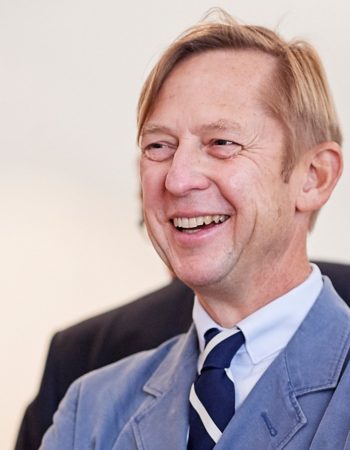 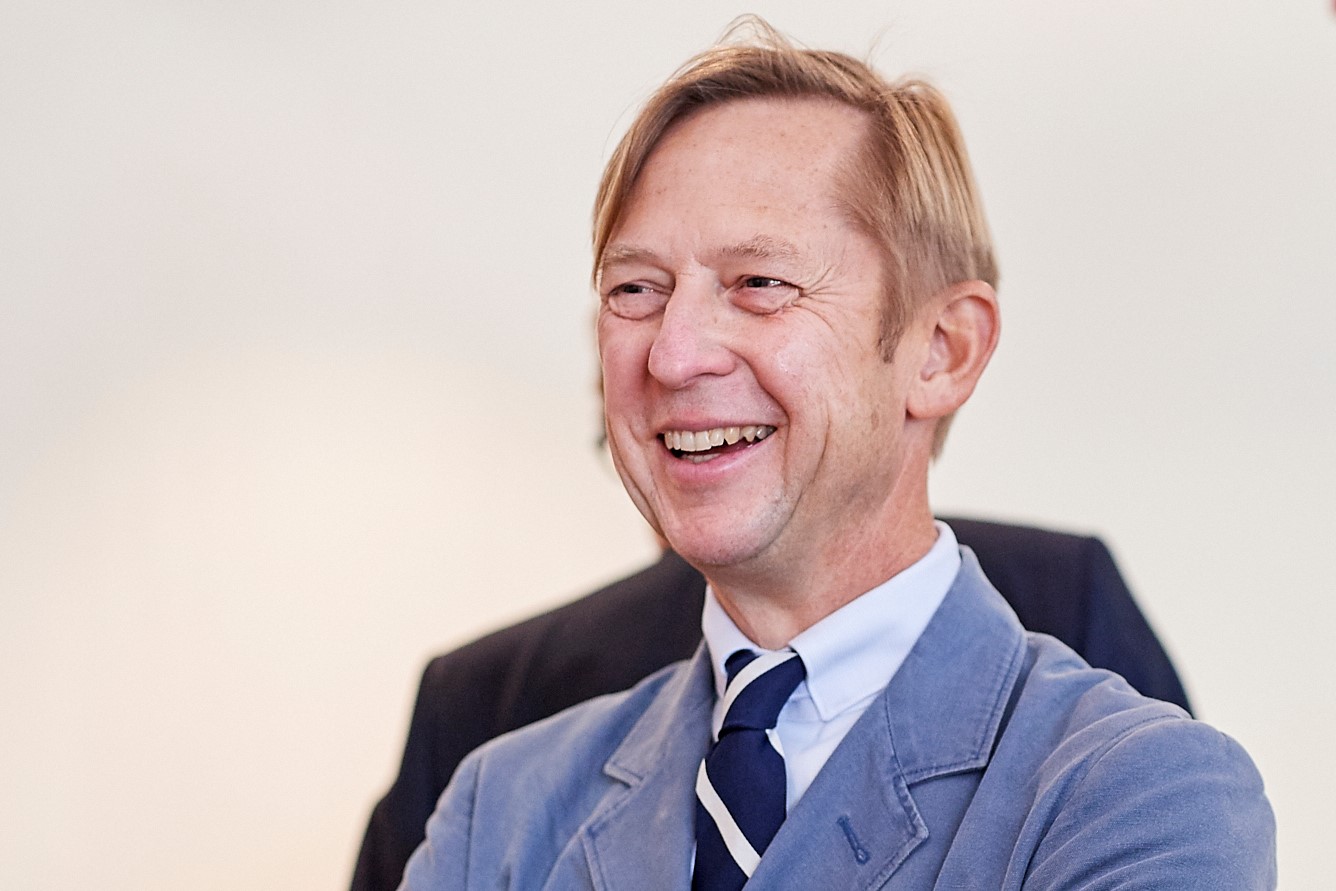 Peteris is a lawyer by background having a JD degree from the University of Southern California. Since Latvia, Peteris’ home country, joined the European Union in 2005, he has been the Head of Unit at the European Commission working on blockchain and digital innovation.

Peteris has a strong passion for blockchain since 2012. He is the original co-chair of the Fintech Task Force. From both the financial services side and the digital single market, Peteris has been working in legislation, policy, funding infrastructure, research as well as working with stakeholders and international cooperation.

From a technical standpoint blockchain is ledger composed of a growing list of records of blocks that are cryptographically linked and managed by a peer to peer network whilst adhering to a protocol for communication between the nodes to validate new blocks.

Essentially it’s a way for validating transactions of data in an immutable and permanent way to ensure that the transaction:

From an EU perspective the EU sees blockchain as a set of distributed ledger technologies which also include Hashgraphand Tangle for example.

Peteris also makes the very permanent remark that decentralisation isn’t black and white. It is a gradient between something that is fully centralised to something that is nearly fully decentralised. This is what makes it so exciting, for Peteris, as it allows for a diverse group of actors to work together whilst preserving their autonomy.

Peteri’s unit is the policy leader on blockchain as a technology. His unit isn’t composed of programmers but instead of engineers, economists and lawyers looking at digital policy. 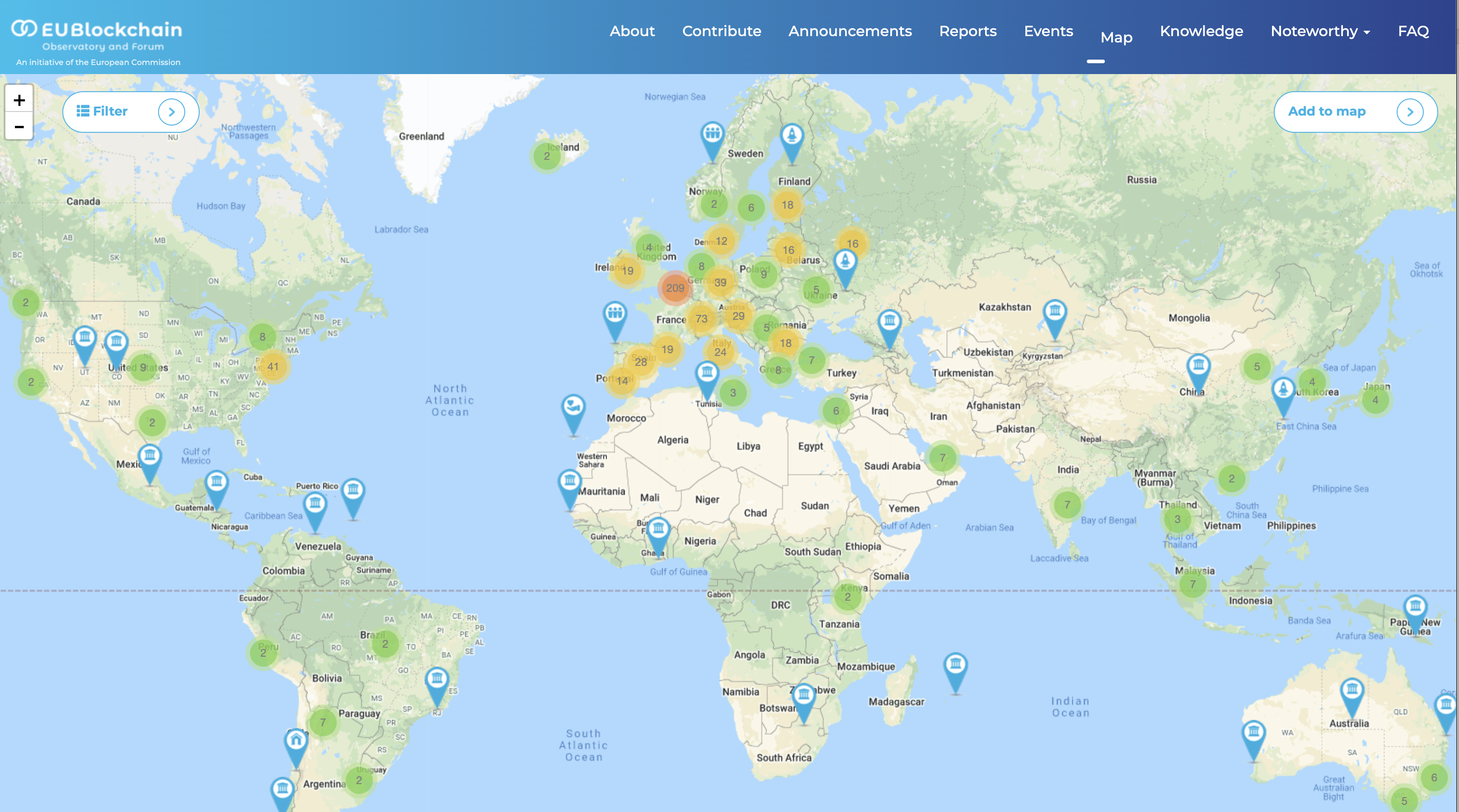 EBSI also acts as a regulatory sandbox where EU and national legislation is reviewed to facilitate the adoption of blockchain. For example, they are working to ensure that there aren’t different requirements for smart contracts across the digital single market. 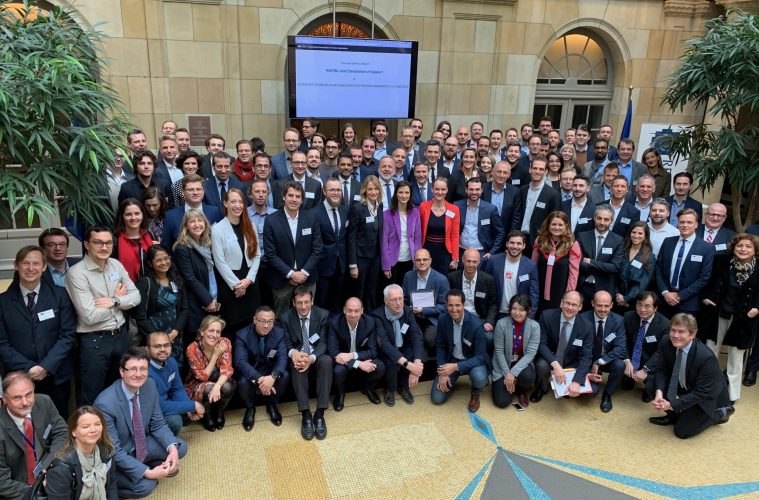 The Digital Innovation and Blockchain Unit collaborates with the International Association of Trusted Blockchain Applications (INATBA) and with the Fintech Task Force to look at possible legislation on digital assets.

By the end of June, the Digital Innovation and Blockchain Unit will be presenting its blockchain strategy to the European Commission commissioners to review and possibly adopt.

The strategy document will talk about the European Blockchain Partnership initiatives to building blockchain services infrastructure between the member states and the European Commission along with the European Court of Auditors. It will talk about utilising a regulatory sandbox approach to ensure that the EU has a pro innovation regulatory framework in place. It will be addressing applications which can benefit from a pro innovation clear framework, whilst at the same time ensuring that consumer protection and investor protection is properly addressed.

The strategy document will recognise that blockchain isn’t the solution for everything but that it can provide unique solutions for European Union public services where there are multi-level governance that respects the autonomy of having national public sector databases whilst sharing information on common policies. It will bring in private actors, in a public private collaboration framework, to facilitate the sharing of data between competitors in a manner that respects competition laws.

The first two year mandate of the EU Blockchain Observatory and Forum ended on the 6th of May and a new one started on the 13th of May. The European Commission selected a consortium consisting of INTRASOFT, the University of Nicosia, the Centre for Research and Technology Hellas (CERTH), and subcontractors (including Bitfury Group, OpenForum Europe AISBL, White Research, PLANET S.A.) as the new partner to operate the EU Blockchain Observatory and Forum, taking over the role from the consortium led by ConsenSys A.G. 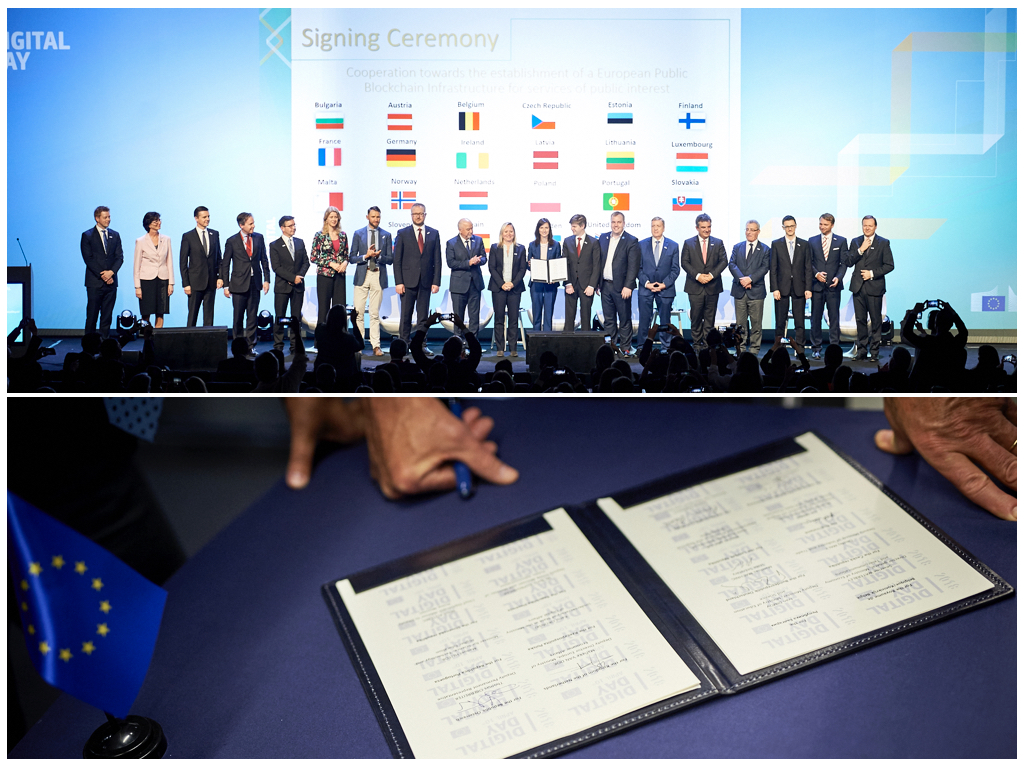 The European Blockchain Partnership is looking at implementing a number of use cases later this year such as: regulatory reporting, tax and customs excise area, diploma certification, certification of audit documents, and self-sovereign identity.

A recently announced new use case in March 2020 is here to explore how small and medium enterprise bonds could be issued on the blockchain across the entire digital single market across the 27 countries. The aim is to speed up this initiative in order to facilitate the access of capital to SMEs during this time of coronavirus.

The European Commission is looking to adopt a regulatory sandbox to help answer the question – is it necessary to look at legislation to evaluate whether or not blockchain is a more efficient way of doing things? For example, the notarization of land sales required all documentation to be done on paper in some European jurisdictions which required changes to the law for it to be done in a digital manner.

This regulatory sandbox is also looking at regulation to identify possible impediments for the usage of digital assets and smart contracts. This means looking at different laws and their interpretation across the member states via a number of actual digital assets and smart contract implementation and possible implementations in the future. Such work by the regulatory sandbox is here to provide legal certainty which helps de-risk further investment by investors in this technology.

How does the EU differentiate itself from China and the US with regards to blockchain?

The EU has a blockchain vision that is looking at the convergence of AI, Artificial Intelligence and IoT, Internet of Things. The EU believes there is a third way for looking at those technologies that is based on a human centric internet also called Web 3.0.

The EU has a more decentralisation approach to blockchain as demonstrated by its multi-level governance for the public sector. In the near future we will see the implementation of nodes across the 29 EU countries which eventually will be scaled up to the hundreds and thousands of nodes to regions and cities across the EU. This will ensure that the EU has a decentralised and multi-level approach to blockchain as it reflects the EU’s own governance model with each citizen having access to it.

Peteris recognises that one of the main challenges of GDPR is with its implementation. He equally feels that whilst blockchain can help EU citizens control their data, ensuring data portability, it is a technical challenge. However, it is one which can be surmounted.

Utilising tools such as zero knowledge proof, chameleon hashes and others, Peteris believes that blockchain can be a state of the art, data protection and data sharing technology that preserves and even heightens self-determination and individual control. Recognising the challenges on issues such as the right to be forgotten, the European Blockchain Observatory and Forum has looked at a proportional application on the right to be forgotten.

Could blockchain have helped Europe deal more effectively with COVID-19?

From a personal perspective Peteris believes that blockchain could have helped Europe deal more effectively with COVID-19. At the same time, he cautions at the idea of thinking of blockchain as the panacea for everything. He believes that if there had been more investment in health, in AI for managing data on a blockchain along with other technologies to ensure citizens’ privacy and reassurance of how their data was being shared, this could have led to a better outcome.

For example, Estonia’s usage of time stamping from Guardtime for the verification of access to healthcare records is something that has greatly ensured and increased the confidence of citizens in the digital health records. For Peteris this is a signal for the EU to invest in public health and in technologies to help doctors and systems work more efficiently and more rapidly.

Peteris is convinced of a “#EU Green Deal” equals a “#Digital EU”. The EU very much sees the European Green Dealand a green transformation going hand in hand with digital technology. For example, it is important that within a democratic society, an important decentralisation element, is that the individual citizen can see how their activity can reduce their carbon footprint. The digital technology will be able to demonstrate in a quantified manner how citizens can reduce their carbon footprint by adopting alternative approaches to running their lives for having a positive environmental impact.

The aim is to twofold:

This can take the form of encouraging citizens to insulating their homes or installing solar panels instead of continue carbon consuming behaviour. It’s about managing citizen’s expectations and giving them real data to inform them of the impact of their choices.

One comment on “Ep. 110 – The European Commission’s approach to blockchain”