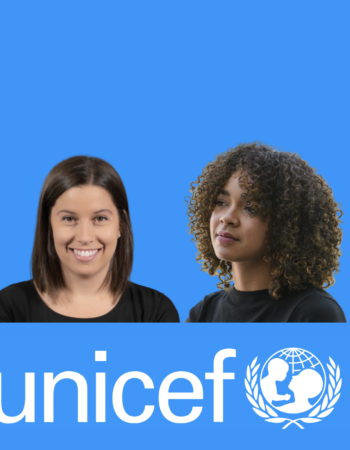 Christina and Ariana produced a report entitled “A Practical Guide to Using Blockchain within the United Nations”. As per its guide blockchain is a type of software made up of records of digital transactions that are grouped together into “blocks” of information and shared securely across computers on a shared network. When a new block is added, it is connected or “chained” to the previous block, making it difficult to change past information. All computers on the shared network retain a complete record of transactions as they occur, representing the entire blockchain. These computers are called nodes. Transactions submitted to a blockchain can only be added and previous data cannot be removed or modified. This is sometimes referenced as an immutable proof of record. 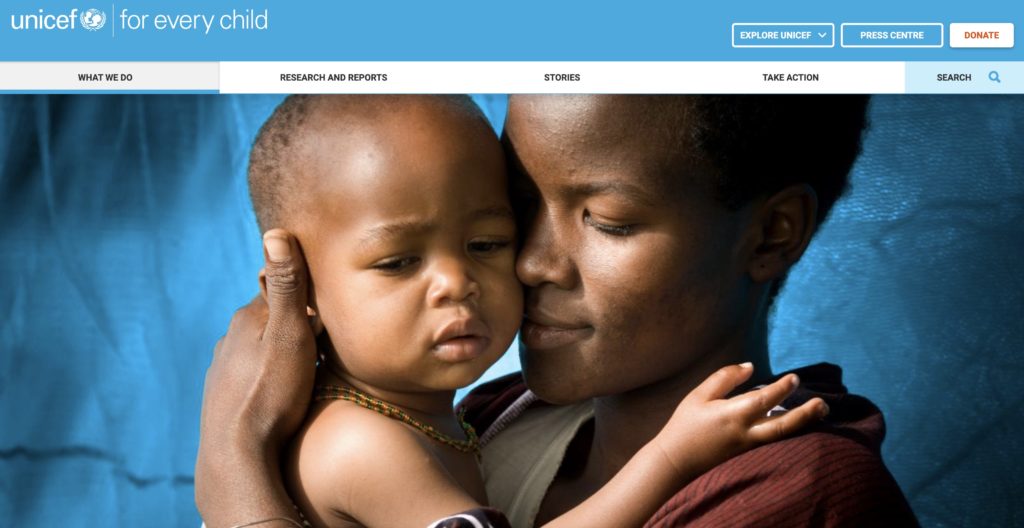 UNICEF, the United Nation’s Children’s Fund, is a 70 years old entity that is part of the United Nations.  UNICEF works in over 190 countries and territories to save children’s lives, to defend their rights, and to help them fulfil their potential, from early childhood through adolescence. UNICEF works to serve children and women around the world, in the areas of education, child protection, child survival such as vaccination, health, and water sanitation. Last year UNICEF responded to over 300 emergencies around the world, on gender issues, and supply chain.

“A Practical Guide to Using Blockchain within the United Nations’

The UN innovation network is an informal, collaborative community of UN innovators interested in sharing their expertise and experience with others to promote and advance innovation within the UN System. Under the UN Innovation Network, Christina and Ariana produced a report entitled “A Practical Guide to Using Blockchain within the United Nations”.

The purpose of producing this guide was to give an introductory resource in what blockchain is. It helps to identify if blockchain is the right technology for a use case. The guide has a number of sections: 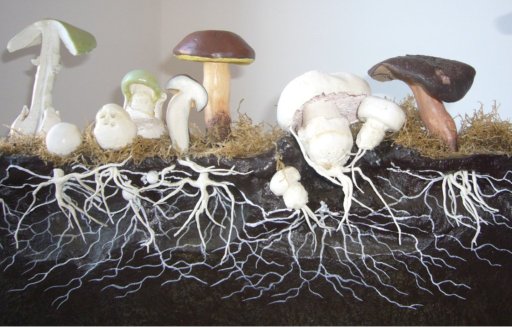 In the report, fungi and mycelium were used as a metaphor to explain what is blockchain. There were two reasons for using this analogy. First reasons, the practical guide is accompanied by a tool called atrium a glass space that has some greenery growing in a sheltered environment.

Second reason, as they started developing the paper and thought about using the atrium, as a greenery, they started to think of systems like fungi and mycelium which are vast underground networks that are critical to plants’ survival but are often never seen but yet are so integral to forest and green vegetation. This is very similar to a blockchain network that people don’t really ever see but provide so much benefit to an ecosystem.

General uses of blockchain having at the UN

Blockchain has three key categories of use cases within the UN:

Within the public records and supply chain tracking, there is a project in Afghanistan looking at land record management. It’s a collaborative project between two different UN agencies, to digitise land records and having a single version of the truth by putting them onto a blockchain so that everyone knows who owns what land and when the registry had been updated or transferred.

The World Food Programme has a project, looking at how to digitise the supply chain of food in one of their largest food corridors between Djibouti and Ethiopia. Taking an analogue and paper process to making it digital and putting in blockchain features to improve its efficiency.

Tracking the exchange of value

For tracking the exchange of value within digital finance also known as DeFi (decentralised finance) in cryptocurrency world.

Building Blocks is the World Food Programme is a blockchain project used in several refugee camps that uses biometrics instead of paper vouchers for getting goods at stores. It’s digital accounting for some of those beneficiary vouchers.

In the fall of 2019, UNICEF launched its crypto fund for UNICEF to be able to receive,

hold and disburse donations of cryptocurrencies ether and bitcoin. This will allow for transparent donations and investment tracking within the United Nations.

Digicus is a smart contracts platform that allows for the streamlined processing of the disbursement of funds within the vendor procurement process.

When a contractual commitment with a monetary value is made between organisations, this relationship can be codified on a blockchain and when a predetermined milestone is met, payment can automatically be sent.

Digital impact tokens are being used as an incentivizing behaviour mechanism for staff at the UN. The tokens create verifiable proof of participation and can be redeemed to provide nutritional bars to children in need, creating double the impact

The Atrium is built on top of blockchain and as participants interact with it they can earn blockchain based badges.

When asked if Atrium really needed a blockchain to be built instead of a centralised database. Ariana, completely agreed that Atrium could have been built without a blockchain but in their next iteration there will be the possibility where UN staff will be able to learn how to programme smart contracts, write smart contracts, and then actually deploy them on this network that atrium is built on. This will give them the ability to know what it feels like to build a blockchain application and see it interact within a blockchain. 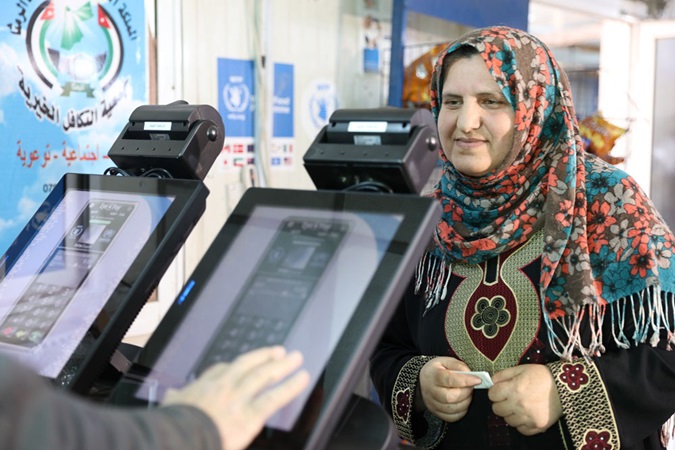 This is a project supported both UN Women and by the Building Blocks of the World Food Programme where blockchain technology is being used in refugee camps to track cash entitlements that are disbursed to the people World Foord Programme (WFP) serves. Cash value from WFP or other partners is stored in an ‘account’ for individual recipients and is maintained on the blockchain.

The cash that people receive or spend on goods and services is paid to retailers through a commercial financial service provider that is built on a private, permissioned blockchain, and integrated with UNHCR’s existing biometric authentication technology—WFP has a record of every transaction. This not only saves on financial transaction fees in the camp setting but ensures greater security and privacy for Syrian refugees. The project currently coordinates the delivery of food assistance for over 100,000 Syrian refugees. Source: “A Practical Guide to using blockchain within the United Nations”. 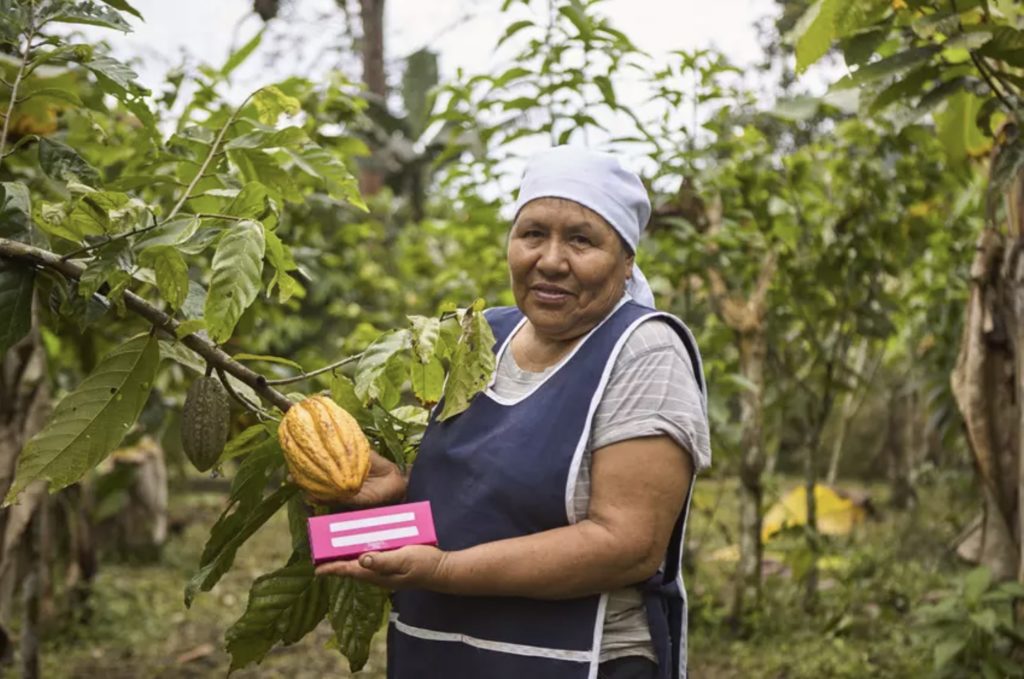 When a chocolate bar is purchased the consumer has two options with their impact tokens. They can either take those tokens and send them back to the farmer. When four tokens are sent back to a farmer, a new cocoa tree is planted, with the intent that this allows the farmer to increase their production and therefore their income.

Alternatively, the consumer can choose to get a discount on future chocolate purchases. Because the token is issued using a blockchain, the tokens transfer can be tracked by anyone, creating an immutable and transparent proof of impact. 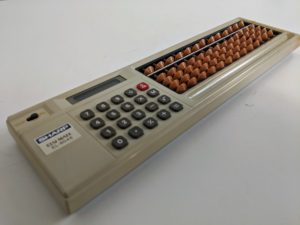 Christina and her team are working with the Kazakhstan office on a project called Digicus which is looking to digitise some of the financial processes in Kazakhstan mainly around vendor payments.

UNICEF works with many partners to deliver its mandate and is innovating in managing those relationships. UNICEF recently leveraged blockchain to digitise and consolidate UNICEF’s agreements with its implementing partners on the ground in Kazakhstan (governments, NGOs, academic institutions) by using smart contracts. The goal of the prototype was to develop a platform to streamline processes related to cash transfers to improve the transparency and accountability of partnerships and related transfers of resources.

Ultimately, the platform allowed for streamlined verification of the results achieved by partners and allowed the blockchain-based smart contract to automatically release the payment, after verification and authorisation.

This platform, called “Digicus”, allows all parties to have a common understanding of what stage a project is at, what goals have been achieved, and showcases how smart contracts can be used to expedite processing of paperwork and payment. Source: “A Practical Guide to using blockchain within the United Nations”.

Linking youth to the future of work

This is a collaborative project between UNICEF South Africa and UNDP South Africa. The project is called Zlto “zlah-toh” which is really around matching young people with small jobs or micro tasks. 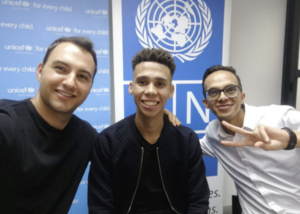 Zlto is an innovative digital rewards system that is aimed at reducing employment barriers youth face such as work experience, the cost of work seeking, and access to credible networks by rewarding them for “doing good”. The micro jobs performed by the youth are stored as a “work asset” on the blockchain which are validated on the platform by recognized reviewers and serve as credible, verified work experience which can assist them in their search for employment.

With the rewards earned through Zlto, young people can access quality opportunities including education, formal jobs, and small business finance. An added advantage of Zlto is that young people earn credits for the micro jobs they perform which can then be exchanged for products and services ranging from basic food supplies such as bread and milk to transport, airtime and electricity. Source: “A Practical Guide to using blockchain within the United Nations”.

In 2019 the Office of Innovation at UNICEF drones team launched a corridor in Kazakhstan. This was the first drone corridor to test out how to coordinate drones in an emergency response scenario. The Kazakhstan country office team asked the blockchain team if they could provide certificates that were validated on a blockchain for the companies flying in the drone corridor.

As UNICEF has numerous drone corridors around the world, the companies would be able to provide recognised certificates to each of the drone corridoes. This was one of the first collaborations the blockchain team had with the drones team.

The UNICEF Venture Fund is a $29M pooled Fund investing in early stage, open-source, emerging technology with the potential to impact children on a global scale. It also provides product and technical assistance, support with business growth, and access to a network of experts and partners.

The UNICEF Venture Fund is the first financial vehicle of its kind in the United Nations and enables UNICEF to learn from and to shape markets of emerging technology such as AI, drones, machine learning, AR, VR and blockchain, that exist at the intersection of $100 billion business markets and 1 billion persons’ needs for international development such as refugees to children and other vulnerable populations.

The funds invests in frontier technologies that will have an impact in UNICEF capabilities to reach its mandate. They look for projects that are open source or willing to become open source. The blockchain team within the office of innovation passionately believe in open source technologies and digital public goods impact as being exponential.

They are presently look for start-ups who have an idea for a use case that is relevant to UNICEF’s mandate to improve the lives of women and children around the world.