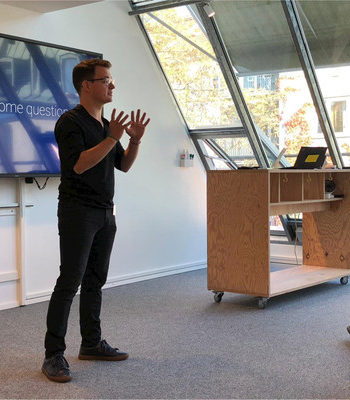 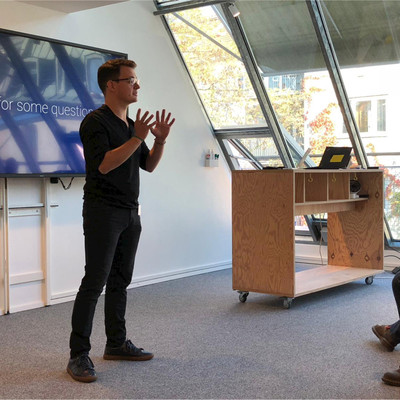 Gustav Strömfelt is Project Manager at the World Food Programme & New Venture Consultant. In this exciting podcast we discuss some of the blockchain work the United Nations World Food Programme (WFP) has been conducting over the years including Building Blocks and collaborations with other UN agencies such as UN Women.

Winning the Nobel Peace Prize represents for Gustav an important spotlight on the importance that food has towards global peace.

Awarding the 2020 Nobel Peace Prize to WFP, the Norwegian Nobel Committee described the link between hunger and armed conflict as a vicious circle in which “war and conflict can cause food insecurity and hunger, just as hunger and food insecurity can cause latent conflicts to flare up and trigger the use of violence.”

The Nobel Peace Prize gives WFP recognition “for its efforts to combat hunger, for its contribution to bettering conditions for peace in conflict-affected areas and for acting as a driving force in efforts to prevent the use of hunger as a weapon of war and conflict.”

Gustav feels very humble and proud to be part of an organisation of 18,000 people, their partners and donors who all work together to ensure that the 690 million people who are hungry worldwide do not go to bed worrying about where they’re going to get their next meal.

A its core, blockchain is a fancy accounting technology with some interesting bells and whistles. From his perspective, Gustav sees blockchain as an amazing way to ensure a unified vision of the truth across participants in an ecosystem. This creates the opportunity for consensus to be shared between organisations that’s effectively coded into an underlying platform.

From an application standpoint it opens huge opportunities for collaboration and cooperation for use cases that considers the needs of an ecosystem and a common customer. Whether that’s a specific good that’s passing through a supply chain or an individual receiving tokens.

Blockchain is a great way for the WFP to drive transparency, consensus and a unified vision of the truth.

About the World Food Programme (WFP)

Created in 1961, the WFP’s purpose is to eradicate global hunger because one in 11 people worldwide doesn’t have enough to eat.

The United Nations World Food Programme (WFP) is one of the largest UN agency with 18,000 employees serving 138 million people worldwide across 83 countries. Every year the WFP gives out 15 billion food rations and $30m in cash. At the moment the WFP is probably one of the largest operating airlines in the world with over 100 aircraft along with 30 ships, 5,500 trucks actively moving goods and people to deliver humanitarian responses around the world.

Houman Haddad, is the founder of the WFP’s Building Blocks which launched in 2017 as part of their Blockchain for Zero Hunger initiative.

What Houman realised was how inefficient cash transactions are from the creation of beneficiaries accounts to the way transaction are performed.

The majority of cash delivery processes in humanitarian organisations is done through the creation of virtual accounts with a financial service provider. They hold custody of those accounts as in many cases refugees are not given the ability to open their own named accounts. Some from of authentication mechanism is created for the refugee’s virtual account via a card or via biometrics for a transaction to take place between the financial service provider and the merchant which has been contracted by the humanitarian organisation.

That process creates significant costs. In Jordan for example the WFP is servicing 140,000 beneficiaries across two refugee camps, four merchant shops with each transaction costing a fee between 2 – 3%. With 300,000 – 400,000 transactions a month this transaction cost can rise significantly.

Gustav recognises that at the beginning they could have used a simple database to deliver the building blocks voucher programme. However, blockchain has enabled them to bring on other organisations such as the UN Women. Blockchain has also enabled to create a lot of trust between the WFP and its vendors in Jordan who do not need to invoice the WFP anymore as they trust the information provided to them by Building Blocks.

Insureblocks ran in 2018 a campaign to collect funds in support of the WFP by recognising the blockchain work they did with Building Blocks: 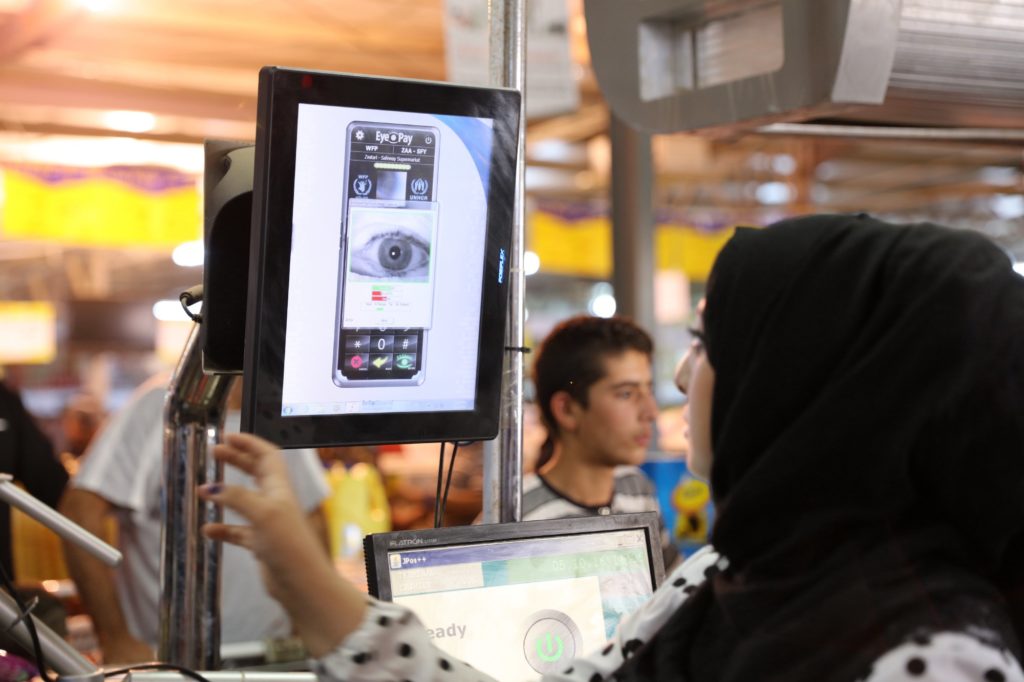 UN Women pay women in refugee camps for the work they do there. Traditionally this was done by cash, where cash was transported to refugee camps which can be risky. UN Women and WFP collaborated together to leverage Building Blocks to facilitate the transfer of cash to women in the Za’atari and Azraq refugee camps in Jordan.

UN Women uses the blockchain system to transact vouchers as a proxy for the Jordanian Dinar. The way it works is that a woman goes into a supermarket, authenticates herself with an iris scan which enables her to access her UN Women digital cash wallet in order to receive cash from the supermarket tills.

The Atrium, an interagency platform for blockchain technology, built on blockchain, designed to support learning, collaboration and conversation amongst the UN community.

The Atrium was created two years by Gustav along with Christina Lomazzo and Ariana Fowler who also appeared on Insureblocks in Utilising blockchain at UNICEF. It was created as the three co-founders realised there was a lot of replication between different blockchain initiatives within the UN. The initial idea was how they can support the sharing of intellectual property, the sharing of ideas between UN agencies and thus reduce replication and increase collaboration.

Since the launch of the prototype in mid 2019 UN staff members can come learn about blockchain and develop their own smart contracts. They can use a private permissioned network within WFP and UNICEF to test out ideas

The WFP Innovation Accelerator Programme was launched in 2015 to pilot new solutions and scale promising innovations to disrupt hunger.

In just five years, they have evaluated over 6,100 applications, supported more than 100 projects around the world, with 14 innovations scaling up to reach 3.5 million people. In 2020, they were one of 10 organizations worldwide to be named in Fast Company’s 2020 awards: “Best Workplace for Innovators” and “Innovation Team of the Year.”

A number of exciting applications have come up from he WFP Innovation Accelerator Programme such as: