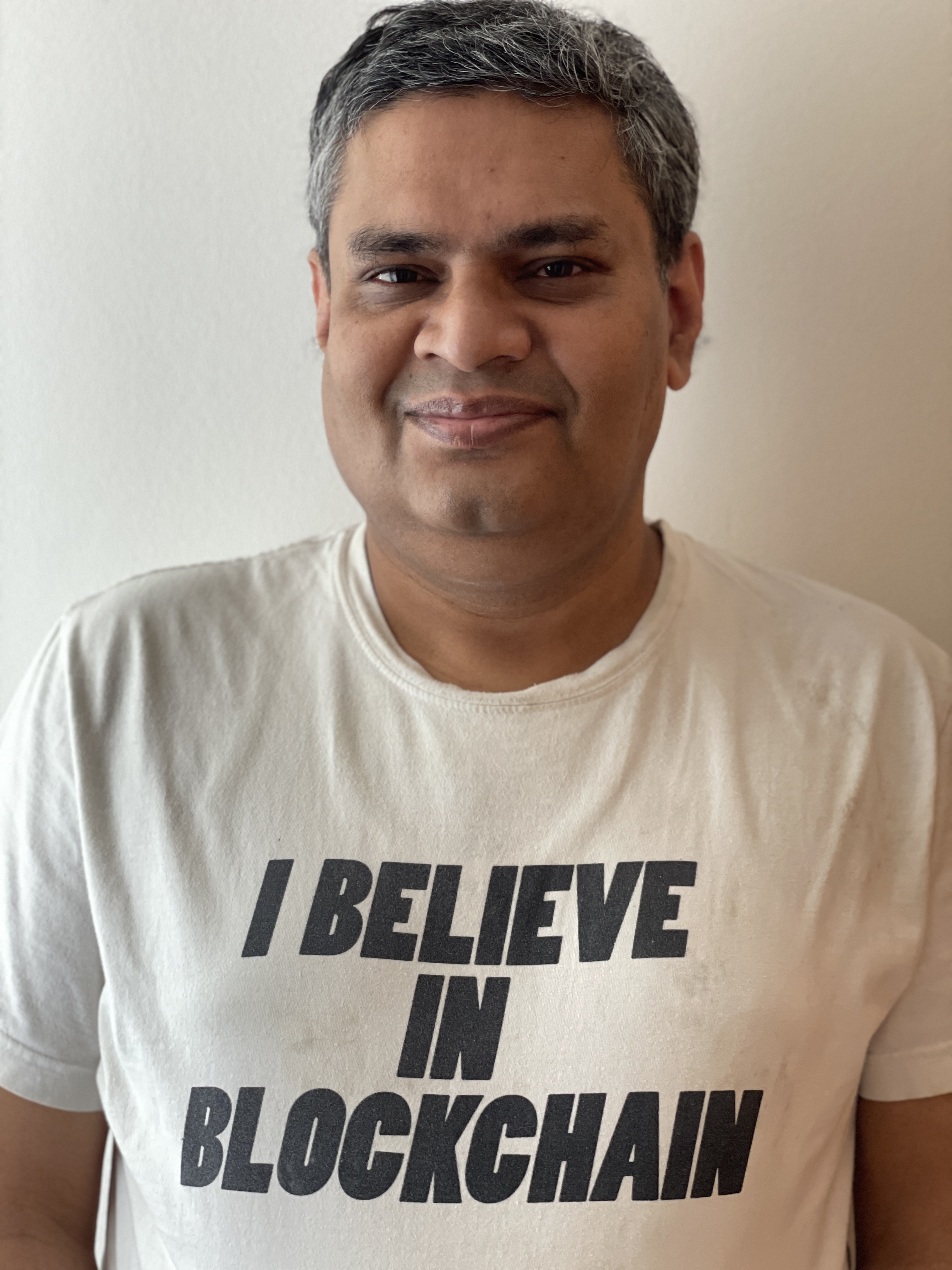 Pratap Tambe is the Head of BFSI Blockchain Consulting, UKI and Europe at Tata Consultancy Services (TCS). He has has 25 years of experience has been working in commercial insurance since 2011 and in blockchain with insurance since August 2015. In this podcast we discuss TCS partnership with B3i and how blockchain has evolved in the insurance industry since 2015.

In blockchain that transaction will be saved in a chain of blockchain which isn’t necessarily the case in DLT.

Tata Consultancy Services (TCS) is a 50 year old IT services company that is part of the Tata Group which has revenues of $106 billion. TCS has $22 billion worth of revenue from 470k global professionals that employs 36.4% women from a total of 147 nationalities.

In November 2020, TCS partnered with B3i to design, develop and launch ecosystem innovations based on DLT for the insurance industry.

Having worked in the London insurance market since 2011, Pratap is sharply aware of the difficulty competitors have in collaborating together. He believes that B3i has managed to launch a consortium blockchain of the ground with the participation of a number of those competitors.

B3i has developed a strong product vision and technology which requires a strong system integrator (SI) partner like TCS. As an SI, TCS plays a key role in enabling and scaling consortium blockchains to succeed.

TCS already works with many global insurers and reinsurers across geographies from providing IT services support. Because of these relationships TCS brings unique value in helping blockchain consortiums provide back end integration into the blockchain to their customers and partners.

Insureblocks is a big fan of the notion of ecosystems of ecosystems. We perceive a future where we will see cross industry blockchain consortiums connecting and exchanging value between each other. For example, B3i could connect to PharmaLedger in the pharmaceutical space or to Marco Polo in the trade finance space.

Pratap states that B3i connecting with other blockchain consortiums is part of the agenda. He also states that this fits well within TCS strategy of driving ecosystems whether or not they use blockchain.

Blockchain in insurance since 2015

In August 2015, Pratap published an article entitled “Blockchains and London insurance market?”. Back then he was a great fan of the potential of blockchain. Over the last 5 – 6 years there have been a lot of PoCs and progress but he personally believes that a lot of potential still lies unactualized. Pratap reminds us that blockchain is a difficult technology and it’s still in its early days.

He points that if you track B3i: In September 2019, B3i released catastrophe excess of loss placement. In September 2020 they released catastrophe excess of loss technical accounting. Pratap predicts that in 2021 they will release claims. With the launch of claims you will have all three pieces of the puzzle and will be able to prove business value.

From August 2015 to about September 2017, Pratap didn’t believe there was an opportunity for public blockchains in the insurance space. However, that changed in September 2017. Pratap believes there is a role for public blockchain with regards to identity, risk and data exposure. For example, he believes that SSI (Self Sovereign Identity) is the best model for KYC.  Additionally exposure data as an attribute of an SSI is a natural means for managing that exposure data.

The Baseline Protocol is an approach to using the public Mainnet as a common frame of reference between different systems, including traditional corporate systems of record, any kind of database or state machine, and even different blockchains or DLTs.

This is important for business that wants to utilise the immutability properties of blockchain technology. It lays a foundation for working directly with the widely available public Ethereum network in a manner that is enterprise friendly.

Pratap recognises that whilst the Basesline protocol is very interesting it isn’t going to become a dominant architecture due to the technical constraints of public blockchains.

In April 2018, Pratap published an article entitled “Improving the quality of cyber underwriting” that was well received by the market. Unfortunately as there wasn’t any privacy protected blockchain solution available at that time, the solution didn’t take off.

Now that B3i blockchain is available having cyber insurance solution on a blockchain is back on the agenda. Products like TCS Ignio, which is installed within an enterprise IT infrastructure, gathers the IT footprint of that enterprise through an inside out manner. This inside outer data is used to fit into standard cyber risk models. In 2018 the dominant approach for cyber insurance solution was the outside in approach. However, by using blockchain you can use a inside out approach in a secure and privacy protecting manner. You can also pool and share claims and loss data.

Pratap brings up the example of deepfakes whether it’s the one of Obama or the most recent one on TikTok with Tom Cruise:

These deep fakes have the potential to create some big losses and Pratap is surprised this hasn’t yet happened. SSI has the potential to help validate the person within a video or if you are speaking to the person you should be speaking to. This is important for it could help staff within a large company to validate that it is the CEO of their company who is instructing them to make a wire transfer for example.

Pratap discusses such kind of mechanisms and others in his video:

Blockchain’s role in sustainability and in reducing modern slavery

Pratap and his wife wrote two papers last year regarding using AI and blockchain to reduce modern slavery: “Reducing Modern Slavery Using AI and Blockchain”. In the paper they discuss the use of Microsoft AI, SSI technology and Ethereum baseline to reducing modern slavery globally. Their paper has garnered interest with both Swedish and UK retailers.