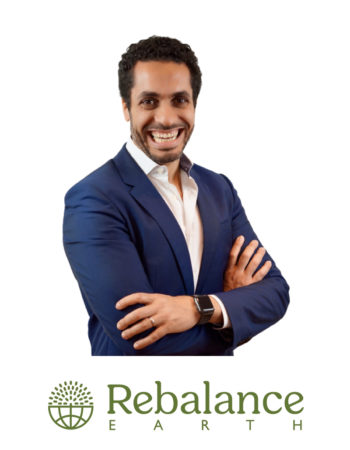 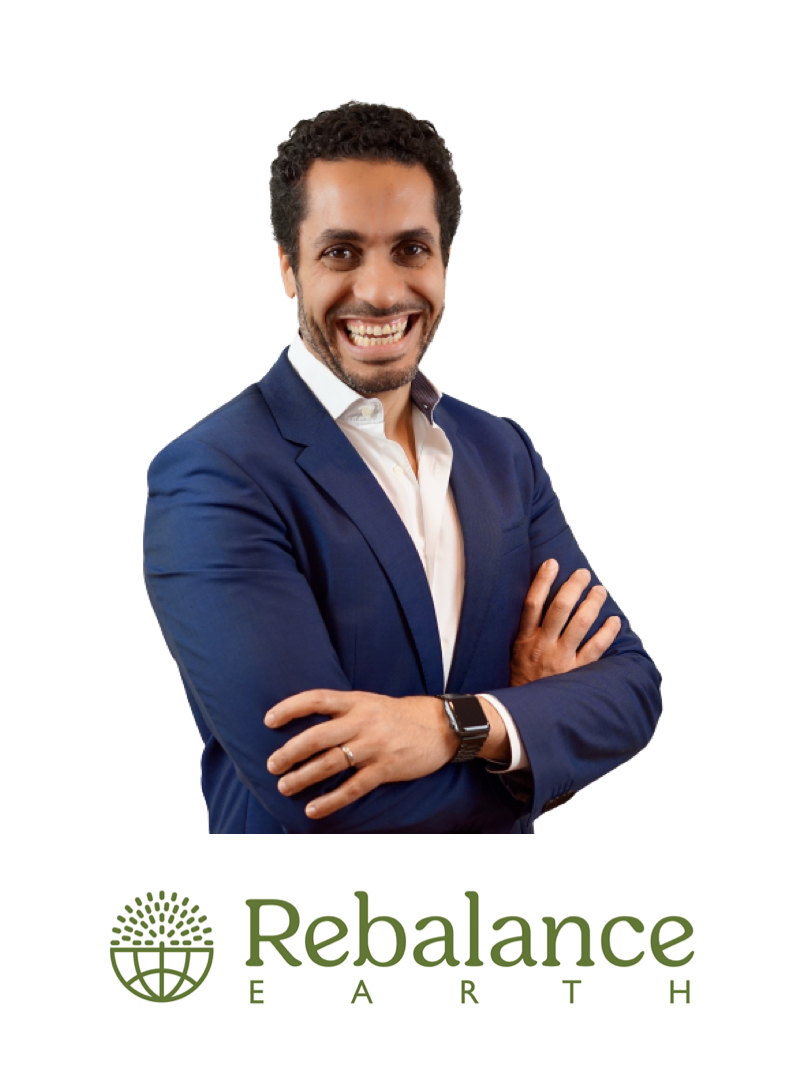 Walid Al Saqqaf, Founder of Insureblocks and CEO & Co-Founder of Rebalance Earth joins us in this podcast to discuss the role blockchain has in fighting climate change but also the impact it can have in regenerating biodiversity. In a world that is increasingly threatened by the challenges of climate change, ecosystem destruction, and the 6th mass extinction, carbon credits and carbon offsetting markets seem ill equipped to face them. The markets are plagued by a lack of transparency and a number middlemen here to make a quick buck, can blockchain, AI and Internet of Things along with keystone species like African Forest Elephants provide an answer?

Bruce Pon, co-founder of Ocean Protocol, mentioned blockchain as this “general purpose technology” like the steam engine during the industrial revolution. Now everyone will tell you that blockchain is a distributed database that removes the need for intermediaries and that has immutable or tamper proof properties.

From the perspective of Rebalance Earth, Walid looks at blockchain from two perspectives, a short term and a long term one:

On a short term it is a technology that allows for the transparent, traceable and trusted transfer of value, from firms and households wishing to rebalance themselves, to local communities that are here to safeguard keystone species like African Forest Elephants who perform the carbon offsetting services and the maintenance of whole biodiverse ecosystems.  All this in a transparent manner to avoid corruption and double counting.

From a long term perspective, we all know today that biodiversity is important. However we don’t have enough data to understand how important it is, and crucially how much it’s worth. To get the necessary amount of data to begin to understand biodiversity you need a very large number of actors around the world to share their data. This is where blockchain can come in, in the creation of a data marketplace that will facilitate the share of data to unlock the value of biodiversity

Co-founded by startup founder, Walid Al Saqqaf, Assistant Director at the IMF, Ralph Chami, world renown conservationist Ian Redmond, along with 60 volunteers, Rebalance Earth is a purpose driven company whose aim is to re-imagine carbon offsetting as a mechanism to fund the protection of keystone species to promote and regenerate biodiversity. Other ecosystem services attributable to these species will follow as research reveals the value of their role in the ecosystem.

Biodiversity is the variety of life on earth in all its form and all its interactions.

A keystone specie is an organism that helps to define an entire ecosystem. It is one which has a disproportionately large effect on its natural environment relative to its population size. If that species dies an entire ecosystem risks collapsing. Equally if a keystone specie is reintroduced into an ecosystem it can reflourish. This is the case of what happened in the Yellowstone National Park when 31 wolves were reintroduced into it in 1995.

The company headquartered in the UK, uses nature-based solutions augmented with innovative technologies such as blockchain, AI (artificial intelligence), and IoT (internet of things) sensors to monitor the “client’s animals’” and manage the transfer of carbon offsetting dollars to local communities in Gabon.

The Kyoto Protocol was adopted on 11 December 1997. Owing to a complex ratification process, it entered into force on 16 February 2005. Currently, there are 192 Parties to the Kyoto Protocol.

In short, the Kyoto Protocol operationalizes the United Nations Framework Convention on Climate Change by committing industrialised countries and economies in transition to limit and reduce greenhouse gases (GHG) emissions in accordance with agreed individual targets. The framework pledges to stabilise greenhouse-gas concentrations “at a level that would prevent dangerous anthropogenic interference with the climate system”.

Emissions trading, as set out in Article 17 of the Kyoto Protocol, allows countries that have emission units to spare – emissions permitted them but not “used” – to sell this excess capacity to countries that are over their targets. Thus, a new commodity was created in the form of emission reductions or removals. Since carbon dioxide is the principal greenhouse gas, people speak simply of trading in carbon. Carbon is now tracked and traded like any other commodity. This is known as the “carbon market.”

Unfortunately the resulting carbon markets were murky, lacked transparency and were full of middlemen whose only objective were to enrich themselves.

Carbon Credits and the voluntary carbon offset works with certification bodies such as The Gold Standard and Verra. What are these bodies essentially do is provide trust. Rebalance Earth believes that by opening up its science model of how keystone species like the African Forest Elephants perform carbon sequestration services and demonstrating how its uses a network of sensors to act as what is called in the blockchain world, Oracles (trusted sources of truth) they can build trust with their partners and customers through a transparent and traceable platform.

With regards to the science behind the model of the African Forest Elephant you can read the paper by Fabio Berzaghi and colleagues in Nature Geoscience entitled “Carbon stocks in central African forests enhanced by elephant disturbance“. This paper provided Ralph Chami and his colleagues the science to build their valuation model that an African Forest Elephant provides $1.75m of carbon offsets and carbon sequestration in their 60 years lifespan.

Walid recognises that from an MVP they don’t necessarily need a blockchain. However when looking at a 5 – 20 years timeline a blockchain platform makes a lot more sense. In the future the science model can be uploaded onto the blockchain platform for national governments around the world to upload their keystone species onto the Rebalance Earth platform as long as they follow the guidelines of the science model. This will enable Rebalance Earth to rapidly scale in a distributed manner and allow nation states to value their natural capital and generated revenue from them. For example Indonesia could generate revenue by uploading the orangutang onto Rebalance Earth. Carbon offsetting buyers will thus be able to have a mixed portfolio of keystone species around the world.

Mixing blockchain along with AI and IoT

For Rebalance Earth to be successful it needs a platform that provides trust, transparency and traceability. Blockchain can provide such a platform but Oracles, trusted sources of data are required. Having IoT (internet of things) sensors that provide imagery, videos, acoustic and DNA data is critical to be able to prove that individual elephants are alive. The the elephants clients have hired out for their carbon sequestration services are alive and in their natural habitat. Using a wide range of sensors requires a sophisticated AI (artificial intelligence) to be able to combine all these different sources of data to distinguish a unique elephant.

For Rebalance Earth, success is having a platform that achieves the following goals:

What can you do?

Rebalance Earth is an initiative that has attracted 60 volunteers from around the world. 95% of them have never met! Three principles bind them together:

Recognising the enormous challenge and requests for support the initiative, Rebalance Earth has launched the Guardian Platform.