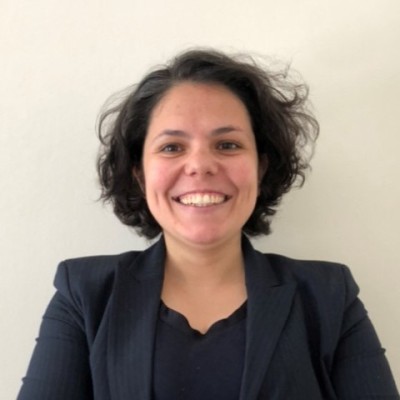 Asset tokenisation has become one of the most prominent use-cases of distributed ledger technologies (DLTs) in financial markets, for assets including securities, commodities and other non-financial assets. For this podcast we had Iota Nassr, Economist and Policy Analyst at the OECD, join us to discuss her recent OECD report on the tokenisation of assets and their potential implications for financial markets.

Iota started working as an investment banker at Merrill Lynch and at Citigroup before joining the OECD for the last 9 years working for the committee on financial markets. The committee has set up an expert group on financial digitalisation which includes representatives of central banks, finance ministries, treasuries and other financial authorities from the 38 OECD members. The group looks into Fintech related matters in financial markets and their policy implications including the area of blockchain in finance.

Blockchain is a type of distributed ledger technology, that records information in a distributed manner, in an immutable, time stamped and programmable manner that allows for the exchange of value without the need for a trusted central authority or without the need of intermediaries.

This allows for efficiency gains on the back of such disintermediation.

On the 17th of January 2020, the OECD published the “Tokenisation of assets and potential implications for financial markets” report.

Since 2018, the OECD committee on financial markets had been working on blockchain related issues. What kicked it off was the ICO (initial coin offering) hype, which the OECD looked at for their potential for SME financing in a report entitled “Initial Coin Offerings (ICOs) for SME Financing ”. With the drop in ICO hype the committee continued to have an interest on the potential of tokens and tokenised markets post ICO, particularly on their potential proliferation in the technique of tokenisation would affect traditional financial markets.

What they were really looking at is a theoretical environment where tokenized assets and market for tokenized assets take off. If that were to happen, how would it affect financial markets? And what do policymakers need to know and think ahead of that? That was the initial objective of the tokenisation of assets report they published in January 2020.

What is tokenisation of assets?

The report looks at tokens from two perspective: (1) tokens representing a pre-existing real asset and (2) tokens “native” to the blockchain. 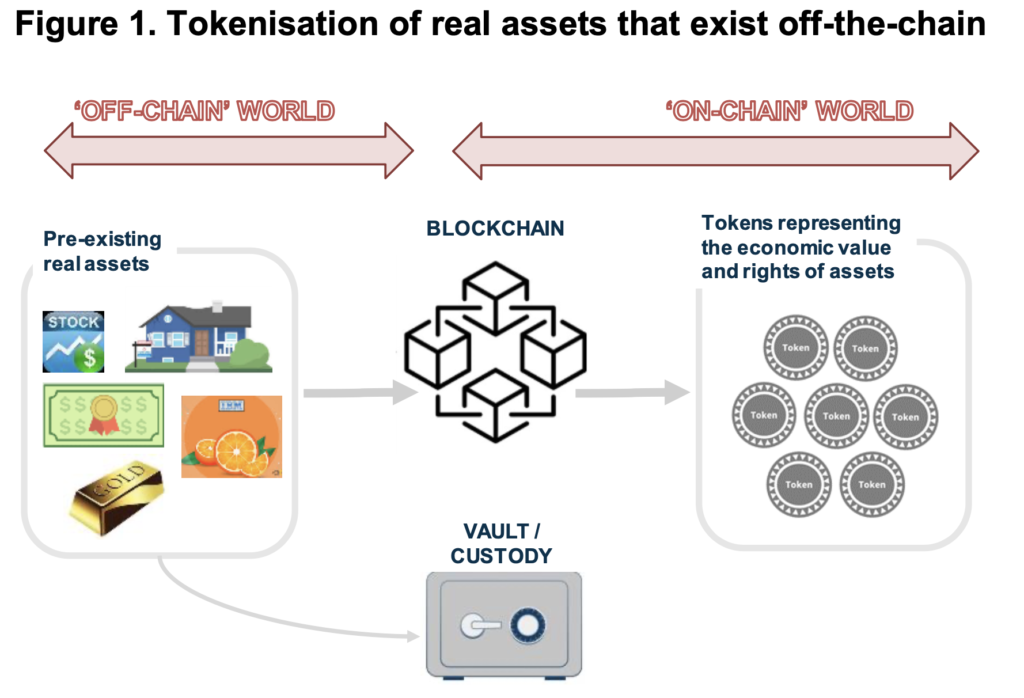 The firsts case has tokenisation as the process of representing in a digital way by using the DLT an asset that already pre-exists. The tokens exist on the chain and carry the rights of the assets that they represent. They effectively act as a store of value for something that exists in the physical world.

In the second case, we have native tokens which are built directly on the chain and live exclusively on the distributed ledger. Cryptocurrencies like Bitcoin or payment tokens are examples of native tokens which derive their value in of themselves and are defined by their existence on the blockchain.

The difference between the two is that in the first case the real assets on the back of which tokens are issued, continue to exist in the off-chain world. In the case of physical real assets, those would need to be placed in custody as to ensure that the tokens issued are constantly backed by those real assets. In the second case the issue of custodianship or third parties securing the existence of the tokenised asset does not exist.

Benefits, risks and challenges to the wide adoption of tokenisation 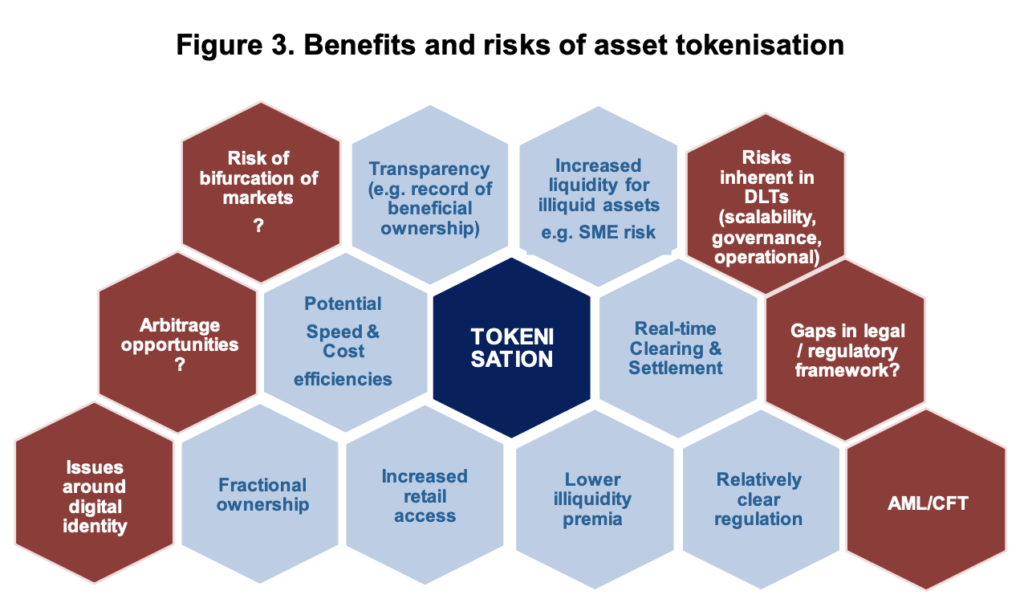 Iota, states that there are a lot of purported benefits to tokenisation, since we are still in a phase of having more pilots than actual practical applications. The number one and the most important one in her view is the efficiency gains such as the transfer of value on the blockchain without the need of an intermediary.

Such kind of disintermediation, coupled with smart contract automation on the blockchain potentially reduces the cost of any transaction and speed of execution.

Blockchain allows for fractional ownership of assets which in the past may have been beyond the reach of the average retail investor. An example of this was when a $30m luxury Manhattan condo development was tokenised back in 2018. Such tokenisation results in a more inclusive investor environment which can increase liquidity to previously illiquid asset classes. SME private placements, venture capital funds, small investor funds which are currently some of the most illiquid asset classes can receive liquidity by tokenising these asset classes.

In addition, as with any DLT based applications there comes the benefit of increased transparency, immutability, security and auditability.

There are however a number of challenges that need to be addressed. There are questions concerning operational risks, the technical feasibility and scalability. Add to that the legacy cost of infrastructure and the need for potential interoperability in the tokenise markets there is still some way to go before the tokenised markets really take off.

The role of regulatory policies

Iota recognises that the possible lack of clarity in some parts of the world, particularly in the early stages of the development of this market, could have acted as a potential hurdle for the industry. However, since then there has been a phenomenal progress. For example the introduction of innovation hubs and sandboxes that cater for DLT based financial services and products. The FCA has a sandbox catering for DLT projects. In the context of the European commission proposal there is a section for specific DLT application based sandbox to receive a number of pilots within it.

The BIS innovation hub has delivered a number of pilots for DLT based applications in finance such as Project Helvetia.

By using DLT, transactions can be enabled between participants without the need for a central trusted authority as trust can be distributed between the nodes of the network. No middleman is required to validate the transactions between two parties. Investors for example can actually acts as their own broker/dealers as the transactions are confirmed by the participants themselves. This removes the payment of feeds from the traditional financial markets that would have gone for brokerage or any other entity intermediary functions.

The greatest disintermediation, question comes at the post trade at the clearing and the settlement of the transaction. The post- trade multi-step process is simplified and the back-office administrative burden is lowered significantly as you don’t need the central securities depositories or the need for a clearing house. Because in theory the DLT will be acting as the clearing entity and as the counterparty for the completion of trades.

Trades will be settled and validated by the participants of the network instead of a central authority.

According to the OECD report, for settlement to be achieved in as near real-time as possible and for delivery to be confirmed, the securities transacted and the corresponding payments need to switch ownership simultaneously. This opens up the opportunity for central bank digital currency (CBDC) or for stablecoins.

With tokenised securities on the blockchain either type of coins would allow for delivery and near real time settlement to become a viable and feasible proposition. This will also allow of the removal of lengthy processing and fees that are used in the off chain environment.

The dilemma between using CBDCs and using private stablecoins affects the atomic settlement. CBDCs for example have less risks than stablecoins whether it’s in the form of credit risk, proper audit or a number of other issues.