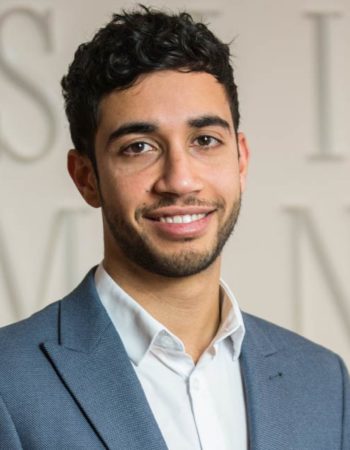 Ep. 33 – Healthcare and Insurance on the Blockchain – Digipharm 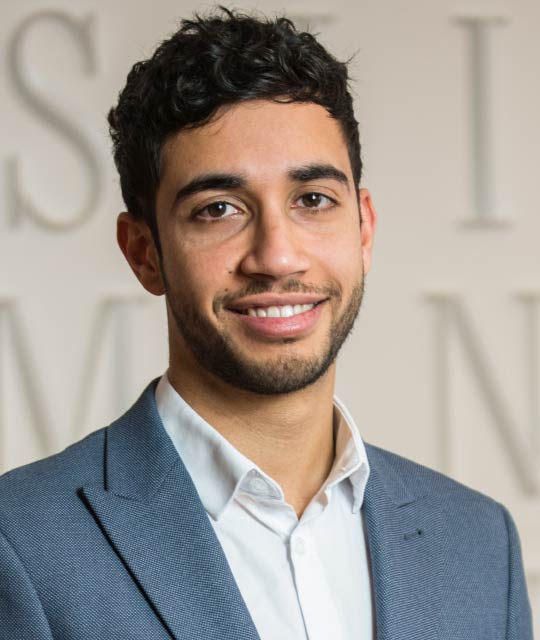 In this week’s episode we will investigate how blockchain is being deployed in the healthcare and the health insurance industry. Our guest is Ahmed Abdulla, CEO & Founder of Digipharm. Prior to founding Digipharm, Ahmed was a Global Health Economist at Rosche and Research Associate at the University of Liverpool. In addition to his present role as CEO, Ahmed is a Blockchain expert in healthcare for the United Nations Economic Commission for Europe.

According to Ahmed, blockchain is a collection of records – referred to as ‘blocks.’ Through cryptographic hashes, a block is linked to the previous block. This creates an open and distributed ledger, which is cryptographically secure, timestamped and immutable.

Digipharm began as a project a year and a half ago with a goal of becoming an independent third-party platform to implement value based healthcare which is the notion of paying for healthcare on the basis of the performance of the treatment or drug.

Ahmed explains that there are two major factors that prevent patients from accessing the best healthcare facilities.

Speaking from experience, Ahmed highlights that pharmaceutical companies spend millions in R&D activities for new drug development. Once a patent for a drug has been obtained, the pharmaceutical company must undergo the process of securing FDA or EMA approval. Hence, there is a short period of time between receipt of approval and expiry of the patent i.e. the company must recover its expenses and generate profit in a relatively short period of time.

As a result, the prices of new drugs are usually quite high – customers are unable to handle the ever-increasing cost of medical treatment and parties (such as the Government, insurance companies etc) struggle to meet these rising costs.

Approval for new drugs or treatments are given based on evidence collected during clinical studies. Thus, there is uncertainty of the performance of such drugs and treatments – this creates the need for a mechanism where performance data is tracked, and outcomes data is used to pay for healthcare.

As described by Ahmed, there is a misalignment of incentives of various stakeholders within the health economy. Customers and other payers (Governments and insurance companies) wish to reduce the rising cost of medical treatment and counter the uncertainty of the outcomes of medical treatments, pharmaceutical companies are forced to charge high prices to recover their investments into R&D and regulators are unable to lower standards to maintain safety.

Does such a model exist?

“Value-based Health Care is a mature concept. It is not something that Digipharm has developed. The issue lies within its implementation.”

When asked if such a model can be implemented, he explained that the ‘outcomes’ of a treatment or drug which form the basis for determining payments under a value-based healthcare system can be quantified. In this regard, he gave some examples –

Thus, there are measurable outcomes that can be used to determine performance and hence, determine payments under a value-based healthcare system.

How does Digipharm help in the implementation of this model?

Ahmed clarified that Digipharm does not replace the initial (face-to-face) negotiations between manufacturers (drug or treatment providers) and payers (such as insurance companies.)

Digipharm helps by providing a platform to automatically reconcile pricing agreements – patients start treatments at different times and reach the various stages of illness or recovery at different times – there is a need for a system that can track all patient events. Presently, such reconciliation is done manually – which is exposed to human error, data mismatches and potential fraud.

The challenge – getting the data right

Ahmed suggests that a solution should be able to integrate to health information systems or clinical data registries, for example, using an API link to access NHS information. Digipharm facilitates integration with health data in full compliance with the health industry standards for electronic health records.

Why is blockchain used?

At Insureblocks, we feel it is important to ask our guests why blockchain was chosen as the technology to help them solve their business problem.

How does blockchain fit into the value-based healthcare model?

Digipharm has built its platform on the Hyperledger Fabric protocol.

Ahmed highlights that pricing agreements in the healthcare sector are extremely confidential given the hyper-competitive nature of the industry and large sums of money involved in deals. Hyperledger Fabric delivers a high level of security to participants due to its permissioned nature and the active involvement of IBM.

Is blockchain the only technological solution to the problem?

Ahmed states that a solution could have been developed without blockchain. However, blockchain is an ideal solution due to its decentralised nature and the fact that it provides real-time visibility of data and events to all parties (who have the requisite permission.) Value-based healthcare is driven by collaboration and the decentralised nature of blockchain fosters such collaboration.

Furthermore, taking a long-term view, Ahmed mentions that there are digital ID solutions being built on blockchains – this could allow platforms such as Digipharm to track patients and deliver personalization and thus, improve patient outcomes.

In a recent episode, we covered Digital IDs on blockchain. Currently, Nodalblock offers a DigitalID solution that can be embedded into Ethereum or a private blockchain developed by Nodalblock for a client. Furthermore, Accenture recently announced it is testing an interoperability node between Ethereum and Hyperledger fabric.  Thus, incorporation of digital IDs in the Digipharm platform is not a far-fetched idea.

The role of health insurance companies

Ahmed states that “health insurance companies are one of the key stakeholders within our minimum viable network.”

What are the challenges?

In the words of Ahmed, “If we went in there (referring to meetings with healthcare ecosystem participants) and said it (the Digipharm solution) was a software and we didn’t mention blockchain, I think it would be a lot easier for us.”

Ahmed highlights that Digipharm has also partnered with Swisscom Blockchain to assist the IT teams of participants to understand and implement blockchain.

Digipharm is currently planning various pilots with parties including leading pharmaceutical companies and international health authorities. Ahmed expects that each pilot will be different – covering areas such as digital IDs, bespoke integrations with custom electronic medical records, integration with medical devices etc. Digipharm aims to run these pilots around Q1 and Q2 of 2019 and take the learnings to develop a production level software.

Ahmed mentions that there is a special partnership to build blockchain based e-hospitals in the cloud and that there will be a token sale (initial coin offering) to raise funds.

Ahmed has provided some excellent insight into how blockchain can be deployed in the healthcare sector to implement a value-based healthcare model.