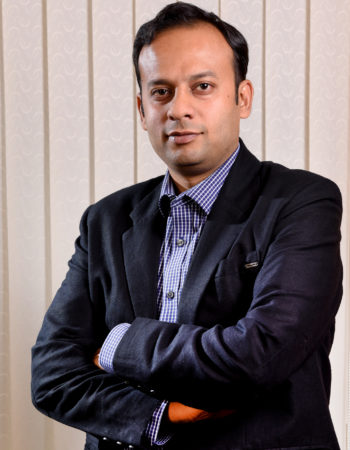 Ep.36 – Blockchain in the Indian insurance market – insights from Policybazaar 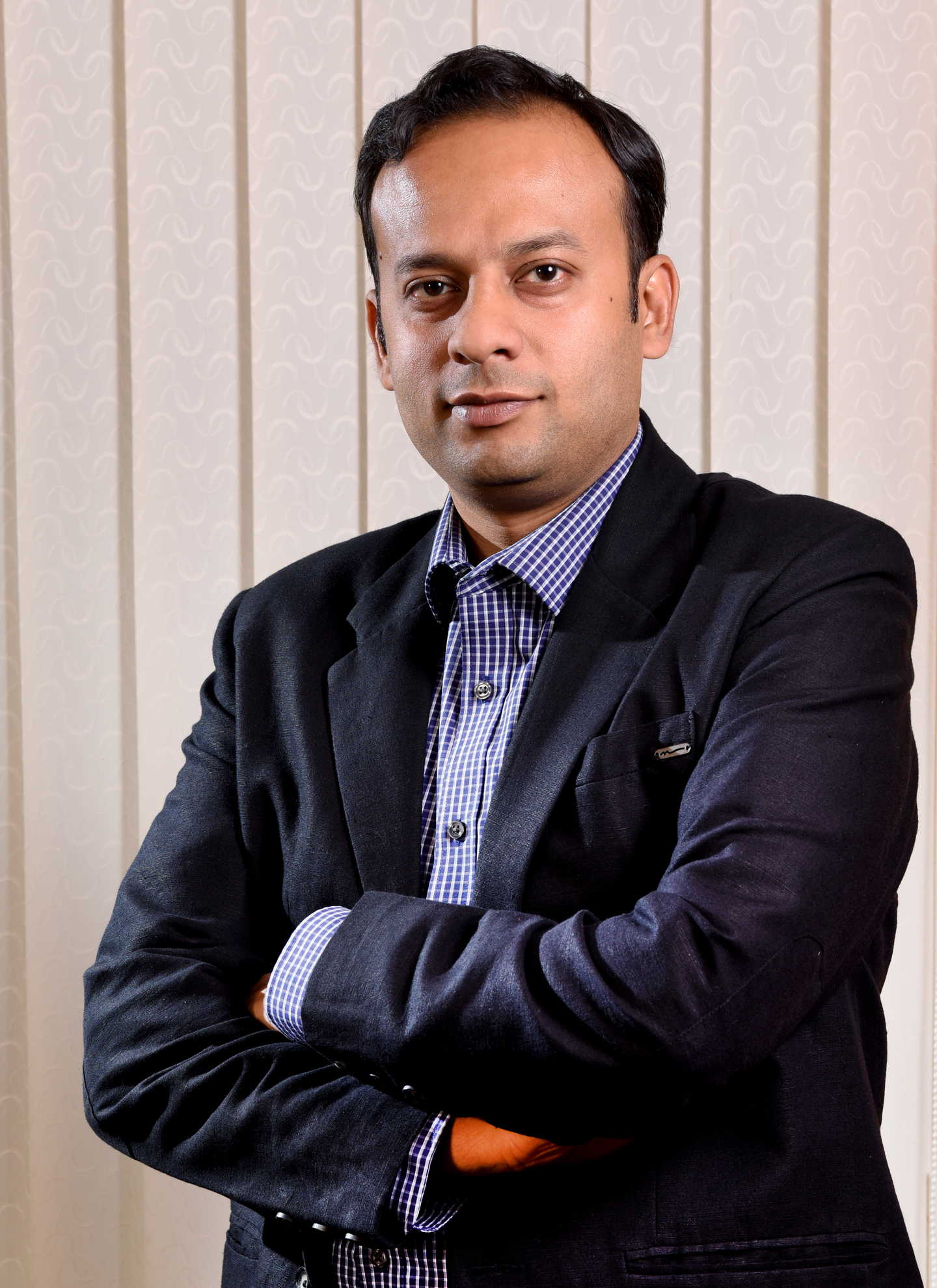 For this week’s episode, we spoke to Ashish Gupta, CEO of docprime.com and CTO of Policybazaar. This is our first time focusing on the Indian insurance ecosystem and Ashish provides an excellent insight into the $95 billion insurance market along with Policybazaar’s latest blockchain implementation. Indeed, an episode you cannot miss!

“Blockchain is a more secure and dispersed way of saving data.”

Ashish explains that in the Indian insurance market, data has been traditionally stored in servers – data is disjointed, there is a lack of transparency and a lack of trust during data exchange. Blockchain is resistant to change i.e. data is verified and parties can trust the data.  Furthermore, data can be allowed to communicate to unlock value.

What problems can blockchain solve for Policybazaar?

Ashish begins by providing a quick overview of how Policybazaar enables insurance purchases – by virtue of being an aggregator, Policybazaar interacts extensively with its customers and typically makes the transaction on behalf of the customer. Traditionally, API’s together with databases would enable this transaction to flow from customers to Policybazaar’s payment and insurance partners.

“Data doesn’t need to necessarily reside in two places; one of the big problems is data sanctity across data storage mechanisms.”

Ashish explains further by stating that Policybazaar has validations in place to check the customer’s name, age, email, phone number and other details. Similarly, its partners might have the same or a similar set of validations at their end too! This potentially leads to issues during data exchange and transfer.

Blockchain is an attractive proposition for Policybazaar since a platform can be set up jointly with its partners – ownership is shared by Policybazaar and its partners – thus, everyone in the network shares, sees and trust the same version of the truth. This reduces operational cost and speeds up response time to customer queries.

“The duplication and maintenance of data becomes extremely expensive, painful and time-consuming. (Introduction of blockchain) makes these issues goes away.”

Ashish answered the difficult question of why blockchain v/s a centralized database by highlighting the key utility of blockchain in the insurance industry – Immutability. Since cryptographic hashes change if data is modified, blockchain prevents modification of data (a problem that often arises from Policybazaar’s experience.)

Policybazaar has chosen IBM Hyperledger for its blockchain deployment – Ashish elaborates that there is a sense of trust in the stability and performance of this blockchain protocol. Furthermore, the permissioned nature of the protocol suits the business requirements of Policybazaar.

The business benefits of deploying blockchain

Ashish clarifies that although a rigorous mathematical analysis of the cost benefits from blockchain deployment have not been carried out, he estimates that the cost of data handling and transmission through blockchain would be roughly 2x to 3x cheaper than traditional means of doing so.

A major competitive edge that Policybazaar possess over its legacy insurance partners is that it is relatively new – it was founded 10 years ago! In some sense, legacy IT issues and scalability are not the kind of issues Policybazaar faces.

“Policy Bazaar interacts with (via digital channels) about twenty to thirty times more customers than any other (core) insurance player in the country.”

Blockchain prevents issues such as mismatches in data held by Policybazaar and its insurance partners which lead to slower response times to customer requests for quotes, claims and other reasons. Furthermore, Ashish stresses that some of the cost savings (that blockchain will deliver, in his opinion) will get passed on to the end customers.

Ashish provides an excellent example which illustrates the digital first approach adopted by Policybazaar in the Indian insurance market. For a traditional Indian insurance firm, the first step in any transformation project is digitizing the data which is then followed by analyzing the data to extract insight. At Policybazaar, the data is already digitized, therefore, the first step is extracting insight from the data – this, according to Ashish, provides Policybazaar with a huge head start over other firms.

“There are distinct advantages of being an aggregator.  60% to 70% of people buying (insurance) digitally to visit our site – we have the unique ability to link different data points.”

Ashish elaborates by sharing an interesting insight Policybazaar has been able to generate from its data – people who buy insurance at night are less likely to make a claim than people who buy during the day!

According to Ashish, insurance partners are willing to explore blockchain with Policybazaar and share data since they have seen the value-add that Policybazaar has provided. He believes the blockchain discussion would have been a non-starter two or three years ago!

Barriers to blockchain adoption in India

“Everybody is interested in this field (blockchain) and everybody wants to explore this further. Risk mitigation is a big barrier to adoption.”

Ashish believes that the biggest challenge is convincing its partners to move from the traditional data set-up (centralized and private servers) to a semi-private state (blockchain platform jointly owned and managed by Policybazaar and its partners.) Some of the concerns that have been raised by partners are related to scalability and performance – can blockchain handle capacity during peak-season? Partners are also interested in understanding the cost benefits that blockchain adoption will provide – will the gain from operational efficiency offset the additional computational and data storage requirements?

Ashish has observed that partners are extremely interested in blockchain adoption – but a major challenge that lies ahead is there is lack of clarity as to where to start from with blockchain and when to scale blockchain enabled operations?

Can Indian insurers work together on blockchain without Policybazaar?

Ashish highlights that this question is open to debate. He states that there are some cases where insurers collaborate and others where they can be quite defensive.

For no claim’s bonuses, there is full collaboration between insurance incumbents – moving service provider allows a customer to carry forward the no claims bonus from previous years with another service provider. However, there is a lot of gray area – some older insurance companies believe any change will benefit newer insurance companies more, hence, they are more resistant to change. But there is a growing realisation that resistance to change will lead them to become outdated!

Ashish points out that the idea of making a mobile app to purchase insurance in India would have been considered ridiculous – the argument would have been insurance is an annual purchase. And, this idea has rapidly changed – the mindset is evolving…. Ashish believes that the biggest barrier to blockchain adoption is that is doesn’t require evolution of a single firm but requires evolution of an entire ecosystem to create value.

The current state of blockchain in the Indian insurance ecosystem

Blockchain is still in its infancy in the Indian insurance ecosystem. However, as Ashish highlights – there is growing interest in blockchain applications in insurance in India.

In this light, the IRDA (Insurance Regulatory and Development Authority of India) published a working party report on InsurTech (dated 31/07/2018) which recommended that Indian insurance companies should look to create a consortium to explore blockchain adoption! In mid-April this year, there was a lot of buzz around a consortium of Indian Life insurance companies led by Cognizant to explore blockchain enabled data sharing.

What changes in insurance can blockchain enable?

Ashish believes that blockchain may potentially lead to another benefit for customers – a move from macro policies (annual policies) to micro policies (shorter duration policies.) As Ashish describes, the current macro-policies put stress on customer finances for the month such policies are purchased in.

Blockchain allows parties to share data and trust the data that is visible to them. You could imagine an annual motor insurance policy getting broken down into monthly pieces – this will only be possible if data is co-owned.

Ashish provides the example of no-claims bonus for motor insurance – consider two people – the first has had three no claim years but met with an accident last year and the second has met with an accident each year for the past four years. Under the present system, both parties would receive the same no-claims discount of 0%. Thus, the present scheme is unfair and does not reward/punish customers for their behavior. This scheme results from the fact that insurers do not trust the information provided to them – both by customers and by the previous insurers.

“At least from a technical or digital or data sanity point of view it (personalization of policies) is feasible.”

Ashish was asked regarding his views concerning policy segmentation at an atomic level. To this he responded that this is possible but will be difficult to achieve. Ashish points out that there is scope for value-add by combining a core health insurance offering from one company with certain service levels offered by another companies.

“Now whether it (personalization of policies) makes sense or not or whether the customers want is another battle.”

However, Ashish highlights that there is a strong sense of brand loyalty towards insurers in India – customers may not want to mix and match their products!

Blockchain at Policybazaar – the lessons and journey ahead

Ashish was interviewed in July this year on Policybazaar’s view on blockchain. Ashish states that his optimistic views regarding blockchain still remain, but this exercise has given the team at the Policybazaar a deep insight into blockchain. The theoretical knowledge is now augmented with awareness and practical insight.

As Ashish mentioned earlier, the current blockchain project is aimed at streamlining payments. Once this project has been successful, Ashish hopes to deploy blockchain on the insurance side – bringing Policybazaar’s insurance partners onto the blockchain platform. Ashish stresses that the end goal is to provide a transparent, quick and seamless experience for Policybazaar customers.

1. Don’t explore blockchain on your own

2. Be clear about the goals of the project

Ashish has provided some excellent insight into the Indian insurance market along with information about Policybazaar and its latest blockchain implementation.