Ep.48 – Are public blockchains suitable for the enterprise world? – Insights from R3 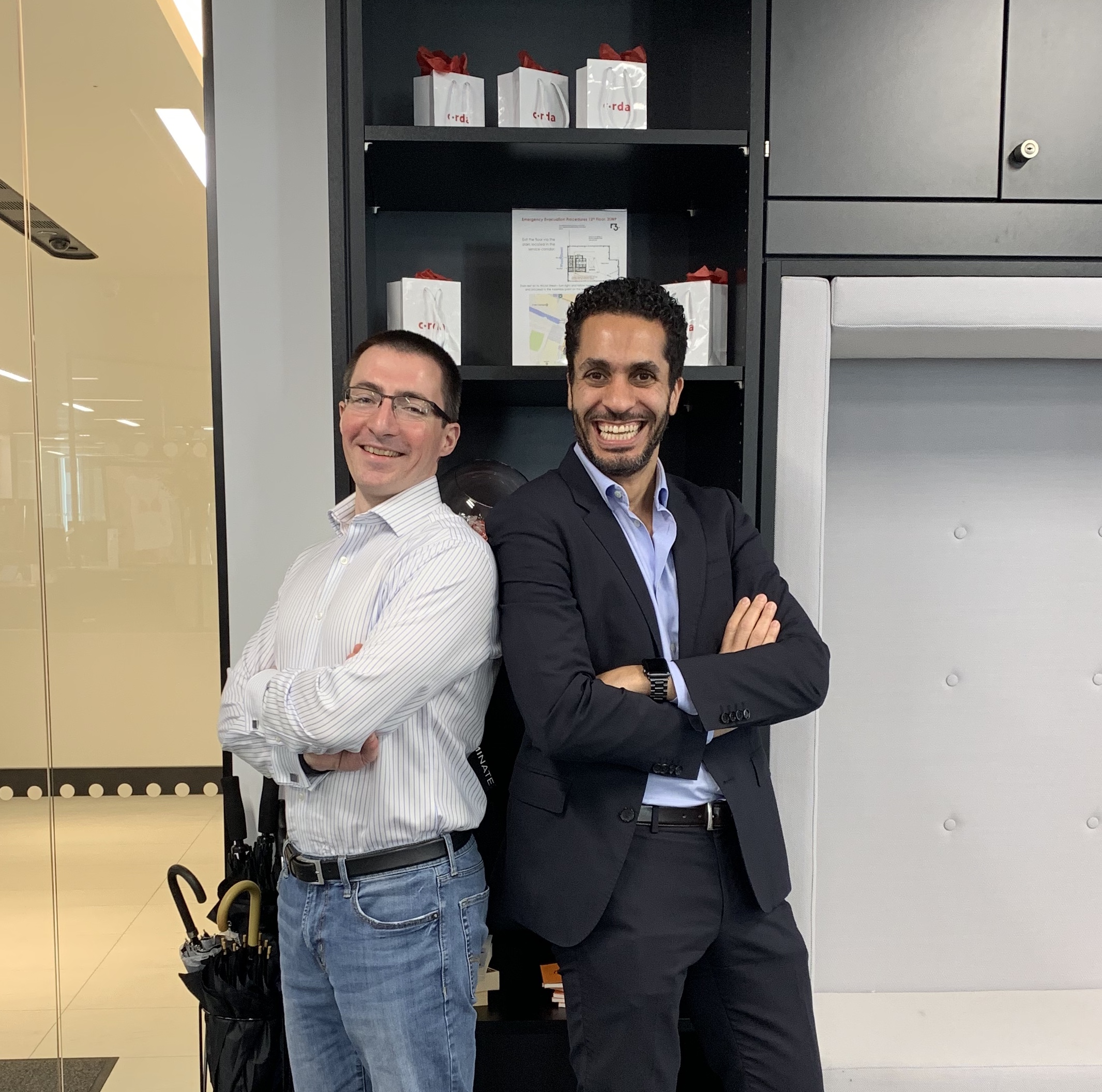 For most firms getting a good understanding of what is blockchain and its possible use is a challenging exercise. Once that has been established a further decision has to be made regarding whether or not to build their blockchain solution on a public or private blockchain system.

Within the first two weeks of January 2019, both the public and private blockchain proponents expressed their views on the merits of their systems. For this podcast we had the pleasure of having Richard Brown, Chief Technology Officer at R3, the builders of Corda, a private blockchain system, express his views.

R3 is an enterprise software company that produces an open-source blockchain called Corda. Corda was first launched in 2016, initially for financial services sectors, mainly banks. However, it was the insurance industry that helped broaden Corda’s view and utility as a blockchain for other industries. Now in 2019, Corda has launched the 4thversion of Corda which has already been adopted by finance, insurance, healthcare, government, and the oil and gas industry.

What is interesting to know is that in the early days of R3 they didn’t begin with the ambition or the intention of building a blockchain platform. R3 began as a collaborative exercise between a large number of large firms to try and figure out what is blockchain and what the opportunities and implications it might have.

The conclusion they came out with regarding “What is blockchain?” is that blockchain is a technology or an approach to building systems that allows multiple parties who want to transact, but who don’t fully trust each other to do so in a way that allows each and every one of them to know what they see on their computer is exactly the same as what their counterparts sees on theirs. This massively drives down duplication costs, errors, inconsistencies and the need for reconciliation which allows firms to focus on solving business problems and transacting with their counterparts. Essentially, once you know what you see is accurate, that you know the information you’re working on is correct, you can make decisions more quickly and with more confidence.

On the 3rdof January an author at Consensys, an Ethereum based blockchain technology company, published a blog post entitled “Busting the Myth of Private Blockchains”, whose main point was to explain why enterprises shouldn’t use private blockchains in business:

Business networks need resilience, interoperability, permissioning, and privacy to succeed. These requirements, however, are out of scope for proprietary distributed ledgers, let alone traditional database technologies. The Ethereum blockchain’s granular privacy layers and public-first approach make it a powerful enterprise solution for organizations that need the flexibility of an in-house platform and that want the global reach to participate in economies of scale.

The Rebutal – Busting the myth of public blockchains for business

On the 14th of January, Richard wrote a blog post “Busting the myth of public blockchains for business”. In this blog post he debunks three of the main arguments the Ethereum community makes on why business should build on Ethereum:

Debunking – Ethereum has the largest community of developers

The Ethereum development community claims there are about 250,000 Ethereum developers. Presumably this is the number of people who can code using Solidity, the language in which almost all Ethereum apps are coded. Richard estimates that the number of downloads of the Solidity tool is around 500,000.

Corda runs on the java virtual machine. There are as of today about 12 million java programmers in the world from a base of 250 million downloads of the java development tool set. That’s a factor of 1/20 between actual java programmers to individuals who have downloaded the tool set. If we take that same factor and apply it to the number of solidity downloads of 500,000 you end up with 25,000 solidity developers instead of 250,000.

Richard is quick to point out that he doesn’t want to dismiss the efforts. Java has been around for a very long time whilst the Etherium community is far newer and have achieved some phenomenal things such as getting a production network online.

Debunking – Ethereum has the most advanced tools and the best technology

By building onto the Ethereum blockchain you will inherit and benefit from all the innovation that happen within Ethereum. Richard’s debunk mainly focused on the Ethereum Virtual Machine (EVM). A team from Kadena documented, the EVM is “fundamentally unsafe” And the team at Aion also independently reached a similar conclusion and have written eloquently why they didn’t use the EVM and chosen the Java ecosystem instead.

To top it off Ethereum is due to move away from EVM to something called eWASM or if you want an EVM 2.0

EWASM is just ethereum’s version of the WASM (which stands for WebAssembly) code, created by the World Wide Web Consortium (W3C), the team of developers responsible for maintaining and standardizing the web. – Coindesk.

Richard’s point was that whilst companies who may be developing on the existing EVM run the risk of finding themselves left behind when eWASM launches, and having to deal with potential compatibility issues. Richard would recommend any firms looking to develop on blockchain should pay attention to that platform’s roadmap and the compatibility promises of that platform.

Corda uses the java virtual machine which is used by million of developers and has developed an extensive collection of libraries. Equally the Hyperledger Fabric, which is written in Go, has a million developers.

The way public blockchains, like Bitcoin and Ether, work is through proof of work. Miners are people who spend significant amount of computational power and energy to solving difficult problems. The reward for solving that problem is that they get the chance to propose the next block in a blockchain and in so doing get a reward of some bitcoin or some ether. This however is an inherently probabilistic process. This is because, two miners may find the same solution at the same time and only the longest chain will win out. During that period of time when the longest chain is identified there is a period of uncertainty as there is a nonzero probability the transactions that look as though they have been confirmed may get unconfirmed if they were built on the smaller chain.

The trap many people have fallen into was that there’s some number that’s for all intents and purposes is safe. Whether that is six, twelve or fifty levels of confirmations (ie. new blocks added to a chain) that the chance of a reversal is effectively zero and of course that’s not true.

On the 7thof January,Ethereum Classic, got a “51% attack”, were up to 100 blocks were reversed – Coin Telegraph. What this means was that all transactions that happened within those 100 blocks, that may have been safe and confirmed, became unconfirmed. To make matters worse the attacker was able to execute a double spend.

What is important to remember is that Ethereum main net (ie. Ethereum proper and not Ethereum classic) is much larger than Ethereum Classic and is thus less prone to a 51% attack.

Richard’s point though is that this can happen and if the probability is nonzero firms need to make sure that their business process and the way they design their application take that point into account. Additionally, the public blockchain sphere is one of anonymity whilst in business blockchains you need to know the identity of the entities who are forming the consensus such as the notaries in Corda. You want to know who is providing your firm’s transaction finality.

How to avoid collusion in private blockchains?

Public blockchain communities point out to the risk that key players within a private blockchain may choose to collude between each other and rewrite a block and impose it on the rest of the participants.

Richard emphasize the need for a clear governance framework, a verting framework, a way to check that the right algorithm is being run. There is the need to deal with dispute resolution, the need to know who to serve legal notices. It is important to accept upfront that these are problems that have to be solved and plan for them rather than just making that claim that miners will resolve those problems.

Thank you Richard for sharing your views on why public blockchains aren’t suitable for the enterprise world. If you liked this episode, please do review it on iTunes. If you have any comments or suggestions on how we could improve, please don’t hesitate to add a comment below. If you’d like to ask Richard a question, feel free to add a comment below and we’ll get him over to our site to answer your questions.