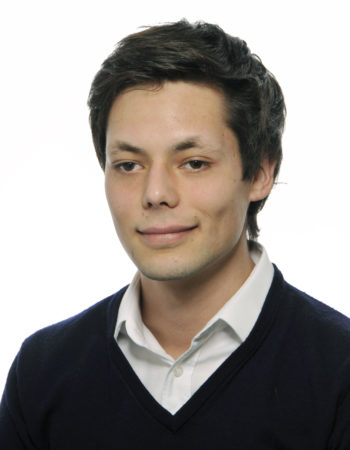 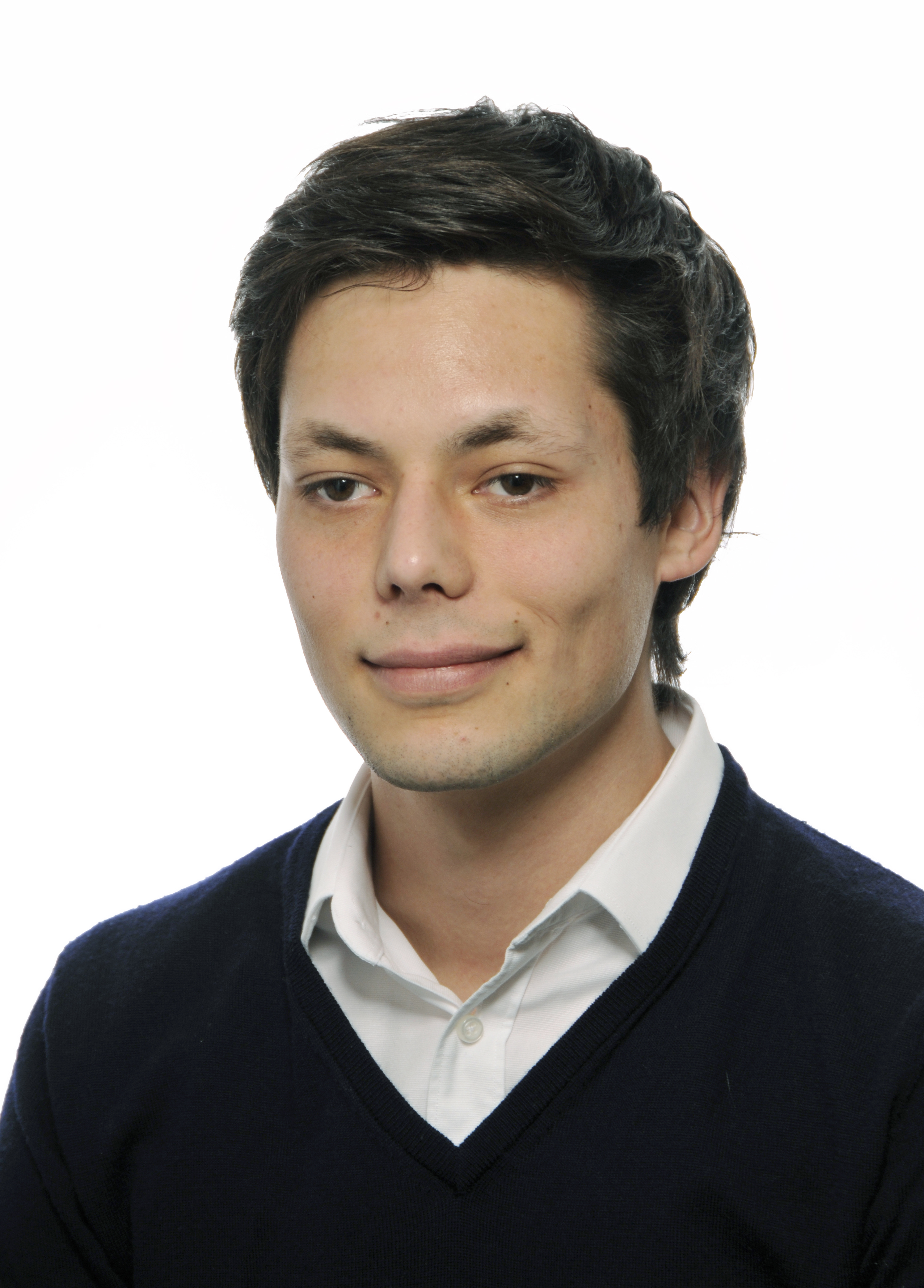 Defining and understanding what is blockchain is a difficult task in itself. Michel Rauchs published a white paper entitled “Distributed Ledger Technology Systems – A Conceptual Framework” whilst he was at the Cambridge Centre for Alternative Finance. to help clarify all the concepts in DLT systems and to provide a framework in understanding those systems.

Michel got interested in Bitcoin, cryptocurrencies, blockchain technologies about 5 years ago and then decided to write a master thesis about the evolution of the Bitcoin business ecosystem. For his thesis he monitored the evolution of this ecosystem by taking a data set of 500 different companies, projects and organisations over a 5 year period.

Michel concedes that answering this question could take a whole day. But for him a blockchain, or a DLT system as he prefers to call it, is essentially just a shared record keeping system that is collectively maintained and updated by multiple participants that may not necessarily trust each other. Participants are able to reach an agreement over shared set of data and its validity without the need for a central coordinator or central administrator.

With regards to differentiating the differences between DLT and blockchain it is very difficult as the terminology is very unclear, messy and fuzzy. At the moment they’re both used as umbrella terms for a wide array of different concepts and technologies.

The difference between DLT systems and other distributed systems, are that in traditional distributed systems you have distributed storage, processing power across multiple connected devices but connected by one entity to achieve fault tolerance. So, if one of these components or devices goes down, that the system as a whole still continues to function.

In DLT systems, it’s really about what is called Byzantine fault tolerance. So not only being able to cope with hardware failures but also with tolerating with the presence of potentially malicious actors that want to actively try to undermine or disrupt the network.

In public blockchains you have dynamic membership systems where anyone can join a network and leave the network at any point of time. It essentially means that we do not know at any point in time, how many actors on the system, and actually who they are.

Public blockchains are really complex socio-economic systems. Because anyone can join, anyone can leave, you don’t actually know how many people there are. So, the only way to essentially regulate that system, is via self-regulation through a combination of economic incentives and Game Theory.

Key characteristics a DLT system needs to be capable of ensuring

Rise of the blockchain meme

In an upcoming study, due to be published in September 2019, that looks in detail at 70 live enterprise blockchain networks, that have been deployed in production, over 80% of them in their current form are actually very centralised. This invalidates 2 to 3 of the above key characteristics a DLT system needs to be capable of ensuring.

For some of these systems, there’s good reasons that they want to start initially centralised and then gradually distribute control over time. However, 77% of these systems do not have much in common with multi-party consensus. They just use some of the technology components such as cryptographic techniques, P2P or even simply the blockchain nomenclature. These kind of systems falls under what Michel’s report calls, blockchain meme category. These systems often leverage blockchain as a concept to act as a catalyst to drive organisational change. Change between two processes between enterprises regarding the underlying infrastructure that these different enterprises use to essentially exchange and share data with themselves.

Whilst these systems don’t quite fit into what Michel’s report would consider to be true DLT systems, that’s fine as most business environments don’t require them all. However, as the same terminology continues to be used across all of these systems it creates confusion on what is blockchain and DLT and it sets unrealistic expectations on what it can actually deliver.

In a blockchain meme, it gives companies the excuse to reconsider the way things have been done. It’s about starting to really disentangle everything and just integrate everything into different pieces and if there’s a way of doing things differently. This blockchain meme thus becomes a way to help solve political roadblocks that are there.

What is a ledger?

“Ledger” is a word we often hear in the blockchain space, however not much time is actually spent explaining what it is. Michel, defines it as the way that the data is essentially structured, so the way that people actually look at what is being recorded in the system. 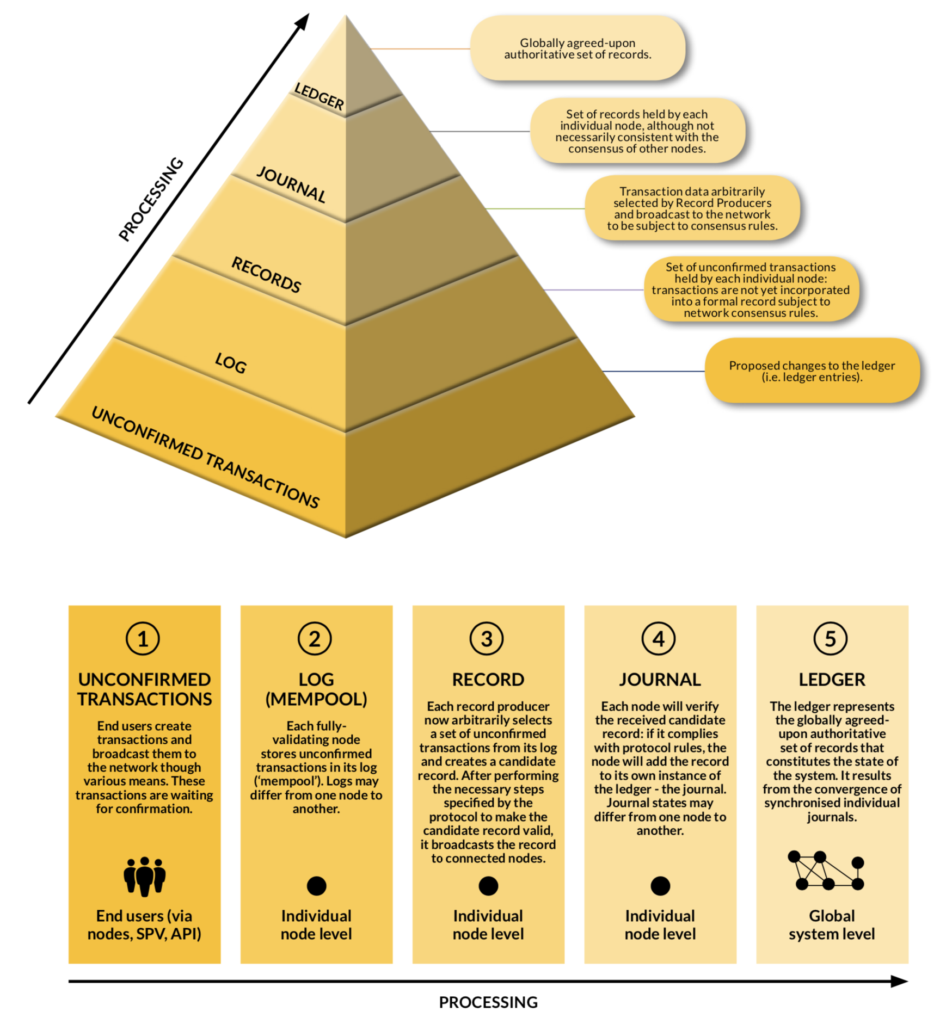 “From Transaction to Records” by Michel Rauch

Four actors in a DLT system

To simplify DLT systems there are four types of actors: 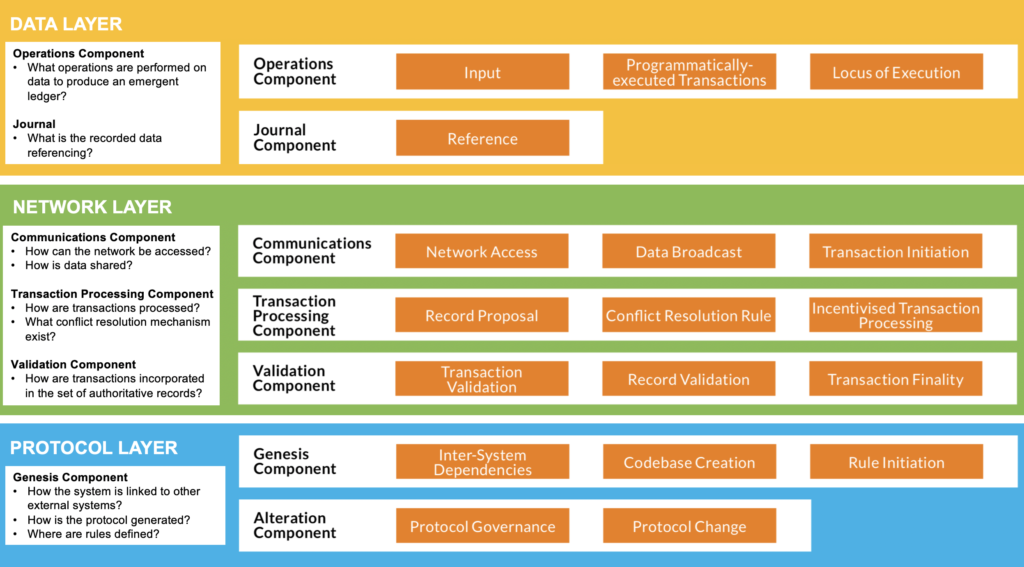 A DLT system can be divided into three interdependent core layers:

The protocol layer is the foundation of the entire DLT system: it defines the set of formal rules that governs the system and codifies its architectural design. The protocol can be considered a set of ‘constitutional’ arrangements agreed upon by all system participants. The protocol contains two components:

The data layer is the information that’s processed and stored by the system in the form of records. It answers the fundamental question of what is stored in the blocks.

Michel highlights what’s important is the reference of what he calls the value linking of the data. So, whether it’s endogenous, meaning if the data we refers to things that are confined within the boundaries of the system itself.

Now you have the opposite of that, what is called exogenous data, or exogenous references. for example, a private blockchain that records events in and supply chain rights is essentially just to share record keeping system here that essentially needs to connect to the external world in order to get external data to essentially work with that.