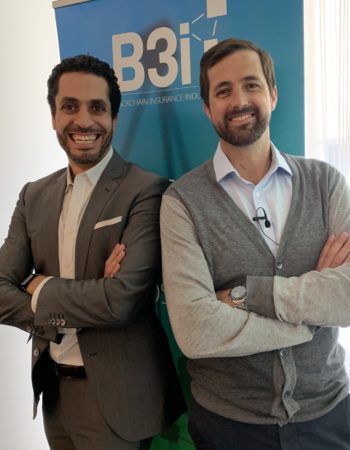 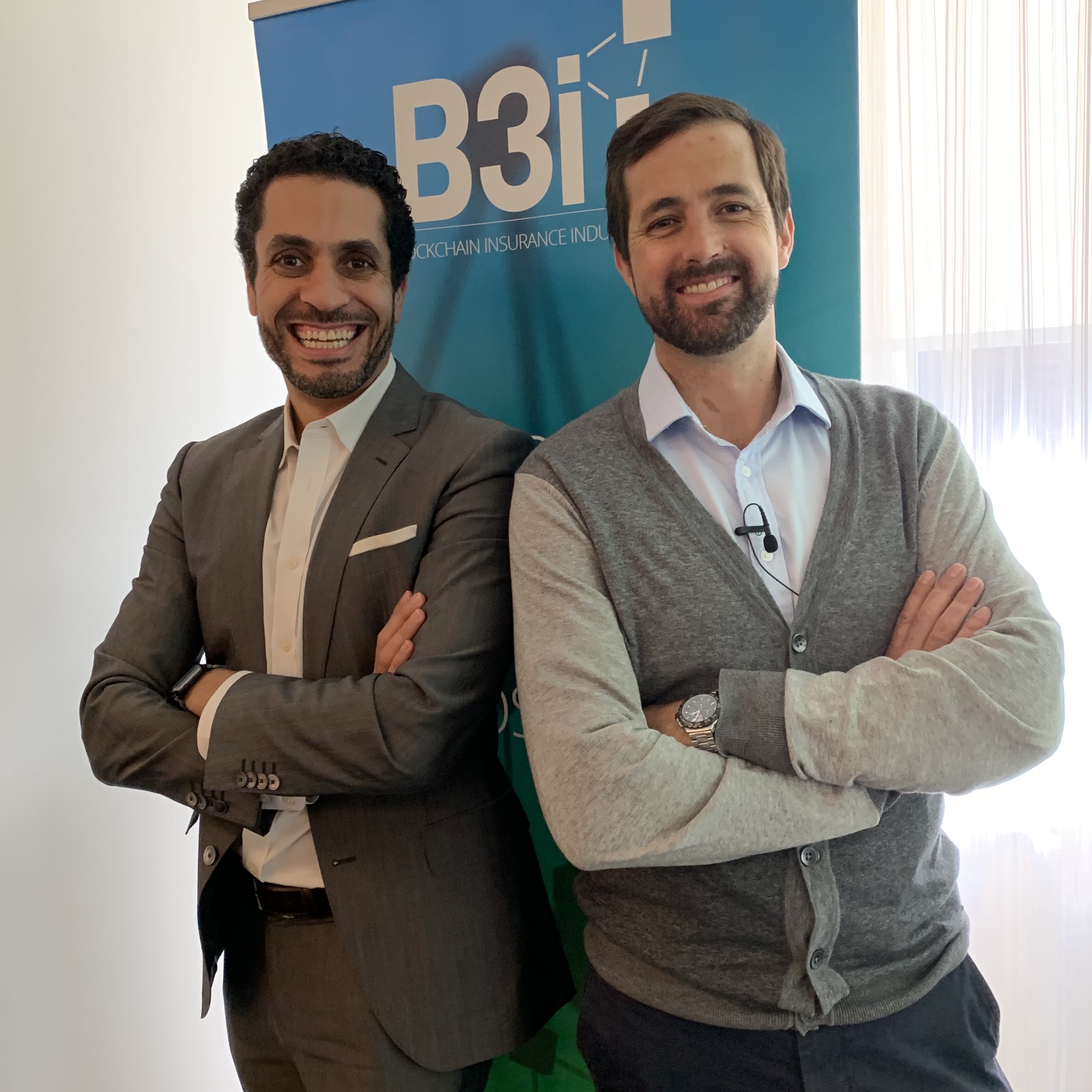 John Carolin is B3i‘s new CEO. In this new podcast we had a very honest and open discussion about John’s journey to B3i and his assessment of what the company got right, its business model and how they can better engage with brokers. We also discussed the very exciting announcement of the Cat XoL product deployed to customers’ production environments.

John is a chartered accountant and chartered financial analyst by training. He started off working at PWC in the insurance industry. However, John always had a desire to be a maker of things which is why he founded a number of businesses in South Africa including a small venture capital firm, a retail property asset management company and a B2B platform for traditional media and online broadcasters.

John moved to Zurich with his young family to join Antony Elliott at Zurich whom he had worked with 15 years ago. Antony, at that time, was Zurich’s B3i representative and knew of John’s journey and invited him to join B3i to help Zurich further support its investment in B3i and offer him as a resource to the venture. For John working at B3i helped him reconcile his professional training, his industry experience, his business life stage experience and his deep passion for technology and building stuff.

John thinks of blockchain as a form of DLT mechanism that initially with Bitcoin gave us a way to trust digital data and digital outcomes.

It provided a ledger list of transactions that couldn’t be altered without a huge amount of coordinated effort from a number of parties. This was transformational as traditional databases could have both the data and their audit log altered by a party. Blockchain provided the first mechanism to trust that the data hadn’t be altered.

Blockchain technology matured beyond being just a ledger with the likes of Ethereum providing tamper proof business processes encoded in algorithms. With smart contracts we had mechanisms where we could share automated processes in an immutable manner.

What has B3i gotten right and what can they improve on?

For John it is a long list of things that B3i got right and many things they could have done better.

He has looked at the many initiatives over the course of almost three decades within the insurance industry at automating aspects of the value chain, either through commercial entities or non-profit, standard setting bodies, and looked at what they have done well and what they haven’t done well or where they haven’t delivered on the promise that they brought.

One of the things B3i got right is to address market level inefficiencies. Their ethos of “by the market, for the market” has been very important for them and one of the early things they got right.

Structuring B3i itself is another. They had considered setting themselves up as a foundation that develops open source software. However, the decision to setting up as a for profit company helps create some sort of North Star that helps to clarify your decision making, keeps you honest, and execution focused when you have cooperative competitors that aren’t necessarily aligned.

Moving away from Hyperledger Fabric was a business decision they got right. They felt that Corda answered questions around scalability, data, privacy and security better than Hyperledger Fabric. From a productivity perspective, it also had developer tools that enabled B3i to move quicker.

In comparison to most start-ups in the consumer space that apply lean methodology, the minimum viable product is very different to one when you’re building a platform. When you build enterprise grade solutions your first customers are really important and you can’t afford to make big mistakes with them. As John says “we only get one bite at this cherry”.

However, they do apply Agile ways of working by having bi-weekly sprints where they work with their customers, who are more like core contributors, to test out software releases and provide feedback. This approach helps manage expectations as technology is often perceived as under delivering in the short term whilst often underestimating its impact in the long term.

John found an article from the 80s about EDI, and you could put in the word DLT into the article, and it felt like it was written yesterday. For him B3i stands on the shoulders of giants. What differentiates B3i to all previous modernisation and standardisation initiatives is the number of people and the urgency that exists amongst those people to fix what is a really broken business model before outside forces, fix it for the industry.

John Carolin’s vision of B3i as its new CEO

B3i needs to recognise that it is not a software development company first. It’s is a customer centric sales organisation that builds technology products. That’s a mind shift, that B3i needs to go through. It needs to delight customers with amazing customer experiences and solve the problems that they’re passionate about.

B3i’s vision is to own a thin layer of intellectual property standards and protocols and create minimum standards that enable other people to leverage its network. B3i is a business network operator. Membership of that network and the toolkits it provides to accelerate and build what John hopes is a competitive, functionally rich ecosystem that ultimately benefits the customers. The customers being insurance companies and their customers.

Today, B3i announced that it has released the latest version of its Property Catastrophe Excess of Loss Reinsurance application and its successful deployment to production environments ahead of year end renewals. The product runs within the B3i Business Network, part of the global Corda Network.

The product enables customers and their counterparties to easily and cost effectively negotiate terms, agree rates and complete contract placements. Historically this multiparty process has been facilitated by email with inherent risks and inefficiencies around version control, data integrity (transposition errors), document management and security.

B3i reached this milestone by being very engaged with their customers in setting up infrastructure nodes that will be the B3i network. They have been providing training to all the necessary parties that are very clear about what they need to do when renewals come on the 1st of January 2020.

To do that an insurance company will need to have a node in the B3i network to transact. That company doesn’t need to be a shareholder of B3i nor do they need to be a member of the community. Insurance companies who want to become B3i customers are welcome to approach them, developing an understanding of what they want to achieve will be reached and commercials will be negotiated.

B3i recently had the experience of one of their customers who invited them to a session where they were using B3i as the vehicle to discuss DLT in general for business. They wanted every stakeholder from legal to security to procurement to accounting and data privacy in the company to challenge DLT.  The organiser of that session was a DLT sceptic who also took a position on smart contracts. He felt that not much of a reinsurance contract can be automated and specific wordings of a number of parties are proprietary and unique and standardisation is not something that they would benefit from. Whilst blockchain enthusiast would argue that parametric insurance with smart contract could have the insurance contract represent in code and be self-executed upon a deterministic event.

For John B3i’s role is to give its customers the ability to choose the level of automation they want to achieve and that upwards. How much standardisation are customers prepared to accept? That’s a business decision their customers need to make.

The insurance industry has lived with a very high level of market level inefficiency where it’s ok to have 100% compound rate because investment returns was where it made its money. However, that’s not happening anymore and whilst companies have addressed costs at an individual level there are costs which can’t be addressed alone that arise through structural inefficiencies. An average syndicated multi party transactions for example has 30 participants in a net cat reinsurance treaty with up to 60 quoting on that business. Another example is the Lloyd’s syndicate in a box whose qualifying criteria is at the end of two years not to have an admin cost ratio of more than 35%. For John that’s insane that an industry can afford to take 35% of your premiums and not pay claims.

B3i is about reducing administration, it’s about improving the industry’s ability to perform its obligations that arise out of the business relationships it has. These market level inefficiencies can’t be resolved individually, B3i provides a market level approach to reducing them.

B3i is a platform play that wants to own a thin layer of intellectual property for others to leverage and give B3i access to the economics of what is built on its platform.

Insurance is a huge and complex industry with many challenges and problems to solve with many opportunities for people to do that. B3i can’t solve them all. They want to enable other people to do that in an interoperable manner on their platform. B3i wants to have a thin layer of intellectual property where they curate a minimum standard for applications to run on its network.

B3i’s revenue will come from allowing a depth and breadth of applications in the ecosystem that they could never build on their own. B3i wants to enable other people to build them on their platform and in return would ask for a fair return on the value created through that enablement.

B3i’s business model is also built on partnership. They think of partners in four ways:

B3i fluidity is like their own insurance operating system.

B3i’s CaT XoL product is their lighthouse product that demonstrate what’s possible on blockchain. The building blocks used to make that possible are offered via the B3i fluidity platform to all other people to build their own enterprise grade placement solutions.

B3i has the ability to offer them customers from their network and accelerate partner journeys. As B3i grows the number of participants on its network, the utility partners will get from transaction with other parties and build application, will grow significantly simply due to network economics. John wants to ensure that B3i has a rich and healthy ecosystem for all participants.

Facilitating good industry collaboration with B3i including the brokers

John has a personal response to this which is people always need people. Relationships are important, and insurance, more specifically, is multi-dimensional and complex. The role of brokers is really important in helping navigating multi-dimensional risks.

There is a perspective that capital is a commodity. Technology is agnostic. John sees a possible future where insurance gets rewritten where technology is being used to disintermediate insurance companies. With the increase of granular real time data and a single version of the truth, John can imagine a future where insurance linked securities are sold via capital markets to directly underwrite insurance products. The people best positioned to design insurance products are the ones that understand customers, and that’s brokers.

In the past B3i has been characterised as having a certain view of brokers and that’s one that John and the recently constituted board of which Antony is the new chairman are working very hard to address to build those relationships with.

For example, the first node that went live is a broker’s node. John wants to see brokers much more deeply committed to B3i, and that’s about B3i understanding and exploring the opportunities that exists for them.