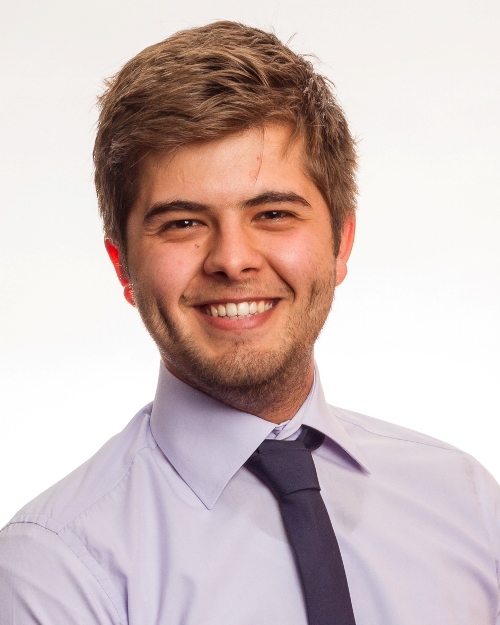 Addenda is the first insurance blockchain solution we have recently covered on Insureblocks from the Middle East.. For this podcast we were joined by Walid Daniel Dib CEO and co-founder of Addenda, the blockchain for insurance subrogation ecosystem in the UAE.

In September 2018 Walid and his co-founders registered the company in the UAE and in the Dubai International Financial Centre (IFC). They set out to build a few prototype which didn’t quite work including a life insurance solution that was more of a solution looking for a problem. However as Walid puts it, they “struck gold” with the motor insurance subrogation solution that they’re currently working on.

Blockchain is essentially a decentralised network. Where information that’s shared between two participants is also shared across the board and everybody else in the room. Depending on whether it’s a private blockchain or a public blockchain, that data could be encrypted, and or shared with others without them knowing the content of that data. Within an “old school” blockchain the public blockchain rely on certain consensus mechanisms, such as proof of work, and proof of stake to operate but more enterprise friendly blockchains rely on different types of consensus such as Byzantine fault tolerance.

The road to motor insurance subrogation

The focus on subrogation came be seeing the issues that exist in the UAE and in the MENA region in general with regards to how manual certain insurance processes are. Walid and his team wanted to start with something that’s both high volume and low value in claims. Property insurance has very high value but low volume. Medical insurance has a lot of personally identifiable information which can be tricky in the UAE. Motor insurance ticked all the boxes.

July 2018, Walid and his co-founders quit their jobs to focus building on their blockchain motor insurance which was ready by December 2018. They signed their first client in July 2019 and within the following month signed up seven more insurance companies.

Lack of Insurtechs in the Middle East?

There are four or five Insurtechs in the Middle East, but most are aggregators in the space. In Walid’s opinion, the Middle East is still a few years away from having some deep tech startups. There is more demand for technical talent than there is supply. However with the recent exit of large startups such as Careem sold to Uber in March 2019 for $3.1 billion and Souq sold to Amazon for $580m in July 2017. There’s now a bigger appetite for both investors, governmental entities and even clients to take Insurtechs, whether blockchain or otherwise more seriously.

Insurance market in the UAE

In spite of being a relatively small country the UAE has more than 60 insurance companies. The top 5 insurers control more than 50% of the overall gross written premium whilst the vast majority control single digit percentages if not less of the market. There is now increasing activity in terms of mergers and acquisitions with a lot of gossip regarding a larger merger between Takaful.

The motor subrogation opportunity in the UAE

If Car A hits Car B, and Car A is at fault and assuming both have comprehensive insurance policies. Both respective insurance companies will fix the cars, but as Car A was at fault, Car B’s insurance will chase Car A’s insurance for payment. A large number of documents will then need to be exchanged:

On average over 20 documents need to be exchanged per claim. With over 2000 claims happening per day that’s 40,000 documents flying back and force via courier between the insurance companies. The more “technologically advanced” insurers are using fax.

In the UAE the governmental side of things are pretty advanced, such as the Dubai police. If two parties who crashed together can agree on who is liable, they each take a couple of pictures, a police report is issued within half an hour via an URL and is sent along with the pictures to the insurance company.

Staff in insurance subrogation departments lack resources and human error results in an inefficient process where a $1000 claim can take between 3 months and 2.5 years to reconcile on the back end.

What blockchain does is provide transparency on how much each participant owes the other. Every single insurance company has access to a single point of truth where there is no need for reconciliation.

Addenda provides insurance companies with the option to host their data on their own nodes. Addenda is the custodian of the network but insurance companies control their private and public keys. Any documents are encrypted and stored on a Microsoft Azure UAE cloud.

Blockchain provides a decentralised point of truth where there is no need to trust a third party such as a non for profit entity. There is a lot of competition between the players. What blockchain provides them is the opportunity to collaborate.

Signing up their first client

Convincing the first insurance company to work with Addanda was difficult. However like in most innovation curve you’ve got the crazy early adopters who are willing to spend $40,000 on the first LCD TV, followed by the early adopters, the late adopters and the laggards. The first company that signed up with Addenda was called Watania. Their motor books aren’t the biggest but the desire to join Addenda was out of a desire to want to try this out and a need for innovation.

Addenda’s intention was to show them an ROI at the beginning by not charging any licencing fees, set up fees, API integration fees, just a per transaction charge.

API integration is a whole can of worms on its own.  It’s incredibly complex to integrate with  insurance companies existing legacy systems because they use Old School databases like Oracle databases.

Similarly to Patrick Schmid, at RiskStream Collaborative, who built an ROI on blockchain, Walid and his team built a ROI calculator on Excel. They put the insurance companies into three different buckets, small, medium and large depending on the number of subrogation claims per month.

The team then sat down with the IT teams, of those insurance companies and understood on a high level, what the average salaries are. The paper processing costs, the paper printing costs, archiving rooms, infrastructure for saving data on servers, and combined all of these costs to come up with an ROI calculator that showed some serious cost savings.

Since the 16th of October, Addenda has had 8 companies on their blockchain transacting on it. They’ve done $215,000 worth of transactions over 300 actual transactions. The 8 companies who have signed up to Addenda, of which the vast majority are based out of Abu Dhabi.

To manage the ‘user community” (consortium) of the Addenda ecosystem, they have the CEOs of all the companies on board who meet on a regular basis to decide what the next features should be.

Walid sees the opportunity to expand his product and geographical reach. Addenda can reskin their subrogation tool to make it a co-insurance tool, both for claims and premiums. Local insurance has the same issue that recoveries and subrogation have, who owes who, what and how much and when. Addenda can deploy it to the same clients they presently have on the platform.

Gulf Cooperation Council (GCC), intercountry subrogation is a big challenge as you can have subrogation between Saudi Arabia and Kuwait or between Oman and the UAE. This is an opportunity Walid is looking forwad to sinking his teeth into.

One comment on “Ep. 83 – Addenda – a blockchain motor insurance subrogation ecosystem in the UAE”