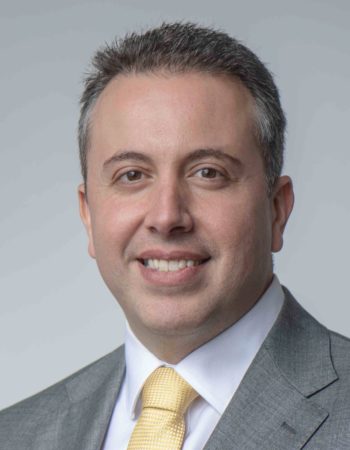 Ep.85 – Are insurance cells an opportunity for blockchain Insurtechs? 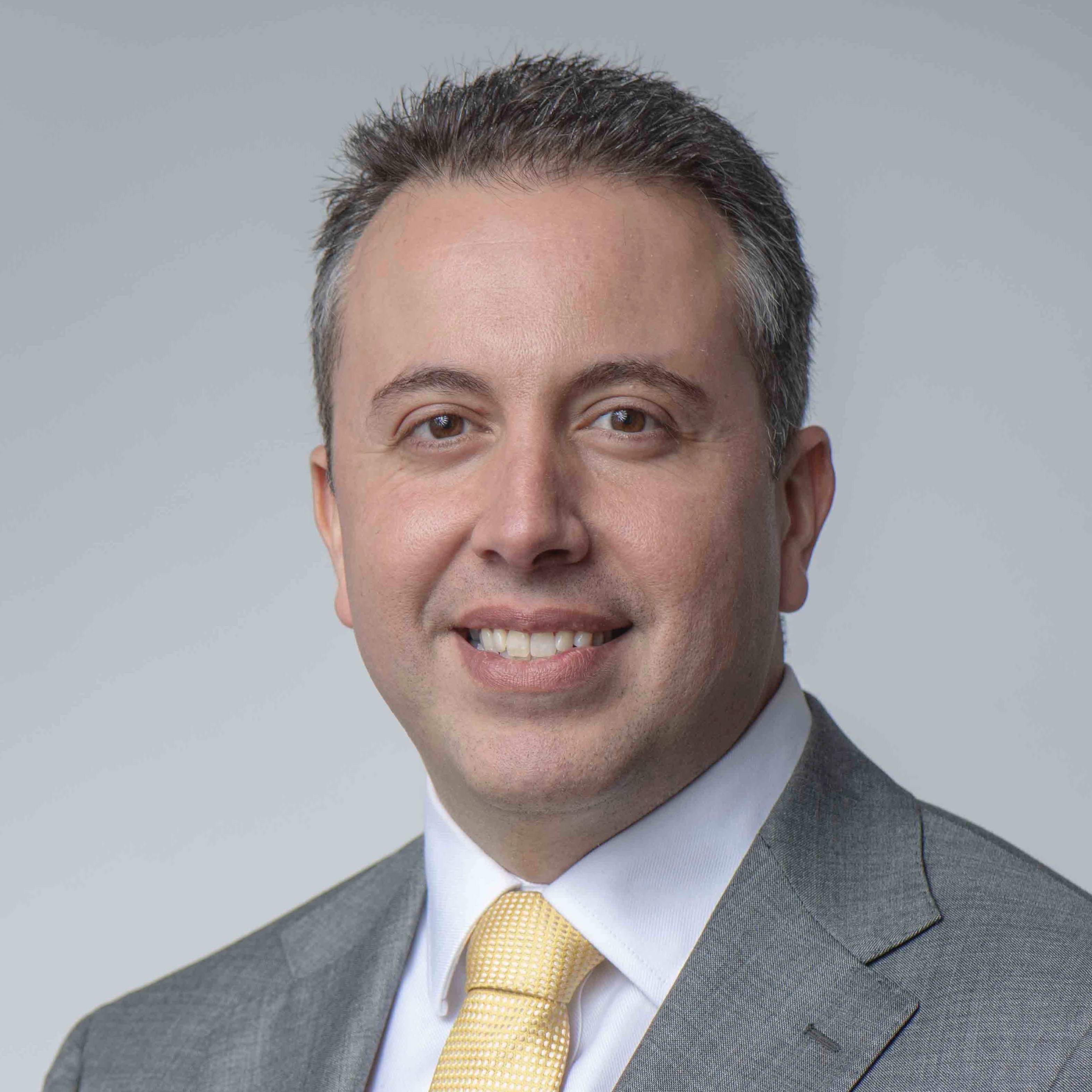 Atlas Insurance is the first European insurer to convert to a protected cell company. In this podcast, Ian-Edward Stafrace, Chief Strategy Officer at Atlas Insurance in Malta, talked to us about the advantages an insurance cell can provide to Insurtechs to rapidly innovate within the insurance industry by effectively becoming an insurance carrier themselves without all of the overheads and capital requirements. Etherisc, the blockchain insurtech company, used Atlas’s platform to rapidly prototype their flight delay insurance product.

Ian joined Atlas back in 2000 as a commercial underwriter. He rapidly got enamored by insurance by its logical approach since Ian has a technology background. Atlas is one of the leading insurance players in Malta and is structured as a protective cell company. Ian’s role evolved becoming a business intelligence analyst, a risk manager, a compliance officer, a data protection officer, to now as the Chief Strategy Officer. In 2006 Atlas converted from being an insurance company into a protected cell company, becoming the first European insurer to do that.

Ian defines blockchain from the set of benefits that are derived from it. There are three aspects:

Distributed database gives multiple organisations, one immutable version of the truth, one database, eliminating all reconciliation processes that today tend to happen manually between those parties. This brings efficiency and transparency. The insurance industry has a very long value chain from insureds, brokers, insurers, reinsurers brokers, reinsurers and data providers such as telematics for cars and health care providers for health. Having a common distributed database brings numerous efficiencies and having a smart contract on top of it we have the potential for automated self-executing processes.

Smart contracts enable automated self-execution of claims, pricing determination, limits setting and transactions themselves which can happen away from the organization’s core systems in a way that is decentralised and trusted because the rules would have been set in advance of the events happenings. This is ideal for parametric insurance as there is a trigger, which can create a deterministic action upon a set of agreed rules.

The P2P side is more theoretical of bringing the insureds and the capital providers closer to each other. Automated matching of customers, carriers and investors depending on risk appetite.

What is a Protected Cell Company (PCC)?

PCC as a structure has a single legal entity but its shareholding is structured in a way where cells can have their own separate set of shareholders which are completely protected from the liabilities of any other cell or the core. This means that the PCC can act as a hub or a platform with a single insurance license. Third parties can invest in their own cells effectively meaning they can own a piece of Atlas. Their investment will only be used for their business. When transacting with customers it is always made very clear which cell they are dealing with. From a tax perspective the cells are considered as though they are separate companies.

In a way it means that each cell is a mini insurance company that is built in a low cost manner riding on the insurance license of the PCC and on its platform. The PCC platform provides to the cell the hosting, risk management, compliance, internal audit, actuarial and regularly reporting. Each cell can thus focus on their specific business model. There are clearly cost benefits from having a standalone company but also there are capital benefits.

From a capital perspective the cell only needs to focus on the capital needed for its business model. The core PCC provides the absolute minimum floor capital requirements that is required at a EU level. Each cell contributes what additional capital it requires. This is similar to the model provided by the “rent-a-captive” model which has the same mechanisms and protections that is done via a contract. The difference is that in a PCC those protections are enshrined in the law of the country therefore protecting the investments of the cells.

Some insurtechs use the cell as a vehicle for starting to write insurance and potentially scaling up within the cell. Others would have scaled up within a cell and then departed the cell to create a standalone insurance company.

A cell can act as an incubator or because of its cost efficiencies some prefer to stay within the cell environment.

Having an insurance cell enables the Insurtechs to access the reinsurance market. For the last few years reinsurers have shown a lot of interest in Insurtechs. Insurtechs have had difficulty finding friendly carriers to carry the risks that they wish to experiment with and grow.

Once a cell finds a support reinsurance they can move away from being an intermediary, because very often Insurtechs become intermediaries for another insurer. By creating their own cell, an Insurtech effectively becomes their own carrier having access to the reinsurance market without having to share their intellectual property with a large insurance incumbent.

Finally, being able to rapidly become an insurance carrier at a very low cost, accessing the reinsurance market to launch the insurtech’s product enables the insurtechs to bring in venture capital and other capital sources having demonstrated usage of their product. Of course this also helps access more reinsurance support.

A cell registered in Malta can passport its services across Europe as Malta is a full EU member state. Nevertheless the PCC, with which the cell is hosted by, has to notify the EU country in which it wishes to passport to and it needs to ensure that it adheres to the country’s own flavor of consumer regulation. For example insurance premium taxes may differ from country to country within the EU. When the PCC has successfully passported to one EU country for a cell, all other cells can benefit from that.

Etherisc (Etherisc podcast on Insureblocks) was one of the first blockchain insurtech companies to engage with Atlas. Atlas provided Etherisc with the insurance license for them to test out their concept in a small limited way. When Etherisc approached Atlas to test out their flight delay insurance, Atlas was already doing travel insurance locally, it was easy for Atlas to do a pilot from its core within its existing insurance license and operation. Instead of creating cell straight away they used their existing core business to do a live test with their consumers.

For both parties this exercise was a learning curve. From Atlas it was about understanding blockchain whilst for Etherisc it was from the insurance side. The first challenged they faced was in designing this parametric flight delay insurance with GDPR in mind because GDPR wasn’t quite designed with blockchain in mind. The second challenge was with regards accepting cryptocurrency. Ian believes that they were the first insurance company to accept cryptocurrency as a means for payment for the premium and for claims payment in Ether if premiums were paid in Ether.

Ether presented a number of challenges including the volatility of the currency. Steps were undertaken to ensure there was enough mitigation around collateralization. Shortly after prompted by EU warnings coincidentally at the time, the regulator expressed concerns and actually prohibited insurers from using cryptocurrencies.

Malta, also known as blockchain island has a focus on Fintech, on AI and on blockchain with a concerted effort across the various regulatory bodies. The Malta Digital Innovation Authority, has established at a law a joint committee which is here to facilitate the adoption of blockchain and openness to blockchain across various authorities. At the moment the Malta Financial Services Authority is going through a consultation process on the establishment of a sandbox.

One of the mottos the Maltese regulators have is “innovation through regulation”.