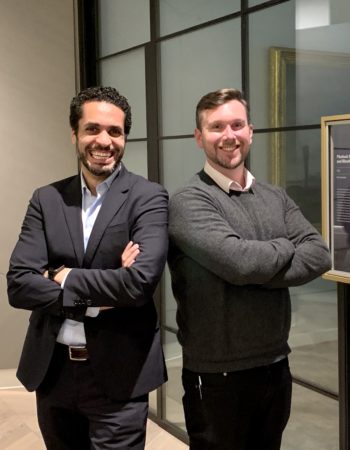 Ep. 91 – User experience on the blockchain – insights from RBS 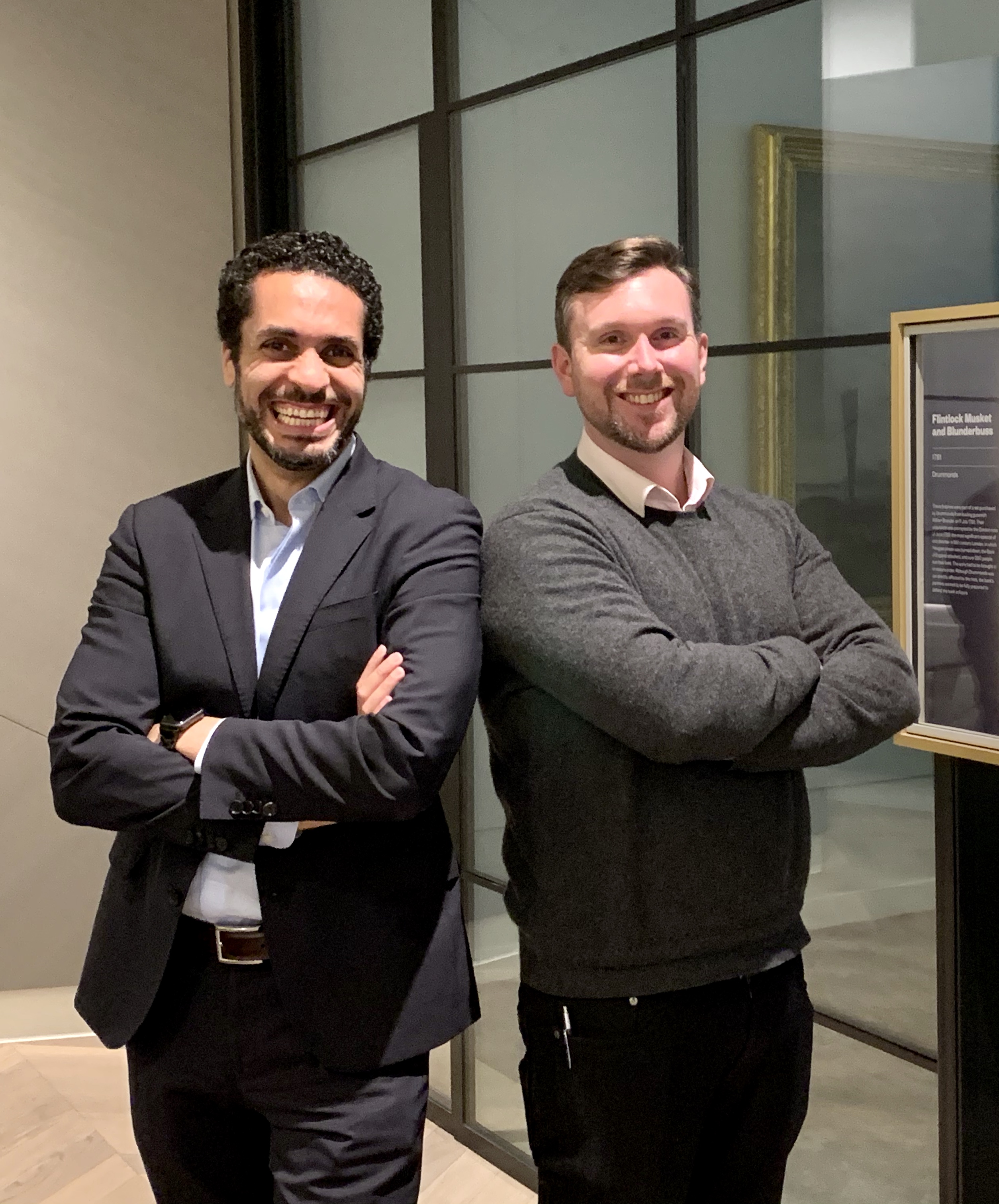 Andrew Speers, Director of Product and Innovation at RBS, is passionate about user experience and developing customer centric propositions. In this podcast he discusses the important role blockchain can help as an enabler of other technologies to delivering great user experiences within the financial industry and beyond.

Andrew recognises that there is no standardised definition to blockchain and his definition comes from as a business user instead of a technologist, engineer or coder. Blockchain is just a distributed ledger technology (DLT). That DLT sits on top of the internet. It is a network of nodes. A node has a unique identity and it stores data.

Applications are built on that network like apps in the app store. Nodes can participate in one or many apps, depending on the blockchain. Andrew reminds us of a few more truth regarding DLTs:

Disruption within a fragment financial industry

Consumer Connectivity Insights 2018 reveals over 69 percent of global consumers would consider changing their bank, retailer or insurance provider due to a disconnected experience. For Andrew this has happened due capacity utilisation within financial services firms.

The financial industry is fragmented and is being disrupted. It isn’t facing disruption it is being disrupted. The issue at hand is that the banking industry is focused on products along lines of technical expertise rather than building products along the user journey or the user experience. If an individual or a business has a multi-product need it fragments as it moves within the bank. The client first goes through an originations function, then into the credit assessment function, then into operations and/or bespoke product knowledge such FX trading finance, insurance risk and others. Complicated clients with complicated needs have to go through a number of different silos within a financial services firm which creates a hugely disconnected experience for them.

DLT is coming to a maturity point now where it’s helping financial firms to knit some of this together to create client centric user experiences by having a distributed architecture with identifiable data from corporates. These can be seamlessly stitched together and bespoke user propositions can be created. Clients can now have a little of FX attached to a little bit of credit assessment, attached to a little bit of trade finance with the exchange of data can be automatically transacted on the distributed ledger thanks to smart contracts, thus improving the user experience.

Andrew recognises that these type of challenger banks are doing some great work. For specific parts of their business they are seen as challengers. RBS looks to embed the existing or incumbent technologies they’re using to catch up a little bit or to stop them taking transaction and their clients off the periphery as they build scale.

RBS is looking to DLT and how DLT allows banks to attach identity to client data and to their transactional data. It allows RBS to develop solutions with greater efficiencies as RBS does not need to constantly exchange information between the client and itself and their different departments internally, those fragmented silos that were mentioned earlier on. RBS doesn’t have to process, recheck and reprocess those same data points continuously.

It also means that for DLT clients sitting on a shared protocol such as R3’s Corda Enterprise, who have 57 other banks on their network, then theoretically they are accessible by anybody else which creates further user experience benefits and efficiencies as well.

Billions of people and corporations have an identity. How do you get that identity into a digital format and all of the corresponding information that allows one to prove that identity is owned by the individual or corporation? Andrew believes it to be a huge opportunity but equally a big problem to resolve. Identity needs more critical mass to be built within blockchain ecosystems.

Crypto assets are the largest current use case that’s out there. Security tokens, crypto currencies are moving into a world of bond issuance. For example, the Commonwealth Bank in Australia worked with the World Bank in issuing a bond on the blockchain.

Andrew sees the most adoption and fastest adoption of blockchain technology is in global trade from a financing and logistics standpoint. In trading you have loads of different participants that need to touch a single transaction.

How does the financier know when to release finance against it? Finance can be released when it knows that an internet enabled shipping container goes through a geofence linked to an oracle that connects to R3’s Corda Enterprise which effectively says the goods have arrived at their destination. Payment can be released to the exporter and simultaneously deduct the transaction via direct debit using Corda Settler and complete that transaction.

DLT enables to connect APIs, 5G, Internet of Things and other technologies.

RBS identified blockchain as an opportunity very early on. Their engineering teams helped establish R3 and helped to do the original coding of Corda along with many other participants. RBS helped to develop Cordite and was involved in numerous consortium projects.

Having seen numerous business cases around blockchain, RBS set up a Centre of Excellence around blockchain. Setting up a centre of excellence would be Andrew’s number one piece of advice for any organisation early on in their blockchain journey. That centre is responsible for looking at problems and determine whether or not a solution that is comprised of things like smart contracts, consensus, distributed structures would be useful of the user experience. Once that’s done then a conversation needs to happen around what is the right blockchain protocol.

RBS’s understanding of DLT is now mature enough for it to be technology agnostic. It’s about using blockchain as one of many technologies, often combined together to its client’s user experience problems or for internal user experiences such as services team or regulatory reporting teams.

Blockchain as a technology set is often helping RBS to cut costs, improve service, or finding new revenue streams. Quite often it’s mixture of all three.

RBS is now at a point where they don’t look out for problems for blockchain to solve but instead are looking at problems and asking the question is that a blockchain problem? If it is then RBS uses a blockchain based protocol as the underlying database to get the additional benefits of things like smart contracts, consensus mechanisms and others.

Whilst blockchain has huge benefits as part of an overall architecture. Andrew states that anything a blockchain can do can be done with a traditional database and manpower. However if an organisation wants to focus on user experience, often it will involve multiple parties, multiple data points and multiple accessing, assessing, and manipulation of those data points. Blockchain, in Andrew’s opinion is really the only way through which it can be achieved in today’s age.

What is important to understand is that no business case is ever built on a one-year return. You don’t have a conversation with a client around blockchain as you will lose them in 10 seconds. You talk to your clients around user experience. Blockchain is the only technology that connects the user experience to all the other enabling technologies. In this conversation blockchain sells itself. It will cost a little bit more at the start to implement compared to traditional technologies but over a five-year life cycle the costs will decrease over time as automation is introduced and new revenue will be generated by having a proper good user experience instead of a manual one.

Are customers sufficiently engaged in designing a blockchain solution?

Every product should involve customers in its designs.

Andrew states “we’re sitting in 2019. If you haven’t taken your customers on a beta journey, or you know, a skunkworks journey, helping you develop and design your products, you’re just going to have something that’s not usable or workable. And there’s 1000 people out there doing that exact thing and coming up with a better solution than what you’re going to come up with on your own.”

What is important to remember is that it’s never a blockchain conversation with the client. It’s a “what’s your problem?” conversation and how can all the available technologies at hand be used to solve that problem and create a better user experience.

Blockchain is a protocol that sits on top of another protocol (the web) that enables other technology to tap in and connect. It’s an enabling technology by its very nature. Global Trade Network, formerly known as Voltron, for example uses APIs and connection points in IoT to connect that trade ecosystem together to transact documentary trade in a digital environment.

Marco Polo uses APIs to connect directly into the ERP of a customer to extract data out into the blockchain, where it is processed, transacted and shared. There’s some great examples of track and trace with IoT enabled devices going on at the moment in the gold and diamond industry.

With anything that is being built for an enterprise you often need to consider if it’s something new, to replace something that exists at the moment you’re going to have to spend double up. Until you get to the point of commercialising, implementing and shutting down the existing system you’re going to double spend. It is important to articulate this to the business, the time frames and the cost increases.

The second piece of advice is that in any project, hire the very best people that the budget allows and make sure they’re got a track record and experience on some of these things.

The third piece of advice is choosing your partners and participants very well as well. Review their CVs and go through some of the references that they might give. Spend a bit of time in a project discovery phase, assessing the project and the participants and really navel gaze on the project, Is it really necessary? Or is it an intellectual pursuit?