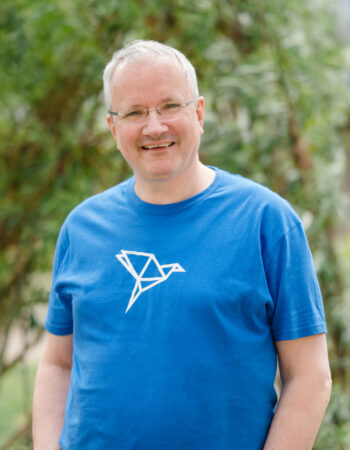 In 2016, Etherisc was one of the first companies to launch a real world use case for a flight delay insurance policy on a public blockchain. Regulatory and lack of stable coin hindered that early solution. In 2017, they relaunched along with an insurance partner but still had challenges. In today’s podcast, Christoph Mussenbrock – CEO & Founder of Etherisc shares with us what they have learned since 2016 and why their 2022 launch is going to win.

Blockchain is a technology which allows you to keep a distributer ledger of transactions. It comes in two flavour as either a public or private blockchain. In a public blockchain, all participants can validate transactions independently thus creating a new level of trust. Some of these public blockchain such as Ethereum offer programmable computing, which enables the running of programs such as smart contracts. Smart contracts can be used to programme a complete insurance business process on top of blockchain which is what Etherisc is doing.

Etherisc was started in 2016 by Chistoph and Stephan when they develop a small prototype for flight delay insurance that they presented at DEFCON2, an Ethereum Developer conference in Shanghai. At that time it was one of the first insurance real world applications. Soon after developing this prototype the Etherisc team started encountering legal and regulatory issues. Whilst tackling those issues they decided to build a whole platform where anybody could build products on top of it, something akin to an operating system for insurance products.

This platform is an open-source common infrastructure, the Generic Insurance Framework (GIF), which includes shared smart contracts, product templates, microservices and the native cryptographic token (DIP) to enable the seamless and efficient creation of decentralized insurance products, with increased transparency and fairness for all parties.

Over the last few years they have developed a new legal model which for the German market and most other European countries which enables them to run insurance products without needing an insurance license which can be quite expensive with a large number of regulatory compliance issues.

This new legal model enables Etherisc to design insurance products without the need of a formal insurance license with the approval of the German financial regulator.

When Etherisc’s flight delay insurance launched as a prototype in 2016 it had no legal framework and no stable coin to leverage for it to have a compelling proposition. The lack of a stable coin meant a highly volatile risk with the use of Ethereum coin leading to insurance payout of either nothing or very large sums of money.

It was only in 2022 that Etherisc could successfully launch their Flight Delay product with a solid legal framework and a stable coin like DAI with which it could run its transactions on.

Thoughts on Fizzy from AXA

In August 2018, Insureblocks featured Fizzy, AXA’s flight delay insurance policy, which subsequently closed in 2020. You can listen to their learnings of that experience on an Insureblocks podcast.

Christoph view on that is that AXA like other traditional financial companies, typically have very complex internal IT systems which are heavily regulated.

Their IT managers and security managers, who are responsible to keep the systems running, are not comfortable with blockchains, and even less with public blockchains. Christoph states that it is completely against their thinking to have an open, anonymous platform that they can’t control and where they don’t run the nodes. Thus, it’s very complicated for a traditional financial institution to integrate with a public blockchain.

A customer goes to Etherisc’s flight delay website to select airline, enter flight number and date of departure. The price is always the same, set at $15 and the payout varies according to the risk of the flight being delayed. Etherisc believes in transparency as it shoes the probability of the flight being delay in percentage terms and also the percentage of flights which have been cancelled in the last month along with the possible payout. 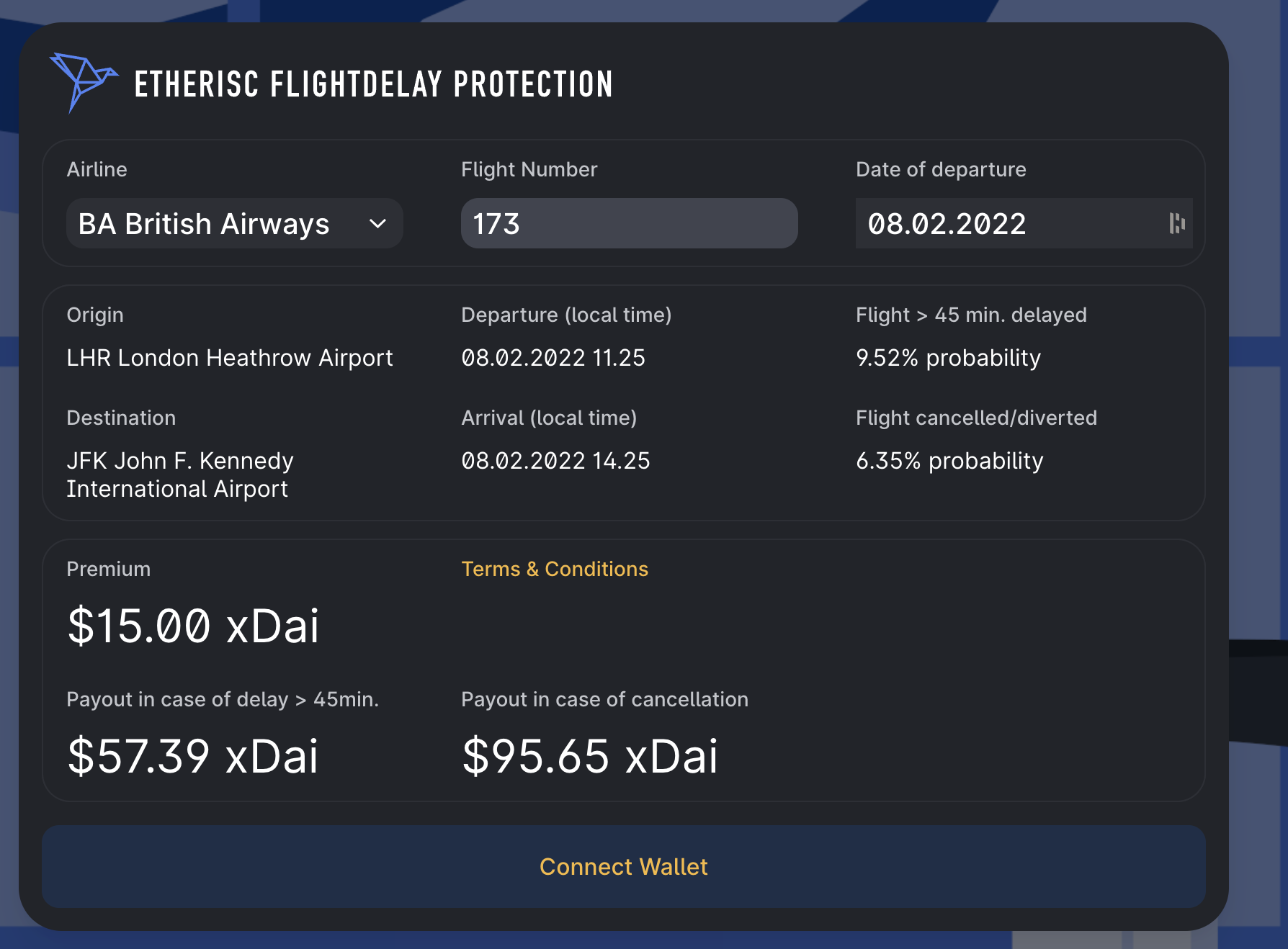 The purchasing process happens when the customer links their MetaMask crypto wallet. No other details is required. No need to enter name, address, passport and no KYC because the $15 premium is below the threshold of when KYC is needed. In comparison to traditional insurers, there is no personal data that is stored by Etherisc, no paper work and the customer remains anonymous.

If the flight is delayed or cancelled the payout happens automatically and the funds will be placed in the customer’s MetaMask wallet. No need for the customer to file a claim as in the case with traditional insurance.

A smart contract that lives on a blockchain has no direct connection to any external data source. For it to connect with external data you need an oracle as the ones provided by Chainlink. Insureblocks did a podcast with Sergey Nazarov, CEO of Chainlink. Chainlink provides to Etherisc decentralised networks of oracle data which is then aggregated into a single data file which can then be processed by Etherisc’s smart contracts.

With Chainlink, Etherisc has access to an open data marketplace where it can select the relevant data sources such as FlightStats which has access to high quality data from all airports and all airlines.

Etherisc is launching a platform for them to launch their own risk pools and are also forging a Global Alliance for Climate related risks.