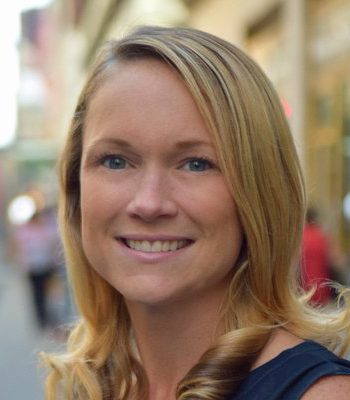 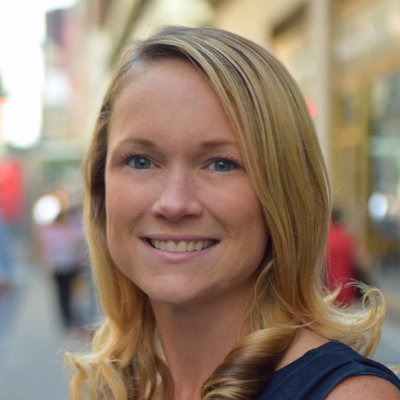 For this 6th episode we are going to move a little away from insurance by visiting R3 – the blockchain banking consortium, to hear about their blockchain journey. For this episode I was privileged to have Ryann Rugg, Head of North America at R3, chat to me straight from New York. Ryan is spearheading North American Business Development and Insurance for R3, focused on building and empowering blockchain solution for her clients.

For Ryan, there is no formal agreed definition which what makes it difficult to define in 2 minutes. In its most simplest form, blockchain is about getting to reach consensus on a replicated shared database across multiple sites / entities / institutions with no central institution. To be able to bring untrusted entities within a trusted environment.

The difference between DLT (distributed digital ledger) and blockchain. Blockchain is a data structure which is a form of DLT and it is comprised of immutable digitally recorded data called blocks.  A blockchain is a way of implementing a DLT. But not all DLT are blockchains.

September 2015, a group of nine banks got together with the founders of R3 as they were spending hundreds of millions of dollars on building PoCs (proof of concepts). They realised that it was an emerging technology and they wanted to mutualise the resources. One of the first projects they started working on was project Genesis who aim was to test out all the different blockchains out there such as Ethereum and Hyperledger Fabric to name a few, to see which one would fit for financial institutions.

As none were fit for purpose from a scalability and security standpoint they decided to build their own blockchain, called Corda, from the ground up by their members for their members. Since those days R3 has rapidly grown from the original nine banks to now over 200 banks, financial institutions, regulations and trade associations.

The R3’s secret sauce… being a start-up!

Being to fail fast is key. They have run 100-150 use cases and PoCs. Several of them were just PoCs for their members to learn from. They use a lot of agile development, with most projects running for 6 – 12 weeks. At the end of the PoC it is determined if it goes into production and what resources are required to enable that. If it is not put into production then the learnings are mutualised, put into white papers and shared within the ecosystem as to the reason why this PoC wasn’t put into production.

Close to 85% of the PoC’s code is open sourced to its members to help accelerate its members understanding and developments with blockchain.

Additionally, R3 partners with numerous startups including ChainThat, to help accelerate R3’s growth by building apps on top of R3’s platform. For this year, R3 expect to have five apps onto their platform.

A lot of the pain points that insurers are facing are very similar to the ones of  banks in terms of identity, KYC (know your customer), AML (anti-money laundering), reference data issues, trade life cycle and codifying contracts. R3 quick realised that for them to work alongside the insurance industry on a blockchain they needed a set of standard. So R3 partnered with Acord to launch the insurance industry centre of excellence for DLT in April 2017. Acord was a way to accelerate working with insureds and optimise the messaging and reconciliation for insureds onto blockchain.

In addition to insurance, R3 is interacting with other industries such as supply chain which is starting to build on the R3, Corda blockchain platform.

Where to start with blockchain?

In Insureblocks’ episode 2 – B3i, a question we had discussed with Greg Crow, Global Head of Architecture at XL Catlin, was should an insurance company join a consortium like B3i or try to build its own blockchain PoCs? Ryan agreed with Greg’s answer that you should do both.

It is important to understand the technology first and foremost and appreciate how it can be impactful to your entities as well to your individual business lines. But the true power of blockchain is through the network. So a consortium is a great way to do that. Acting in a silo by deploying a blockchain internally into a company is possible and it will lead to some efficiencies and streamline. But the real cost benefit is through the company’s global interactions with its partners. Where you are individually reconciling data and having large expense ratios due to a lot of human interactions being able to streamline that is key. Being able to reach consensus before anything is recorded onto the ledger and having an immutable record knowing the provenance of assets cross jurisdiction is what blockchain can offer.

In Ryan’s opinion the biggest barrier institutions have with blockchain isn’t over the technology but around regulation and compliance. Doing business in multiple jurisdictions. Who is going to be the governing entity in an event where there is a dispute. R3 has brought in numerous central banks, regulators and insurance entities to think through those issues. R3 has provided them with an observer node for regulators to be able to see all the transactions that happen on the network

Ryan shares many other interesting points in this podcast including what we are to expect in 2018, so please have a listen and tell us what you think? If you liked the podcast please do review it on iTunes. If you have any comments, suggestions on how we could make it better please don’t hesitate to add a comment below. If you’d like to ask a question to Ryan, feel free to add a comment below and will get her over to our site to answer your questions.

Meet Ryan at the Blockchain for Insurance Summit

On the 21stof May Ryan will be in London at the Blockchain for Insurance Summit. You can attend this event with our 30% discount voucher: 9700INS30