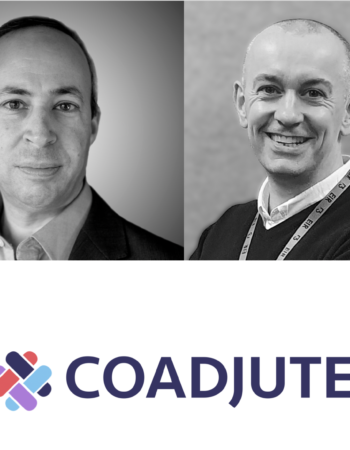 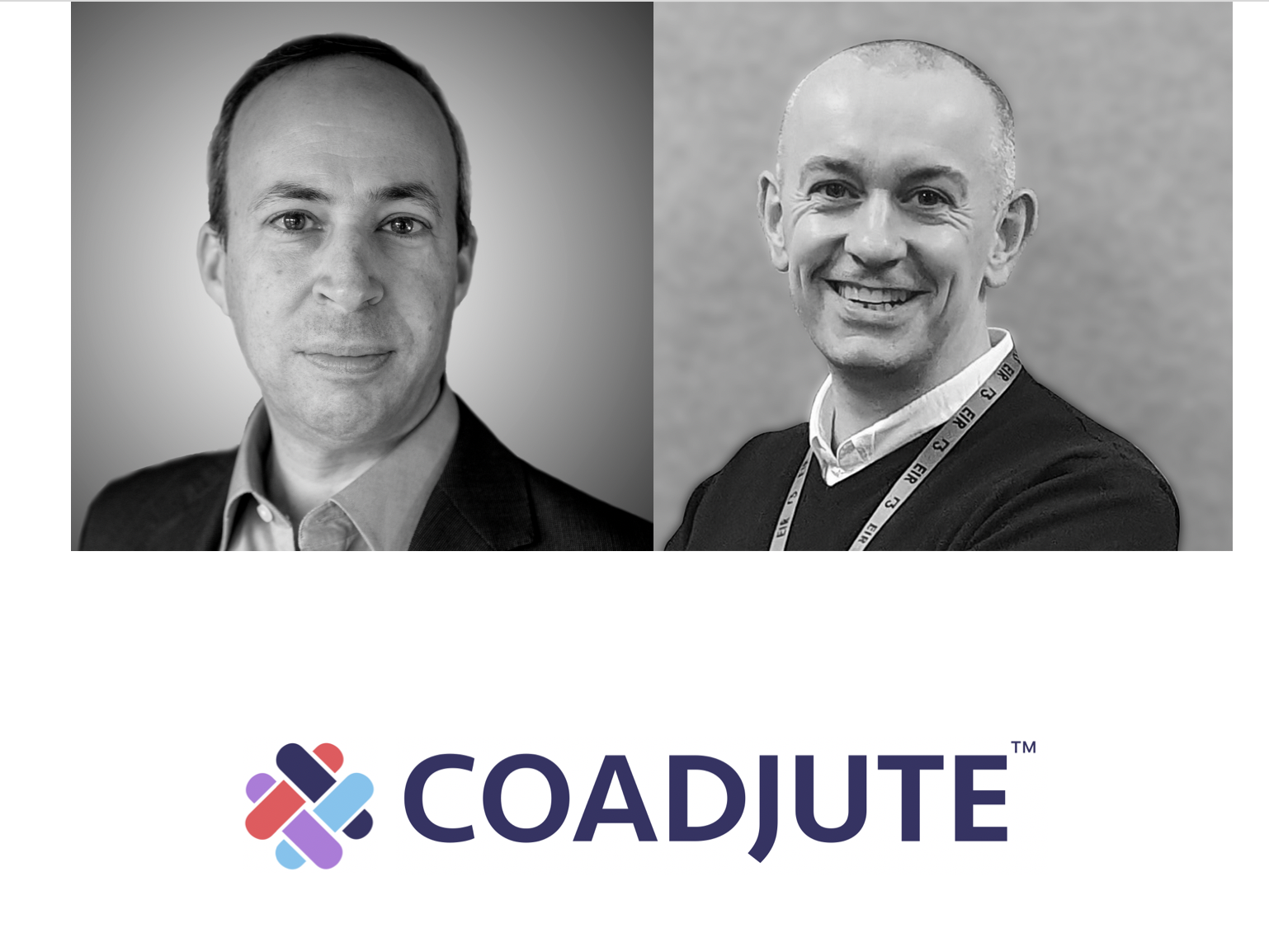 In this podcast we had the pleasure of having Dan Salmons, CEO of Coadjute and John Reynolds, COO and founder of Coadjute return to Insureblocks to share with us the launch of their real estate blockchain platform and their thoughts on a mortgage stablecoin.

Dan’s definition of blockchain: In our previous podcast, Dan had used the glass box theory as an analogy to explain what is blockchain. For this podcast he uses a football match. In the old days before live TV existed, you had to rely on a newspaper reporter or a friend at a pub explaining to you what happened in a match that you had missed. In that scenario you have to rely and trust somebody else to share that information accurately and reliably to you. What blockchain does to the property market is that it introduces the possibility of live TV where you can form your own opinion as to what happened as can everybody else. Blockchain brings that sense of all its participants having the information for themselves without having to rely on some other intermediary to give them second hand information.

John’s definition of blockchain: In August 2020, John saw blockchain as allowing the data to flow between the various different systems. Now for him, blockchain is fundamentally about trust. It’s the identity on the digital trust ecosystem that Coadjute has built by connecting numerous platforms and putting in a trusted identity. The data flows whilst important, can only be trusted if you know the identity of the source of the data. Digital identity and trust is fundamental.

Coadjute recognises that today the experience of buying and selling property in the UK, and in most other countries, is a complex and fragmented activity that takes a very long time, requires the coordination of a lot of parties and is overall a difficult, slow and frustrating experience for both the buyer and the seller.

It’s the same for the people involved in the property market whether it is for the professions involved in legal, real estate, government, financial and son on. They all have to come together on a property transaction for it to work. Today there is no market infrastructure like the ones you find for the stock exchange and others.

What Coadjute does is that it acts as a trusted network that connects all the systems of the different players in the property market in an interoperable manner. This means whether you’re a real estate agent, a legal conveyancer, a mortgage broker you can access your regular platform and yet still have access to the activities of the other parties involved in your transaction. You can see what is being done in real time, share messages, documents, identity funds and much more.

The housing market in UK is composed of numerous parties ranging from legal firms, estate agents, and lenders to mortgage brokers. Today’s property process involves waiting for documentation, chasing for updates, rekeying data and endless uploading of documents, all of which add to the time and cost of the property transaction.

With more than 25% of deals currently falling through and billions lost in efficiencies, Coadjute is introducing R3’s enterprise blockchain technology to help solve this problem.

With the Coadjute network, there is greater transparency, a reduced risk of fraud and an accelerated process with significantly less admin. Conveyancers will be able to protect sensitive client data by Coadjute’s encrypted network, which only the conveyancer and the receiving party can see. In addition, all parties involved in a property deal – including the estate agent, conveyancer, mortgage lender, and broker – can track the live progress of the transaction from their existing software.

Launching in July 2021, with the first live property deal on the network, a 3-bedroom house, Kent, Coadjute has ambitions to reduce the 5-month average process for buying and selling property by half.

Seven of the most respected software companies in the property industry – including Osprey Approach, Redbrick Solutions and conveyancers AVRillo – have already signed up to the Coadjute network with the full backing of the Land Registry.

There are over 100 software platforms in the UK property market who each have different APIs if they have an API. They all have different data models and data schemas. So for one of those platforms to connect to every other platform it’s an enormous job.

Overall each software platforms that connect with Coadjute gets new features for their users, reduced connectivity backlog, and get to control their own data.

Dan also commented that he was getting feedback from their participants on the network that they were getting closer to each other as if the simple fact of looking at the same data they seem to be getting better along with others on the network. Have you seen something similar to that on your own blockchain network? If yes please do add your comment onto this post.

The need to engage the ecosystem and the role blockchain can play in it. Coadjute has taken the view that blockchain is not a disruptive technology but a connecting technology. John’s advice is when you are looking to transform at the level of the market you really need to understand that market and its current software. Understanding how you can fit, complement and connect within that ecosystem is very important because blockchain is here to connect with it and add value to it.

A “stablecoin” is a type of cryptocurrency whose value is pegged to another asset class, such as a fiat currency or gold, to stabilize its price. Today the purchase of a property has numerous different money flows between the conveyancer, lawyers, estate agent, mortgage lenders of the buyer and seller. In addition to payments to HMRC for stamp duty and a whole bunch of other sort of micro payments. All of these money movements are done over the CHAPS system without any kind of orchestrating application. These movements are done as push payments followed by an email or phone call confirming the transaction has been done, which in turn is followed by a number of reconciliation exercises between the parties.

This creates high levels of administration which frequently cause last-minute delays in completion, and the familiar “Friday afternoon rush”. The traditional process is also vulnerable to fraud.

The promise of a stable coin is that the lender could have a node on the network, they then capture the funds within the mortgage account, and they issue a token onto the ledger. That token can freely move around within the Coadjute network.

The benefit of that is that the funds are staying locked securely with the bank, the tokens move around on ledger. Everyone has transparency and visibility of how the funds are being moved around. But the token itself is a claim on the actual mortgage funds that are sitting in the bank account.

The party that then ends up with the token, such as the estate agent, ends up with a token for their portion of the of the sales fee, they can then redeem the token from the lending bank. What it does is it takes out a load of risk around push payment, fraud, it creates radical transparency, so everybody knows what’s going on.

But a major benefit of this system is that you can programme the movement of tokens which enables 24/7 365 days a year, programmable property transactions that happen under a certain set of rules.

New round of funding

In December 2021, Coadjute raised a round of £6m from Praetura Ventures. The funds will be used for Coadjute to roll out its platform across the market. Dan shared that there has been a lot of interest abroad for Coadjute. The markets in which they are the most interested in are ones that have many of the same problems as the UK, being a highly fragmented market with a degree of digitisation and where there is a certain number of platforms for which Coadjute can connect with.