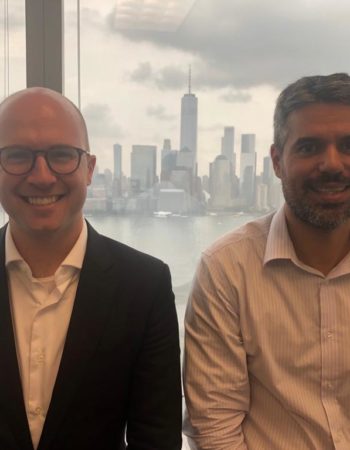 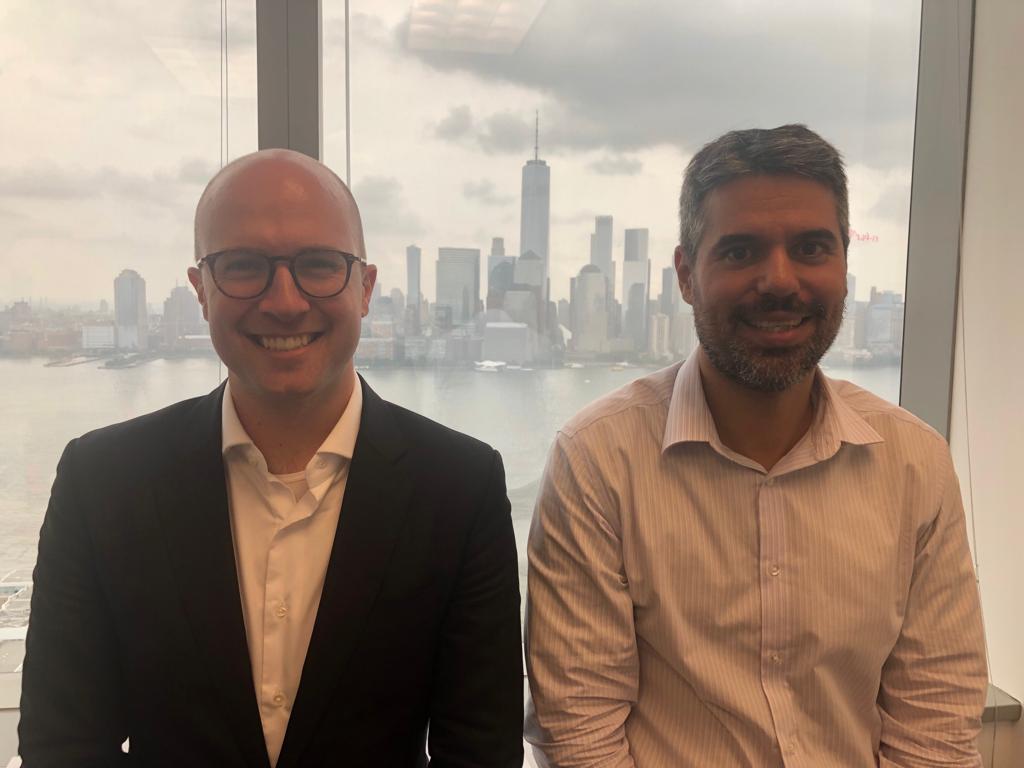 TradeLens is a digital platform that empowers businesses and authorities along the supply chain with a single, secure source of shipping data, enabling more efficient global trade. Join us and Daniel Wilson, director of business development at TradeLens / Maersk and Juan-Jose Ruiz, Head of Strategy & Business Development at TradeLens / IBM to find out more about the exiciting TradeLens platform.

Daniel and Juan are jointly responsible for building out the investment case, as well as overseeing and implementing TradeLens mid to long term strategy, and managing third party engagements.

Today’s traditional ways of storing data, whether cloud native or locally are great if you’re able to trust with absolute surety, that the people and the organisations and the systems managing those data will do so essentially, with impunity. You have no risk that the data stored there and the systems will have any way of being challenged or corrupted.

However, we all know that these systems aren’t perfect, and they have limiting features on them. Even systems as secure as banks have billions of dollars stolen from them each year. Because something as simple as hacking in and changing numbers in accounts is something that is feasible, given today’s technology.

So basically, what blockchain is, is a way of moving away from the centralization of control and authority. It’s moving away trust from a single body and towards a distributed way of managing that information, and a distributed way of managing trust. Essentially what this means it that everybody within a blockchain network has a stake in the management of the system. Everybody has a way of checking the actions and activities of everybody else.

In an environment like supply chains this is very important as the idea of trusts and systems does not exist today as lots of paper and manual process are still being used in managing trade. What blockchain can enable, amongst other technologies, is a way of distributing digitization across the network, without centralising that control in any one party or body.

Daniel used an analogy of the airport and planes to describe what is TradeLens. For example when Daniel books a flight to Europe from Newark airport in NY with United Airlines, he might find out that his plane is actually operated by Swiss Air on a different type of airplane leaving from a different terminal. However he can still choose his seat and check in using his United mobile app.

Basically, air travel for passengers is great because you have these all in one solutions in front of you on your phone. Containerized shipping isn’t like that. A typical container will have an end to end journey that involves as many as 30 organisations such as the port loading the container on the ship, the shipping line who has the ship, the banks providing financing, government’s providing certification and clearance and much more.

In those 30 organisations you’re dealing with at least 100 individuals and more than 200 information exchanges in the process of that container journey.

And today, the best case scenario for most of those information exchanges, is an EDI communication protocol, which is 1970s technology, it’s batch processing, it’s not particularly resilient. Outside of EDI you’re dealing with emails, phone calls, WhatsApp and texting. But in the majority of cases those information exchanges are being done with a lot of paper and faxing.

TradeLens is trying to address this lack of connectivity in three steps:

The whole platform acts like an open and neutral operating system that exposes the network and its capabilities through a set of open APIs to the TradeLens marketplace on which both TradeLens and third parties can build and deploy capabilities to address specific use cases.

TradeLens brings together a supply chain ecosystem on a single shared and open platform that can be delivered by different parties to create value. The vision is to connect the ecosystem and to drive innovation.

Digitising documents onto the blockchain

We can store the document in a secure way with the signature of the user who created that document. Blockchain provides that trusted paperless set of data registered onto the blockchain, that can replace the actual physical copies that are being used today.

Only a fingerprint of the document is put onto the blockchain, not the entire document. It certifies the origin of the document and that it hasn’t been tampered with. The data within the document comes in a structured format which enables automation of business flows through the use of smart contracts. This for example can replace some of the existing manual processes to check the contents of the document.

Integrating with the ecosystem

The main challenge in the shipping industry isn’t just that they have different degrees of being digital it’s that they have no ability to use the digital tools they presently have in a collaborative setting.

What these players presently do today is that they export CSV files or PDFs from their existing digital systems and share them with everybody else. TradeLens give them the opportunity to share their files in a structured data format through the TradeLens platform by integrating to it.

By integrating to the TradeLens platform they get 90% of the heavy lifting done by the platform. The platform ensures that all the players within the ecosystem that are connected to it have the latest technology with all of the necessary integration points. It provides them with the backbone on which to build applications on top of. 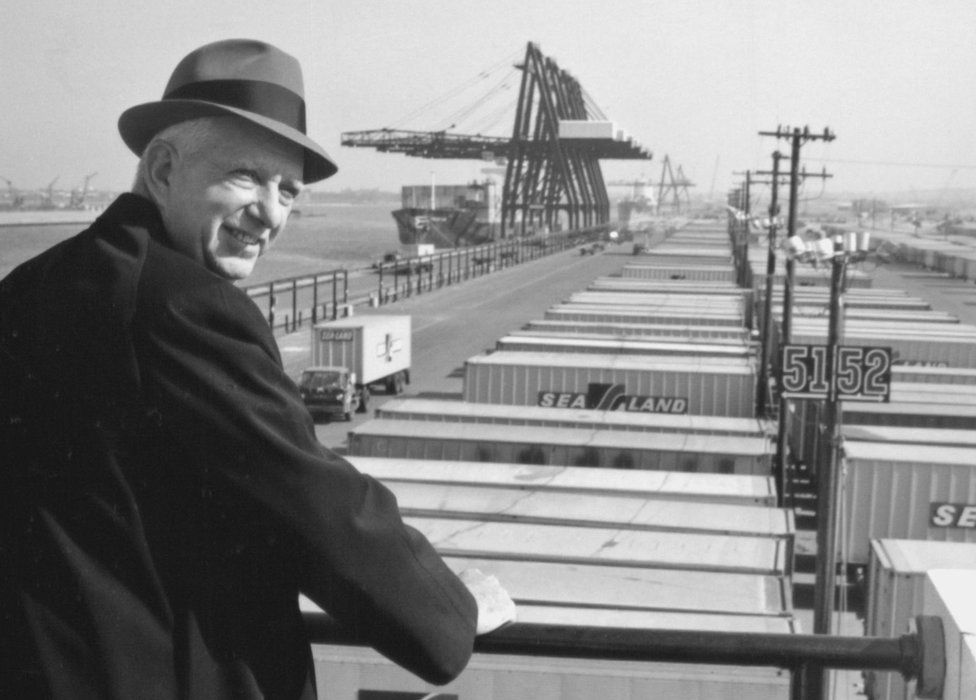 In the 1950s a man called Malcom McLean initiated a process of standardization of cargo containers between shipping companies, harbours, trucks and trains, leading to massive productivity gains where in 1956, cargo cost $5.86 per ton to load whilst now it only costs $0.16 per ton to load. Whilst Malcom McLean was the catalyst for this change in 1956 it took a few decades for that cost to come down thanks to globalisation in the 90s and early 200s to bring it down to $0.16.

Players within the TradeLens ecosystem

TradeLens interacts with the 30 organisations that are part of the containers end to end journey with the vision to move away from a series of point to point integration that exists in the present digital landscape to a fully open ecosystem.

TradeLens is working the banks and insurers to help them improve their existing business practices and reduce the costs of servicing their customers. Giving tools to shippers to improve their business propositions and empower them with access to data they couldn’t have in a timely manner. 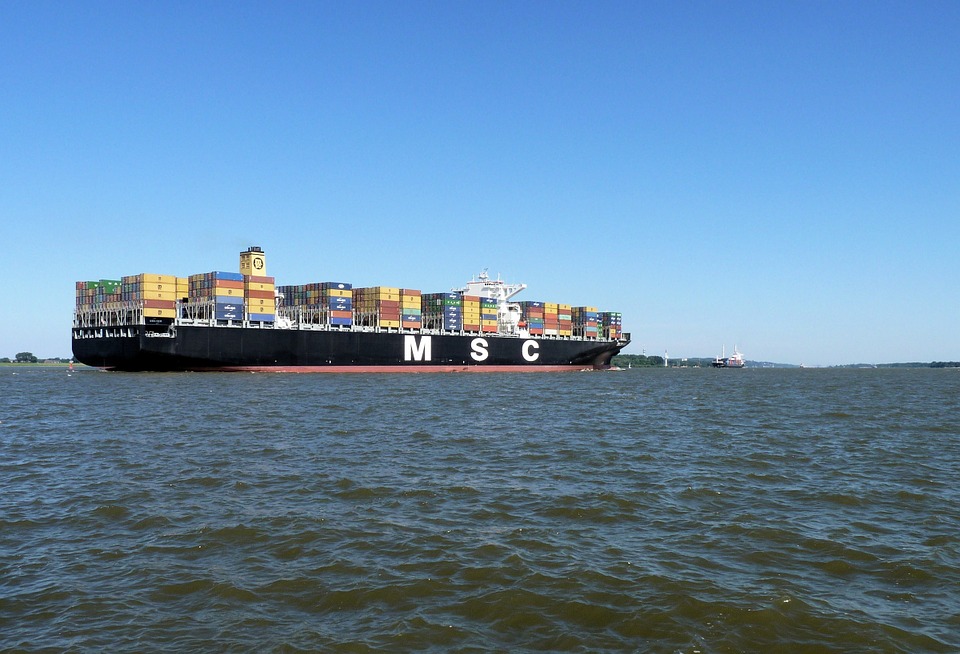 CMA CGM and Mediterranean Shipping Company (MSC), two of the world’s largest ocean carriers joined TradeLens in March 2019. This announcement helped to dispel some of the earlier sentiments that TradeLens would struggle signing up major marine cargo carriers. However they join a number of other carriers like Hapag-Lloyd from Germany), Ocean Network Express from Japan, and a number of regional carriers, logistic companies, exporters and many more. All of these different players play an important role in enriching the TradeLens ecosystem and validating the proposition.

Consortium approach or not?

Having the leading shipping line in the world, Maersk and one of the leading global IT company for business processes, IBM, the TradeLens team felt they could move faster whilst always engaging with the ecosystem. It wasn’t a consortium approach but a network first approach. It meant constantly engaging and talking to all the players within the ecosystem to ensure that the solution they built was for the market whilst moving very rapidly in a true start-up style.

In terms of governance this comes in two facets:

The first one is regarding the technology which is delivered in an open source manner to ensure that all participants have access to the source code and have a full understanding of the technology they are using. Whatever is built on the TradeLens platform is opened up as open standards to the entire ecosystem. This helps build trust.

The second facet is how TradeLens manages permissions. TradeLens has its data sharing specification which defines the access that people in organisations have by default to data. This is publicly available. The team regularly solicit input on the specification to ensure participants to the network know exactly where the data go when they publish it to the platform and who has access to it.

With regards to the commercial governance, as TradeLens is a collaboration between IBM & Maersk, they both need to have a consensus view on what decisions are made for the platform. 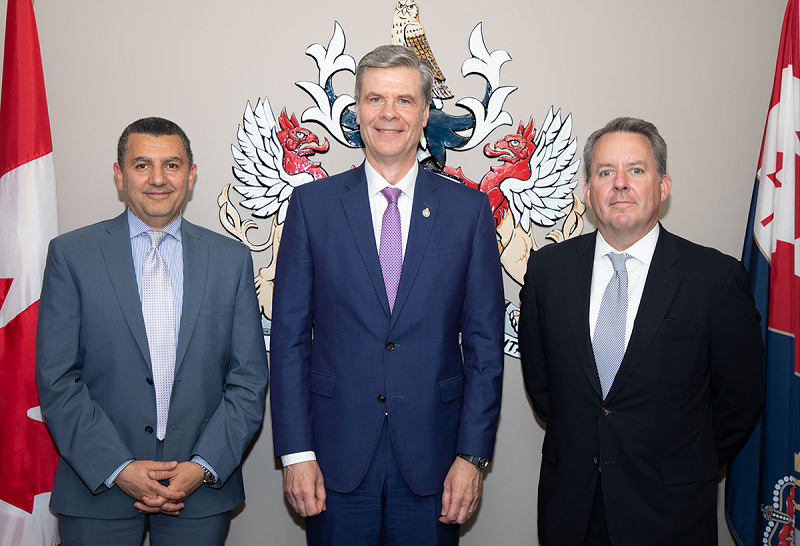 For the pilot, TradeLens had the Canadian border service agency, a leading exporter and importer, a port authority and a leading logistic provider participating. The objective was for them to use the TradeLens platform for them to more efficiently and effectively share information between themselves and access to data they couldn’t efficiently collect today.

Several shipments ran through the platform over several weeks. Data that wasn’t previously digitised was digitised, reduced the number of information changes and specifically the Canadian customs it was about improving risk management and targeting. For example, they had better data to help them identify the containers they wanted to have a closer look at. In turn the other partners within the pilot would get better data from the Canadian customs to ensure that their containers would clear more rapidly than before.

Maersk is presently involved in two blockchain initiatives, TradeLens and Insurwave. Insurwave at the moment it is focused on the insurance market on hull (insuring the ship), insurance and reinsurance.

As Daniel puts it, Insurwave is ensuring the ship instead of the stuff inside the ship, whilst TradeLens is focused on managing the data of the stuff that’s on the ship rather than the ship itself. At the moment there isn’t any overlap between the two organisations.

However, in the future if Insurwave like other blockchain initiatives are interested in looking at how they can optimise information sharing to reduce risk, and to increase the accessibility of products in the insurance market. There’s scope for TradeLens to collaborate with Insurwave or any other platform out there.

One comment on “Ep. 73 – TradeLens – Supply Chain on the Blockchain”