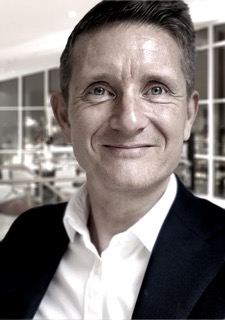 In this podcast we look at the amazing opportunity reforming contracts with self-executing contracts can have on insurance, distributed ledgers and beyond. To take us through this journey we are joined by Rory Unsworth, who until recently was Swiss Re’s Director at Smart Contracts Counsel.

Rory has a background as a UK lawyer with a focus on insurance litigation civil law. In recent years he pivoted towards legal engineering as it is more fun than traditional legal practice because it is about solving new challenges, working in teams and delivering projects.

During his stay at Swiss Re, Rory had the chance to re-engineer the way Swiss Re works around its contracts and manages contract risk. He has now recently left Swiss Re and is moving into the consultancy space.

Blockchain is a type of distributed ledger. A ledger is a type of record keeping system. It allows you to note the state of your asset or of your transactions with those assets.

A distributed ledger, it’s a new concept because it’s shared across a network

What are self-executing contracts?

Smart contracts are bits of code that order the code to take action when a contractual condition is satisfied. They’re not actually contracts. It’s a misnomer. They are “if, then” conditions that execute individual actions, usually with a view to automating or driving contractual conditions. And those actions could be payments or value transfers.

Now a self-executing contract are like traditional contracts but executed by means of smart contracts. To compare it to the internet, it’s a bit like text with hyperlinks, you got the surface text, but there’s another dimension underneath it which leads to an execution piece.

When you used to sign up to iTunes you were presented with a massive click to accept contract which apparently was longer than Hamlet by Shakespeare in terms of word count. This was the traditional contract that came with clauses and so forth which limited the number of devices onto which you could share the music you had bought a license for. You could share the music with five devices but in the old style of contract enforcement if you had shared the music with more than five devices you would receive a nasty lawyer letter asking you to cease and desist or they would ask you to pay a fine for breaching that contract.

This of course would have been impossible for Apple to impose and would have never succeeded as a business model. Apple removed that friction by using a smart contract to do two things:

In that sense contractual enforcement was automated and there was no need for lawyers. The code simply didn’t permit you to breach the contract.

Rory likes to use the metaphor of how self-driving cars are going to change the way our roads will look like and how driving will look like, as an experience, to describe the impact smart contracts will have on legacy approaches.

Contracting and driving are both complex acts which has the potential to be fully or partially automated with lots of benefits to users.

In a future vision, contracts will more or less talk to each other. In a world of autonomous cars, there will be no stop signs and no traffic jams. In the world of smart contracts, the code itself will be programmed to pick up external data points, like in the world of cars, if a speed limit is automatically communicated to the car’s operating system, then the operating system limits the speed accordingly.

Smart contracts will communicate with each other, pick up external stimuli and adjust their behavior one to another and interact with each other.  B3i has a similar model built around this kind of interaction but one between insurance and reinsurance companies. So, in the end it won’t just be smart contracts that support the distributed ledger. They’ll have access to other technology like text mining, semantic computing, IoT (Internet of Things) and other data sources. These will all feed the smart contract with digital information for it to act upon.

In the in the end state, smart contracts will clearly reduce the role of humans in terms of contract execution and accounting, and give businesses the opportunity to invest in further innovation. So, in the nirvana state, the car drives itself and the contract executes itself.

Commercial contracts have grown out of control according to Rory. The complexity of the language and the length of the documents have crept upwards as contracts try to be ever more explicit. And now it’s true to say that the garden is overgrown, and we just don’t know where we are with them anymore.

The European Corporate Governance Institute published in Nov 2016 a paper entitled “Why Have M&A Contracts Grown? Evidence from Twenty Years of Deals”

That study clearly showed that M&A contracts have become much worse in the last 20 years. In the 1990s, contract complexity was at a post graduate grade level 20. Now, it’s at a post-doctoral grade 30. So, you need to have a post-doctoral degree to read them. In other words, understanding of those contracts has been intermediated and can only be done by elites no longer by ordinary business people. In addition, they’ve grown in length by about three times in that same period.

When you look at non-standard contracts or when you look at a book that subdivides into sections or lines of business that all have slightly different governance rules and meaning, then contract complexity is compounded.

What Rory believes we need is a paradigm shift, if not, two things will happen:

However, the main challenge for reforming the current style of contracts is the complacency that exists between insurance, reinsurance, their clients, and regulators. They will all have to be removed from the fallacy that the remedy for unclear contracting is to add words.

A new line of contract is quite easy to introduce with smart contracts because you’re drafting it from scratch. The parties can just come to an agreement upfront to create contracts with a smart contract where there’s no path dependency.

Path dependencies is a very interesting topic in contracting. A recent study by an academic, called Julian Nyarko, at Stanford has proved with research what practitioners have known all along, which is that for existing contract, there’s a significant path dependency, and it’s hard to break away from it.

It is a process to try and re-understand books of contracts together with your counterparty. It’s a process that Rory has created to completely reboot the way we view the terms and conditions across a portfolio of contracts. It’s based on two observations:

Consequently, it is assumed that the contracts can’t be radically changed but instead there’s a method called, digital contract optimization, for decrypting those existing portfolios and using that fresh understanding of them to improve the process of setting up a contract, and then managing risk across the book.

The first steps in a digital contract optimization is to digitalize the entity and then ask what clauses does the company have? And what does it think of them? And in what context? So, it’s not so much what is the view of one expert, but what in fact, is the view of the company represented by its most pertinent expert? This creates the playbook.

Companies who have a standard data language to describe their various types of clauses can use it as the backbone to start implementing things like automating or enhancing the contract review and creation system. Creating radars and alarm systems. And after that, you can leverage that knowledge to automate your policy analysis in a consistent manner, using text mining or other analysis techniques.

The next step, is to start allying that new knowledge about contract content with the value dimension. For example, some contract clauses may shift the value of that contract one way or another. Knowing which contract clauses and categories have value means that a machine can start weighting them to test for importance. Future contracts reviews can thus be limited to looking through machine generated summaries instead of having to review the whole contract again.

Key risks in undertaking a process of digital contract optimization

A key risk is around transparency. Whilst transparency allows conscious decision making and improvement in risk management. It also comes with a price tag. The expert finds out that they may have been inconsistent with themselves. The company itself finds its declared positions on some risks or the assumptions it was making about how it was exposed to some risk, don’t match out.

The other risk is the human risk around change management. Any kind of digitalization process raises the question around whether or not employees will lose their job or not.

Once firms have gone through the process of digital contract optimization and we see an increase in legal engineers, Rory believes that firms like B3i will see a massive acceleration in their ability to get scale. At the moment the number of contracts you can put on B3i’s platform is one at a time. The digital optimization process will allow it to be done in bulk to create greater adoption and to start creating exactly the type of ecosystem they’re looking to build.