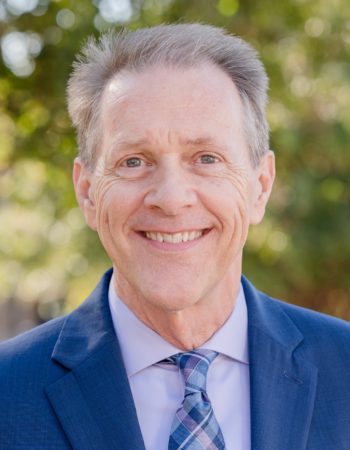 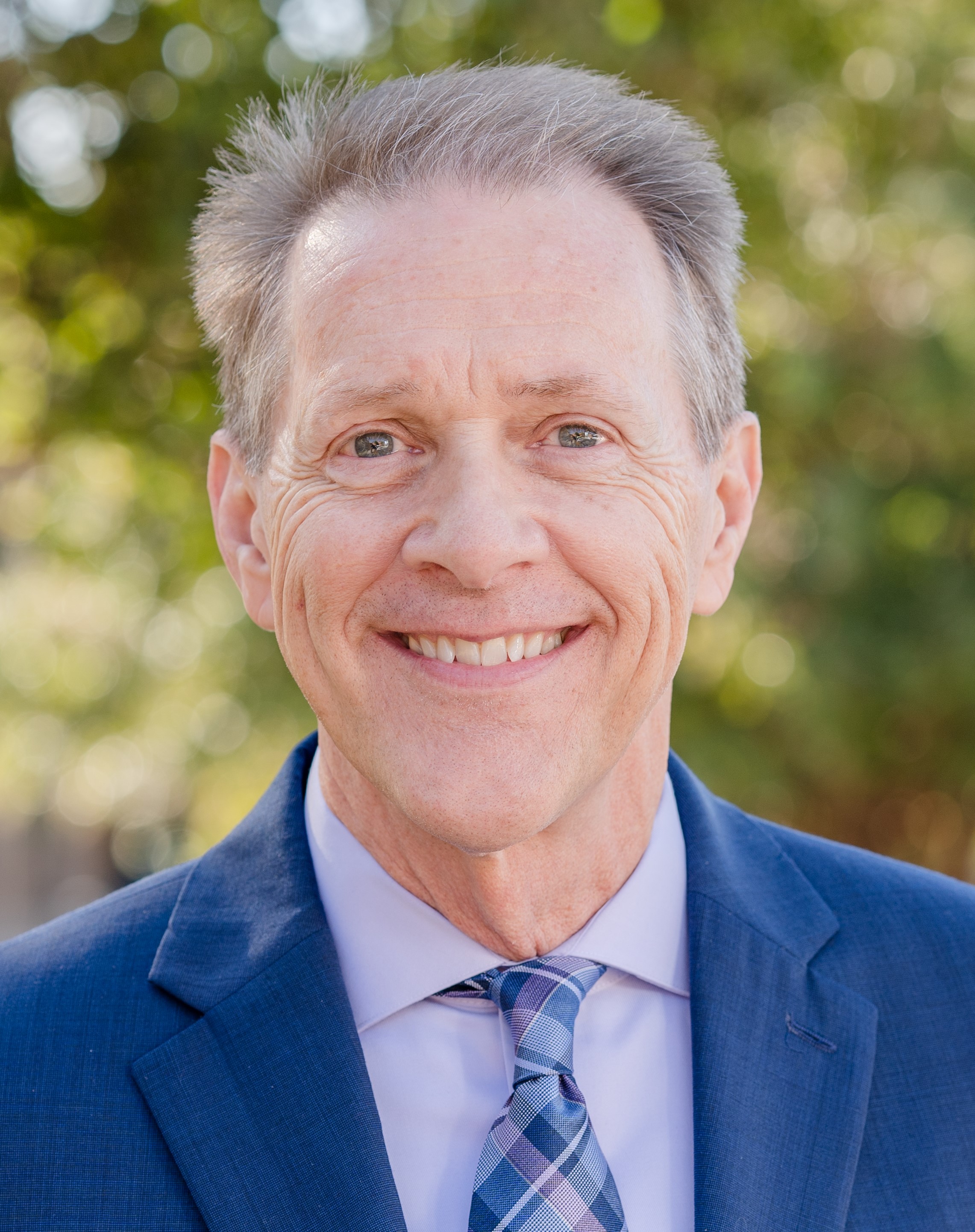 Dale Chrystie is a Business Fellow and Blockchain Strategist at FedEx who has been in the transportation industry for over 30 years. He also serves as chairman of the Blockchain in Transport Alliance (BiTA) Standards Council, and is a member of the Blockchain Research Institute. In this podcast Dale walks us through the work FedEx is doing in the blockchain space and his view on why he believes the future of blockchain is an open source one instead of a consortium one.

Dale believes that to effectively define what is blockchain to as wide an audience as possible you need to use basic language and basic concepts. He boils blockchain down to five words: digital, ledger, permanent, transparent, and shared. Blockchain is a digital ledger that is permanent and uses cryptography. Once an entry is added to the ledger it can’t be changed. It’s transparent to all relevant parties and it is shared which is to say it exists on the cloud.

Having said that, Dale is also known for characterising blockchain at conferences as boring and useless. Because blockchain is just a database that sits amongst many other tried and tested databases that are fast, process millions of transactions, are enterprise ready and ruggedised. Blockchain isn’t quite there yet. It isn’t very fast, scalable or mature. However, what it does, it does really well. For example, where authenticity and provenance matter, blockchain will completely change worldwide supply chains.

Challenges of the logistic industry and the role blockchain can play

The logistics industry is one where information systems use paper legal documents and electronic data is transmitted via electronic data interchange (EDI) and where documents are often shared via email, fax and courier. In the freight industry or the Less than Truckload (LTL), industry as it is known in the US, has been using paper process with bills of lading, documents and manifests for decades. Dale believes it is ripe for moving forward into the digital world.

In 1978, Fred Smith founder of FedEx, is famous for saying “The information about the package is as important as the package itself.” For Dale, Smith was way ahead of his time as that statement still holds true today. He believes that we are at this very unique intersection of the physical world and the digital world. Where on one side you have the physical world and on the other you have a digital twin of it which contains data about the package.

Blockchain is the first technology where companies will be able to share selected data in a peer to peer fashion without the need of middlemen.

Fedex’s blockchain journey started around a process in the dispute resolution area that was causing freight claims for a couple of million dollars a year. Around that time Walmart had a few early use cases in the food safety space which had inspired Dale on how blockchain could be used. The identified issue was for a three party dispute resolution scenario involving a receiver, a shipper and a carrier. The issue was that the receiver was ordering hypothetically 100 items from the shipper via a purchase order. The shipper then received it and fulfilled it. In their fulfilment process they pushed it to the warehouse in two pallets of 40 items and created a bill of lading. The two pallets of 40 and the bill of lading is given to the carrier and ultimately delivered to the receiver. A few weeks later the receiver sends notification that 20 items are missing. There wasn’t visibility to the missing 20 items.

This same three party scenario could also be used for a number of other examples like payments, rebates or other process examples where you have multiple parties speaking a different data language.

The learning from this experience was that blockchain creates a common language and creates a secure chain of custody. For Dale though the real opportunity is on the peer to peer side. If two parties who want to transact can do it in a trusted environment then you don’t need a whole range of intermediaries that traditionally would have facilitated that transaction.

Blockchain needs to be open

Whilst blockchain consortium may work in some scenarios they don’t believe the consortium model will scale. Every time a new member joins the consortium there is an array of paper documents that need to be signed such as non-disclosures and involvement of lawyers. It can be cumbersome and it can take time. Consortiums can scale to 10, 50 or even 1000 identities but in the global commerce space you are talking of tens if not hundreds of thousands. Because of these reasons an open blockchain based on open licenses can scale globally in the global commerce space much more effectively than with consortiums.

Dale however recognises that in some examples, consortiums can make sense. For example in the US pharmaceutical market if you sign up 100 players on a private consortium blockchain you have the whole industry.

In 2018 at the Consensys conference in NY, FedEx Chief Executive Frederick Smith stated “We’re quite confident that (blockchain) has big, big implications in supply chain, transportation and logistics,” and “In the area where FedEx makes its living, this could be a big deal.” To which Chief Information Officer Rob Carter added “This is such a game changer for us because it extends those boundaries outside of our four walls,”. FedEX wants to support an open blockchain instead of taking the approach of slapping a FedEx logo onto a proprietary blockchain.

Dale recognises that standards drives everything. Standardisation of the width of rail tracks in the US in 1863 is what enabled to connect the east coast to the west coast. Because of that, in February 2018, FedEx joined the Blockchain in Transport Alliance (BITA)  which was founded in August 2017 and has since grown into the largest commercial blockchain alliance in the world, with nearly 500 members in over 25 countries that collectively generate over $1 trillion in revenue annually.

BiTA is a member-driven organization; members are primarily from the freight, transportation, logistics and affiliated industries. Alliance members share a common mission of driving the adoption of emerging technology forward. They accomplish this by developing industry standards; educating members and others on blockchain applications/solutions and distributed ledger technology (DLT); and encouraging the use and adoption of new solutions.

By working within BiTA, FedEx hopes that by developing open source royalty free standards to help accelerate the adoption of blockchain technology.

In November 2019, the Global Express Association that regroups Fedex, UPS and DHL prepared a concept paper entitled “Next generation border clearance through disruptive technologies”, that it presented to the World Trade Organisation and the World Customs Organisation, in which it states that “DLT can overcome many of the current challenges faced by Customs and other border agencies with regard to revenue collection, combating illicit trade, including counterfeit, safety and supply chain security”.

In the paper it also states that EDI and digital signatures have helped to digitise cross border processes in international trade but do not yet allow the verification of authenticity and accuracy of documents such as bills of lading, certificates of origin and invoices which can lead to disputes and delays.

The concept of co-opetition and of a shared purpose really came to life during the pandemic as companies and governments all identified the shared purpose in providing PPE and other items towards fighting COVID19. The other point to come out is how complex and cumbersome the global supply chain really is. And as at the Consensys conference in 2018, FedEx’s chairman and founder, Fred Smith stated that blockchain will completely change worldwide supply chains. This will be done by streamlining them, peer to peer technology, smart contracts and data that is cryptographically secured and authenticated.

Advice to C-Suites who ignore blockchain

Dale, looks at C-Suites from two angles. On one end they have a technical background, whether that’s in finance or legal or something else. On the other they share risk and opportunity, responsibility and strategy opportunity.

From Dale’s point of view blockchain is not just a technical discussion but also one that involves risk and opportunity.

Blockchain and smart contracts for example will change the speed of when payment is made for services provided. This could be from 30 days to being instant. This gets the attention of the CFO, Chief Financial Officer, the CIO, Chief Information Officer, who will develop the smart contracts. The Chief Legal Officer will need bilingual attorneys to transform paper contracts into smart contracts.

The key piece is the strategy one, when the C-Suite look at blockchain as a peer to peer technology, within a trusted environment, that will disrupt business models by removing intermediaries they will have to understand where their business model sits in this space.

Thus, ignoring blockchain carries the risk that a party may figure out a way to bypass your middleman position. This is why C-Suites need to be actively engaged with blockchain so that they can mitigate that risk by building strategies accordingly.