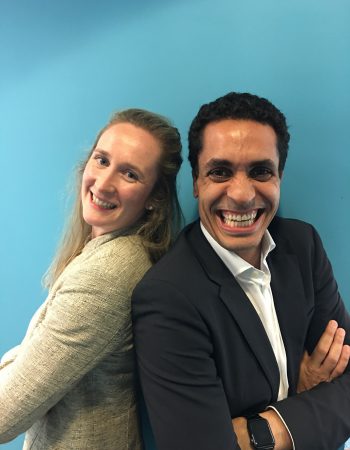 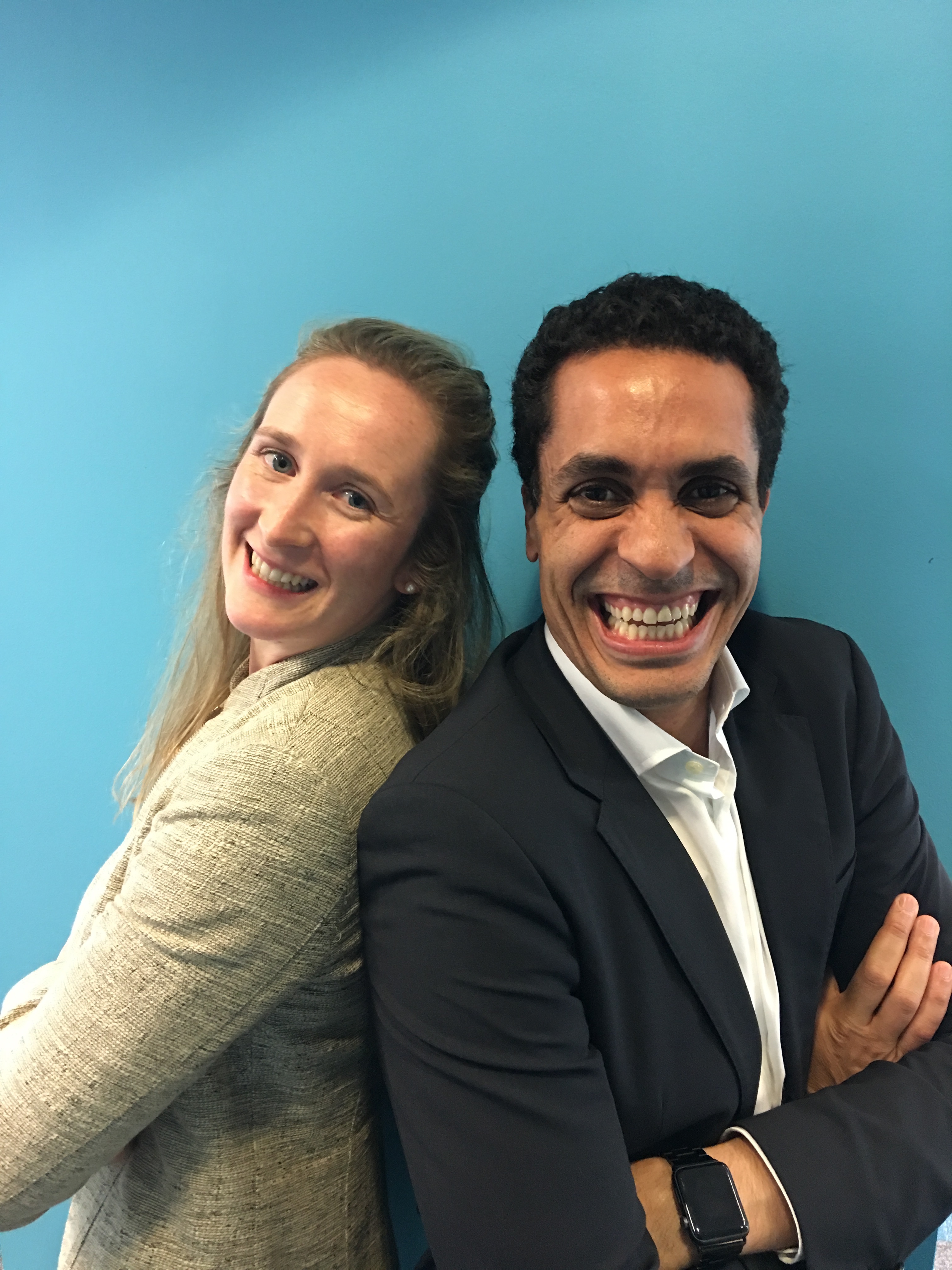 This week’s podcast is all about blockchain in trade finance. We were very lucky to have Marilyn Blattner-Hoyle, Head of Supply Chain and Trade Finance at AIG. In this episode she will share with us the pilot they ran with Standard Chartered and with TradeIX.

Marilyn, approaches blockchain as a layman, so the way she looks at it, is blockchain is a form of distributed ledger technology, which simply put is a distributed database or ledger that can record and track transactions in a secure environment with optimal transparency. Cryptography underpins the way this is done.

The way AIG, and particularly Marilyn’s trade finance team look at blockchain is how it can be used to providing solutions to their clients by creating simpler ecosystems for allowing trade finance to occur.

What is trade finance?

Simply put, trade finance is the facilitation by banks, financial institutions and other funders to support sellers selling goods and services and buyers buying them. There are many different ways to do trade finance whether with receivables, payables, loans or traditional trade finance with instruments like letters of credit. All areas of trade finance are ripe for blockchain/DLT solutions as we have seen with many pilots. So the issues with centralized databases, legacy systems, and fragmented paper driven solutions and even with fraud make blockchain a great potential solution for this industry.

Hurdles with trade finance that blockchain can overcome

The reason blockchain and trade finance are natural partners is because much of trade finance is paper driven, fragmented, with different systems even within corporates, and certainly centralised databases that have a single point of failure.

For example, there is lots of paper-based invoice requirements. There are requirements for following different stages of an invoice life cycle and so there are lots of different data points that are super key for trade finance and so by being able to optimize all of those data points in a centralized place, where there’s essentially one source of the truth; that’s a game changer for the industry.

That’s something that the trade finance industry doesn’t have right now and if it can be solved you can increase the trust between the parties. You can make it simpler to execute transactions at volume and then you can also add far more ecosystem participants such as corporates, banks and insurers.

But at the moment, that’s all very difficult. So even within trade finance you have lots of corporates that use multiple banks to do lots of their different trade finance around the globe with lots of different systems for each jurisdiction and it’s very difficult to merge those. By using blockchain or in fact even other forms of technology, such as even API’s to be able to integrate legacy systems with something like a distributed ledger, that opens up opportunities that don’t mean that you have to make full scale adoption a requirement now.

In October 2017, AIG launched its first blockchain-enabled trade finance system alongside Standard Chartered and TradeIX. The proposition is essentially based around a receivables finance deal where a large multinational corporate logistics client wanted to sell its receivalbes to Standard Chartered to give its core customers more time to pay. The reason blockchain was used was because the corporate wanted the capability to have a multi-bank structure as well as multiple insurers supporting the same.

The operational benefits – the use of the blockchain improves the transparency of the data in the invoice lifecycle which makes it easier to track eligibility of the invoices, insurance limits, premiums / margin and all the data driven aspects of an invoice being funded and insured. So those are huge changes from what’s currently the case where you know as an insurer we may not get this information, we may get it late and so now it’s really much more at the right time. We can make decisions. The bank can make decisions and there’s certainty in terms of what’s being insured.

Blockchain was chosen as a technology because the idea was to set up something that could scale to a much larger ecosystem with other corporates, buyers and insurers.

The core commercial benefits are that the corporate seller can now seamlessly offer a structure that gives its customers longer to pay.

Marilyn believes that the new parties joining their prototype will be more insurers, more brokers, more banks and more corporates. It could also be B2B networks, logistics companies, customs documents providers, warehousing agencies, and a lot more. The wider the ecosystem grows, the more data that enters the system, enabling it to better target the issues that currently happen within the fragmented trade finance world. This will also enable it to better target fraud which currently is very hard to manage.

Marilyn also mentioned that the project worked with IBM’s Hyperledger in the its first initial instance and now they are very closely engaged with R3’s Corda. They see themselves as DLT agnostic and are happy to work with anyone whilst hoping that there is a strong interoperability between all the DLT technologies.

Marilyn shares many other insights points in this podcast on utilising blockchain in trade finance. If you liked the podcast please do review it on iTunes. If you have any comments, suggestions on how we could make it better please don’t hesitate to add a comment below. If you’d like to ask a question to Marilyn feel free to add a comment below and will get him over to our site to answer your questions. 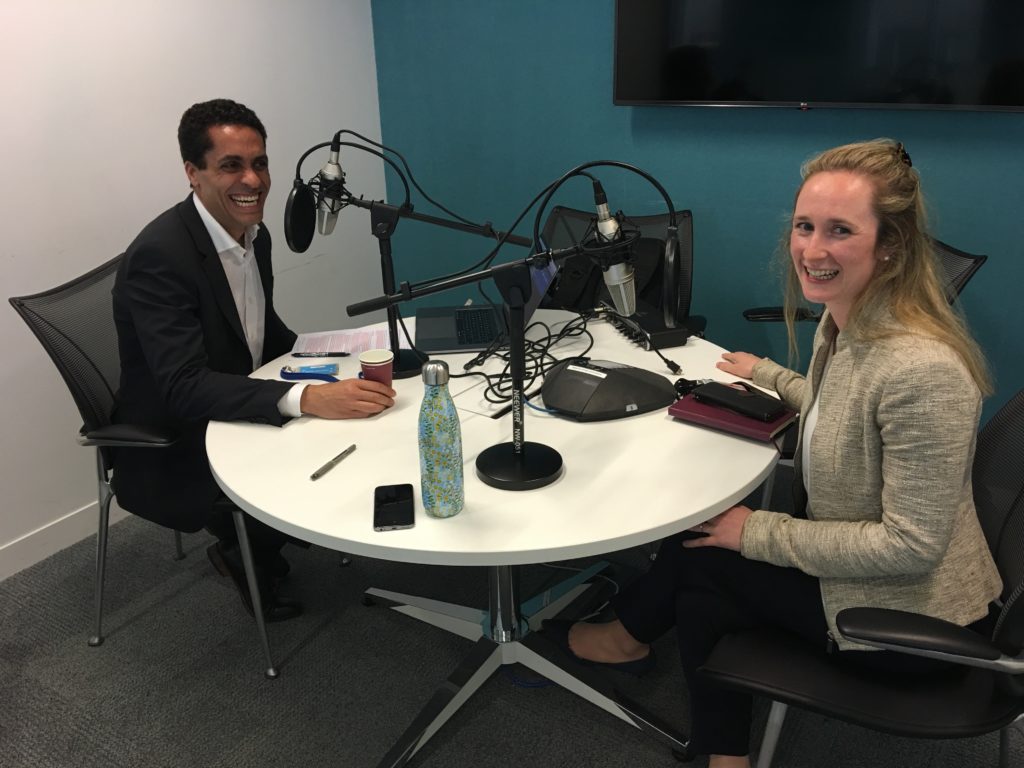