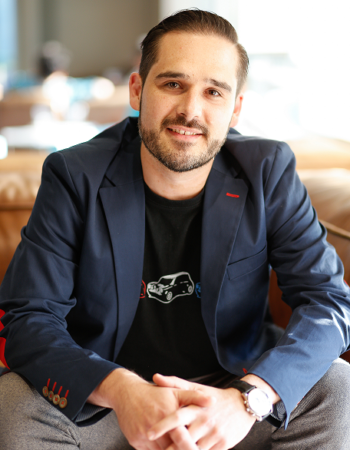 Public Blockchains in Insurance: Do incumbents need to worry? 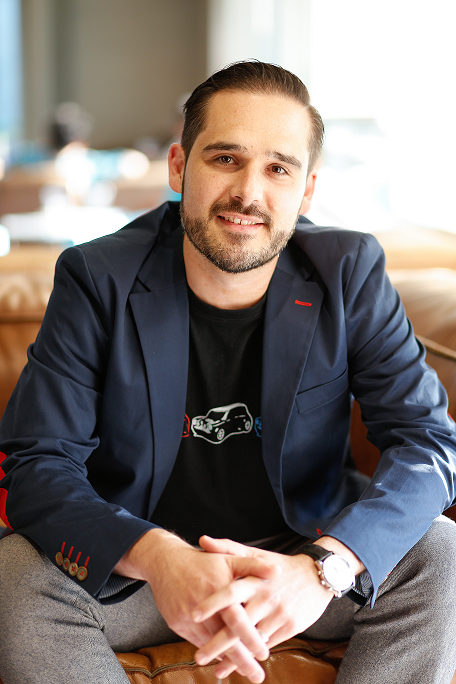 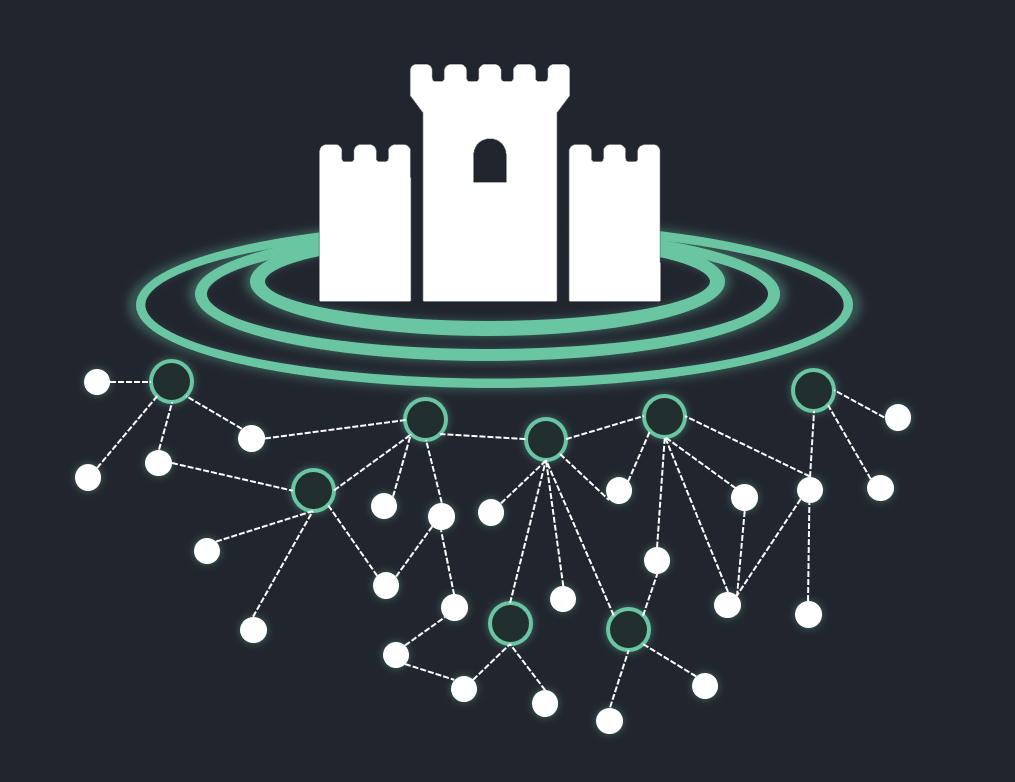 This is a guest post by Hugh Karp, an insurance professional and actuary with over 15 years of experience in the insurance industry. He has held a variety of roles in both primary and reinsurance companies including as CFO for a global reinsurers’ Life operations in the UK. He is now the Founder of Nexus Mutual, a decentralised discretionary mutual, that uses blockchain technology to replace the insurance entity with smart contract code.

For all their clever marketing, insurance industry incumbents couldn’t care less about insurtech. Why would they? They are fully aware that the chances of a small technology start-up being able to take meaningful market share are virtually zero. To do so, would require the start-up to bridge three almost impenetrable industry moats of regulation, distribution reach and risk capital.

It’s much easier to invest small amounts in innovation teams, scout the landscape, sit back and let the start-ups come to you. Because they will, they have to, there is no other way of them being able to get to market and actually sell product.

So why is it so hard for insurtechs? Let’s take a look at each of three moats one-by one.

Firstly, we’ll start with regulation, which is actually both regulation and law. It goes without saying that there is lots of regulation in the insurance industry, for good reason. We don’t tend to look at it this way but insurers are actually looking after customers money until they hand it back as claims after taking fees for expenses and profit. Regulation is aimed at ensuring they look after that money appropriately.

Regulations create barriers in many industries but in insurance they are another beast entirely. There are requirements for significant sums of capital, to ensure claims can be paid, as well as licenses and the appropriately skilled individuals. However, it is even harder than that, even with regulatory sandboxes, like those run by the FCA, many of the hurdles are actually written in law rather than regulation, and sandboxes can’t give a free pass on law no matter how valid or consumer friendly the product. This challenging combination means start-ups must become a full insurer or partner with an incumbent with an existing license.

Secondly, risk capital. Insurance is all about the law of large numbers, the more people and risks are covered in one pool the more stable the fund is and the more likely it is to be able to handle all of its customers claims. This means economies of scale benefits are on steroids in the insurance world. Significant scale drives capital efficiency and if you can’t access capital efficiency it is very hard to offer a competitive product. Sure, you can under-price for a while to gain scale but at some point this catches up with you. Will you be able to get there fast enough? Even so, it’s extremely unlikely a start-up will be able to do this in a self-funded way, they almost certainly need reinsurance or high quota-share coinsurance to enable growth. Again, start-ups have to go cap in hand to the insurers to start playing the game.

Thirdly, distribution networks, this is essentially an extension of capital efficiency, in that established distribution networks give greater economies of scale which drive overall profitability. But in insurance it’s more important than other industries, the old adage that insurance is sold, not bought, still holds sway and breaking into existing distribution networks is extremely challenging. To be fair most start-ups tackle this moat by side-stepping it and building their own network, this is generally where their skill set lies, in user experience and customer acquisition. Unfortunately, human interaction is often required to convert the last step in insurance which makes the “we’ll build a slick app approach”quite a bit more difficult in insurance relative to other industries. Insurance tends to be a secondary purchase after all.

So where does this leave the plucky insurtech? Spending a large chunk of time developing partnerships with existing industry incumbents and making sure they adhere to all their requirements. I have no doubt that these requirements make sense and have been developed in good faith, but all these constraints ensure that value will be captured by the existing players. Truly ground-breaking potential is being conformed out of existence before it has a chance to succeed.

However, there is one technology that has the potential to turn the insurtech model upside down and bridge all three industry moats in one go, and that is blockchain. Not permissioned private chains like all the consultants are touting, but public smart-contract based chains like Ethereum.

So how might that actually work? Well you may have heard that on blockchains like Ethereum you can create native tokens, that can be traded. Think of them like digital assets or shares. These tokens can be constructed in such a way that they incentivise individuals to perform certain actions. The best example is probably Bitcoin which incentivises people to purchase computers and run the publicly available Bitcoin program to generate Bitcoins. With Ethereum we can actually create tokens that are more flexible, ones that can incentivise effort in the form of capital provision, insurance sales, underwriting and even claims assessment. We can create a financial incentive structure that rewards individuals for contributing to it. This is extremely powerful as now we have a way to financially incentivise the building of huge networks, a way to gain economies of scale and distribution reach all by coding up some smart contracts. 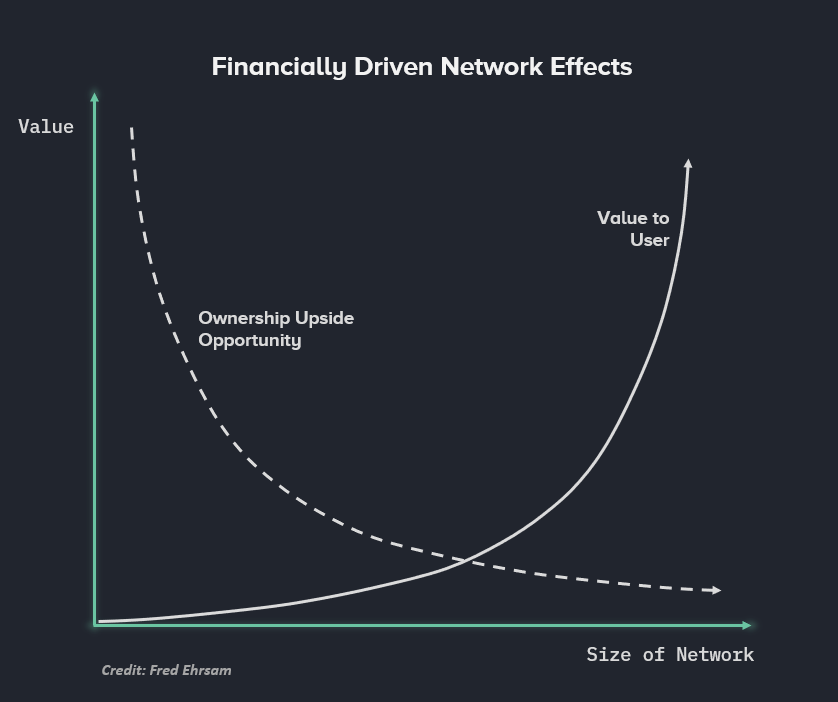 Financial incentivisation through tokens like Bitcoin as well as numerous ICO’s has proven blockchains ability to raise large sums and create very large networks. Applying this technology to the insurance industry can bridge two of our three moats, distribution reach as well as risk capital. But what about regulation and law? Honestly, this is the most challenging, even the UK regulators (PRA and FCA) are openly recognised it by opening a “New Insurer Start-Up Unit”. In terms of blockchain there are two main approaches that you can take here.

The first option is to go full cypherpunk – write a fully automated and decentralised set of smart contract code and let others run the program – like Bitcoin or the prediction market Augur. This is essentially side-stepping all law and regulation and instead relying on free speech with potential users of the platform running the legal and regulatory risk themselves. Note that all of this has yet to be tested in a court of law, so nobody actually knows how it will turn out. I’m not advocating this approach, merely point out that it is possible, at least theoretically. It does however have one thing going for it, in principle, regulators shouldn’t need to regulate it. Insurance regulation was designed to address the issue of agency, looking after others people money, if the code looks after your money instead and the code defines the only ways the money can be used, then the primary purpose of regulation is not actually present. This aspect in itself could be ground-breaking.

The secondary option is to proceed with the partnering approach for the nascent stage but quickly switch to a full-stack insurer with appropriate licenses much earlier, because capital barriers are more easily crossed. This could even be achieved by selling some tokens slightly prior to obtaining licenses to raise minimum capital and then using that capital to finalise the license. A bit more coordination for sure but it does give the option of bypassing the partner approach completely.

While these approaches are not without their challenges, blockchains ability to deliver powerful financially driven network effects give it the potential to really compete with industry incumbents. If the insurance industry is to truly embrace innovation, then barriers to entry either need to be significantly reduced or start-ups need the tools to get across them more easily. Blockchain just might be the tool to do it.

For a real-life example of how this is being applied see Nexus Mutual (author is the Founder).

5 comments on Public Blockchains in Insurance: Do incumbents need to worry?