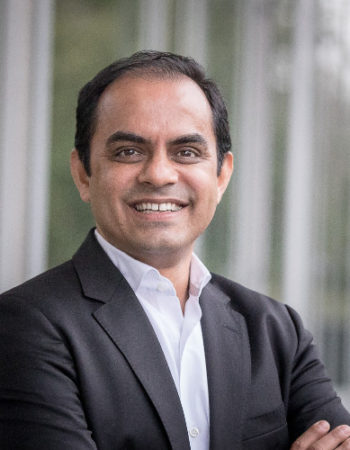 Ep. 34 – Blockchain from Swiss Re’s perspective and the lessons learnt

In this week’s episode we get an insight into blockchain from the perspective of Swiss Re and hear about the lessons learnt from their projects. Our guest is Jags Rao, Blockchain Workstream Lead, Finance Reinsurance at Swiss Re.  Having started out his career over 22 years ago as a software engineer working on a COBOL system, Jags has seen tremendous changes in technology – today he is a strong proponent of distributed computing and he is betting big on blockchain!

“(Blockchain is) a platform in which you can validate transactions, and this makes blockchain fascinating!”

According to Jags, blockchain consists of several components – a network, a protocol, and a distributed ledger. From the business perspective, blockchain permits virtual recording of economic transactions i.e. an exchange involving something of value – which could be a will, a deed or even a title license. From the technology perspective, it is an open-ended database which records transactions in an immutable fashion.

How did the blockchain journey begin?

Jags introduced blockchain to Swiss Re. However, his personal journey in exploring blockchain began by looking at Bitcoin. Jags realized that the technology underlying Bitcoin could be relevant to the enterprise world as it could solve some of the fundamental problems in the insurance industry.

“The insurance industry has been financially healthy, but operationally less efficient. This is partly due to multiple layers of counterparties in the insurance value chain.”

According to Jags, blockchain brings the promise of creating a common network to allow counterparties to track data driven interactions without needing to maintain their own systems. Blockchain will not help just one company but help the industry as a whole.

Blockchain in the insurance industry

Is blockchain a challenge, an opportunity or a threat?

“This (referring to the change driven by blockchain adoption) is a clear business model innovation opportunity for us (Swiss Re.)”

Jags acknowledges that innovation in the insurance industry today is being driven by the end customers of insurance – the change in customer demand makes it easy to bring about change in the industry.

Jags describes Swiss Re as a “risk knowledge company.” The key factors driving profit in insurance today are –

This raises an interesting question – in an environment where blockchain is eliminating informational asymmetry, how should an incumbent react to maintain its leadership position?

Jags views this impact of blockchain as an opportunity to innovate with business models and not as a threat to the existence of (re)insures.

“Collaboration is key; blockchain is an ecosystem solution.”

Jags asserts that Swiss Re does not consider blockchain as an internal process improvement tool but rather as a mechanism to engage with the ecosystem where a critical mass of players can be achieved. Highlighting that over 60 cooperatives have been formed that are relevant to the insurance business, Jags stresses that there is a need for team spirit and the ecosystem way is the only way forward.

Jags was asked about blockchain solutions in other industries – such as TradeLens (IBM and Maersk) in the international trade industry and Food Trust (IBM and Walllmart) in the grocery value chain.

Jags responded by stating that such projects present a massive opportunity to open new risk pools for insurance companies. He highlights that the emergence of such digital ecosystems pioneered by trusted brands to solve real business problems makes it extremely important for companies such as Swiss Re to continue exploring blockchain.

Jags clarifies that informational asymmetry is not eliminated by blockchain.  He elaborates that permissioned blockchain protocols allow information sharing on a need-to-know basis i.e. such protocols provide privacy preserving transparency.

Are insurers playing a catch-up game in blockchain?

Jags answers this question from the perspective of Swiss Re – he highlights that the company has a strong position and a good understanding of the implications of emerging technology. Some technology projects are directly supervised by the CEO and there is a consensus that emerging technology will be an enabler for the business.

When asked about the risk that is posed by alternative capital pools entering the insurance industry due to digitalization, Jags asserts that this doesn’t pose a huge risk but does stress that the current market changes are transformative in nature.

Swiss Re, B3i and blockchain – the journey and the learnings

The first blockchain project at Swiss Re

Jags stated that the first blockchain project at Swiss Re was focused on intergroup retrocession – an internal business process.  This project helped validate the technology hypothesis of blockchain. Swiss Re was able to identify that counterparties could come together, set up a contract and validate contracts which would result in entries being recorded on the distributed ledger. Jags recalls this project was undertaken in the summer of 2016 in the south of France at a lab of one of their technology vendors – he was truly fascinated by the visibility that blockchain provided – it was this project that gave the cross disciplinary team exploring blockchain at Swiss Re the confidence that blockchain has a strong use case.

“More often than not blockchain need not be applied.”

As Jags points out, the team at Swiss Re has gained tremendous insight into blockchain – both from the business and technical perspective – their viewpoint has matured, and the focus is now on those projects that demonstrate a real need for blockchain to solve a business problem.

How do you convince the management to sponsor blockchain exploration?

“You have to get your hands dirty and see it for yourself.”

About two and a half years ago, Jags was the first full-time resource working on blockchain at Swiss Re. At that time, his prime focus was to display the benefits of blockchain – emphasizing that the technology can be applied to the business.

Jags gave some interesting advice on how to secure senior management buy-in:

Lastly, Jags highlights that nothing will be possible unless there are people on the ground who are prepared to experiment, possibly fail, learn and move forward.

Jags once again iterates his earlier point that blockchain is an ecosystem solution – therefore, it is important to build a consortium, and this is where B3i comes in.

Jags admits that work on the development of a framework for exploration of blockchain has only begun this year. Swiss Re has conducted an exercise to identify which digital ecosystems should be partnered with and which projects are worth exploring with blockchain. A by-product of this exercise is the development of a use-case assessment framework that identifies key criteria to decided whether blockchain should be implemented or not.

Although such a decision tree is in place, Jags states that Swiss Re will share the same at an “appropriate time.” The justification provided by him is that this framework has been created based on the experience of the DLT team at Swiss Re but would like to see how input from business teams will modify the framework.

“My first tip would be don’t initiate any blockchain project. Initiate projects which can solve a business problem that is important to your company.”

There will be resistance to change because blockchain requires engagement of cross-functional stakeholders – resistance will come from people who have been in the business for a long period of time – change must be delivered step-by-step from the ground up all the way to the executive level.

“At Swiss Re we strongly believe that our goal is to make this world more resilient.”

Jags highlights that blockchain isn’t just confined to the insurance industry. He takes the example of ‘Helperbit’ which is an Italian start-up using blockchain to offer a digital disaster management platform – it allows people to donate to others in areas affected by natural disasters. It offers security – donators are in full control of their funds and donations can be made via both fiat money and crypto currencies.

Jags has provided some excellent insight into blockchain in the insurance industry and Swiss Re’s learnings about blockchain. You can discover more about his insights in a recent post on the ICISA Insider. 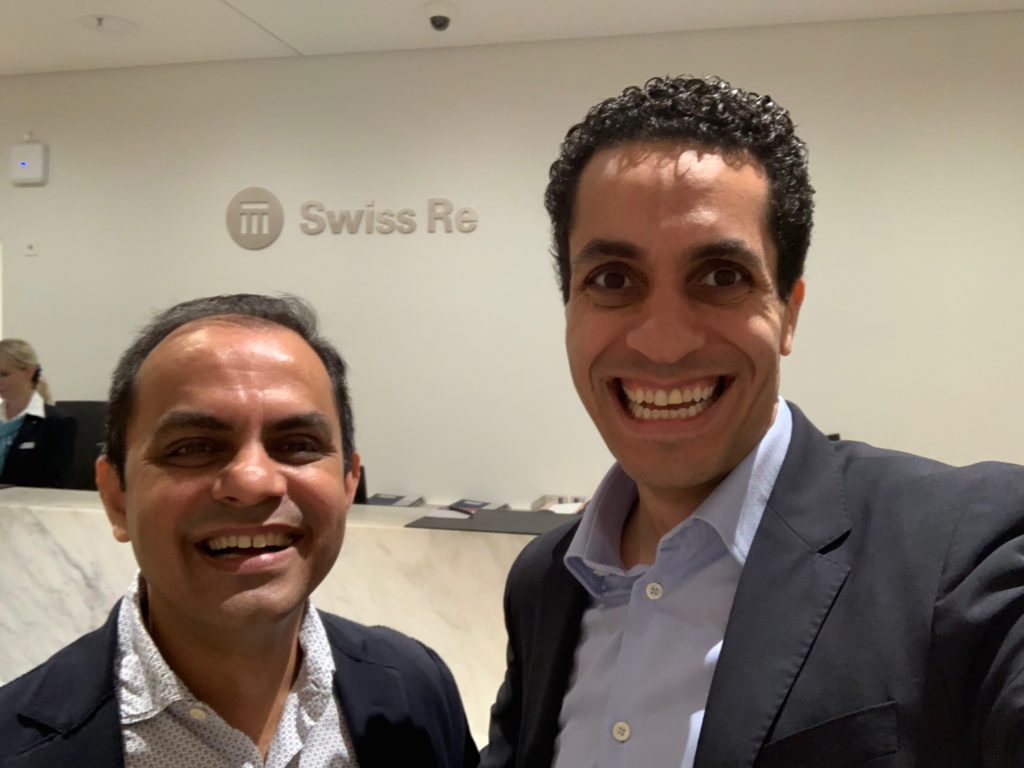