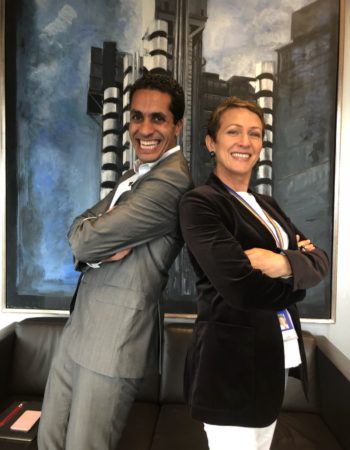 Ep.27 – Lloyd’s and Blockchain with Inga Beale – CEO of Lloyd’s 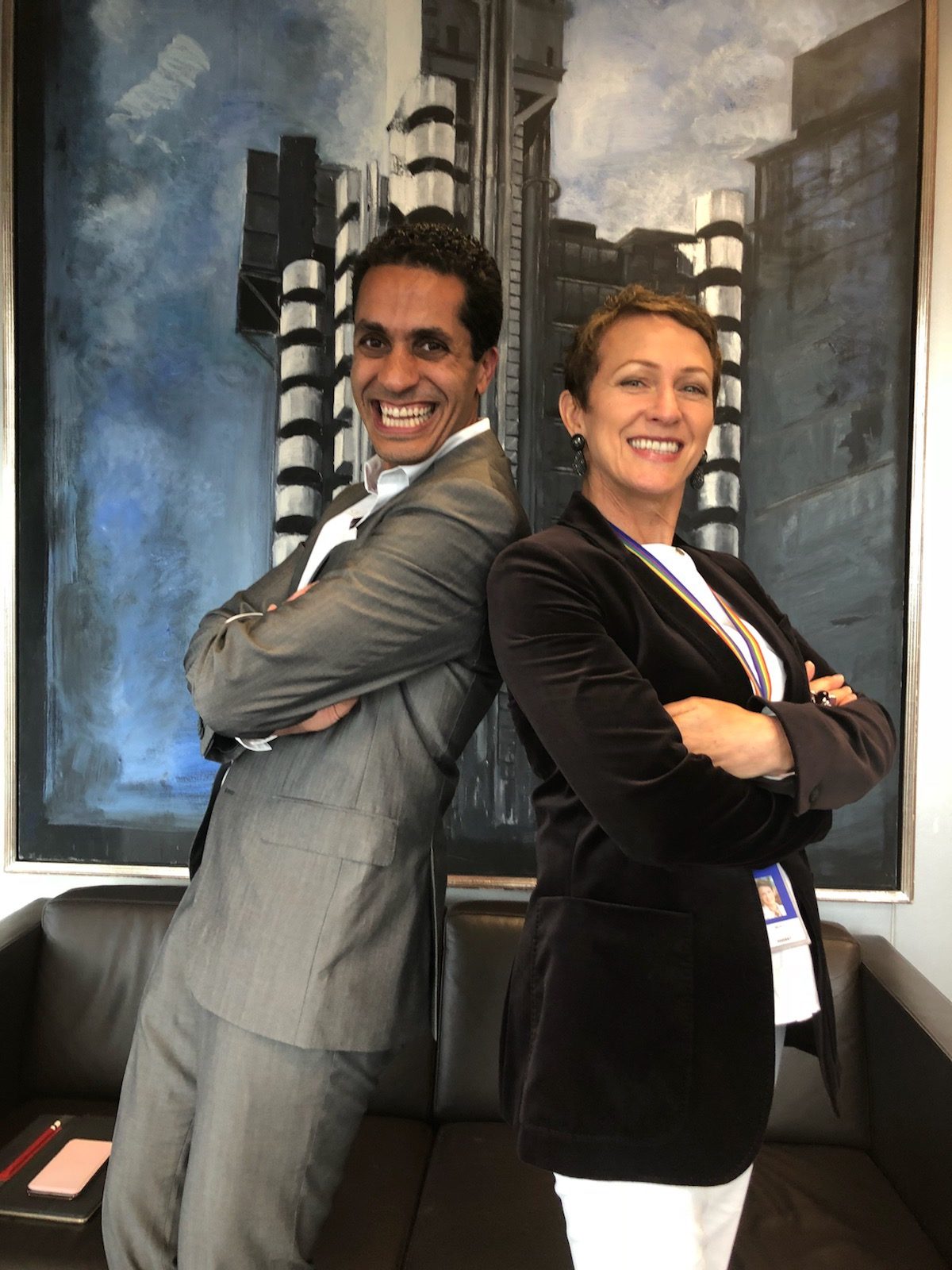 This week we bring you a very special episode, straight from the heart of London’s insurance industry. Our guest has provided leadership, inspiration, innovation and the embracing of all communities irrespective of gender, race or religious affiliation. We are proud to have with us Inga Beale, CEO of Lloyd’s of London. We will be discussing blockchain and the future of Lloyd’s. As Insureblocks is based on community, Inga will also be answering the questions you submitted over the past weeks.

A blockchain is a shared, immutable record of transactions. Blockchain’s traceability and cryptographic verification make it an exciting prospect for the insurance industry.

Transactions can become particularly complex and involve numerous parties. A claim, for example, usually involves the claimant, the policyholder and the customer. However, it can also involve a third-party loss adjuster, a lawyer, an underwriter, a company claims adjuster, brokers and so on. The beauty of blockchain is that it creates a single, shared, transparent record that every party in the transaction can rely on.

Lloyd’s is an insurance market comprised of over 80 insurance syndicates. Lloyd’s is unique as these syndicates are competitors but also collaborate in sharing the bigger risks. In its 330 year history Lloyd’s has always been there to ensure risk never came in the way of human ingenuity and support human progress through the good and the bad, whether that was launching a satellite into space or the Titanic’s fateful voyage.

Lloyd’s in the changing landscape

The insurance industry has found itself at a point of unprecedented change. On the technology front blockchain, IoT, AI and robotics are ready to drastically update the industry. Incumbents also face a huge number of new entrants including insuretechs and their innovative, customer-centric propositions, Amazon and possibly even Chinese firms like Zhong An and Ping An. As Inga mentioned at the Dubai World Insurance Congress, the insurance sector risks “sleepwalking” in this new world if it remains complacent.

Inga has therefore taken active steps to ensure Lloyd’s remains a leader through this changing environment. While Lloyd’s has been known to be very traditional in some ways, such as being very paper-based, Inga informs us Lloyd’s has turned a corner and is on its way to being a leader in the new world. Unlike startups, whether insuretechs or fintechs, which usually focus on a single solution, Lloyd’s is focusing on the whole industry. It is working together with new entrants to make sure it is getting the best of these new ideas and piece them together to complete the bigger picture.

Inga Beale and Shirine Khoury-Haq, Lloyd’s COO, have shown a keen interest in blockchain since 2015. This resulted to the London Market Target Operating Model (TOM) initiative launching in 2016, which now runs a major consultation to see how blockchain can improve the industry. Here is a copy of their whitepaper.

However, bringing change in an organisation as large and unique as Lloyd’s can be challenging. Change disrupts people’s lives, who can often feel threatened by it and worry about how it will affect their jobs. It is not easy, therefore, to convince all 34,000 people engaged in Lloyd’s that change is a good thing. Inga tells us the secret lies in getting other people excited and open to seeing the benefits blockchain and other innovative technologies can bring.

Blockchain investment in the insurance industry

Inga informs us embracing change when the industry is doing well can be more difficult due to a fear of the unknown. She recalls how in the ‘90s people were resisting outsourcing the processing of catastrophic modelling to India. The industry’s appetite for change has not changed much since. Even the reinsurance industry, whose finite group of participants make it well suited to testing blockchain, has been hesitant in its adoption.

Inga believes the best way to combat the complacency is to focus on improving the customer experience. Lloyd’s TOM is now focusing on claims and how to make claim payments in a quicker, easier and more transparent way.

Improving the customer experience is a common theme with our previous episodes, such as our episode with AXA’s Laurent Benichou. However, the definition of who the customer is can vary. It can include the broker, the underwriter or the policyholder. For Inga, the defining feature of a customer is having the willingness to buy a service and the money to do so, ruling out intermediaries.

In an effort to promote innovation in the insurance industry, Lloyd’s has launched a major initiative called PPL. PPL is an electronic platform that aims to replace paper with fully auditable electronic records, providing features such as real-time confirmation of cover.

While PPL has not been implemented using blockchain, Inga informs us Lloyd’s is open to utilising new technologies to improve PPL. Blockchain’s shared ledger can fit perfectly in an environment where many underwriters share the same risk. It is therefore particularly well suited to tracking the placement of risk in Lloyd’s, a subscription market involving numerous stakeholders. 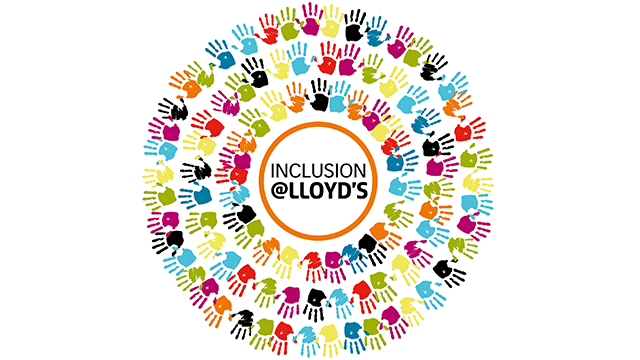 We at Insureblocks strongly believe in promoting diversity and inclusion, with one of our previous episodes exploring the issue of diversity in blockchain. Inga is a champion of diversity and Lloyd’s has made great progress under her leadership thanks to the [email protected]’s initiative.

While the business case of having a diverse team is well established in terms of innovation and penetrating new markets, [email protected]’s has higher aspirations. Its aim is to create an inclusive workplace where everyone is embraced and respected regardless of their background.

Lloyd’s Dive In festival, part of [email protected]’s, is a celebration of diversity and inclusion. This is the festival’s fourth year and this year’s theme is about taking action. This can take many forms:

Here at Insureblocks we believe blockchain is all about community. This is why we gave you the chance to join us in this episode by asking Inga your questions.

1. “What has your experience as CEO of Lloyd’s taught you about transforming an industry and how will this guide you in the future?” Tom Davies, Marsh

Transforming Lloyd’s is particularly challenging because Lloyd’s is a market with a large number of independent stakeholders. However, Inga notes there are two particular qualities that help transform an industry:

2. “The US and European carriers seem to be coming to terms with the commercial need for financial and crypto insurance products. Are Lloyd’s ready to support this growth market? Can we expect to see increased levels of enthusiasm towards Lloyd’s insurers considering this space?” Georgia Gough, Paragon Brokers

When cryptocurrency was newer, Inga admits Lloyd’s was having reservations about how reputable, safe and useful it was going to be. Now, however, Lloyd’s has become more open to providing crypto insurance products. The global leaders of banking and finance have been experimenting with cryptocurrency and Lloyd’s is ready to follow the market and play a bigger part in the crypto insurance space.

3. “According to Insurance Business UK, PPL is now used on 16% of policies written ever since February. A significant surge in the last couple years since the platform has been introduced. What do you feel is the reason for the sudden surge and do you feel there is room for PPL in a possible future blockchain world?” Natalia Zurowsky, PremFina

PPL was launched in phases, focusing on a single area at a time. It started with terrorism because it involves a smaller community of brokers and underwriters. Gradually, it launched new products every few months and now PPL covers nearly all the policies underwriters cover in Lloyd’s and the broader London market. This is why it was not possible to get a high level of adoption to begin with.

As far as blockchain is concerned, the support is definitely there. Inga informs us PPL is a live platform Lloyd’s will keep modernising, so perhaps blockchain will become part of PPL in the coming years.

4. “Given that human is centric to the Lloyd’s value proposition. Do you feel PPL is taking away from what differentiates Lloyd’s from other providers of risk capital and do you see a future where Lloyd’s becomes a fully electronic platform?” Rahul Mathur, Willis Tower Watson

Lloyd’s is focused on becoming digital and will soon provide a host of products that can be traded, placed and accepted electronically. However, the essence of Lloyd’s will always be its people and the relationships of trust they form. Lloyd’s brokers and underwriters have always been there to listen and help people with their innovative endeavours. These conversations will continue to happen face to face. In this sense, the physical aspect will remain.

Inga draws an example from the Netherlands. When an insurance market decided to go fully digital, they decided to close the market and send everybody to their offices. However, in the following years the need for a physical space and meeting people in person became apparent. In the end they reopened the market but in a different format.

Lloyd’s is also keen on modernising and the underwriting room will definitely look different in five years. However, people will still be its defining element. The relationships, discussions and negotiations are at the heart of Lloyd’s success and the cluster effect all around Lloyd’s in the City of London is part of what makes it unique.

5. “As a champion for diversity and inclusion efforts in the risk and insurance industry. With you stepping down at Lloyd’s what work can we carry forward to keep your legacy alive?” Dante Disparte, Risk Cooperative

Diversity and inclusion are here to stay. Thousands of people from the insurance industry have come together to fight for diversity and Lloyd’s Dive In festival has engaged people across the entire insurance sector including life assurers, brokers, consulting firms, lawyers and more. Thanks to all these people Dive In has gained a lot of momentum, with a presence in 27 countries and over 50 cities, including a gender-focused event in Saudi Arabia.

Inga tells us this all became possible because the industry is full of wonderful people who are willing to fight for change. Embracing diversity is necessary for insurance to become a more modern, dynamic environment that people want to join regardless of their background. We know that here at Insureblocks, all of us will do our best to keep Inga’s legacy alive.

This has been a truly special episode for us. We got to discuss the future of the insurance industry and Lloyd’s of London, focusing not only on innovation but also on diversity and inclusion. We hope you enjoyed this episode as much as we did.

If you liked this episode please do review it on iTunes – your reviews make a huge difference. If you have any comments or suggestions on how we could improve, please don’t hesitate to add a comment below. We are sad to hear Inga will soon be leaving Lloyd’s but wish her best of luck with her next endeavour.