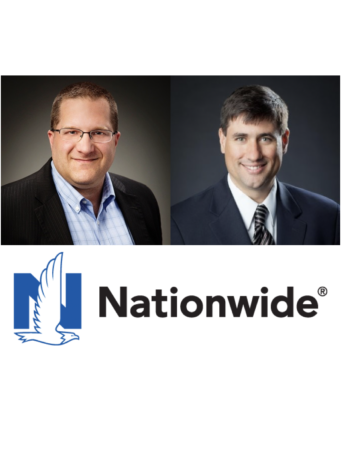 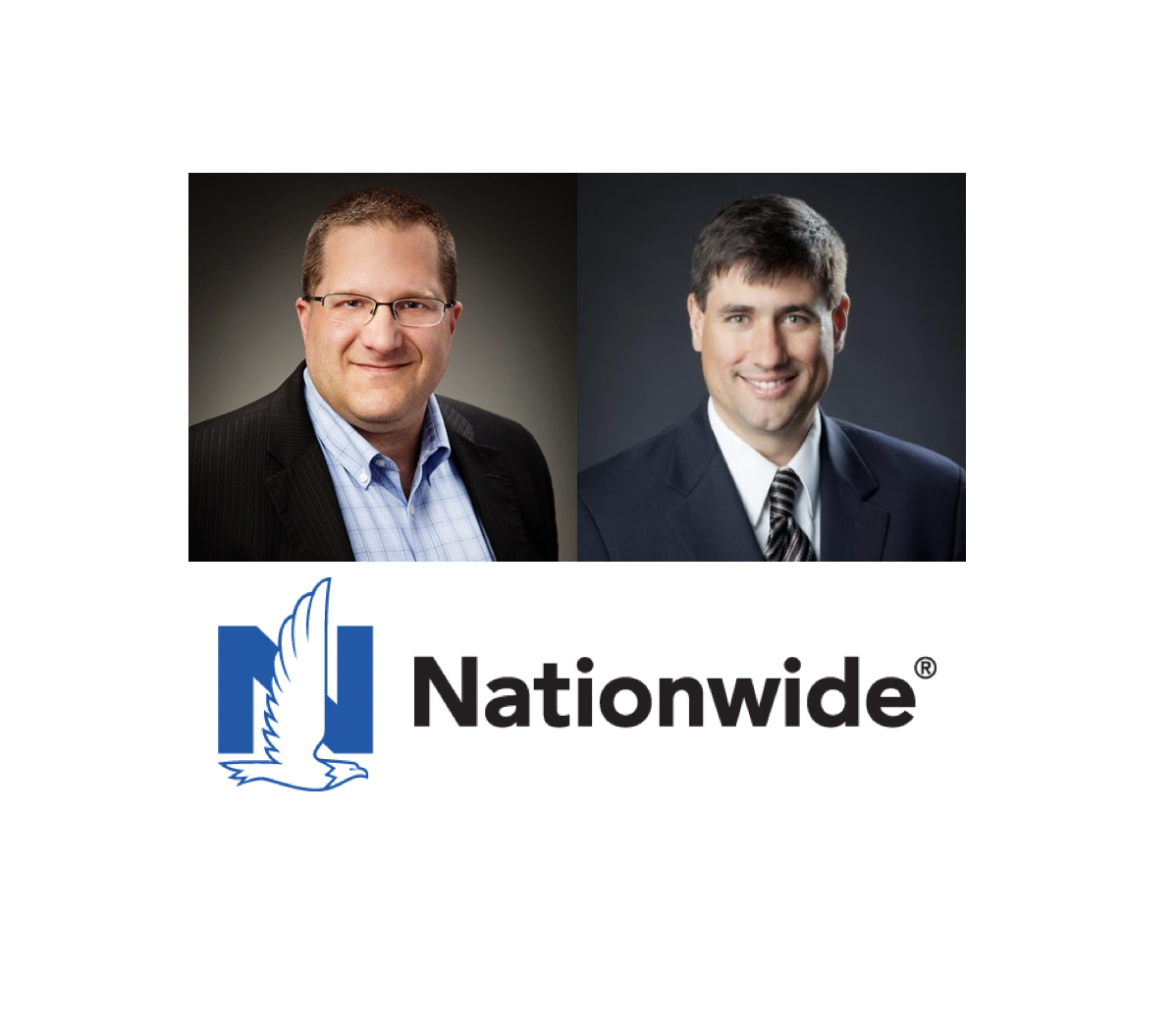 This week’s episode is slightly different from the norm – it was recorded off the fly and in the moment as a fireside style discussion. Walid had the opportunity to speak to Timothy Dwyer and Michael Fulton from Nationwide. During this podcast, we get an overview of Nationwide,  discussed their perspective and lessons learnt on blockchain and its recent Proof of Insurance POC.

First a little about our guests:

Michael Futon, Associate VP Technology Innovation, makes his debut appearance. Michael is the representative for Nationwide at the RiskBlock Alliance.

Michael answers this question from an innovator’s perspective –

Blockchain allows participants to do things differently – its key properties are its decentralised nature and immutability.

How important is immutability?

Michael points out that it is difficult to find perfect use cases for blockchain. Walid posed an interesting question – wouldn’t tamper evidence in a system/solution be enough? Michael and Tim both agreed that in many use cases, it would be more practical to have a system that permits (but records) changes as mistakes are bound to happen!

Although many use cases do not warrant the need for immutability, some specific cases such as asset transfer do require immutability (to prevent fraud and other forms of charge-back scams.) In some cases, reversibility may in fact be a desirable property – as referenced to during the discussion, in 2016, we saw the hack of the (first) DAO (‘DAO’ is an acronym for a ‘Decentralised Autonomous Organization’, recall that recently Hugh Karp from Nexus Mutual made an appearance on Insureblocks with a guest post– the Nexus Mutual is an example of a DAO.)

Following the subsequent collapse of the DAO due to this hack, there was a hard fork on the Ethereum network – this split the network into ETH (Ethereum) and ETC (Ethereum Classic) – the hard fork represented a split in consensus – some parties wanted the DAO attack victims to be returned their money, but others did not. The DAO attack is an excellent example of the case where parties agree to “reverse” transactions on an otherwise immutable network.

As our speakers point out, immutability and irreversibility need not be mutually exclusive – take the example of storing your books of accounts on the blockchain. The standard practice in the accounting profession is to never delete an incorrect transaction but to make a rectifying entry – the same idea may be applied to a blockchain – errors made may be corrected in subsequent blocks with a reference to the block containing incorrect/inaccurate information.

An introduction to Nationwide 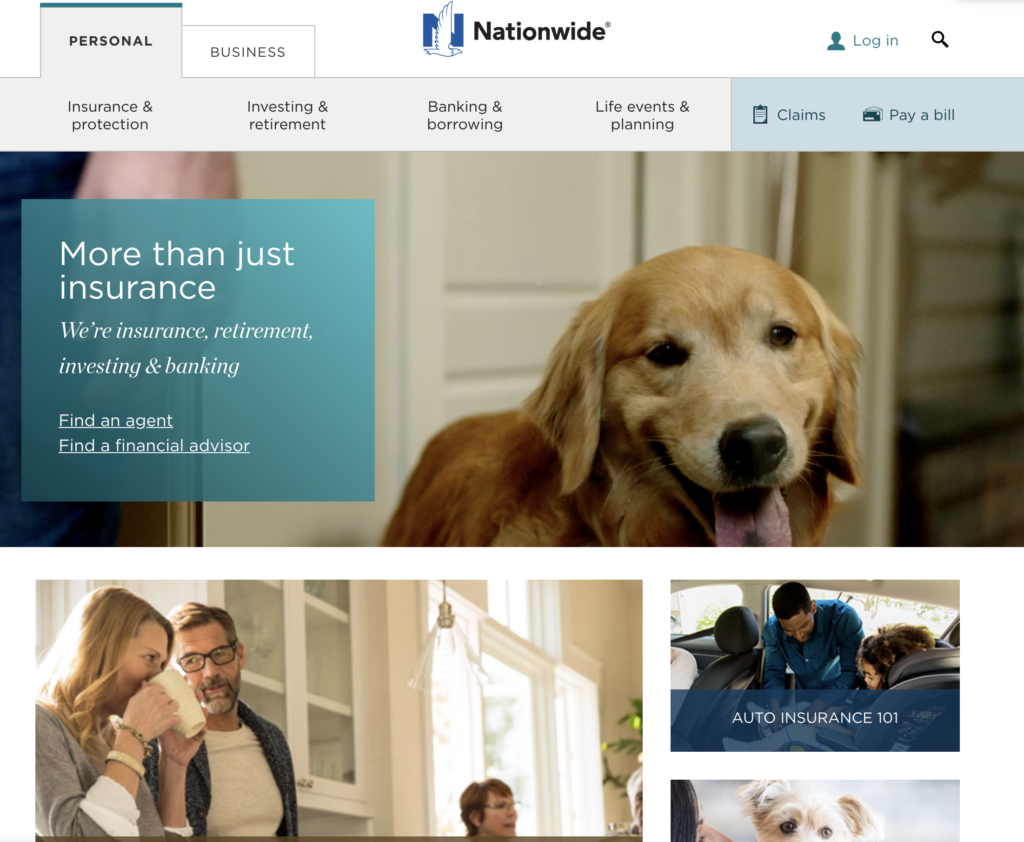 Nationwide is a leading P&C and Life insurance company based out of the USA, it prides itself on writing a highly diversified line of business.

Timothy points out that the interest in blockchain stemmed from the lunch-time discussions surrounding cryptocurrencies in 2015. These discussions matured and lead to the formation of a monthly blockchain forum (which still runs today.)

Michael and Timothy insist that Nationwide is still in the exploration/educational part of their journey with blockchain and they are actively observing how networks are developing.

The CEO of Hedera – the company behind the much-hyped hash-graph technology has delivered talks at Nationwide – the company is demonstrating willingness to explore DLT solutions beyond blockchain.

Nationwide has observed that hash-graphs are able to handle a larger volume of transaction flow than blockchain currently and a potential POC using hash-graphs is in the pipeline! It is important to note that it is still early days for Distributed Ledger Technology. Hash-graph may perform better than Corda currently, but there is no guarantee this will be the case even in the short term.

Our guests point out that it is extremely important for an organization to balance technology and product innovation. Furthermore, the management must be able to prioritize areas of the business that are lagging behind competition or falling short of market expectations.

Proof of Insurance POC with the RiskBlock Alliance

The Proof of Insurance POCis Nationwide’s first blockchain project – as pointed out earlier, since the firm is in the educational phase of its journey with blockchain, the focus on this project was to validate the hypothesis that blockchain has the potential to revolutionize the way business is conducted currently.

Nationwide already has a proof of insurance solution available to existing customers on their mobile phone – the focus of this project was not on the value add to customers but was to gain experience in working with the RiskBlock Alliance. The next step will be to use blockchain in a case which offers greater value add for both the customer and Nationwide.

Discussion about blockchain projects outside of Nationwide

Fizzy is a parametric flight delay insurance product offered by AXA powered by the Ethereum blockchain network. Policies may be purchased online via the Fizzy website and claims payout is automatically triggered if a flight is delayed by two hours or more.

In episode 22, Laurent Benichou, spoke about Fizzy at length and sent across an extremely powerful message that it is no longer AXA who decides whether the customer will be compensated rather it is the code which makes these decisions. At the recent FinTech Connect 2018 event in London, Alexandre Clement, Product Owner – Fizzy at AXA, presented some latest updates on Fizzy.

The discussion brought up some interest points such as the notion that AXA may be able to charge a premium (over regular flight delay insurance prices) to customers due to the guaranteed payout in case of a delay (an element of trust induced by blockchain.) Furthermore, blockchain will reduce policy administration and claims handling costs which may allow insurers to offer previously financially unviable products (such as micro-insurance, which is presently being piloted by Aon, Etherisc and Oxfam in Sri Lanka!)

There are several insurance related projects being built on the R3 Corda platform. The most well-known include the B3i products (property CAT XoL and commercial insurance), Insurwave (commercial marine insurance product led by EY) and the Canopy 2.0 platform offered by the RiskBlock Alliance.

The engineers are R3 have been hard at work to develop “Business Networks” with the goal of allowing Corda DApps to interact with each other within a “compatibility zone” – this prospect of cross-project interoperability may unlock huge value. An example would be the embedding the B3i offering with that of Marco Polo (a trade finance initiative built on Corda.)

The transformational impact of blockchain

Blockchain is bringing to insurance the same transformation that standardization of containers brought to the marine shipping industry in the 1950s – blockchain may be thought of as the catalyst driving various market participants to work together and develop ecosystem solutions.

In the insurance industry, the adoption of the ACORD data standards is being championed by both B3i and the RiskBlock Alliance – having a common data standards across platforms and across the industry will pave the way for interoperability between different blockchain projects.

Michael and Tim have shared some great insights with us on their learnings on blockchain.