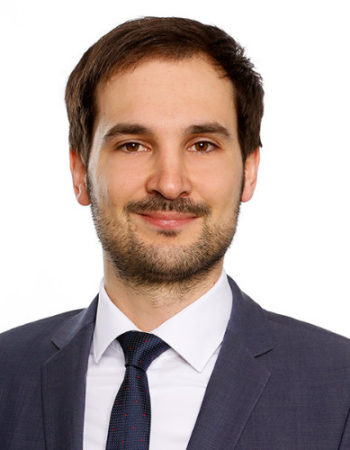 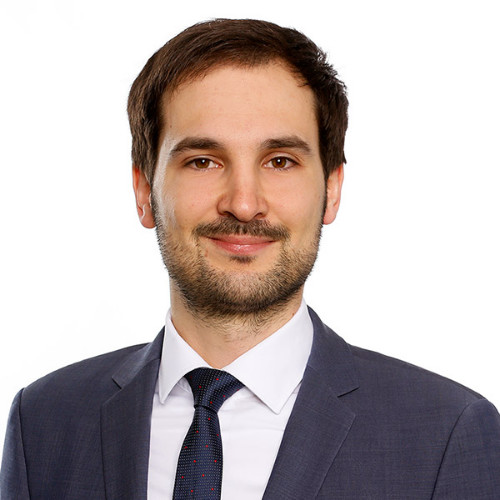 Last week we had the pleasure of talking to Dr. Markus Kaulartz, lawyer at CMS Germany, discuss with us the very hot topic of Blockchain & GDPR. We will try to answer the question of how does GDPR, drafted in a world in which centralised and identifiable actors control personal data, sit within a decentralised world like blockchain? Markus is the co-author of “The tension between GDPR and the rise of blockchain technologies“.

Markus works in the IT law department of CMS Germany with a focus on innovative topics such as blockchain, AI, cyber security and all the data protection issues. Previously to becoming a lawyer, Markus used to work as a software developer.

From a pure legal point of view there are two aspects:

General Data Protection Regulation (GDPR) is a regulation in EU law on data protection and privacy for all individuals within the European Union and the European Economic Area. It was enacted in May 2016 but only applied from May 2018. It replaced the former EU Data Protection Directive with a big difference that it applied directly to the member states of the EU without the need for it to be transformed into national laws. The other big difference of GDPR with the former EU Data Protection Directive is the amount of the fines. Under GDPR the fines are up to 4% of the global turnover of a company.

What is key is that GDPR also applies to companies outside of the EU that works with the EU. For example if you’re an Indian or American company who offers services to EU citizen you will have to comply with GDPR regulation.

GDPR only applies where personal data is being processed. Personal data is defined as any information relating, directly or indirectly, to a natural living person, whether the data identifies the person or makes him or her identifiable.

The key implication is that a person, not a company, can be identified or identifiable. Being identifiable means you don’t necessarily need to have their name, or address of the person, it suffices to have their unique ID and even their IP address. In a blockchain world the public key is considered as personal data as it is related to an identifiable person. Having any of these identifiable data points means that GDRP applies.

If GDPR applies an assessment needs to be carried out to identify which obligations are applicable:

A consent needs to be very specific. Getting an informed consent in a public blockchain such as bitcoin is very difficult, if not impossible, as it’s very hard to say on which node the data is stored in which country.

A private blockchain is easier to implement GDPR, than a public blockchain, as you can control the data flows.

CNIL, the French Data Protection Authority, stated that although the public key, in a public blockchain such as bitcoin, is considered personal data, GDPR doesn’t apply because people use it in a purely private context. This is known as the household exemption.

In a GDPR context we distinguish between a Data Controller and a Data Processor.

In a Bitcoin world the nodes essentially are processors that store the data. However as users of the Bitcoin blockchain we should have data processing agreements with the nodes which is challenging as most nodes are unanimous. Another potential legal framework is to look at the nodes as data controllers which also has the challenge of what happens when the data is transferred outside of the EU.

Markus believes that these legal challenges can lead to the creation of a future EU public blockchain.

Markus highlights a set of solutions for blockchain builders on how to deal with GDPR:

Some companies have business models that require them to store personal data on-chain. As blockchains are meant to be immutable (ie. the data cannot be deleted), this can provide a challenge with GDPR’s “right to be forgotten” clause. To overcome this challenge Markus recommends that personal data should be stored in an encrypted way. If the customer wishes to have their data removed under the “right to be forgotten” clause, then deleting the decryption key related to that personal data will make it inaccessible. CNIL, the French Data Protection Authority, supports this solution as a means to becoming GDPR compliant.

An alternative solution that Markus usually recommends is to store the personal data off-chain and linking that data to a blockchain via a lookup table.

In his document, “The tension between GDPR and the rise of blockchain technologies“, Markus provides a detailed example of how this could work in a GDPR compliant manner:

“Let’s say you have built a platform that allows people to rent out their cars to those in need of cars. In this case, the blockchain is used strictly as a payment channel and, after payment, a customer receives a unique car token with which to enter the car. For the platform to work, however, there has to be a link between the users’ identities and their public keys. The details of their identities and the links can be kept in an environment where they can be modified and deleted (off-chain). To be extra safe you may even want to oblige parties to create unique public keys using your platform for each relationship. If you destroy the link that has been used as an identifier, all that is left on that blockchain is a public key and its transaction history. The public key is just a string of characters that, in itself, may or may not amount to personal data. Following deletion of the link, whether the data qualifies as either personal or anonymous depends on what is left on that blockchain and the likelihood of link-ability. If all that is left is three simple transactions between two anonymous public keys, the ability to link that to an identifiable natural person may become practically impossible. Therefore, the data that was once considered personal in the GDPR sense, may have morphed into anonymous data.”

DPIA is essentially a deep dive into a company’s data processing activities. If a company is required to perform a DPIA, it has to assess the entire process of how data is being handled at a very sophisticated level. A DPIA is usually required to be done if the data processing is likely to be a high risk for the rights and freedoms of a natural person. In the case of blockchain a DPIA is required because of the following reasons:

How can data protection principles be fulfilled in blockchain?

The most important point is to apply the principle of privacy by design. That means from the very first line of code that is written a company has to apply appropriate technical and organisational measures to being GDPR compliant. For example:

If privacy by design isn’t applied from the beginning then the company runs the risk of having to significantly update their software to being GDPR compliant.

Markus has provided us with some great insights on the challenges of GDPR and Blockchain. If you liked this episode, please do review it on iTunes – your reviews make a huge difference. If you have any comments or suggestions on how we could improve, please don’t hesitate to add a comment below. If you’d like to ask Markus a question, feel free to add a comment below and we’ll get him over to our site to answer your questions.