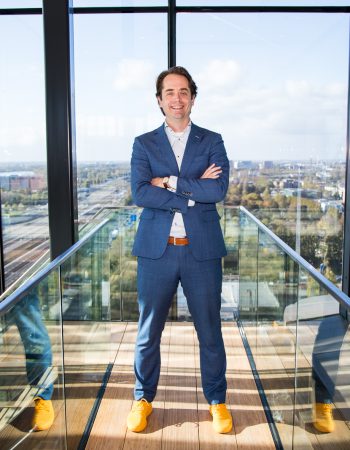 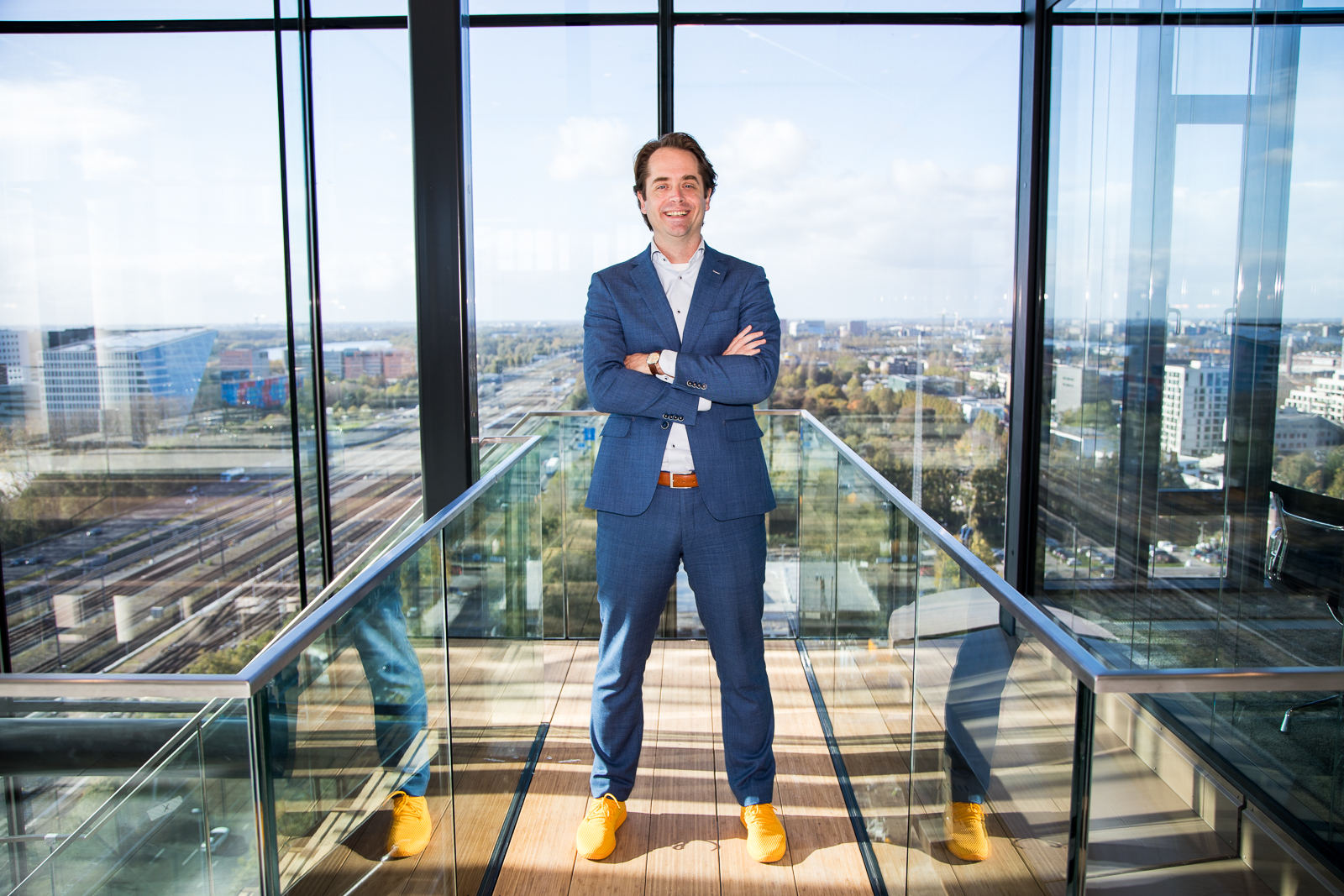 Since April last year, Olivier has been involved in a wide range of blockchain related projects which include being part of the ISO World Standards working group on smart contracts. In addition to his role as a start-up coach for blockchain-enabled start-ups within and outside the Netherlands, Olivier is part of the governance group for the Dutch Blockchain Coalition and is a guest lecturer at three universities in the Netherlands.

According to Olivier, blockchain is a decentralised database – a shared administration system where everyone who wishes to join may do so and participate (reading, writing and validating content.) There is no need for a trusted 3rdparty to monitor the database.

Publication of the “Legal Aspects of Blockchain”

Olivier has recently co-authored a book titled ‘Legal Aspects of Blockchain’ – this book was a product of a collaboration between the Dutch government and the UNOPS (United Nations Office for Project Services.)

Olivier was involved in a working group that published a report on the legality of smart contracts in December 2017. This report drew the attention of the UN and Olivier was subsequently approached with a proposition to co-author a book on smart contracts together with experts from institutions such as MAS (Monetary Authority of Singapore), MIT amongst others.

“The fourth Industrial Revolution is underway and organizations in the public domain on both national and international front are being confronted with numerous new technologies” – Minister for Foreign Trade and Development Cooperation, Netherlands.

Olivier explains that in the past few years, we have witnessed several technological developments that could potentially disrupt industries as we know them today. An industrial revolution is characterized by a change in the way things are organized and work is carried out.

For example, decentralisation (through blockchain and DLT) can allow us to design new ecosystems and processes – advances in blockchain combined with developments in big data analytics, artificial intelligence and IoT indicate that we may be on the brink of major changes.

Looking at blockchain from a regulatory angle

Olivier believes that prior to forming regulations on a new technology, it is extremely important for law-makers, politicians and lawyers to understand the technology and its implications. Using the example of GDPR and blockchain – he highlights that there is a lot of concern regarding GDPR compliance issues with blockchain. However, as he points out, there isn’t a single version of blockchain (public v/s private, permissioned v/s permission-less etc.)

Formulating regulations concerning blockchains is particularly challenging– though regulations tend to be as general as possible – it is extremely important for regulators to address different types of blockchain to promote enterprise adoption and increase confidence. Thus, Olivier feels regulations (today) cannot be general since there are very specific questions that need answering.

Olivier raises some questions (that are still being discussed) from a regulatory perspective such as who is accountable for blockchain, how is privacy guaranteed and where/how can traditional jurisdictions apply (if at all)?

How will legal jurisdictions apply?

During the discussion, Olivier points out that there is still a lack of consensus regarding which legal jurisdiction applies in cases where transactions take place between parties in different legal jurisdictions.

Olivier provides the example of Swarm City, a P2P lending platform built on the Ethereum network. He explains that P2P deals can take place between multiple parties in different countries and the infrastructure (Ethereum in this case) is hosted by multiple parties in different countries (recall nodes run the Ethereum network.) This presents a legal nightmare and a solution is yet to be proposed.

There is one case for which the answer seems clearer – private permissioned blockchain networks (for example – B3i.) According to Olivier, if something goes wrong, the owners of B3i (the incorporated entity and its representatives) could be held accountable – however, it is difficult to pinpoint the party/parties responsible for a public permissionless protocol (such as Ethereum.)

Decentralisation – beyond business and into dispute resolution

Olivier brings up an excellent point – the blockchain community has been working on various initiatives – an extremely popular model for blockchain projects is that of a DAO – decentralised autonomous organisation. A DAO can be thought of as a company built using code (smart contracts.)

A DAO is not managed by a (small) group of individuals (C-suite, employees etc) rather it is managed through a decentralised voting mechanism which entitles token-holders to be owners and managers of the DAO.

With the arrival of DAO’s, we may even see traditional dispute resolution process (through a court with a judge and jury) be replaced by a blockchain forum-based dispute resolution system where a simple/special majority of voters (token-holders, validators etc) decide on the outcome of disputes.

An illustrative example of this dispute resolution mechanism is provided in the white paper published by Nexus Mutual, a decentralised mutual built on the Ethereum network – Hugh Karp, CEO of Nexus Mutual, wrote a blog-post on our website recently.

As Olivier mentions, emergence of new governance structures for blockchain projects will pose an interesting challenge to lawmakers.

Blockchain may not provide a complete solution

Olivier states that in the foreseeable future it may be possible for smart contracts to automatically trigger a dispute resolution mechanism (in case of a disagreement between parties) which could be AI based. However, as he points out, there are ethical concerns – would we be willing to let a business rule-based and self-learning algorithm make decisions on our behalf?

Olivier was asked for his opinion regarding the idea that parties holding voting rights (token-holders, full node operators etc) could be held legally responsible for errors or faults.  Olivier responded by suggesting this idea has a problem – think of a case where software downloaded on a (hardware) device malfunctions – it would be incorrect to blame the hardware provider once the cause has been fully established. Similarly, in most protocols, voters are analogous to hardware providers and the applications which run on the protocol are analogous to software.

During our previous conversation with Olivier, he reminded us that ‘smart contracts’ are not equivalent to legal contracts – they are merely pieces of computer code. Since April, there has been a lot of work (upwards of 50 initiatives) in the blockchain space with regards to building legally binding smart contracts.

Smart contracts could be attached to an individual through Self-sovereign identities which allow an individual to identify themselves digitally and retain ownership of personal data (something that hasn’t been possible until the arrival of blockchain.) A popular project in this space is Sovrin– a public permissioned ledger being built to support self-sovereign identities. A key challenge here is to understand what really constitutes an identity – is it a name, a date of birth or biometric information or a combination of all the above?

A viable alternative (for the short to medium term) is the use of in-person (physical) verification of a wallet address – though this method would work well it goes against the principle of decentralisation since it would require some existing entity to carry out authentication.

The future of regulation concerning blockchain

“With any technology we overestimate the short-term effect and we underestimated long-term effect.”

Olivier points out that regulators are moving fast and there is a lot of collaboration within the industry to speed up formulation of regulations. According to him, many questions that have been raised don’t require new regulations to answer – he gives the example of ICO’s (Initial Coin Offerings) and STO’s (Security Token Offerings.) Several countries have indicated that they will treat (presently) these offerings as being equivalent to traditional security offerings.

Furthermore, as Olivier suggested earlier, regulation for permissioned blockchain will not be particularly challenging since such protocols represent the kind of systems law-makers have seen in the past. He sends across a ‘practicse over theory’ message and encourages companies and individuals to continue innovating and run into (regulatory) walls – this will allow regulators to take note of scenarios that may potentially be overlooked during discussions.

Olivier believes that the blockchain protocol of the future will be a hybrid between permissioned and permissionless – he believes regulatory aspects will be much easier to address on a protocol that is (to some extent) permissioned. Interoperability will be key in the next five years for blockchain.

Olivier shared some great insight into the progress that has been made with regards to regulations concerning blockchain and smart contracts.