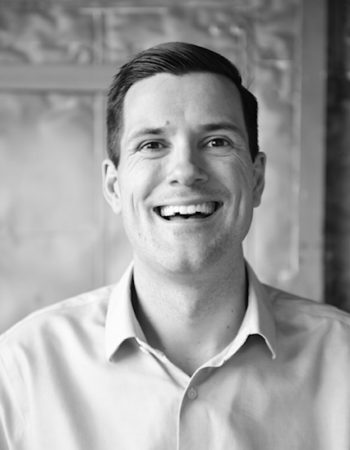 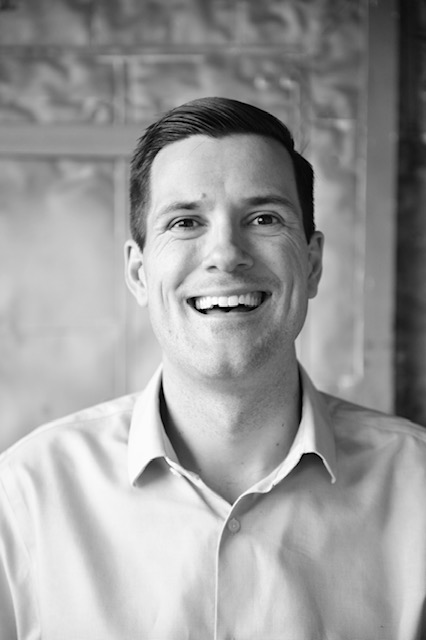 For this week’s podcast we continue into our theme at looking at new technologies that constitute the “New Stack”. Dessa is a company that specialises in offering artificial intelligence solutions to enterprises. We had the pleasure of having Paul Brikis, insurance lead at Dessa shares his thoughts on AI & Blockchain.

To define what is blockchain, or even just to conceptualist it, Paul played a little game with Walid.

Paul: Let’s pretend that we’re going to assign my phone a store value and possession determines ownership. Let’s imagine there are no other phones in the room and I’m holding the phone. If I ask you, Walid, who owns the phone, what would you say.

Walid: I would say you own it.

Paul: Exactly there’s none other ones in the room. You know it’s very easy to see that ownership is mine. So, let’s pretend I pass the phone over to you and let’s ask the same question who owns the phone.

Walid: Well technically I would say it’s still you as you just passed it over.

Paul:Sure, but it’s in your hands like you know you feel confident that you’re holding that phone. So, we can see that the transfer of physical goods is very easy to transfer ownership. But let’s play the same game, but this time let’s change the rules where I’m going to take a photo of my phone and say that photo is redeemable for the phone in the picture and now let’s assume that I email you that photo. Do you still believe you own that phone?

Walid:I may own the phone, but you may have sent the phone to somebody else.

Paul:Exactly, digitally things are easily reproducible. When we are transacting digitally it’s hard to create trust of ownership. This has been called by economists as the double spend problem. In that in physical goods there’s no way to know it’s been spent twice, but in a digital world that’s really hard. The way to combat this is to establish all forms of  intermediaries, so we trust that when we own these things that people say we own. You need a third party to validate that. Where blockchain is this revolutionary idea where suddenly we can transact with parties we don’t necessarily need to trust, but have confidence that we’re getting what the other party says we’re supposed to be getting.

Dessa’s mission is to help large enterprises scale AI. They strongly believe that AI is a transformative technology that companies are going to need a lot more of in the future. The company is made of two parts:

What is artificial intelligence (AI)?

For Paul, the reason why blockchain got on the map was thanks to Bitcoin. AI got onto the map thanks to a contest in 2012 called ImageNet. ImageNet is like the Olympics of computer science challenges. In this particular challenge, computers were tasked to classify five million images.

The team from the University of Toronto combined very powerful computers with a technique called deep learning and they won the competition. This event is seen as a sort of the advent of when AI became topical. All three of those team members were recruited by Google and that when they became an AI first company.

Dessa has recruited Alex Krizhevsky, who developed the technology from that team, called AlexNet.

AI is a broad umbrella that is composed of machine learning and deep learning.

Machine learning is technology that essentially is improving itself and it can be used for things like predictions based on a set of data. It works in a very linear manner.

What’s interesting about deep learning is that in comparison to machine learning, where we can see all the moving pieces and we know why it derives at a certain answer, in deep learning we don’t know why it’s coming out with outcomes. Deep learning ingests a massive amount of data, it figures out the weightings of which data is important and which one isn’t over hundreds of thousands of simulations to figure out the outcome.

Deep leaning is being used extensively amongst the high-tech companies such as Google, Facebook and Amazon. The most immediate touch point people would have with deep learning is with self-driving cars.

Google, Amazon and Facebook are companies that are very successful at adopting an AI first strategy. What makes them successful is a capability to ingest a large amount of data and create insights from that data and replicate these models at scale. What this means is that everything they’re doing is getting better and far greater than humans can do.

AI first strategy means setting up the capability to produce more and more of those models at scale. For non-tech companies who want to adopt an AI first strategy they are going to need to become builders of models. They possess an equally large amounts of data assets and they need to start thinking about how to unlock those data assets and one way they can do that is to start building models internally to generate those insights.

How do non-digital companies adopt an AI first strategy?

Paul mentioned a large investment company that Dessa works with that still get a bunch of submission documents for new policy account or investment by fax machine. These fax documents were reviewed by people on a regular basis. What Dessa did is that they were able to create a very powerful tool that would review the fax documents and make sure they were accurate.

Enterprises own a tremendous amount of data and what they have to determine is which data is valuable and then how can they best leverage it to get some lift by deploying models.

As in blockchain, what are the common misconceptions in AI?

Both technologies are revolutionary over evolutionary and both can transform industries in the years to come. When it comes to blockchain, most people won’t know whether a service is powered by blockchain or not, because it is an infrastructure technology.

With AI however people will see an impact almost immediately. When using YouTube or even product recommendations from an insurance company, there is a deep learning algorithm which is suggesting which other videos or insurance products that are relevant to you. AI also has the capability to “super charge” employees effectiveness. An outbound call centre were able to take the efficient effectiveness of outbound calls from throwing a dart to a dartboard to about a 90% effectiveness rate with the use of AI.

With regards to jobs these new technologies have an interesting impact. Blockchain has the capacity to significantly reduce back end admin related jobs that are both very tedious and very repetitive. Jobs that humans usually don’t get a high degree of job satisfaction and aren’t quite necessarily good at that task.

AI is very interesting because it can outperform humans on a variety of tasks. Where it won’t compete is on things like empathy, understanding, relationship building or even humour for that matter, as these things are very hard for computers to do.

Dessa has done a lot of transformative work with credit cards generating aggregates of hundreds of millions of dollars of benefits. However for Paul, the coolest thing that resonates with people is the work that Dessa has done in space! 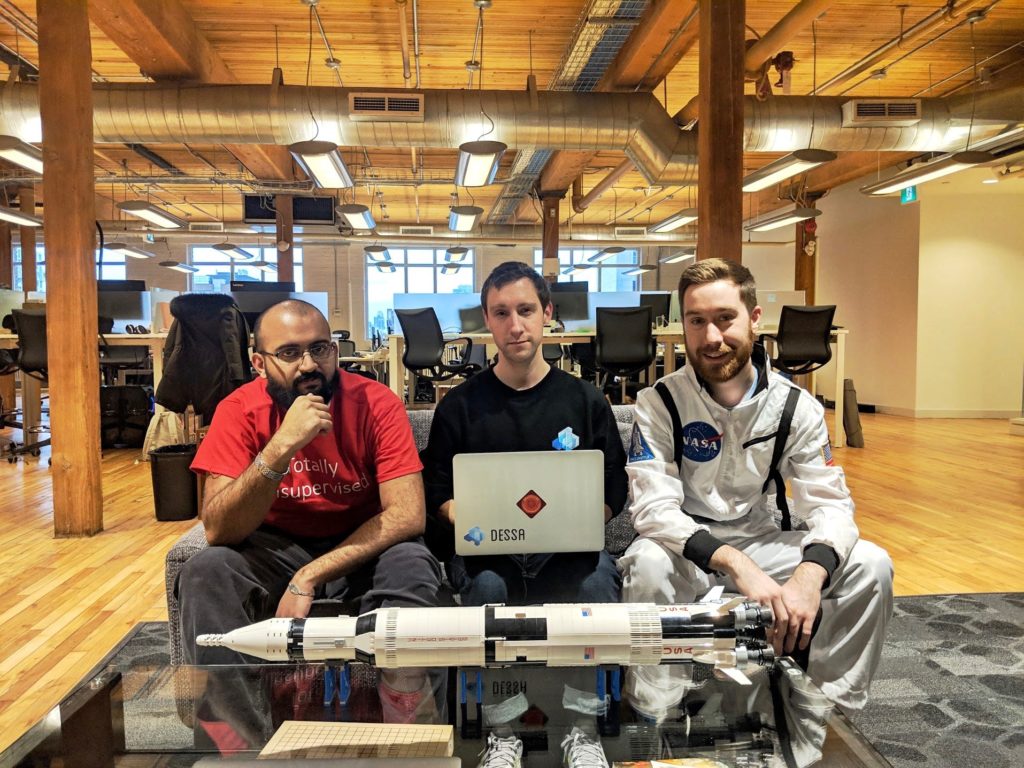 Dessa’s team has recently broken a world record for supernova detection. The team at Dessa thought of how they could apply their techniques to something they thought is very meaningful and could have a really big impact. After conversations with the astronomy communities the realised that their telescopes capture about 30 terabytes of data an eveing and the next day astronomers review hundreds and thousands of photos.

There was a 400 million photo data set of supernovas, and supernovas are important because they’re dying stars that make up 60% of the energy in the universe. The more we understand them the more we can evolve our understanding of space. However, the problem was that there is too much data and it’s like searching for a needle in the universe haystack. The Dessa team were able to create a model which essentially predicts what’s a supernova and what isn’t, and this cut the time it takes astronomers to review these photos but almost half.

Dessa is now in conversations with NASA about putting this technology on a 2021 launch into space!

AI in the insurance industry

Munich Re identified email as consuming a lot of labour hours. They were getting about hundreds of thousands of emails a year and they applied AI technology by creating a triage system for incoming emails. The system would make predictions to whom the email should go to. They claim that the system has delivered tangible benefits for them.

Another good example is how come companies are experimenting with IoT and AI to help predict who is driving a car based on driving behaviour.

Where and how will AI and blockchain converge?

For Paul, blockchain is very good at transactions and at structuring data. Which are two very important components to AI. However, in his opinion they’ll address different parts of the insurance value chain. Blockchain will have a tremendous impact on risk capital and that’s the idea of how does risk origination to a broker to a carrier to a reinsurance broker to a reinsure to a retrocession broker to the ILS markets, how does that get bundled a little bit more.

Where AI will be very good at is in predicting what the cost of that risk is and then administering that risk. The closest analogy Paul would make or prediction would be our ability to predict hurricane severity against a portfolio of houses. Thsi was really revolutionary to unlock the insurance link securities market and that when we could say this class of hurricane hitting Miami, we know it’ll cost X number of billions of dollars and instead of doing ground-up claims payments from the reinsurer to the carrier, we can now say if this event hits here’s a very large check, you’re on your own to deal with the claims.

Paul thinks the analogy would be can we create predictions at a more microscale in personal lines, in commercial lines, in casualty or is there a way we can tie that risk capital closer to that underlying risk and, so he thinks those are two overlapping ideas that will require both blockchain and AI.