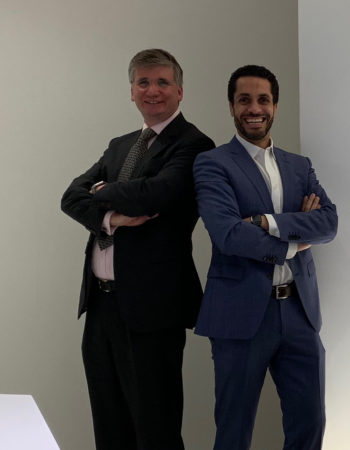 Ep. 61 – Insurwave, one year on since launch 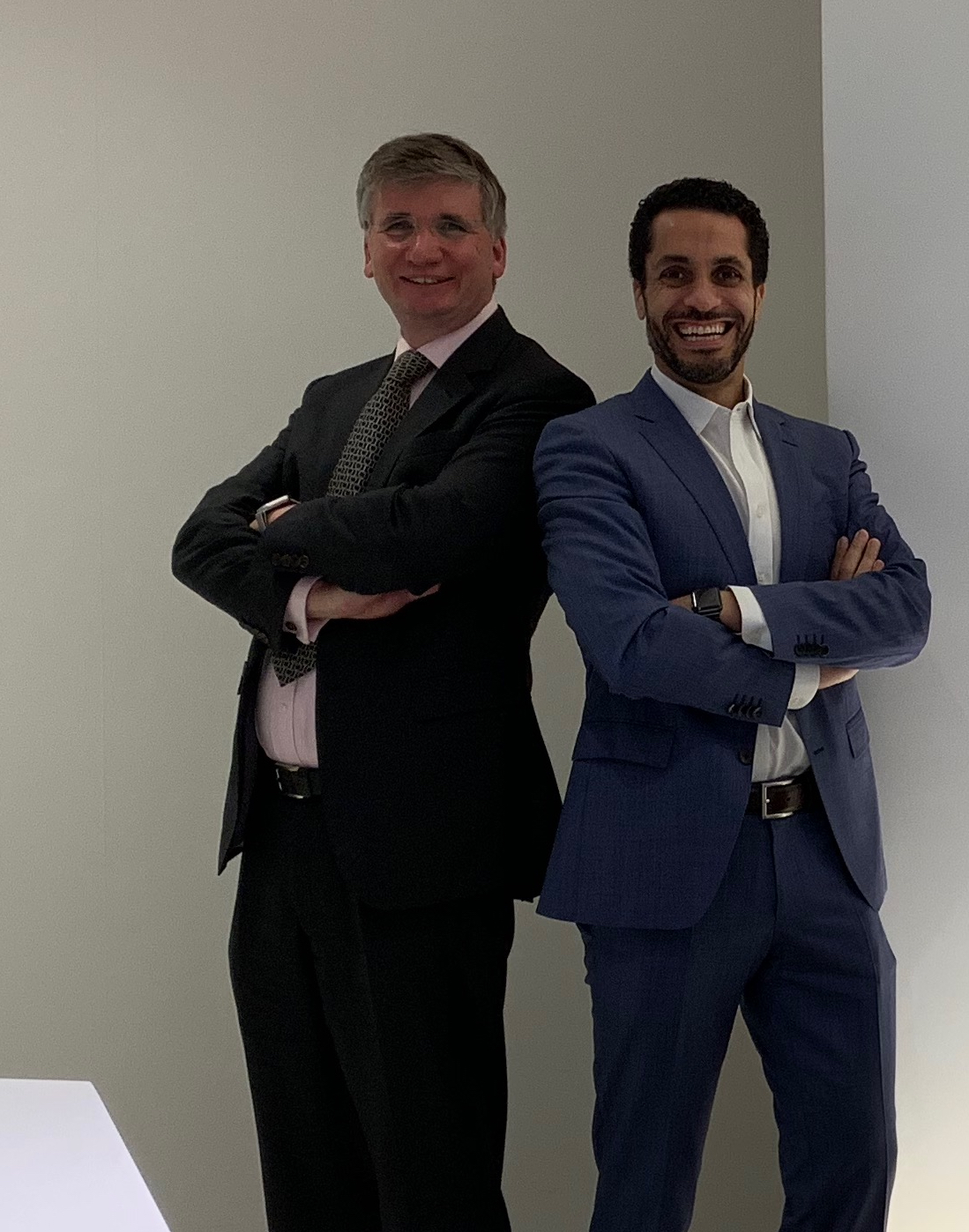 Shaun Crawford is the Global Vice Chair of Industry at EY and the chairman of Insurwave. It has been nearly a year since Insurwave has launched and since then it has won 8 industry awards. In this episode we discuss some of their exciting learnings from last year’s Insureblock’s podcast and their plans for the future.

In last year’s episode, Shaun gave us a technical definition of blockchain, this time he defines blockchain in a business optic. In the next few years we are going to see a 10x growth in volume of data produced due to 5G and IoT (internet of things) devices. To help manage all of this data from various sources, blockchain is the best technology to accomplish that. Blockchain can:

On the 25thof March, Shaun wrote a blog entitled, “Is 5G the missing piece in the corporate jigsaw” in which he discusses the enormous opportunity that 5G will bring in unlocking the potential for IoT

Insurwave is effectively a pipe, that takes data from a shipping company, accessing that ton of data, finding relevance of that data, feeding it through to a broker, which then feeds into a reinsurer and a retro insurer in marine insurance. Basically, it brings capital closer to risk.

Insurers today are miles aware from where the actual risk is taken. Insurwave provides the relevant data to enable the insurer, the broker, and the reinsurer to come up with a better and effective product. This ultimately results in a much more effective business process.

Since last summer Insurwave has won eight awards including the The Insurance Day Maritime Insurance Award. Shaun recognises that there are a lot of blockchain ideas, proof of concepts and promises for the future out in the market, in which a number of them will success. What Insurwave has achieved is that it has been live for 12 months now with Maersk. They have proven the worth of their core functionality and have built a lot more on top of it.

Evolution of the Insurwave team

When Insurwave first launched it had a small team – Maersk, one insurer, one reinsurer and one broker. Shaun stresses that their number one client has always been Maersk. Insurwave launched with basic functionality in July 2018 with Maersk but is now rolling out the full functionality for the whole hull and machinery by June 2019 for the next panel.

Insurance broker Miller’s has joined the Insurwave panel with a new reinsurer Gard and their retro panel. They are building out new nodes to accommodate for other shippers and brokers which they will be announcing in the near future.

Insurwave has used Corda open source to build its back-office platform and has built a lot of functionality in front end system technology as well. Shaun describes his experience of using Corda as being very good but for him the key is not so much about technology. The toughest challenge is about defining the right business process. The toughest challenges isn’t about digitising existing processes but in creating new business models and then developing the technology to support them.

Insuwave’s partner is Guardtime. Guardtime have the KSI software which they will be using a lot more of the KSI core for complex blockchain solutions for data provenance. This will be very important as Insurwave moves to their next phase with cargo which will involve the use of thousands of sources of data from IOT devices. This will see the use of Corda with KSI and some front-end technologies to deliver on all of their objectives.

Improving cost efficiencies by at least 40%

Marine hull has been quite a difficult area for making money in the last few years for all parties whether it is insurers and brokers. Consequently Insurwave’s cost efficiencies and new business models in marine hull has generated a lot of interest in that industry.

Shaun expects greater benefits to come out with new functionalities and with cargo in the future.

The Insurwave team has had conversations with regulators. However as Insurwave has only been running live for a year, the regulators would want to see it running for a bit longer to get more evidence of how it would all work.

In a year or so Insurwave will have the evidence to support the fact if they can work with regulators to change some of the Solvency II assumptions, to enable less capital to go on the balance sheet because they’re recognising this data as much more valid and leveragable for taking risks.

In 2018, Shaun had shared with us a set of next steps he was hoping to achieve for Insurwave:

Shaun stresses that his number one priority is getting Maersk fully operational this summer with the full functionality. Insurwave has been running a few proof of concepts with regards to cargo and they hope to go straight into it this summer with a proper design and build.

With regards to aviation, the work that Insurwave has done for the hull of ships is very similar to the hulls of planes. Leveraging Insurwave into the aviation industry is something they’re keen to do.

At the present moment Insurwave is talking to other shipping companies overseas and in Europe and aim to sign them up once Maersk is fully live. 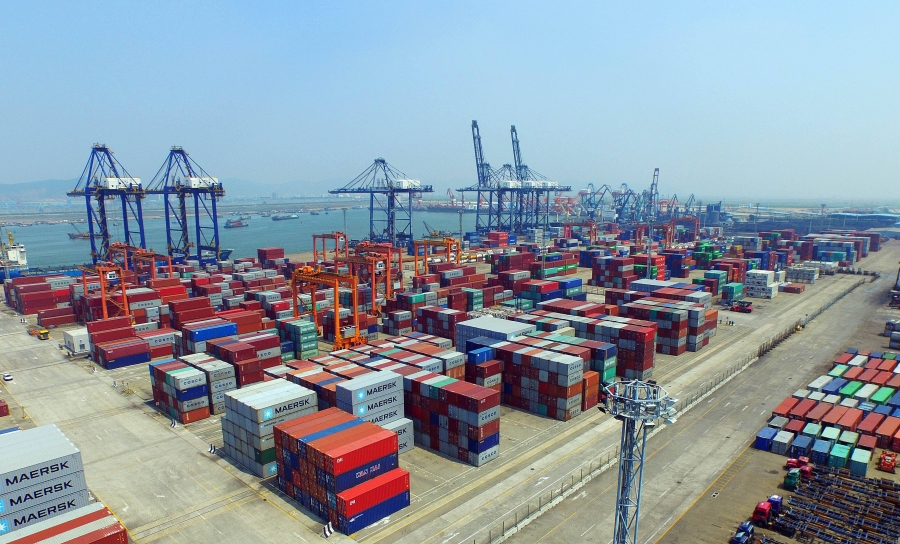 On the 8th of May 2019, Insurwave announced a new agreement with Zhuhai Port Holdings Group Co., Ltd. to explore and collaborate on shipping logistics and marine insurance to promote frictionless trade across the Greater Bay Area and beyond.

Zhuhai is one of the biggest ports in China and in the world. They’ve been also talking to Ningbo, Shenzen, Quanzhou and Hong Kong Port as well. The Chinese see a great opportunity for this technology to be operative within their ports. They’re looking at this opportunity not so much for the hull and water side but much more as a logistic play. There is a lot more potential with cargo and logistics from green water sea, to blue water river, to the grey water (the canals) which feeds the great belt road initiative. 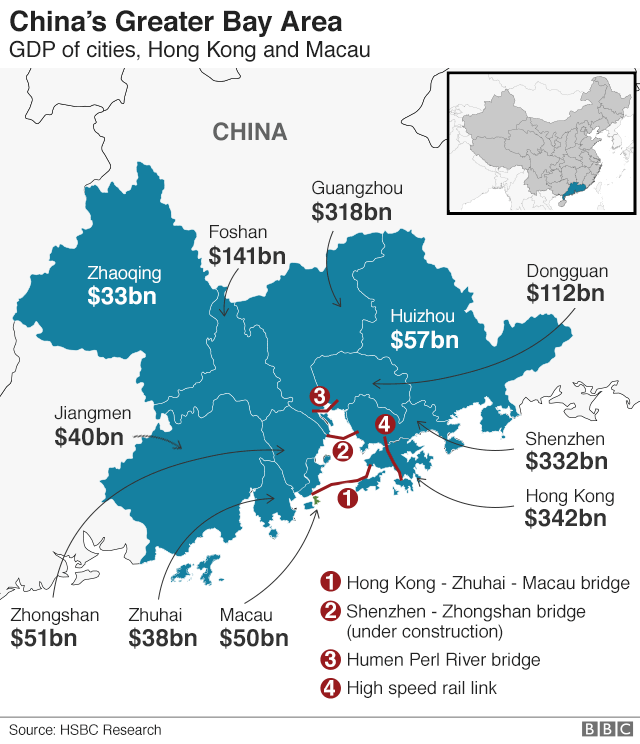 Thanks to the help of the British Foreign and Commonwealth Office there’s a lot of potential trade relationships being pulled forward with the UK and China. Insurwave is looking to do a kick-off and a trail with them very shortly along with other shipper, brokers and the ports to prove it can be done in Chinese language, with Chinese data rules and Chine IP rules

In support of their Chinese counter parties and local financing they’re working  on a different model and creating a Chinese technology data that will connect with Insurwave.

The Zhuhai Port Holdings agreement is an exciting opportunity for Insurwave. However it does bring up the challenge of how to set up a common data standard, when you have an English one and a Chinese one.

Shaun recognises that these are all new standards and they’re aiming to help evolved those standards for China. They’re very strict rules on how data can leave the country, but from a standards point of view this is a all up for grabs. As long as the technology resides and the data resides in China, Shaun believes they can make this work. The interoperability will be easier between the various systems so the ships can move around the world between different ports and Insurwave can facilitate that.

Ports of the future

There are a lot of moving parts in ports. Cargo goes onto ships, which goes into port. Cargo stays in the port and there is all sort of risks associated with that. Whether the cargo is perishable or non-perishable goods there is a lot of loading and unloading of goods. Technology plays an important part in managing all of this, from IoT (Internet of things) to the work going on in China in making their ports autonomous. 5G will play an important part in ensuring all these IoT devices remain connected. A whole new technology infrastructure is rising to the challenge in supporting a wider ecosystem of portable structures working in ports for managing goods, security, dealing with people trafficking and other issues. Blockchain can measure, connect and bring traceability to all of these data points.

Skills sets for the future

As in last year’s episode business architects are still the top skills that Shaun looks for in enterprises like Insurwave. Complexity in terms of the ports, cargo, and data will require individuals who can understand these new business models and how they can be joined up together.

Data scientists will be needed to leverage the data even from data sources that no one has ever imagined as IoT will keep providing an abundance amount of it.

For our next podcast with Insurwave in 2020 on Insureblocks, Shaun hopes to be able to update us on:

Thank you Shaun for giving us this great update on Insurwave and your lessons learnt over the last year. If you liked this episode, please do review it on iTunes. If you have any comments or suggestions on how we could improve, please don’t hesitate to add a comment below. If you’d like to ask Shaun a question, feel free to add a comment below and we’ll get him over to our site to answer your questions.