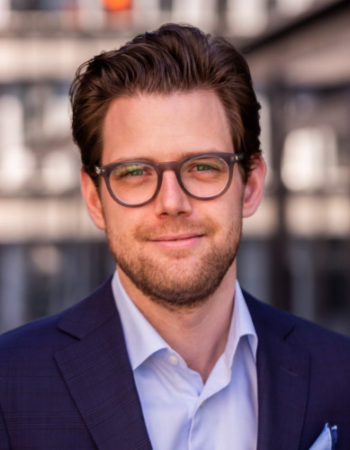 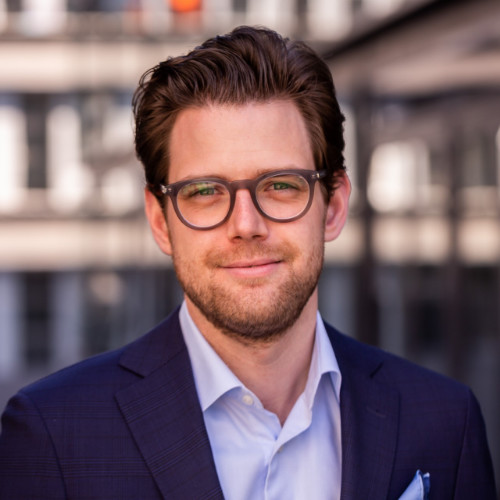 In this podcast we are joined by Kevin Leuthardt who wrote an interesting article on this subject earlier this year where he analyses the use of governance from a business network layer, protocol layer and data layer for scaling blockchain consortia.

Kevin Leuthardt is the cofounder of KSquared which works with start-ups across industries and technologies. He is a tax lawyer and is involved in the European Blockchain Association within the Governance Working Group.

Kevin sees blockchain as a foundational technology. From a technical standpoint it’s a shared synchronised data ledger which is encrypted and comes with the potential of disintermediation, automation and providing a single source of truth. Automation comes through the use of smart contracts.

What Kevin finds the most exciting about blockchain is that it brings about the so called competition paradox where competitors can work together to unlock new opportunities.

The article – Successful scaling of blockchain consortia through governance

On the 16thof January, Kevin wrote an article entitled “Successful scaling of blockchain consortia through governance”.

Whilst working on a project around withholding tax refund on a DLT project, Kevin realised the importance governance had in the successful deployment of a blockchain consortium or an enterprise blockchain project.

Governance is a term which encompasses organisational, legal and economic reflections or considerations. Governance within a business network like enterprise blockchain is a set of rules, values and a set of incentives by which participants agree to operate within an ecosystem. If is a rulebook which is here to manage key situations or events:

The ultimate goal of governance, within the competition paradox, is to enable and facilitate transparency and continuity of the network.

How to assess the governance of a blockchain consortia?

If you think about what’s actually a blockchain consortia, it’s essentially a set of companies which agree to collaborate in order to advance the state of blockchain. Within an industry it’s about establishing industry standards, use cases or build real commercial applications as is the case with B3i.

In order to analyse the governance of a blockchain consortia it requires to run an assessment of the anatomy of the distributed ledger application. Michel Rauchs, at the Cambridge Centre for Alternative Finance at Cambridge University, has published a conceptual framework on distributed ledger technology systems. It splits the anatomy of blockchain applications into three layers:

A minimum viable ecosystem (MVE) is the smallest configuration of participants which needs to be brought together to create a unique commercial value to validate a certain assumption. This isn’t about achieving big scale. It’s about having the minimum number of participants to really test out the coopetition paradox and the proof of concept of a blockchain education. In general in an MVE you don’t have strict legal structures more of a memorandum of understanding in terms of who brings what to the table, agreed costs and the vendor involved for running the MVE.

A good example of this is how B3i started off in the early days as a loose coalition of reinsurers before it became a registered company in Switzerland in 2018. Another one is how Maersk initially started off working with IBM on Tradelens before launching it as a formal joint venture.

Kevin advises against using fake partners as a true partner to an MVE brings credibility to the network, insights into the industry from their perspective, and provide both people and financial resources to the network.

Kevin agrees that consortia initiators have to be rewarded for the sweat equity, human and capital resources that they provide to the a blockchain consortia. However on the other hand the amount of “compensation” of sweat equity consortia initiators receive has to be correctly determine. Too much compensation, such as giving too much power to the consortia initiators or too much of a say in the future evolution of the consortia, can deter future potential joiners of the network from actually joining as it is simply not attractive. This may have been the reason why Tradelensinitially had a hard time attracting new partners to their blockchain consortia. There was this perception that any new joiners to the Tradelens network had to disclose a lot of data and information to both IBM and Maersk.

In an ideal world you would have a system where every single participant, either a consortia initiator or a late joiner should have a positive ROI from the participation in the blockchain consortia or business network. By ROI you have access to profit sharing from the profits of the network and benefiting in the efficiencies of being in the network.

For Kevin, a centralized legal entity governed by open governance principles is the preferred standard, particularly given the administration and compliance management considerations. However if you look at the Mobi initiative they do not operate as a legal identity in its own right but more as an initiative for the mobility industry.

In terms of having a central legal entity approach, registered either as a profit or not for profit legal entity, it acts as a networking operating company. Alternatively, you can have a a basic general partnership which looks at compliance.

The network operating company would be in charge for the development (incl. community building), administration and commercialisation of the blockchain application. Any intellectual property accruing from the activities of the business networks would be assigned to the network operating company. However, the software package required to access the platform should be offered as a free, restrictive, open-source license to enable its adoption within the ecosystem.

The organisational governance must account for the interests of both the equity holders and the community. Whether the network operating company is set up as a profit or not for profit identity it needs to have a board which really steers the business network.

The initial protocol layer is defined by the initiators of the business network during the assessment undertaken in the proof-of-concept.

In the early days of B3i, they started of the MVE by building their prototype on top of a  Hyperledger Fabric blockchain, before switching to Corda when moving to a more production type environment.

It is important from a governance perspective to understand who has a say in determining what are the technical and legal reasons / implications for moving from one blockchain protocol to another one.

What is important is to have privacy by design from moment you start drafting the data layer and how comprehensive it can become. The need to ensure that the blockchain network is in compliance with the data protection laws in the jurisdictions in which it operates in. That’s where there is an advantage of having a centralised approach to a blockchain consortium because you have a central legal entity which can take up some responsibility. For example a central legal entity can ensure that the network is GDRP compliant.

The network operating company should act as the data controller and data processor in line with the applicable data protection laws. The entity can assign a data protection officer and ensure that the data stays within the European Union and not send to a node outside of the EU.

Any data should only belong to its original owner, its users, and can only be transacted in agreement with the data owner. The network operating company is never expected to assume any data ownership other than its own.

Here at Insureblocks we encourage blockchain participants to think about the Web3.0, a world where industry specific blockchains can interconnect with one another. Kevin believes there are three aspects to consider for such an eventuality:

Thank you, Kevin, for sharing your insights on Successful scaling of blockchain consortia through governance. If you liked this episode, please do review it on iTunes. If you have any comments or suggestions on how we could improve, please don’t hesitate to add a comment below. If you’d like to ask Kevin a question, feel free to add a comment below and we’ll get him over to our site to answer your questions