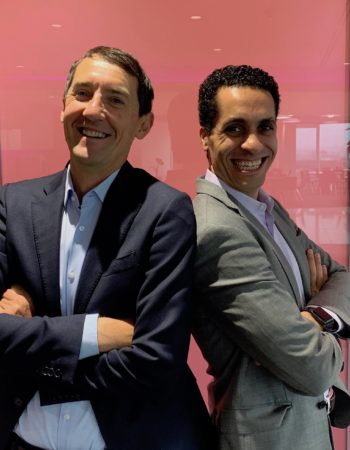 Ep.38 – ‘Mutualisation’ of insurance through blockchain – insights from VouchForMe 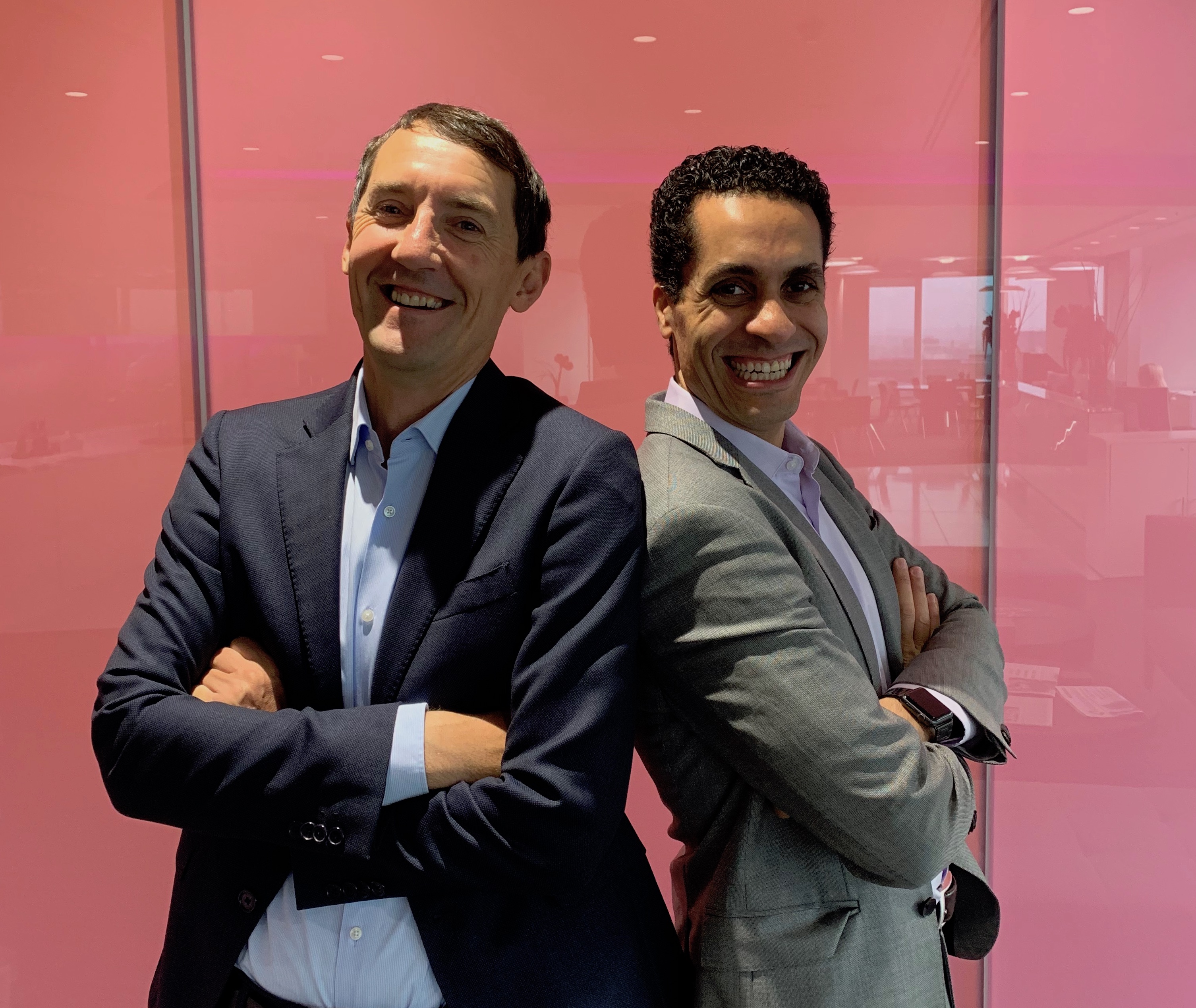 In this week’s episode we get an insight into how blockchain can enable ‘mutualisation’ and learn about social insurance from VouchForMe. Our guest is Matt Peterman, Founder, VouchForMe and InsurePal. Matt’s experience spans private equity and fraud detection in the insurance industry. It was roughly 3 years ago that Matt realized that ‘mutualisation’ in insurance was gone – this realization led to Matt co-founding InsurePal.

Breaking down the jargon

“Blockchain is a mechanism where we can send information and money at the same time through non-centralized institutions.”

Matt provides the example of Ethereum by highlighting that instead of sending money through Swift, people can now send money through a network for 25,000 miners (who form the Ethereum network) in a P2P (peer-to-peer) manner.

“Ethereum is a software of the future (economy.)”

Matt makes a profound statement that Ethereum is ‘a software’ and not ‘the software’ i.e. it is still early days in the blockchain/crypto world and only time will tell which software (public blockchain) prevails and reaches mass adoption.

In this light, a recent article published on CoinDesk sheds some light onto why public blockchains are yet not suitable for enterprise needs. There are indications that the technology needs time to mature to become enterprise grade.

Matt highlights that the Ethereum network is secured by over 25,000 nodes whereas a permissioned blockchain network implemented by a consortium might have as few as 4 or 5 nodes securing the network.

A node may be thought of as a point where information is confirmed, stored and validated.

The notion of ‘mutualisation’

From an underwriter’s perspective

From his experience in fraud detection, Matt recalls that there is a lot of opportunistic fraud and premium leakage in the insurance industry today. The Association of British Insurers concluded that there is one insurance scam roughly each minute!

At the point of underwriting, there are numerous scams such as prospective policyholders claiming they have a garage for their car, when, in-fact they do not. Insurance companies today are trying to fight fraud by using big data or by trying to link customer provided data with other data-points including social media (Facebook, Google etc.)

Matt points out that people think of insurance as a necessary evil. In some cases, insurance companies are thought of as government-sponsored entities which can be ‘used’ to obtain money from time to time!

As Matt suggests, most people forget that these malicious activities increase the cost of claims which in-turn increases the premium charged to the end customers. In the UK alone (for FY 2016), insurance fraud cost the industry $1.3 billion and the industry spent $200 million trying to combat fraud. The origins of insurance can be traced back to Edward Lloyd’s coffeehouse where parties agreed to share risk (which reduces fraud) and it is this notion that VouchForMe is trying to bring back using blockchain.

The notion of 3rdparty underwriting

There are two advantages that this scheme has:

The notion of ‘mutual’ endorsements

Matt was asked a question about why counter-parties would be willing to dedicate a portion of their credit card limit to vouch for an insurance policy for their friend/family.

Matt responded by highlighting that endorsements are usually mutual– which turns out to be an excellent sales tool. Mutual endorsements also foster stronger relationships.

As Matt points out, when a close friend or family member meets with a motor accident, your first response is not how do you plan to replace your car (hopefully) but it is more along the lines of expressing concern regarding their physical and mental wellbeing. Quite often, you may even lend your friend some money to help them! ‘VouchForMe’ is trying to translate the sympathetic nature of human beings into insurance contracts (smart contracts) on the blockchain.

Why does ‘VouchForMe’ need blockchain?

Matt believes that blockchain provides a neutral tool to allow customers to decide their destiny and decide who will support them along the way.

Matt explains further that the ‘VouchForMe’ proposition could have easily been built without blockchain but that lead to a loss of the ‘neutral’ position. Many clients are scared today of handing over their data to companies and without blockchain, this consumer data would have to be stored on centralized servers.

Matt points out that this is a question he is often asked by insurers and the reason for not using Facebook as a medium is due to GDPR. If an insurer wishes to obtain additional underwriting information, they must go to Facebook, Google or other centralized data stores.

Matt highlights that GDPR aims to put customers in control of their own data and insurers are extremely well placed to facilitate the return of ownership of private data back to customers. In fact, insurers would stand to gain a lot from notion of ‘self-sovereign data identity’ as the insurer would not have to go through an intermediary (Facebook or Google) to obtain accurate (and verifiable) customer data to carry out underwriting.

It is also well-known that centralized institutions such as Facebook are large targets for cyber-attacks whereas public blockchains (Ethereum, in particular) have yet to be compromised as a whole (hacking a single node is possible but hacking the entire network is a feat as yet unaccomplished.)

Responsibility for KYC and identity verification

Matt mentions that the KYC process is carried out at the insurance companies end to ensure that there is no money laundering taking place.  He goes on to mention that money laundering is a problem in life insurance but no so much in P&C insurance which is the current focus of ‘VouchForMe’.

Matt provides an example to illustrate the sales process – at the point of sale, the insurer informs a prospective policyholder that there is a special offer which reduces the premium by a certain amount if the policyholder can bring three people to vouch for him/her up to some pre-specified amount each.

As described earlier, not only does this sales process reduce risk but also it serves as an excellent marketing tool – people who vouch for others may wish to try the product offering for themselves!

If a claim is triggered, the first notification of loss (FNOL) goes to the carrier and this automatically triggers communication to the guarantors informing them about the amount that is due from them due to the claim.

As a result of this process, the insured usually bears the cost of small claims and is discouraged from making fraudulent claims or inflating claims amounts.

Where is information stored?

The policy sits on a centralized system whereas information regarding the relation(s) guaranteeing the policyholder sits on the Ethereum blockchain. ‘VouchForMe’ currently works on a hybrid data storage model – this would allow partner insurance companies to expand their existing customer-base to include individuals who are skeptical of storing too much personal information with companies.

How does blockchain enable the ‘VouchForMe’ model?

It is important to note that ZKP provides probabilistic certainty about the information held by the customer i.e. a carrier may know with 99.99…. % probability that the customer has $100 in his account (but, the carrier doesn’t know exactly how much money the customer has).

Why Ethereum and not a permissioned blockchain?

According to Matt, since we are in the early days of blockchain, we could potentially see some large (permissioned and public) blockchain protocols become redundant within the next few years. However, he believes the Ethereum community has a large pool of developers who are active and engage in constant development of the network. Thus, he feels that Ethereum may be in better position to survive in the longer term as compared to some private blockchain protocols.

In addition, Matt indicates that public blockchain protocols such as Ethereum may be safer for data storage and transmission since they are truly decentralised(Ethereum has over 25,000 nodes) as compared to permissioned blockchain protocols which may have fewer than 10 nodes securing the network. The number of nodes determines how difficult it is to hack the network.

Matt points out that it is not necessary for insurance carriers to understand blockchain completely – he takes the example of the internet which is widely used today by almost everyone but very few understand how the internet works.

‘VouchForMe’ is currently running three pilots spanning motor and home insurancein the Netherlands and Switzerland. Since these pilots are still in their early stages, Matt does not have any datapoints to share. However, he anticipates that by January or February 2019, there will be enough traction to extract meaningful statistics.

Matt has provided some excellent how blockchain can enable ‘mutualisation’ in the insurance industry and explained the notion of ‘social insurance.’