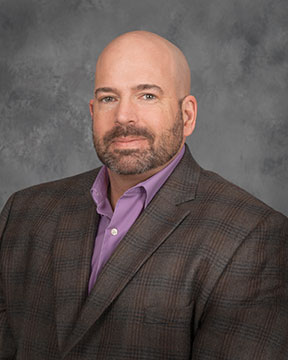 Blockchain is a distributed ledger, which enables members of a business network to execute transactions in a peer to peer fashion.

What this means is that when each of the participants can trust the information that they have, it allows them to perform business transactions in a peer to peer fashion. Rather than depending upon a third party or intermediary for validating that the information is actually correct.

Who is State Farm?

State Farm was founded in 1922 by retired farmer and insurance salesman George Jacob “G.J.” Mecherle. State Farm now insures more cars and homes than any other insurer in the United States while also providing a few other products such as life insurance, ifnanical services and a litany of others. As a mutual company, State Farms is focused on their policyholders and is currently ranked number 36 on the Fortune 500 list of largest companies.

State Farm’s blockchain journey started in late 2016 when Bitcoin started to get on the attention radar of financial institutions and other large enterprises.

State Farm established a group in their labs department to explore and priorities blockchain opportunities. The team initially focused on working across the multiple business lines such as the claims department, underwriting and financial services. The objective was to educate them on the capabilities of the technology and identify and evaluate possible blockchain use cases that State Farm thought could be of value. In the spirit of learning by doing, they aligned a few of the identified business opportunities with some development teams to create early prototypes.

Since then their work has evolved towards a focus on product delivery and realisation of business value. The current flagship project is the net subrogation product that they have built in collaboration with USAA (United Services Automobile Association).

Large consortium approach or co-founder one for blockchain?

State Farm rapidly realised that blockchain is a team sport. For many of the blockchain use cases, to realise the potential of that use case requires a certain level of market adoption. The value is typically in the network.

There are a couple of emerging patterns for driving blockchain solutions from concept through development and industry adoption. State Farm has invested and participated in each to really understand them. One of those models is the co-founder based approach that typically involves a small number of firms or companies that focus on developing a single product or use case. They build it out, prove it out and invite others to join in.

The other model is the consortium approach such as RiskStream Collaborative (previously known as the RiskBlock Alliance) where you start off with a larger number of network participants, utilising this neutral third party to facilitate the collaboration, drive out product ideation, assist with product development, and then eventual implementation and support.

The benefits of this type of approach is that it is mainly viewed by most as a more neutral environment for competitors to start working together. The neutral third party can facilitate conversations and the initial cost can be spread across multiple parties. The main challenge is one you typically get when a large number of decision makers need to collaborate and reach consensus when they have different opinions and points of view.

Deciding on which approach to be taken is really down to the identified use case. Some use cases can achieve value very rapidly with a small number of participants whilst others may require a large buy in from the market’s participants.

Why auto subrogation use case?

Leveraging blockchain for netting of subrogation payments between insurers has been one of State Farm’s top use cases from the very beginning for the following reasons:

Dustin recognises that for most use cases, such as this one, it could be done by a centralised third party managing a shared database, instead of a blockchain. That is the old traditional way of handling these things. However, Dustin believes that giving direct insights into the transactions, accessing auditability, being tamper proof on a distributed ledger that is on site and managed by the participating organisations, instead of a centralise neutral third party, has business value.

Getting buy-in for the solution

The auto claims subrogation blockchain project required a very different type of thinking as you’re working directly with competitors. It involved team from legal, security, risk, compliance, public affairs, the business and the IT departments that are supporting the existing processes.

Getting that support and buy-in required education, collaboration and consistent transparency.

Iterative approach to development and business case in ROI

The project was broken down in phases. The phases were aligned with ROI and business value projections. Each phase provided additional insights on the realisation of their initial projections and assumptions.

First phase was prototype phase which was completed in 2018 and both State Farm and USAA agreed that they were on track to achieving the business value to proceed to the next phase. Phase two, which they are now completing, is their shadow network phase. The blockchain solutions is implemented in production in parallel to the existing processes, but without the exchanging of payments.

This phase is proving out the business processes, confirming the expected efficiency gains, and understanding the integration points needed to existing systems to better understand the costs. At the end of this phase both State Farm and USAA will have a clear understanding of the ROI and value of the blockchain solution, and decide on whether or not to move to the next phase which will include develop the proper integrations and turning on the exchange of payments.

It is important to note that any aspiring blockchain project have to appreciate that in the short term there will be extra costs involved in running a blockchain system concurrently to the existing one to be able to compare and contrast the benefits of the blockchain solution.

State Farm has two blockchain projects in the pipeline. One involves the exchange of information between insurers and state motor vehicle department, for the purpose of insurance tracking. The opportunity here is to provide efficiency gains and quicker validation of data with the promise of making the policy experience a better one.

The second project is around improving efficiency and reducing the cost associated with insures sharing information during the claims process. Improvements there could shorten timelines and improve the customer claims.

Building on a Quorum blockchain

State Farm’s blockchain solution is built on a Quorum blockchain that is governed by JP Morgan.

Based on Ethereum, Quorum is an open source blockchain platform that combines the innovation of the public Ethereum community with enhancements to support enterprise needs.

It has permission implementation and supports transactions, privacy and smart contracts.

Early 2018 was the time when State Farm had to make a decision on the blockchain platform it would develop its auto claims subrogation solution. They needed a permission based blockchain with transaction privacy.

At that time Quorum, Corda and Hyperledger Fabric were all in their early days. However they felt that as Quorum is Ethereum based and the public Ethereum had been put through its spaces that it would be a more robust platform. The other interest factor was when they talked to their developers the developers had analysed the level of documentation and number of contributors.

Dustin does recognise that either Quorum, Corda or Hyperledger Fabric could easily have been used for building out their solution.

But the one slight difference in the overall architecture approach that Dustin sees is that high level blockchain processing sits in three phases:

In Corda you have the concept of the notary node where one of the network participants has a node, have a certain higher level of responsibility and potentially even data insights.

Hyperledger Fabric, on the other hand has a modular architecture where different nodes are involved in different parts of the blockchain process. That architecture also includes an order node, which similarly has a greater responsibility and potential authority in the network itself.

So, in early 2018, State Farm felt that a Quorum type of architecture would be a best fit as it helps to avoid any perceptions that one network participant is trying to gain some sort of advantage over the other one.

However, Dustin confirmed that at State Farm his teams maintain a constant level of expertise and experience in both Hyperledger Fabric and Corda so that when other use cases come up and they need to pivot to another blockchain platform that they wouldn’t be starting from ground zero.

Expanding the adoption of net subrogation on the blockchain

State Farm and USAA are having numerous initial conversations with a number of large US insurance organisations. To facilitate those conversations, they’ve enabled other insurers to get involved easily and at a low entry investment through a beta test. This involves providing them with access to a node where they can they can exercise the application and run through some test scenarios with State Farm and USAA.

They also provide them with a full copy of the code if they’d like to set up their own node and run the same test scenarios.

Thank you, Dustin, for talking to us about your auto subrogation blockchain implementation at State Farm. If you liked this episode, please do review it on iTunes. If you have any comments or suggestions on how we could improve, please don’t hesitate to add a comment below. If you’d like to ask Dustin a question, feel free to add a comment below and we’ll get him over to our site to answer your questions