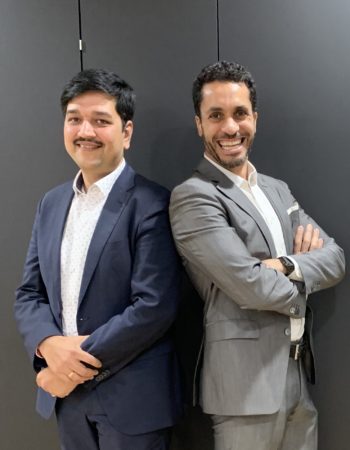 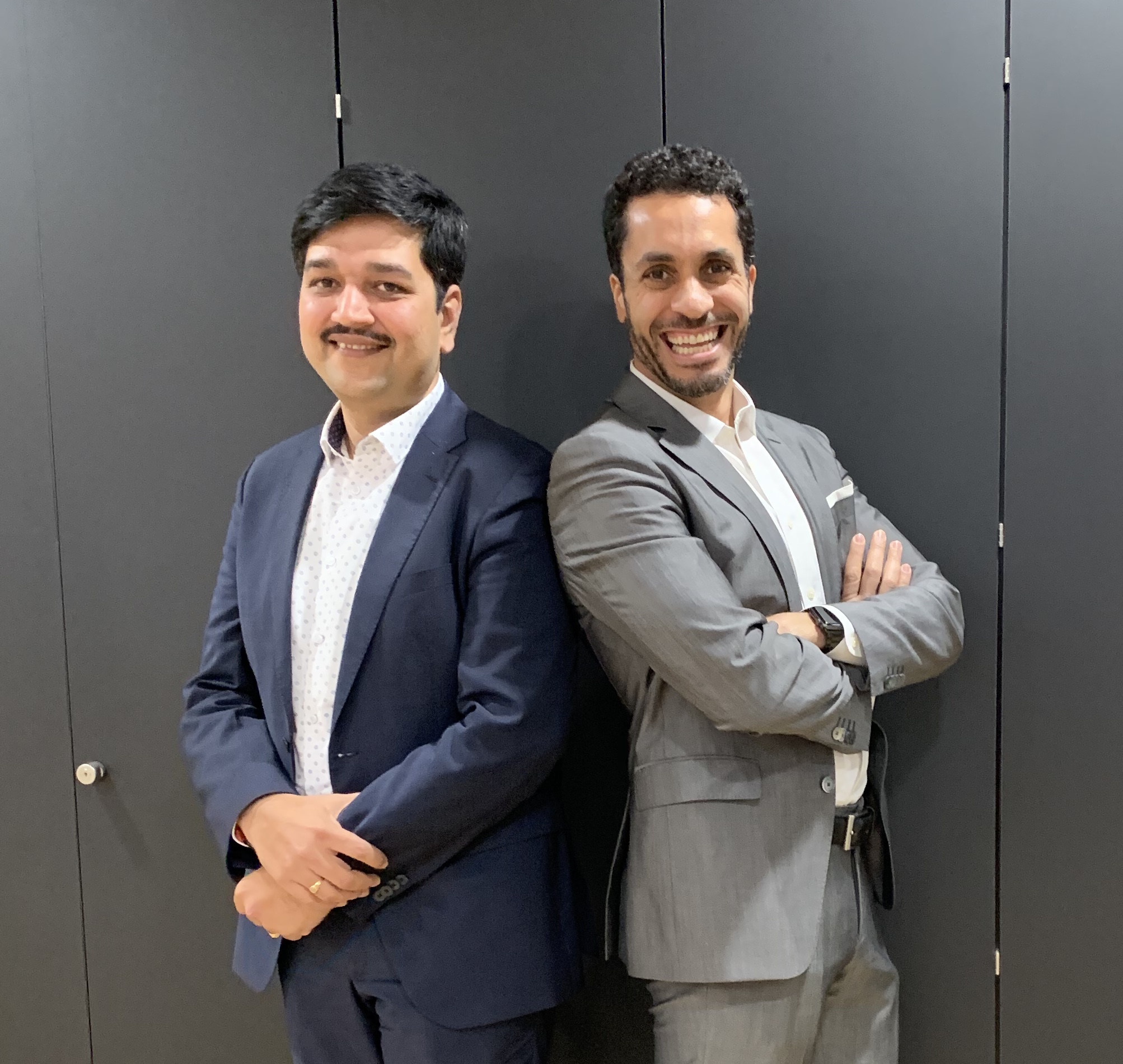 Raghavendra Kulkarni, is responsible for developing new Innovation Strategies and Business Ecosystems at Bosch. In this podcast we discuss not just internet of things (IoT) but also the concept of Economy of Things and how blockchain is an enabler for combining IoT devices to business models.

How we perceive Blockchain within Bosch. Three aspects to blockchain:

Web 2.0 has created centralised platform monopolies. Internet of things (IoT) coupled with a decentralised ledger operates well within a decentralised ecosystem. The second aspect is immutability where you can have an immutable trail of an identity or of data. The third aspect is where you have consensus which is driven by collaboration. In principle what Bosch believes in is blockchain as a technology which will enable decentralised algorithmic consensus in the context of things.

What is Internet of Things (IoT)?

Raghavendra looks at Maslow’s Hierarchy of Needs for things and has identified three levels:

IoT can be looked from there levels:

Raghavendra believes the IoT is all about the connection of the physical into the digital world.

IoT sits in all three aspects of the digital world:

Bosch believes blockchain will play a very important role in enabling things from automation to autonomic.

IoT has enabled the automation of a number of things. Where blockchain comes in, is in enabling those autonomous devices to make decisions on their own, by making these devices into economic ones. That is the game changer opportunity in combining blockchain with IoT.

On the 15th of May 2019 at the “ConnectedWorld Event” in Berlin, Bosch announced a tagline “from the Internet of Things to the Economy of Things”.

Raghavendra explained that when we talk about IoT it is really a conversation that is restricted to the technology of devices being connected. Economy of things is the principle of taking a technology and combining it to a business model.

An example Raghavendra uses is if you take a machine and create a tender for it that states that for this machine to do an activity today it would cost $10. The operator would have to create cycles and set it all up. In an economy of things scenario, the machine could consider its own resources and availability and broadcast to a network its own contracts and availability. Once agreement is made it can also settle its own transactions.

Additionally, at Bosch they believe the acceleration of AI adoption will happen if it is on the blockchain. With blockchain AI gets the provenance of data, the provenance of the models and if the AI is self-learning or has unsupervised algorithms it resides on the ledger.

Over the last decade the internet as a technology has really commodities the hardware. Whether it is a car or a machine the value that these things have in the entire value chain the control point has moved from things to a central platform with Web 2.0. With the advent of blockchain or decentralised capability that this technology delivers, Bosch believe that the differentiation that the things can provide can be really taken back.

Raghavendar doesn’t believe there is enough motivation for people who are working at the things level to just enable IoT to sense and provide data back to the platform monopolies. With blockchain you can create an incentivization model for all IoT devices on the value chain to contribute value and to make them accountable.

When it comes to incentivization models, blockchain provides the opportunity for tokenization. Raghavendra uses the example of a logistic use case where in a Web 2.0 world a parcel that is moved from A to B is considered a transaction. In a blockchain world that transaction can be made of multiple tokens. Every participant in the transaction can incentivized via tokens to add further value.

This blockchain use case is about food provenance, with regards the provenance of milk. There are two dimensions to this use case:

For the first dimension, the crypto cow, is where for the farmer the calf is a Bitcoin. In the entire life cycle of the cow the farmer would like to know what percentage of milk it generates and how he can be incentivized for that. On the other side he can use this data of his cow for various other purposes. For example, you have participants who sell to the farmer and participants who buy from the farmer. Bosch has created a data market place on a ledger for the farmer where he can put his data of his herd onto the blockchain.

Participants who sell to the farmer can be veterinarian doctors, insurance companies, seed producers, financial institutions and so on. A veterinarian doctor for example can access the data on the herd and if he detects any changes to the milk production he can proactively call the farmer to investigate if there any kind of sickness to the cows or if there have been any changes to the feed.

Additionally, financial institutions can also access the data regarding the health of the herd, forecast milk production and if necessary provide financial aid to the farmer whether it is for expansion or for maintaining the well-being of the cow. What is essentially happening is that the farmer provides data on this blockchain data marketplace and third-party providers can proactively provide services based on that data.

For the second dimension, Bosch has many sensors that monitor the temperature of the milk where it is collected in the barn, to its transportation unit and ultimately to where it is processed. All that data is uploaded onto the blockchain with numerous various parameters regarding temperature, humidity and other criteria.

A live implementation has been done in Norway with TINE AS the largest producer, distributor and exporter of dairy products.

Bosch is working on a POC, proof of concept, on the serialize drug tracking which is essentially tracking drug provenance. There are two business drivers for this POC:

Bosch is part of the Trusted IoT Alliance which is a new open source software foundation born to support the creation of a secure, scalable, interoperable, and trusted IoT ecosystem.

The Trusted IoT Alliance has launched two challenges a Smart eMobility Challenge in October 2018 and a Smart Construction challenge in February 2019.

When you look at blockchain and a vehicle there are two dimensions to it:

Blockchain would become a business operating system for a vehicle along those two dimensions. The Smart eMobility Challenge was a hackathon related around the ledger for the vehicle. How is the ledger designed for various purposes: software provenance, vehicle wallets (in terms of electric vehicle charge) and how the vehicle would participate with various stakeholders such as energy providers, retailers, suppliers and OEMs like Daimler and BMW.

The challenge looks at the complete property lifecycle, from the initial planning to the operation by a Facility Management Company (FMC). Contestants will provide solutions that address one of the three use cases: Construction Assurance, Track and Trace for Onsite Logistics, and Smart Worker Equipment.

Raghavendra’s personal opinion is that there isn’t going to be a complete public blockchain where all big industries are going to work and collaborate onto it. That potentially could happen in the long terms but what he expects to happen more likely in the short to medium terms are founder led blockchains.

Which means to say that, as a founder, you are governing and sponsoring a ledger with an intention of automating the business processes.

In the midterm, Raghavendra sees more of a consortium driven blockchain, whilst the long term is where we could see cross industry blockchain activity.

In terms of industries, Raghavendra sees logistics as the most likely industry to grow the fastest in terms of blockchain adoption for fundamentally two reasons:

Healthcare and Life Sciences is another industry, Raghavendra sees becoming a leader in blockchain adoption as there is an abundance of data that can be used on a ledger for the benefit of drug discovery.

The third industry is automotive as being a leader in blockchain adoption, especially due to the eMobility aspect and where the car becomes part of a business ecosystem.