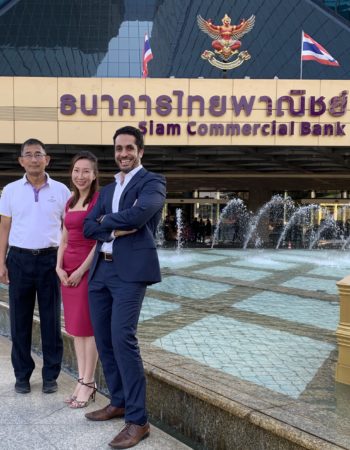 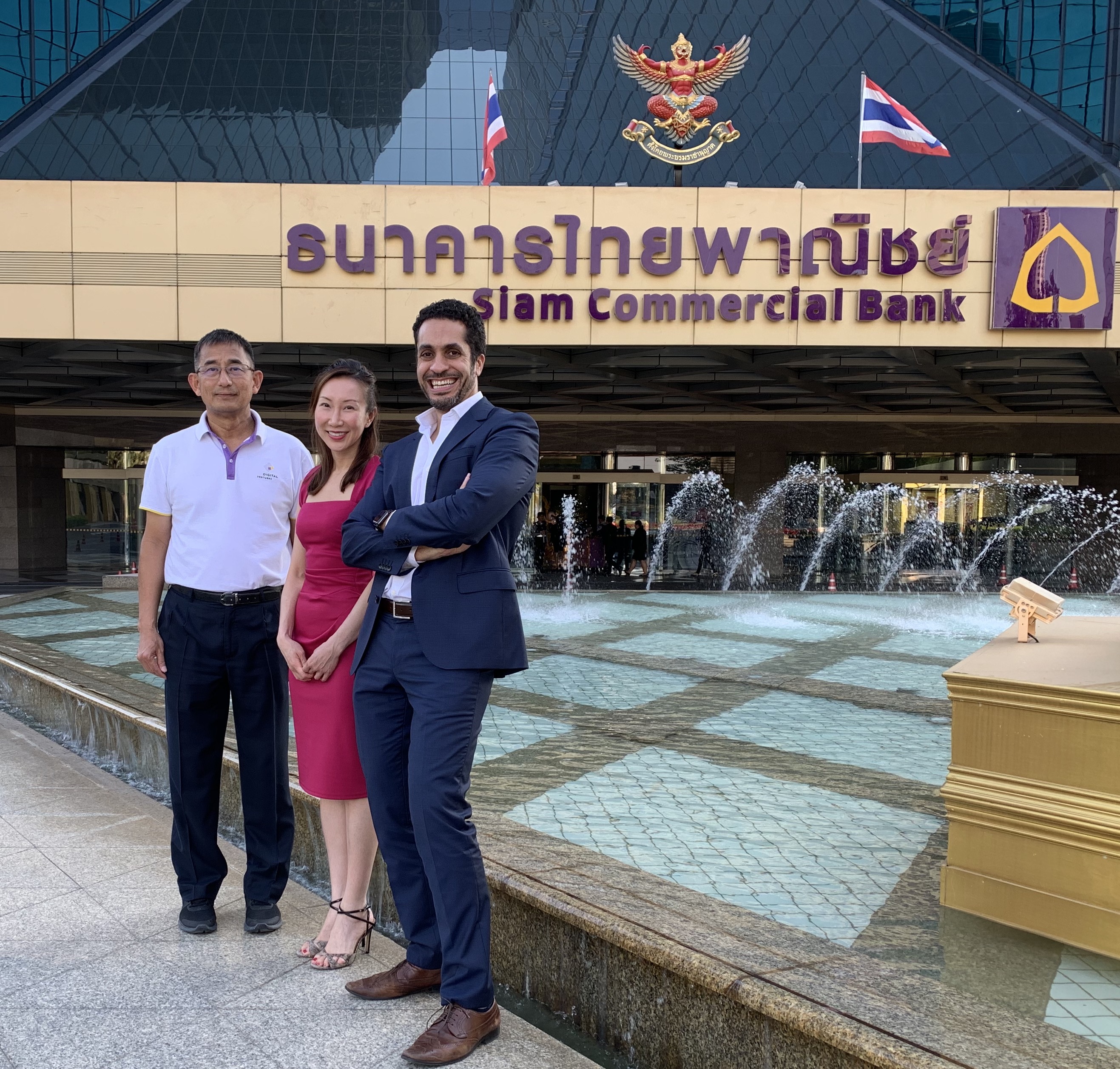 Procure-to-Pay, in today’s supply chains, is a complicated and lengthy process for corporations and their suppliers across the world. Listen to Orapong Thien-Ngern, CEO of Digital Ventures a subsidiary of Siam Commercial Bank (SCB) in Thailand, as he talks to us about how blockchain technology has reduced procure-to-pay process time by 50% and costs by 70%

We had the pleasure of also being joined by Sharon Yuen, Head of ASEAN sales at R3 who manages the relationship with Digital Ventures.

For Sharon, blockchain is a technology that creates a decentralised records of all transactions in the network. Using blockchain technology, participants in the network can confirm transactions independently of a third party intermediary. There’s no need for a central trust authority or a central server. From payments and audits to tracking inventory and assets, blockchain technology in supply chain can deliver a new level of trust and transparency, while enabling the procure to pay process to realise huge operational benefits.

Orapong believes that with distributed ledger technology (DLT), all these information records will be distributed in the near future and people own their own digital records. This will fundamentally change the business model of not just banks but all kinds of businesses. Businesses in the future will rely very heavily on data. Once the data becomes truly distributed banks won’t be functioning in the same manner as they are today. Nor will tecos. Core banking infrastructure will change as will billing systems and we’re just at the beginning of this change. Because of all these reasons, SCB is very interested in blockchain and DLT.

SCB was established 140 years ago. It’s the first bank in Thailand. In terms of net profit and net assets, SCB is the number one bank in Thailand. But as in the rest of the banking industry, not just in Thailand, the industry is facing some serious challenges. Return on equity five years ago in Thailand was about 22%, now it’s about 9.8%. Price to book ratio used to be 2.2, now it is 0.98. SCB isn’t alone in facing those challenges, the whole industry is facing them. European banks in Europe have a return on equity of 7.4% with a price to book ratio of 0.58, which means it is significantly discounted on book value.

If you plot those two trends, of return on equity and of price to book ratio, Orapong believes that the banking industry is a “sunsetting industry”.

Siam Commercial Bank is very alert of these trends. SCB believes that traditional banking has to evolve as the present market dynamics are very stagnant. For example last year, SCB created what they believed to be the leading mobile application for banking. To introduce its launch and to gain market share they announced zero banking fees. Within half an hour all the other competing banks matched their offer. Ultimately no one gained anything because everyone is willing to do whatever it takes to protect their market share.

Within such a competitive environment SCB realised that for the bank to grow it would have to branch out from its traditional business. They started looking at the financial world through a different set of lenses. Could the adoption of new technology, creation of new product and services away from their traditional industry help them? It is within that frame of mine that they discovered and became very interested in the potential of DTL.

SCB created Digital Ventures in February 2016 out of the banks venture builder programme. Digital Ventures aims to attract entrepreneurs with good ideas who may be short of funding or of market opportunities. The bank provides funding and customer base for these entrepreneurs to build products. If the products demonstrate promising results then the bank will spin that entity out as a start-up.

Digital ventures is a wholly owned subsidiary of the bank. But starting this year in 2020, the bank has spun digital ventures out as a FinTech start-up. Digital Ventures will not be receiving any further funding from SCB and will have to survive by the merit of its own services and ability to raise funding from capital markets and venture capitalists. 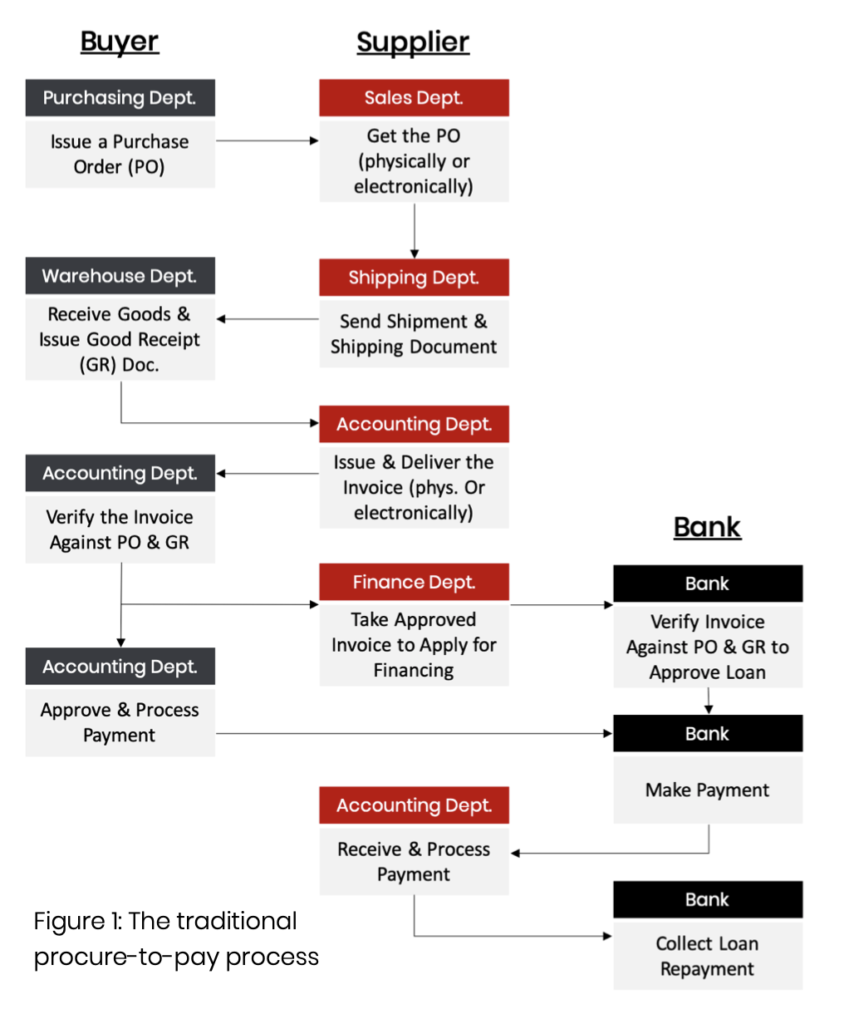 The buyer’s account payable department then compares and verifies all the documents before approving payment.

If the supplier is seeking invoice financing from a bank to protect its working capital position, then the paper-based process adds further inefficiency and cost, since the bank must aggregate and compare several documents and price in collection risk for the repayment.

The whole process is very complex and it is very difficult to solve because one corporate buyer for example could have tens of thousands of suppliers. To integrate all of the data and to automate it is very costly, because point to point integration is very expensive. With blockchain and distributed ledger technology this can be greatly simplified at a much lower cost.

Could this have been done without blockchain?

Orapong recognises that the procure-to-pay process could have been updated with existing technology, such as APIs, but it can’t be done in an economical manner. Even with APIs, how many integration points could a buyer with 10,000 suppliers manage? Once data is exchanged, how can the setup remain secure where everything is traceable and auditable? All of these are being addressed by blockchain.

Back in December 2017, Digital Ventures along with Accenture started conversations with Siam Cement Group (SCG), one of the ASEAN region’s leading conglomerates on how to transform procure-to-pay using blockchain technology. SCG is the largest company in Thailand, a 15bn US dollar company. SCG is recognised in the market as the most efficient and innovative company in Thailand.

In choosing which blockchain platform Orapong and his team had to consider whether to go with a private or public blockchain. Public blockchains like Ethereum are very easy to use, have a lot of open source software. However, with limited number of suppliers and buyers for procure-to-pay, public blockchains aren’t the right fit. In addition in a public blockchain you can’t identify who is the one who executed the trade but you can see the information regarding the trade such as price.

A private blockchain with strong privacy and access controls was needed, and R3’s Corda Enterprise solution was selected to underpin this project.

As SCG is one of the most innovative company in Thailand, Digital Ventures, approached SCG and asked them if they’d be interested in collaborative learning? To identify how DLT could be applied to SCG.

Orapong used a picture, that tricks your eye, into seeing a bird from one angle and a rabbit from another. He told SCG that at that point that he didn’t know if he is selling to them a bird or rabbit. If a bird will fly, it is a rabbit hole and you’ll never see it again. So that’s how he approached them. And he said, this is very promising, but we don’t know what will come out of it.

The real world is very complicated!

In March 2018, the first version of the PoC, proof of concept, was launched and it proved that the blockchain for procure-to-pay (B2P) could work. In August 2018 B2P was launched with SCG in production. From that moment it took one year to put to scale up to 100 suppliers. Even though they felt they had a good platform the real world is very complicated. Some goods got rejected because of quality, some prices got changed along the way, parts substitution, need for credit note, debit and a lot more exceptions were identified. Being in production mode was a real learning curve and it took one year to fix those issues.

Right now, B2P can sign up 100 suppliers per week instead of doing it in one year.

Tangible benefits of the blockchain platform

It’s all about productivity. You have one big buyer and thousand of suppliers. The buyer has a payment bank. The supplier has a financing bank. Today a supplier would submit an invoice to the buyer which normally takes two to three weeks to get the invoice approved. That’s because the invoice needs to be matched with a purchase order with a goods receipt and with shipping document.

The B2P platform drastically improves productivity as an invoice can be approved within the same day of its submission. For banks it is also of great benefit because in the past any financing to finance a suppliers cash flow would have to wait three weeks for the invoice to be approved. Which means for those three weeks the bank cannot provide lending. With this platform this can be greatly reduced.

With this platform SCB is the payment bank and the financing bank. The bank can see a trade from the beginning, from the moment the POS is issued to the point when the good was shipped and when the invoice is issued. When SCB provide invoice financing they can take deduction at payment. This removes any processing fees for the invoice financing because SCB can see the trade. There is no collection risk because SCB can take collection at payment. Combined as there is no cost and no risk, SCB can provide financing at 5% instead of 18%.

Thammasak Sethaudom, SCG Vice President for finance and investment, sums up the benefits: “The B2P platform helps shorten overall procurement processing times by 50% or from 70 minutes previously into only about 35 minutes per cycle due to the increased speed of invoice and verification processes. The solution can also contribute to a cost reduction of 70% compared to manual processes.

R3 as a strategic partner

In terms of the roadmap R3 works very closely with digital ventures, on what they’re planning for as new functionalities to the platform. R3 incorporates those functionality requests into the roadmap for Corda enterprise. R3 supports Digital Ventures to connect with other overseas partners in the region by inviting them to participate in a number of conferences and events.

The future is with tokenization

Tokenization is being able to put value on every piece of information or data. Invoices are essentially a promise to pay. At any point of time in there is about $50 trillion US dollars in supply chain trading all around the world.  With a platform that can provide you with transparency of all these trades and you can tokenize it, securitize it and make value out of it. The present supply chain platform is about getting the data and creating the network effect. Once you get to that point and you have the necessary amount of volume, the real money is in token

One comment on “Ep. 92 – Blockchain for procure-to-pay – insights from Siam Commercial Bank”