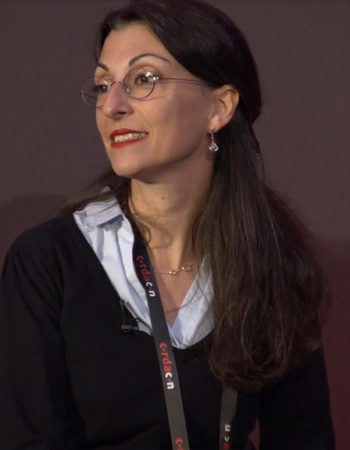 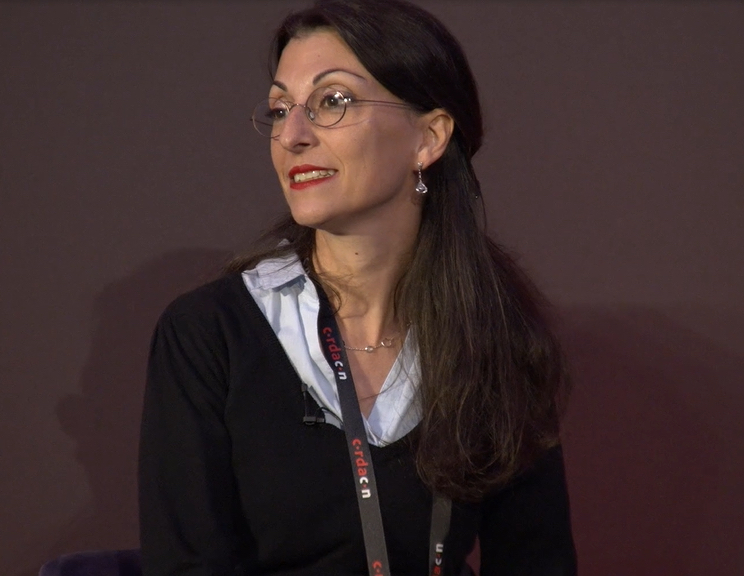 Silvia Attanasio, is the Head of Innovation at ABI (Italian Banking Association). Previously to that role she worked for 17 years at ABI Labs, the centre of research and innovation at ABI. Her present mission is to support the innovation amongst the banks within the Italian Banking Association. In this podcast she shares with us the exciting journey ABI has taken in launching a blockchain for Italian interbank reconciliation. We are also very grateful for her to be recording this podcast with us from her home in Milan during the Coronavirus Pandemic.

From Silvia’s point of view, blockchain is a way to organise a history of events and guarantee the integrity of the data in order to make it easy for a group of people or companies to agree on it.

However, Silvia also wants to say that blockchain isn’t a cost cutting technology. She agrees that the technology has the potential to bring efficiency gains but from her point of view we have yet reached that point.

Spunta is the reconciliation of bilateral accounts, a sort of nostro and vostro account. It’s a process aimed to clear the mismatch in a double entry bookkeeping.

In Italy the way bilateral accounts are used is where you have a single account, co-owned by two counterparties that have an automatic matching process. After that the operators deal with the suspended movement – operations that need to be confirmed before being registered in the bilateral account. This interbank process, based on bilateral registers, can be quite complex because it is based on a single account that requires the point of view of Bank A and of Bank B to match on the same ledger.

To complicate matters even further, there is a rule that states that the ownership of that single account has to switch every three years form one bank account to another. When a bank has ownership of the account they see all the information, movements, and balance. But when the ownership switches to the corresponding bank, they can’t see the information anymore and have to request it from the corresponding bank via phone calls, emails and fax. This is a very cumbersome process.

Opportunities and challenges to updating Spunta

In 2010 ABI attempted to reform this process. However, it was realised that there wasn’t the will to issue a new banking agreement. The Spunta process is ruled by an interbank agreement dating from 1978. It was only when ABI discovered blockchain technology that the necessary commitment was found by the banks to explore reforming this process for two different reasons:

ABI had studied the possibility to use traditional centralised technology. However, there were two main obstacles which led them to explore the usage of blockchain technology:

A private permissioned distributed ledger was the correct solution as it enabled bilateral channels, using Corda, in a manner that replicated the existing bilateral accounts.

Armed with blockchain technology, ABI found the necessary commitment to update the banking agreement in May 2019. This new agreement facilitated a switch over from tapes to a distributed ledger!

The proof of concept (PoC)

The first objective of this PoC was to understand how the technology worked, and if it was really possible to use it within a traditional banking process. To validate that hypothesis 14 bank back offices were visited across Italy to analyse the traditional process, the flow of transactions and decision making process in order to replicate it onto the Spunta DLT.

NTT Data Italia took all this information and developed the first PoC. In May 2018, the 14 bank operators were presented with a possible target solution. In parallel the team developed the core data and front end in order for operators to provide them with quick feedback on the application.

At the end of the PoC, SIA, the provider of interbank private network was invited to join the PoC.

There were 3 fundamental challenges:

In order to run this project, all parties were requested to put a little bit of investment from NTT Data, SIA, ABI and the 14 banks.

One of the main goals of the PoC was to fully understand the technology and how it could change traditional banking. At the beginning a learning session was organised by a team at R3 to teach was is DLT, what is blockchain and what is Corda.

Data standardisation was a big challenge. In the original agreement of 1978 there was some defined standards for data. Some of these standards could simply be updates such as the bank code from a four-digit basis to a five digit one.  A single code associated to a single transaction became mandatory. Whilst it existed in 1978, no one had enabled that.

ABI had a metaphor that guided the process from the very beginning which is related to the Hoplite – a group of soldiers, very organised, who stepped together and protected each other.

In terms of governance model Abi used the proposed model made by R3.

As mentioned in her definition of blockchain, Silvia doesn’t think blockchain is about efficiency in the short term. She reminds us that blockchain is introducing a new paradigm through software. Optimisation will come but it will take a few years.

A new infrastructure needs to be set up. It is very difficult to find a use case that justifies a new infrastructure for an entire ecosystem. The hardest part of this project was to communicate to the banks and give them a good reason to come on board. Silvia is adamant that to reach the entire ecosystem it requires investment, energy and the involvement of all the banks.

Top learnings from this project

There were three top learnings that Silvia shared about this project:

The whole team is very focused in bringing Spunta into production at the end of the migration process. The project team is encouraging the banks to develop their own use cases by re-utilising the infrastructure used for Spunta.

Once the crisis with the Coronavirus has subsided, the team would like to create a workgroup of European Banks to design together the functional requirements necessary to extend Spunta to the Nostro – Vostro account process with banks globally.

Courage to Italians and all those fighting Coronavirus

We at Insureblocks would like to give a special thank to Silvia for taking the time to record this podcast from her home in Milan, Italy. We wanted to honour and support all the Italians and people around the world fighting the Coronavirus. In honour of their struggle, perseverance and “joie de vivre” we want to dedicate this song to them as we understand it is regularly sang by Italians outside their balconies: