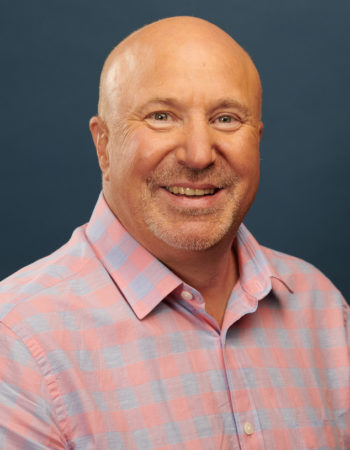 Ep.119 – Is Open Source the Future of Blockchain? 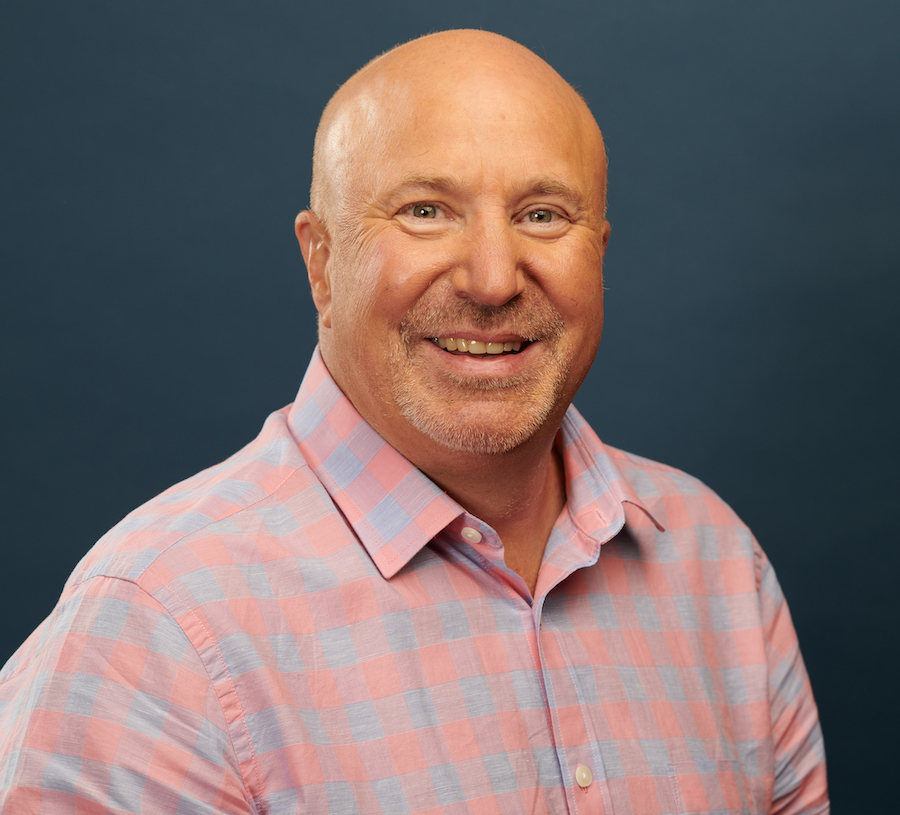 Chris Ferris is an IBM Fellow and CTO for Open Technology and Governing Board Member of Hyperledger. In this exciting podcast we discuss “is open source the future of blockchain”? Open source has increasingly converted enterprises to both use its technology and contribute to its code base. In a similar manner open source in the form of its open governance approach has some important lessons for blockchain networks to analyse and adopt. Have a listen and let us know if you think open source is the future of blockchain?

At its essence a blockchain is an audit log of successive records where each successive record in that audit log is cryptographically bound to all of the log entries before it. Blockchain can be used as a means of ensuring that there hasn’t been any tampering of the contents of that audit log. There are other technologies that are built out around it to give it purpose.

What is open source? 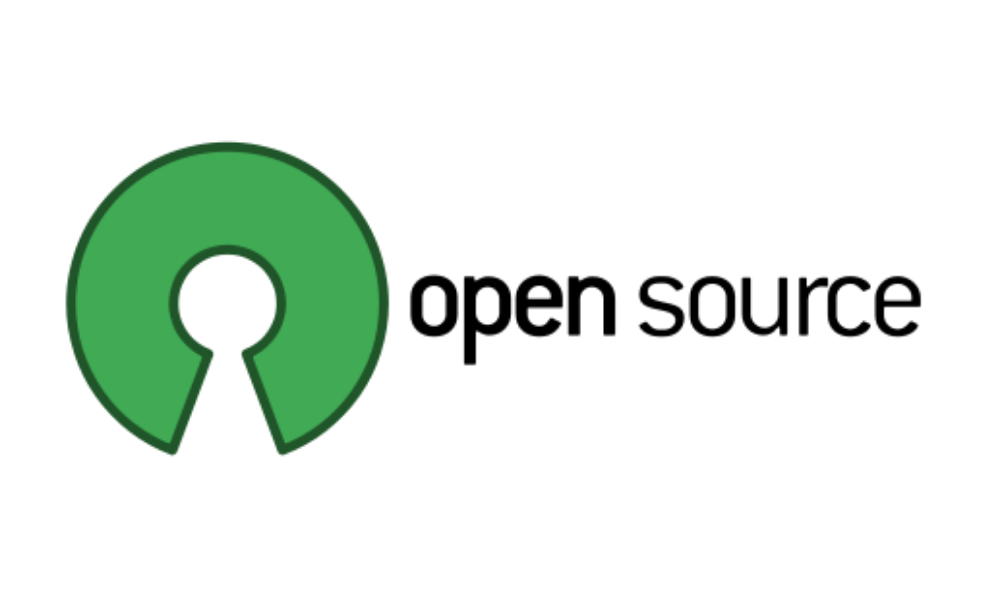 The formal definition of open source is that it’s software whose source code is made freely available and can be redistributed and it can be modified.

The Open Source Initiative has ten dimensions defining what is open source and the terms for its distribution:

History of open source & why are enterprises contributors to open source

In 1983 open source was known as the “free software” movement with Microsoft labelling it as the “enemy”. In 1998 “free software” evolved into “open source”. Microsoft wasn’t the enemy anymore and it along with Red Hat, Intel, Alibaba Group, Google, Facebook and of course IBM became some of the biggest enterprise contributors to open source.

What is important to understand is that whilst open source is free many firms such as IBM, Red Hat or Microsoft offer services to support the software or build commercialised versions of open source software.

Brian Behlendorf, Executive Director at Hyperledger was also involved in the original formation of the Apache Software Foundation. At the foundation they have an expression called Do-ocracy, which is where you roll up your sleeves, you get down and you do the work. From an open source perspective, even from a corporate or an enterprise engagement in open source perspective it really is about the notion of do-ocracy.

Enterprises like IBM, Microsoft, Red Hat and others get involved in open source projects because they’re of strategic interest and/or they’re using that technology as a function of a platform, offering or tools they they’re selling. Their contribution to open source projects is out of self-interest.

Chris gives the example that if IBM is using Kubernetes to power the container orchestration within the IBM Cloud, “..well, then we would be silly not to contribute to Kubernetes to keep it, you know, functioning to add new features and capabilities, improve the performance, and so forth”.

Jerry Cuomo, another IBM Fellow had been working on a skunkswork project internally around building blockchain technology for enterprises. Jerry discussed with Chris on whether or not to open source this blockchain enterprise technology or to have it as proprietary.

IBM is a big proponent of open governance of open source projects. Because it means that they don’t just share engineering resources to develop the technology but also over head costs such as PR, legal, marketing and staff necessary to keep things running smoothly.

In creating an open governance organisation, such as the Linux Foundation or the Apache Software Foundation, there typically is a sort of tiered membership involved for participation in the project. There’s typically a platinum tier, a general membership tier, and then there’s usually an associate membership tier, for academia and other non-profit organisations to become affiliated.

Some of the larger vendors that will use the technology in a strategic manner are the ones that will put up the most funding in the open governance organisation.

Top level tier usually gives access to a board seat where the board is responsible for how the money is spent on marketing, staffing and other administrative related functions.

The board however doesn’t get involved in saying how the project will evolve from a technical perspective. That is left to the participants, the engineers to apply the do-ocracy to determine that. It is the engineers that are actually writing the code, reviewing the code and putting out releases and so forth, who have a say in the technology direction.

How to manage conflicting requirements?

It is rare that situations exist of naked partisanship, where for example a large technology vendor has a development plan that it wants to achieve to meet their customer’s requirements, whilst a competitor may have a different one. In those situations, there usually is a bit of a backlash where the company involved in naked partisanship usually learns a lesson not to repeat this again.

How to incentivize enterprises to open source software?

Chris recognises that even IBM who has a long history of open source software development still has some ways to go in its open source approach. Chris believes that there’s a recognition that the open source capabilities that are being developed, the innovation that’s going on there is really sort of a constantly commoditizing layer of capability.

He gives the example with Kubernetes which is open source. It’s a very complex environment. Any firm that tries to install it and deploy it without any external help will probably struggle.

The value is in delivering open source capability as a service.

The value is in delivering open source capability as a service. The ability to optimise the delivery to the client’s requirements, the support and sustainability of the project itself is where the value is. It isn’t in the software itself.

Open source’s ability to gain adoption and the network effect usually gives it an advantage over proprietary systems.

Bill Joy, co-founder of Sun Microsystems, coined the expression known as “Joy’s Law”: “no matter who you are, most of the smartest people work for someone else”. In the open source community those people are essentially collaborating together, so a proprietary system is essentially competing against the rest of the world.

For example, there is in excess of 4,000 people who have contributed to Kubernetes. How may engineering departments have 4,000 staff? Even the likes of Google don’t have 4,000 engineers working on a project. Kubernetes contributors come from Google, IBM, Red Hat, Microsoft and of course the very long tail. All these contributors are building expertise within that capability. That creates a market that no single vendor can realistic do on their own.

When considering how all kinds of players collaborate around open source, it’s open governance structure, the network effect, it begs the question that the future of blockchain is open source.

For Chris, the future of all software is open source. Chris points to how over the last five year most of the software innovations haven’t been essentially proprietary. Initially the technology may have started in some research lab but ultimately it was published as open source.

Red Hat runs an annual survey with enterprises entitle “The State of Enterprise Open Source” whose results are quite interesting: 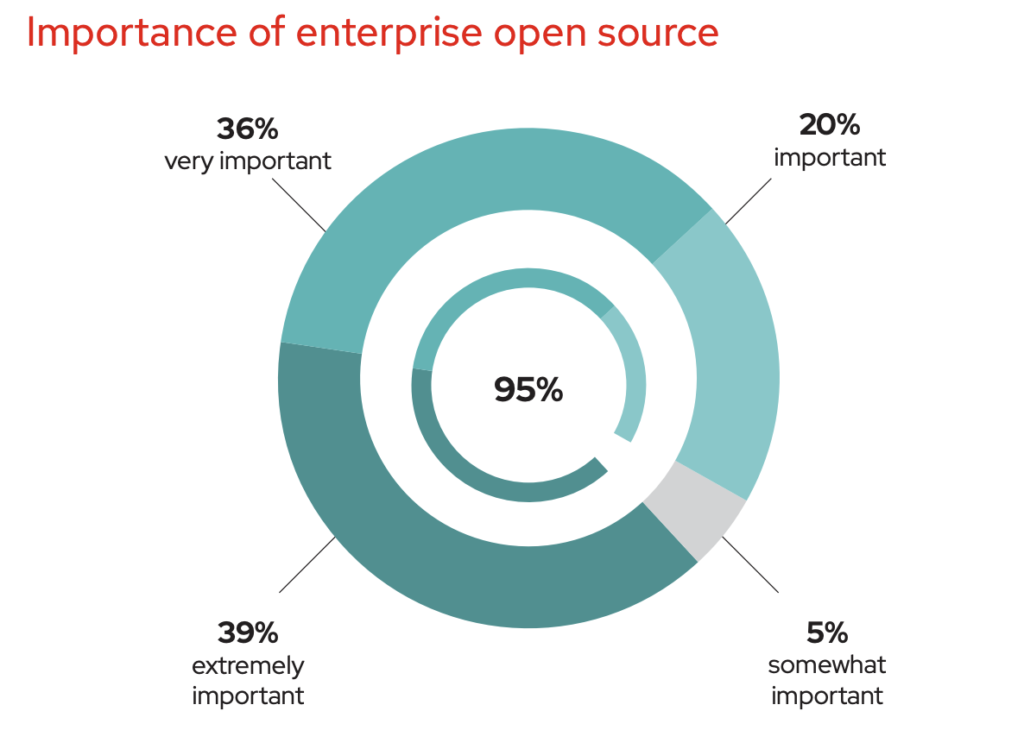 For enterprises public blockchains are a bit of a challenge due to their underlying technology, how it is delivered and their capabilities. The levels of scale and performance that most enterprises require isn’t always achievable by public blockchains. For example, VISA has a requirement to be able to process 75,000 transactions a second for a sustained period of time. That’s their benchmark. That’s the level of testing that they put all of their software deployments through, in order to get into production. Ethereum can process 25,000 – 75,000 transactions per second at its peak, not for a sustained period of time.

Chris doesn’t believe that public blockchains are enterprise ready at this point of time. He believes for enterprises they’re better off with a private or semi private blockchain network where the entities are known and with an appropriate governance model.

Chris has been doing interoperability for the last 20 plus years, starting with XML web services.

Chris looks at interoperability as a business model problem rather than a platform one. Whilst he admits there is a certain degree of interoperability and portability from an infrastructure perspective, it is still fundamentally a business model problem. For example if you have two types of platforms a supply chain blockchain solution like TradeLens and a payment platform. When a shipment has successfully arrived at a port, this could initiate automatically a payment. The problem arises when you have to reconcile these two actions when they use different data standards. Hyperledger Cactus is trying to address those challenges but you still have to map out the data appropriately between those two systems.

Chris likes the work that is being done by the InterWork Alliance in creating a token taxonomy framework. From a token perspective it helps to normalise and establish a standard base to describe a token so that they can be understood, independent of which blockchain they reside on.

How can open source address the blockchain challenges of data standards and governance?

Chris believes that blockchain industry initiatives as those done by Walmart with Food Trust in the food industry or TradeLens in the supply chain industry should be created using the same model of open governance.

You could have a governance model based on the open source principles to manage the evolution of smart contracts, interfaces and how they integrate back to that particular industries back end systems.

The real problem of blockchain is how do I create a consortium? How do I get to that critical mass? By having an open perspective and allowing others to join, to come and contribute in a transparent and open manner you are removing the barriers of a competitive nature between the players. Then if you don’t have a single point of control over the network you can start having a discussion in the industry at large about what standard do we want to establish and what standards do we want to use in our network.

Where would Chris would like to see the open source movement go for blockchain?

Chris would like to see much more collaboration between every one. More collaboration in the same manner as the Token Taxonomy Framework by the InterWork Alliance to standardise tokens. We can start standardising how you submit a transaction? If we standardise and commoditize some of the aspects that are critical to integration with other layers then you can focus on the differentiation of what’s inside the “Black box’ in terms of how does the consensus work within the blockchain and how the interactions work.