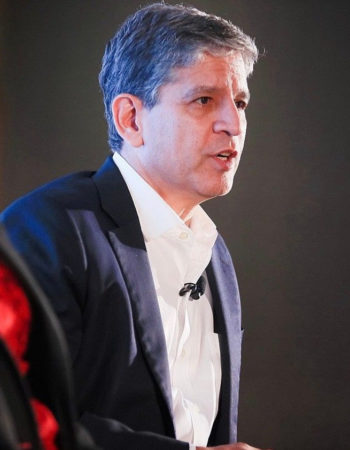 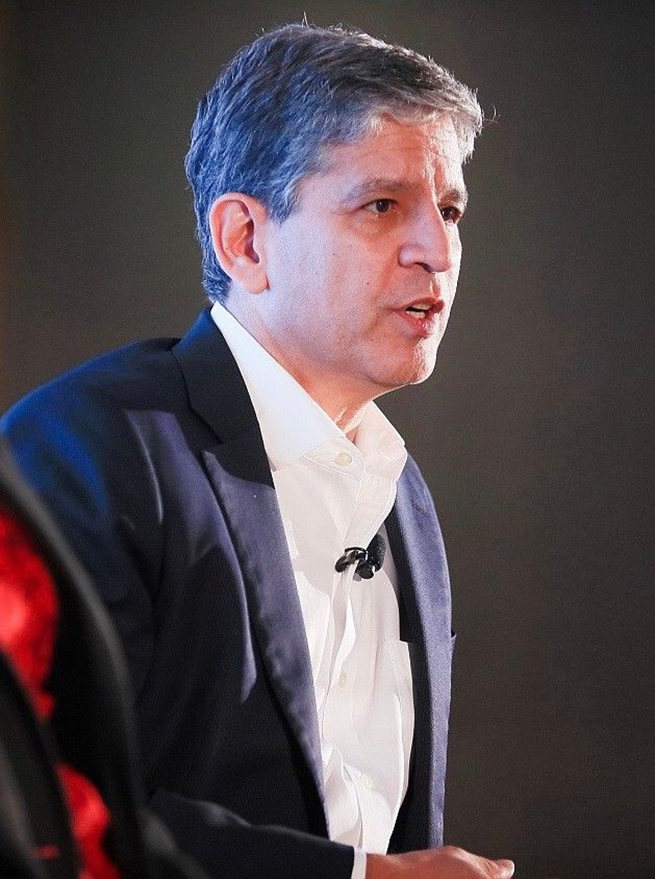 Carl Wegner is the CEO of Contour, a blockchain-based open industry platform to create, exchange, approve, and issue Letters of Credit on Corda, R3’s blockchain platform. In this podcast, Carl talks through the challenges the trade finance industry faces in terms of digitisation since 2005 and how blockchain can represent an opportunity to reach that objective.

Carl has been working in the Fintech space for the last 30 years in Asia. Twenty years in large banks such as Bank of Boston, Standard Chartered and Deutsche Bank on transaction banking, trade finance and cash management. Ten years in tech working at GT Nexus, at R3 setting up their Asian operations and now at Contour.

To define what is blockchain, Carl prefers to take it down a notch and instead define what is distributed ledger technology (DLT). DLT is an opportunity for enterprises to manage their own data within their own database instead of via a central database. DLT participants own their data and have a protocol to share it. In comparison to blockchain where data is broadcast to everyone with a method of consensus, R3’s Corda, which Contour is built on, allows everyone to have their own database with a protocol to share their data in a selected manner.

International trade and the trust deficit 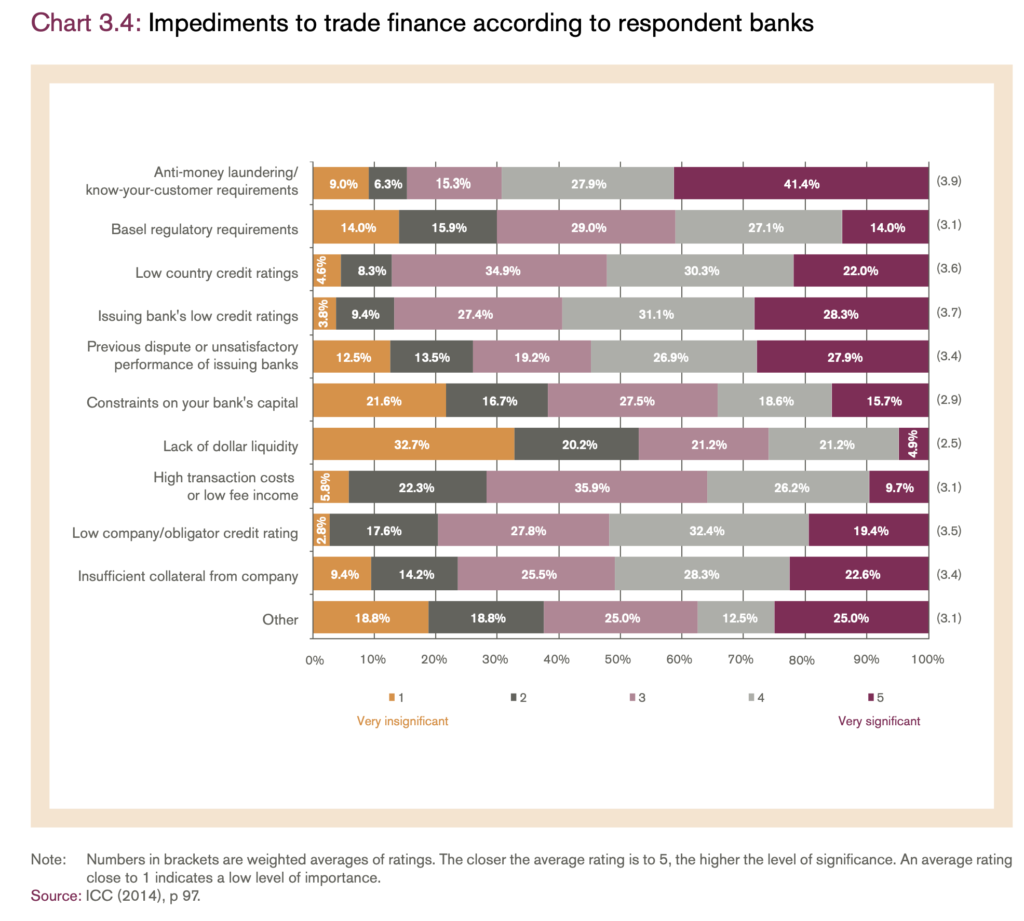 In international trade you have a trust deficit between buyers and sellers in far off countries. With the internet that trust deficit has been somewhat reduced. Prior to the internet buyers had to put money down for a shipment that may turn up three months later without necessarily knowing who the seller is.

Organisations like ADB and other development banks will step in and provide some support either directly with guarantees, with training to help SMEs on how to present themselves to banks and other actions. Fundamentally though, the challenge is around data. SMEs being able to provide the right data and bank’s understanding on how to use the data outside of just the traditional model. COVID-19 has created a “digital transformation opportunity for banks to use data in different ways to be more efficient with it and offer credit to a wider range of customers.

The state of digitisation in the trade finance industry

In 2005, Carl Wegner participated at the APEC Paperless Trading Initiative where he produced a set of slides “Successes and Best Practices of Financial Supply Chain Automation in Asia. 2005 APEC Symposium on the Assessment and Benchmark of Paperless Trading, Beijing”. At that time, it was hoped that in 2 – 3 years all the APEC (Asia-Pacific Economic Cooperation) countries would digitise all of their documentation. The deadline for achieving that objective kept being increased until it was ultimately dropped.

The idea of digitalization of trade isn’t new. How you set standards is one challenge. For example, the ten countries of ASEAN (Association of Southeast Asian Countries) couldn’t agree on a set of standards that worked for all the countries. Each country didn’t want to give up on their own personal set of standards.

When a bank lends money to a small factory owner they don’t know whether he will buy a sports car or the raw materials for the order. If he buys the raw materials the risk has to go down. If he has produced half of the goods the risk has to go down. If all the goods are produced and sitting in a sealed container outside the port the bank views that risk as the same as when the money was given to him to buy his raw materials. All these data points are key milestones that banks can access to determine the credit risk. The challenge is that banks don’t always know how to deal with this extra information. They have been making a lot of progress but there’s still a long way to go.

The arrival of blockchain / DLT has now given the objective of the digitalization of trade a real chance for it to happen. 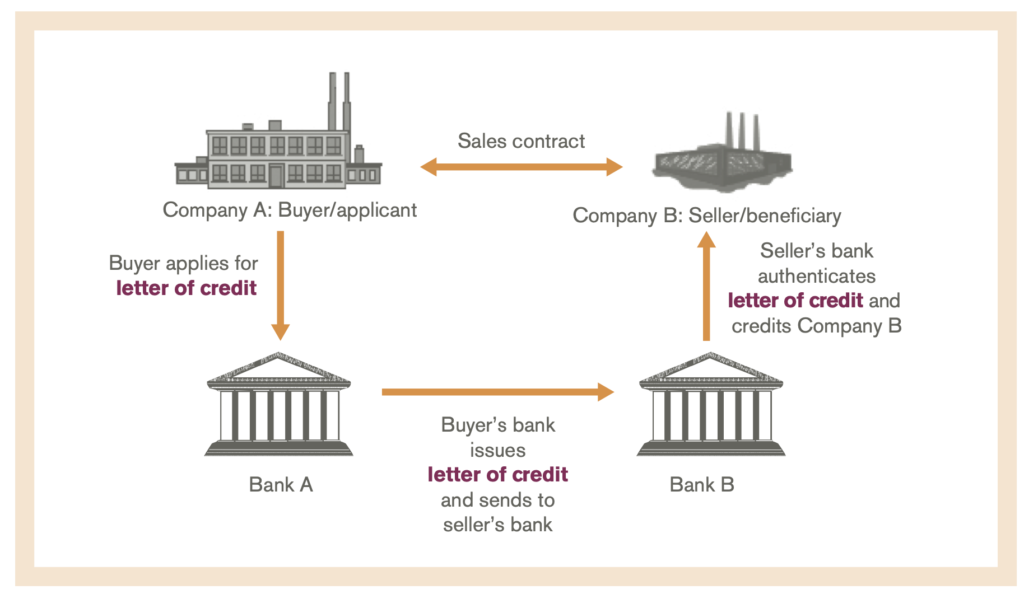 Letters of credit are managed the same way they have been managed for the last hundreds of years. In the late 80s about 80% of global trade in trade finance was on letters of credit. Now it’s around 15%. Letters of credit manage the trust deficit between buyer and seller by having two banks in the middle acting as intermediaries.

It provides a guarantee of payment for the seller for him to ship his goods. It provides the buyer confidence to pay for the goods, before he sees them, because paperwork has been checked to make sure it is what he wants. That worked well when ships took three months to get to their destination. Now with airfreight and 7 – 10 days ship journeys goods are arriving to port prior to the documentation arriving, meaning the goods can’t be unloaded. Letters of credit have provided a great service but being paper based it has been a challenge for them to keep up in modern times.

Almost three years ago eight banks came to R3 with the aim to investigate if putting letters of credit on a distributed ledger, like Corda, would create efficiencies.

Today there are three silos of information that don’t really connect between each other:

Contour’s first offering is to put the four players: the buyer, the buyer’s bank, the seller and the seller’s bank all on one platform. There’s no paper, it’s all digital. There’s transparency between the flows of information which speeds up transaction as it saves phone calls, chasing and lack of knowledge. For example, amendments to shipments would traditionally take seven to ten days to resolve, with Contour it would take a handful of hours.

Contour aims to be agnostic about data formats. Contour accepts data in the following manner:

Whilst Contour was built on R3’s Corda they work with partners that are built on Hyperledger Fabric, Ethereum, Quorum or non-blockchain ones too.

As to whether or not the solution could have been built without a distributed ledger, Carl believes that banks are less likely to having their data stored in a central database and even less nowadays with the present geographic and geopolitical concerns. Distributed ledgers enable banks to share the information they wish to share without having a central identity controlling it.

Contour was previously known as Voltron before they rebranded.

In the early days, Contour was effectively a project led by the banks. Every six weeks they would assemble and decide what they were going to build next and voted on what features and functions to build.

In 2019, Contour’s original founding 8 banks ran a 6-week trial of its letter of credit DLT solution with more than 50 banks and corporates within 22 countries. One of the key successes of this trial is that they managed to bring down the process for letter of credit from 5 – 10 days to under 24 hours. This trial was a key milestone for the founding eight banks as it not only demonstrated the value the platform could generate but the interest expressed by other banks and corporates. The question on their minds was “what do we do next?” and “where do we take this company to the next level?”

HSBC, Standard Chartered, Citibank, ING, BNP Parisbas, some regional banks, SEB, China Trust and Bangkok Bank invested in Contour. With such banks as investors a certain level of governance is expected. Carl states that from the very beginning the banks to a very collaborative approach to working together.

They are actively participating in signing other banks onto Contour. They want other banks to join because they know the value of the network grows as more banks join in bringing in their customers to the platform. Contour has doubled the number of banks from 8 to 16.

The Contour board is composed of credit professionals that have 20-30 years’ experience and know the product better than most people. It also includes individuals with startup experience with investment experience, board members from the bank and some independent directors.

Since the beginning of 2020 they have been building on the infrastructure to be able to onboard customers at scale. The aim is to hit production by the end of September 2020 and to be qualified by banks as a certified vendor.