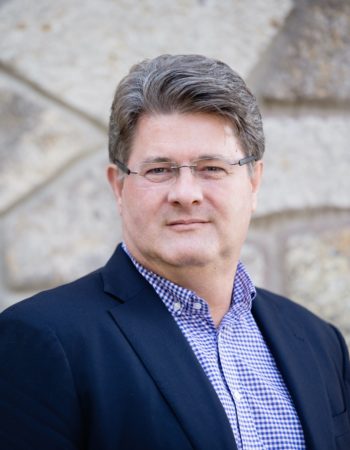 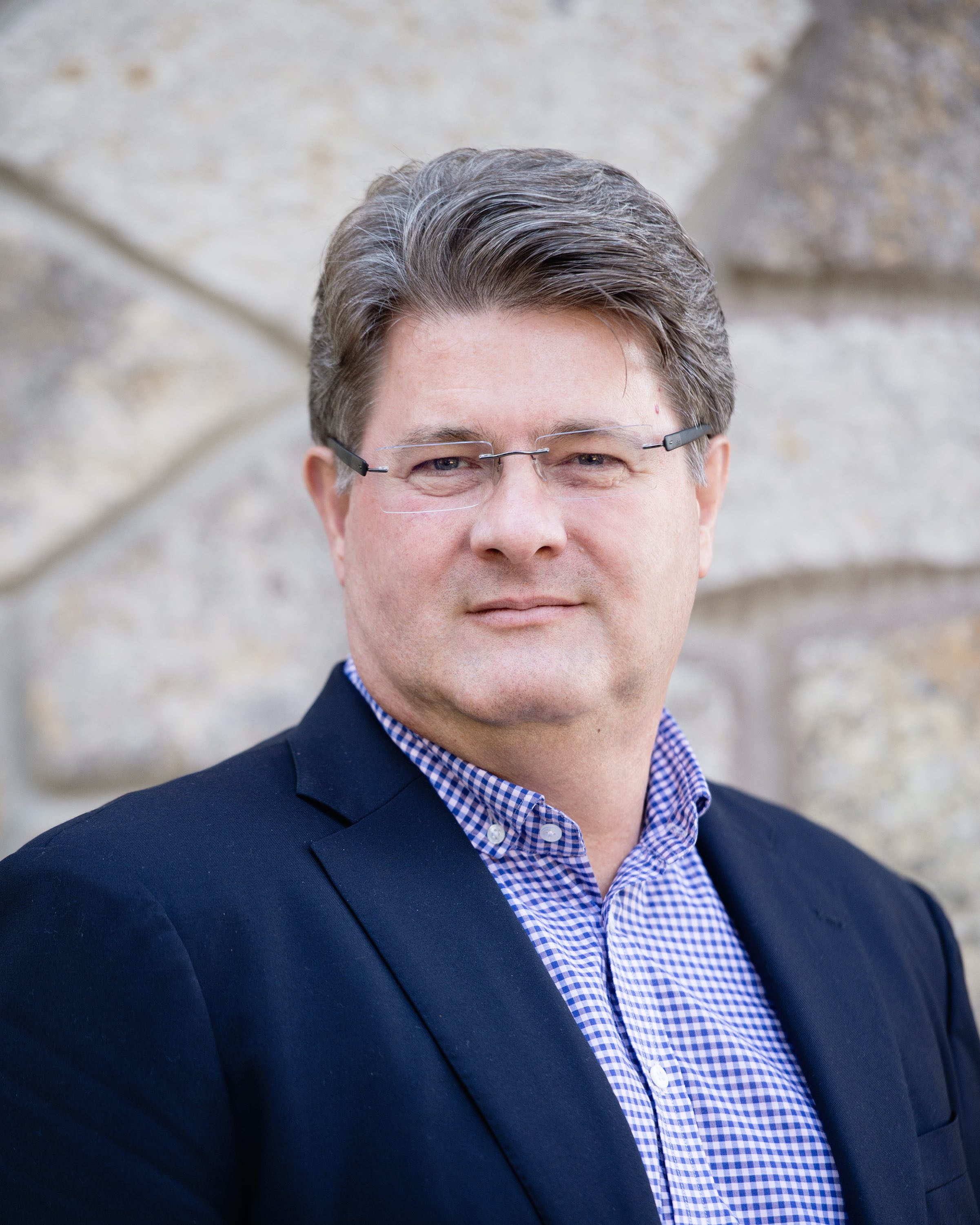 Rob, looks at blockchain from a distributed ledger technology (DLT) standpoint because their interest is in peer to peer permissioned transactions.

Rob, explains how there are different types of blockchain from the broadcast model, also known as public blockchain, such as Bitcoin, to the peer to peer model like Corda. A blockchain that has financial transactions, needs a peer to peer network that is highly permissione where only the participants to the transaction have visibility over it.

For Rob, blockchain is a platform that facilitates the sharing of data between different legal entities that are permissioned to have visibility over a transaction.

TradeIX / Marco Polo also use the same technology to run stateless calls. A stateless call is where you’re using the communication protocols of blockchain to call something or to request something that doesn’t need to be written onto the blockchain. By doing this you avoid the use of APIs between the various legal entities, companies and customers. APIs are used to connect into large corporates’ back end systems, ERP systems or underwriting ones to name a few.

When you look at the financing part of trade it is about interactions between corporate entities and their bank. This could be as simple as a payment. Whatever the interaction it happens via silos that need to talk to each other. Most of the time this communication happens via emails with PDFs, via API calls or sometimes it requires the entity to join a particular business network to get access to the data within a silo. If they do join a business network the power is usually centralised, owned by a third party and more importantly you get into issues of data residency.

Blockchain / DLT provides the opportunity for everybody to control and manage their own data within their desired jurisdiction and shared with the counterparties that they are doing business with globally. This enables the breaking down of silos as parties start to communicate and transact between each other across the DLT, whilst providing all the permissioned ones with access to this single version of the truth in an immutable manner.

Having access to this single version of the truth enables all parties to avoid the unnecessary cost of data reconciliation and verification. For Rob, blockchain / DLT at its core affords the ability to take risk and cost out of everyday processes that are done today.

TradeIX started out its journey by being super focused on the actual financial transaction within trade. As they started working with banks, insurers and corporates their journey evolved into solving problems of communication between businesses, financial institutions, and the various ecosystem participants. For example, it enables corporates to exchange purchase orders and invoices between themselves without having to go through a centralised business network, use paper, or email.

Rob had been involved in trade and trade finance technology for a number of years. He had been looking at a few technologies that were starting to converge which could make a huge difference in the way in which businesses transact and do business globally. Those three technologies were blockchain, cloud and artificial intelligence (AI) / Machine Learning (ML).

Rob felt that if you could bring these three technologies together in a way that created and broke down the silos and created efficiencies in communicating information and documents in a digital way across the globe you could really transform the way in which trade is done.

From a blockchain perspective, TradeIX was experimenting with Hyperledger Fabric before they decided to pivot to R3’s Corda, because they didn’t think it was going to scale to a level they needed for peer to peer transactions in a permissioned and private manner. At that moment they were invited to R3’s offices to meet a number of banks to discuss what they had envisaged for trade and trade finance. Six months from that initial meeting they renamed the project Marco Polo and took off from there.

Today Marco Polo, is a group of corporates and bank who got together to create an environment where exchanging information, specifically to trade and trade finance, is easier, simpler and faster. The initiative wasn’t started from a technology point of view but from a problem point of view. Examples of problems they were trying to solve is the amount of time it took for paper based information to be distributed to a number of parties so that they can agree on the transaction and paying it out. Having all that information digitally available allows each party to auto reconcile based on immutable contracts that are pre-agreed prior to the transaction taking place. This is a much faster and more efficient manner than a paper based one.

Being able to integrate the TradeIX platfrom with every single entity is critical. Integration with ERP systems from Oracle and SAP amongst others is critical.

You can listen to a webinar of Rob Barnes of TradeIX along with Rik De Deyn from Oracle regarding Trade Finance App Within ERP Environment:

At the moment TradeIX is working with SAP to build generic connectors that will facilitate integration.

Rob believes that they need to be in a position to provide a very rich API set that allows all participants of the Marco Polo network to integrate into and out of their platform. This gives companies the ability to give out a lens into their ERP by using a very safe and secure channel for their supplier, bank or financial institution to get a permissioned real time visibility into the required applications such as cash positions.

Positioning of Marco Polo within trade finance vs We.Trade and Contour

Carl Wegner, CEO of Contour, recently featured on Insureblocks for an episode entitled “Blockchain & Digitising Trade Finance – Insights from Contour”. As Contour specialises in the digitisation of letters of credit, Rob believes that their respective solutions are quite complimentary especially as they both sit on Corda.

We.Trade is a trade finance blockchain application that focuses on the middle markets with a high focus on European markets. Whilst there are some level of competition with We.Trade, Rob believes there is enough space in this market for the both of them and for a few more players. Eventually though Rob argues that all the players in this space should be in a position where they can interoperate between themselves. 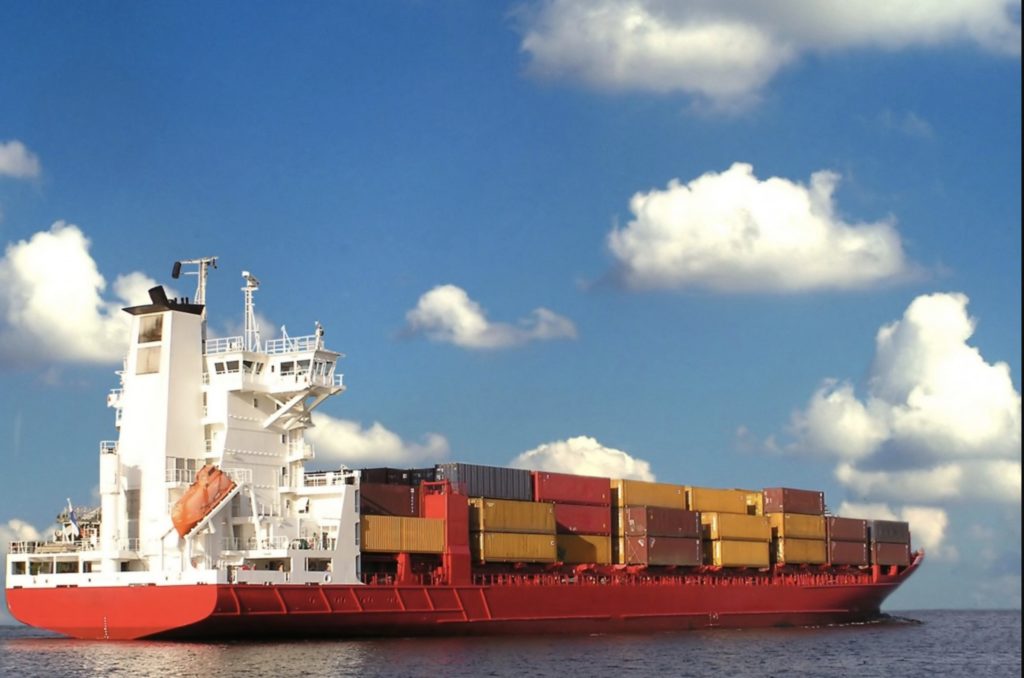 In December 2019, financial institutions and corporates from more than 25 countries, spanning across five continents, participated in the largest blockchain open account trade finance trial over a seven week period, involving over 340 participants from multiple sectors including financial services, IT and telecoms, logistics, maritime, real estate, hospitality and some of the biggest players in the automotive industry.

With its key focus in increasing efficiencies in trade finance, the Receivables Financing solution available on the Marco Polo Platform and the Corda Network is an integrated solution built to overcome critical trade finance challenges including lack of connectivity, inefficient processes and high onboarding costs.

This trial was a significant milestone because they were right in the middle of re-platforming and one of the biggest learnings was the need to build a network management system (NMS) underneath the network itself so that could provision platforms and applications within seconds and monitor the health of every single platform no matter where they were and provide update and upgrades where required.

Another major learning was the need to make sure that transaction velocity could be increased to cater for some very large players. This required optimisation of the platform and applications that are running on the cloud to ensure they could produce and transact more when required.

Governance of the Marco Polo Network

Marco Polo has three pillars: order to cash, purchase to pay and risk mitigation. Banks which operate in the Marco Polo Network are involved in most of those pillars, some in one and some in all. This created a challenge in terms of creating a consensus across the rule books that were acquired, such as how actors would be governed, how would consensus be established for new members joining and many others. The objective of the governance is to be open and transparent to expose everything to get the trust that is required.

At the moment TradeIX is the business network operator of Marco Polo with its governance board. Eventually they are looking to migrate this to a new independent organisation.

The way that Marco Polo controls the states is by making them as flexible as possible. Certain elements of a states are mandatory but others can be expanded depending on the requirements of the different counterparties. For example, an invoice is not an invoice on a state. What they have is an asset state which has a class attached to it and that class could be defined as an invoice for something or a purchase order.

Rob and his team work with the International Chamber of Commerce to try and create standards around states and data sets.

Marco Polo as the App Store of Trade

In a recent interview with Soldo Magazine, Rob discussed Marco Polo as the App Store of Trade. TradeIX isn’t developing all of the apps on their network. They now have three to four partners who are building applications that run on the Marco Polo Network. This ranges from insurance to ERP adaptors, trade dock, on and off ramps onto the network.

TradeIX sees a future where most of the apps on the Marco Polo Network will be built by third parties. TradeIX responsibility will be to ensure that what is on the network is compliant, a good actor and providing value.

First point to recognise is that COVID19 is a catalyst for digitization.

Second point is to provide greater. Having a network that’s digital and inclusive for everybody will provider great access to financing capital to run businesses, no matter where they are right down to a single person entity, sitting somewhere in Bangladesh.

Rob is very positive with what they can do by using cloud and DLT, blockchain technology to actually make that a reality.