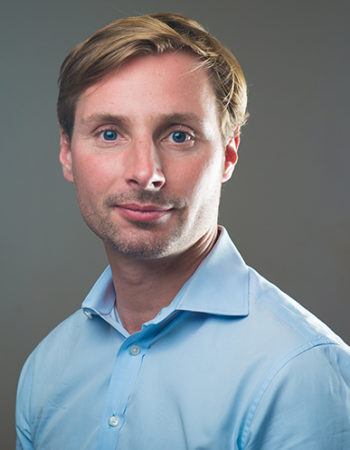 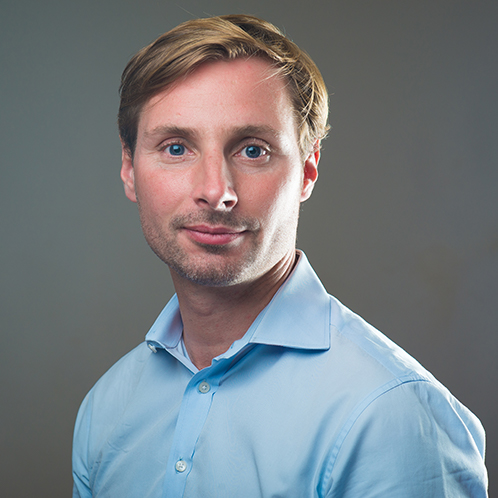 There are two forms of blockchains. Public and private blockchains, which really is a determinant on how the users of a blockchain are permitted to collaborate on that blockchain itself.

Kadena is a blockchain organisation whose mission is to be the first blockchain there’s actually ready for business.

Will Martino and Stuart Popejoy are the co-founders of Kadena. Will Martino played a pivotal role in the setup of the securities exchange commissionthat started to oversee aspects of blockchain and then he went to work at JP Morgan Labs. Within that role Will and Stuart interviewed a whole range of stakeholders in 2014 and came to the conclusion that blockchain technology wasn’t ready for prime time utilisation by JP Morgan or any tier one financial institution in terms of speed, security, and scalability.

Will and Stuart used the results of their investigation to build a reference blockchain which ultimately laid the foundations for Quorumand for the launch of the JP Morgan Coina few years later. Will and Stuart left JP Morgan with the open source reference permissioned based blockchain to start Kadena. Now they’re getting ready to launch the public version of this blockchain on the 30thof October thus giving them these two platforms, a public blockchain and a private blockchain, which speak the same language around their smart contract language.

Differences between public and private blockchain

What fundamentally differentiates a public and a private blockchain is around who has access to the blockchain and the actions they are allowed to perform. A public blockchain, like Bitcoin, is available to everyone and a new user is able participate in the consensus purely by downloading a wallet and submitting a transaction. As the users are anonymous there are very low levels of trust. The way public blockchains enable transactions to complete without any of that trust, is through mathematics. Its consensus capability is a an incentive model, that de-incentivizes unruly actors by making it very expensive to subvert the blockchain.

In the case of Bitcoin you have proof of work which requires the need to solve a computationally intense mathematical problem, that would cost a lot of money to complete.

Now, as each block is added in compounds the difficulty. So while it may be a little difficult to subvert the most recent block, to subvert one that is 10 blocks behind, you not only have to subvert that block, you have to rewrite history for all the corresponding blocks that come afterwards, which means that they are linked together using this mathematical equation, which is very time and resource intensive. And that becomes incrementally harder over time.

The challenge with that, in particular, for tier one financial services clients, is they have some concerns that number one, this is computationally very intense, and therefore expensive. And then secondly, because it is a fully anonymous network, they cannot guarantee that those participating in the network are doing so for nefarious purposes, you can’t guarantee that you’re not transacting with North Korea or a sanctioned country because there is a level of anonymity, you cannot confirm nor deny that, you have added transactions of a chain, which may be to ransomware.

Private blockchain / permission blockchain is born out of the idea that you have greatest sense of trust in the network. As you have that greater amount of trust, you don’t necessarily need this very intensive computation mechanism that incentivizes good behaviour over bad.  You still have a consensus mechanism. Depending on the model, you can have an organisation that is leading that consensus for a period of time, and then gets re-elected. But effectively, it uses a kind of a system called Byzantine fault tolerance. What that allows is the network to achieve consensus, but in a way that’s very fault tolerant, that ensures that everyone remains in consensus, and has exactly the same information.

One of the challenges you get with these permissions networks, is that you tend to need to have a whole consortium built around a permission network. This creates challenging questions around consortium dynamics, particularly in financial services, where there are aspects of anti-trust which need to be answered.

In a permissioned network you have a degree of centralisation for allowing people in and out of the network and a mechanism for forcing good and bad behaviours in terms of whether these participants are providing the services that they are meant to be providing.

In addition, you need to agree on data standards, smart contracts and all kind of other standards. The point to be made here is that there are a number of governance issues that need to be resolved before actually stepping forward.

Hybrid blockchains are here to resolve the two design constraints and benefits of a public and permissioned blockchain.

What the hybrid blockchain does is take parts of those advantages and puts them together. Data can be added either onta a permissioned blockchain or a public blockchain and then use

each of those aspects to advantage. So, for example, you could store very confidential information that you want to transact across a few entities with an NDA in place. But then you may actually want to represent that a trade has been taken place for the purposes of transparency on a public blockchain, where you’ve stripped out a lot of that data in itself.

Kadena has developed a smart contract language that enables its users to seamlessly move between public and permissioned blockchains instantaneously without understanding the underlying technology.

Use of hybrid blockchains

Kadena has recently been working with a very large health insurer in the United States. The challenge that health insurer, has along with others in the industry, is around provider directory information.

This is data, which all insurance companies that are client facing need to provide about the providers in their network, and even out of their network. These are doctors, surgeons, physicians, hospitals, specialists, etc. This information about who they are, where their practice is, their contact details, where they take insurance, and things of that kind of nature.

That is a lot of data that needs to be updated very regularly. A recent review by CMS, Centers for Medicare and Medical Services, found that a quarter of all healthcare databases had errors in them. That led the CMS to start imposing a fine on insurance providers that did not keep their data up to date.

About $2 billion is spent just updating and managing provider data in the industry in the US alone. 75% of that effort and costs, is duplicative, in other words can be removed from the sector as a whole.

What the industry’s been struggling with some time is to find a solution that can allow these organisations to collaborate on these records, without the need to create a central entity to manage all of this data. Blockchain here provides a perfect opportunity, because you can have effectively what is a data market of data where you can share providers data.

A blockchain with a public and a private element does provides, an interesting way of solving this problem, because you can have, the existence of purchase of data records, through some public chain, but then keep some of that representation, in a more permissioned and private way.

Whilst the permissions side of the blockchain is for underwriters to share underwriting data between themselves such as historic losses, fraud and other sensitive information. You can then start layering this further with capital markets.

Parametric insurance product is effectively a bond as a payout based on certain conditions which can be modelled. You can draw models of how the environment has been affected over a number of years, then forecast back out and hedge etc. So suddenly, you now have a market place in the back end, where you can actually aggregate and distribute the securitized product, around a range of buyers are sell side etc. Now, that is a market that you absolutely need to have on a permission blockchain because it is highly commercially sensitive.

Is Facebook’s Lybra a hybrid blockchain?

Libra is a Facebook backed initiative, which is a collection of institutions, predominately payment institutions, as well as social media institutions that are providing a rail, which will enable payments to flow between different parties with certain service. According to Ben, if you really study the Libra white papers, they actually have an ambition that’s far wider than a permission blockchain, they actually see that the rail will be to be used across many different systems all over the world to be tradable on an exchange and a cryptocurrency exchange, use as a mechanism for exchange, but beyond their ecosystem.

The key question that Libra will have is, how do we both have the benefits of this permissions, closed network, and still have this distribution network, where we can actually distribute our product across the world. Libra will have to have this twin track capability where you can move between public and private, in a seamless kind of way.