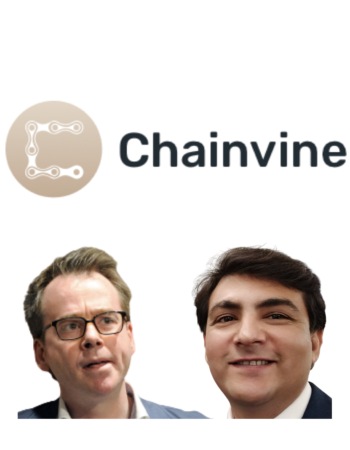 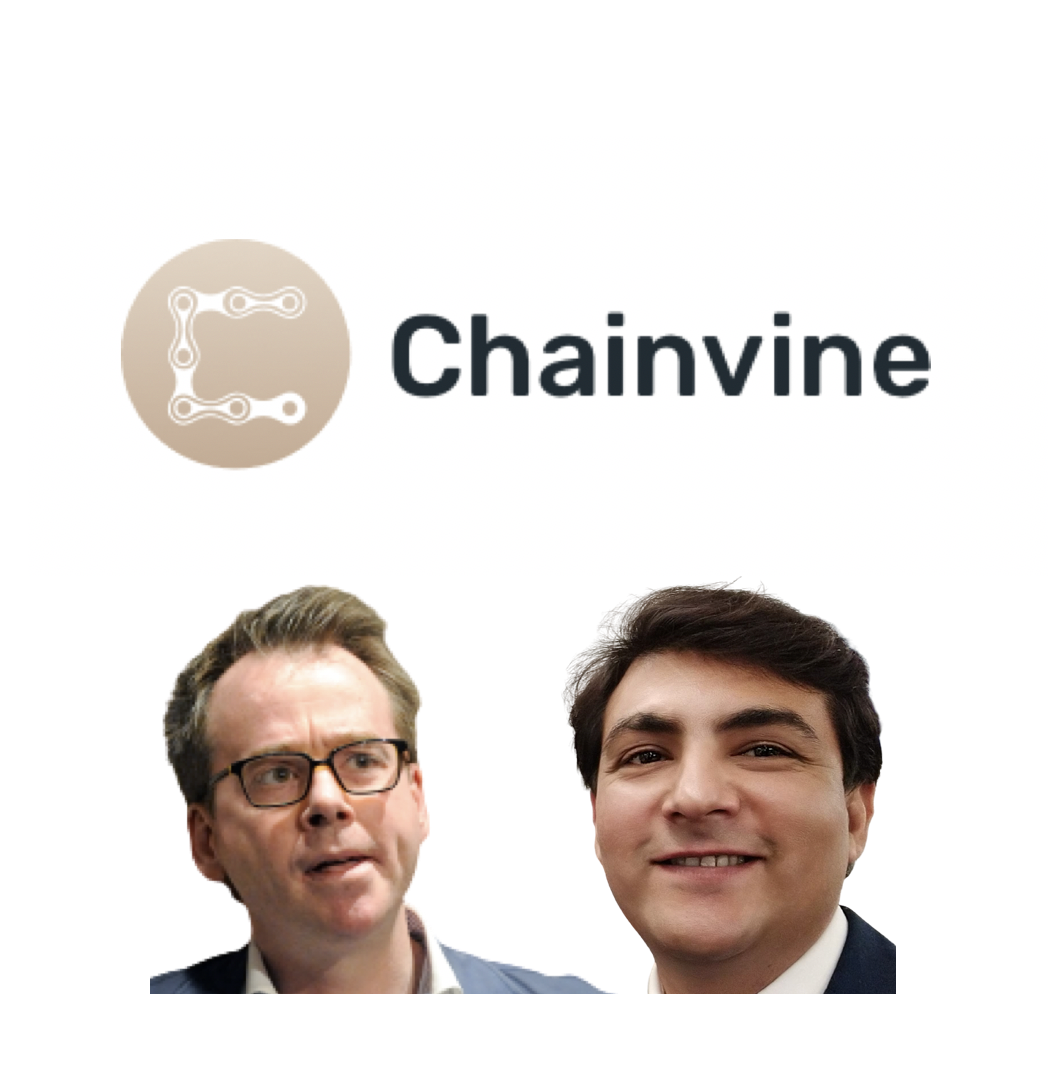 Oliver Oram – CEO & co-founder of Chainvine & Dr. Rajiv Mathur – CTO and co-founder of Chainvine walk us through a use case they worked on with HMRC and a number of other participants to reducing friction in international trade. We also discussed in some detail the key challenges around consortiums, IP and openness. A must listen for blockchain initiatives debating through those various points.

Oliver answers this question by explaining why from a business perspective Chainvine uses blockchain as an engine for its platform whose fundamental principles were to have solid identity, self-sovereign data and security.

The name Chainvine is derived from blockchain and vines. The background of Chainvine is in enterprise and supply chain whose original focus was on fine wine. However, since then they have worked with many other commodities from steel to fair trade coffee.

The challenge of paper in supply chains

On 15th September Lord Holmes publishes a new report, “Reducing Friction in International Trade” (RFIT).  Oliver, resumed the challenges of supply chain to one word, “paper”. As part of the research into the writing of the report, it was identified that 80% of the cost of importing grapes in the UK is down to paperwork. The COVID crisis has demonstrated that that the physical way of doing things in trade, in the usage of paper is actually a critical failure in our supply chains.

For Oliver, it is imperative for the UK, to adopt new technologies whether it is blockchain, DLT, AI or machine learning, to become resilient and sustainable to trade internationally. 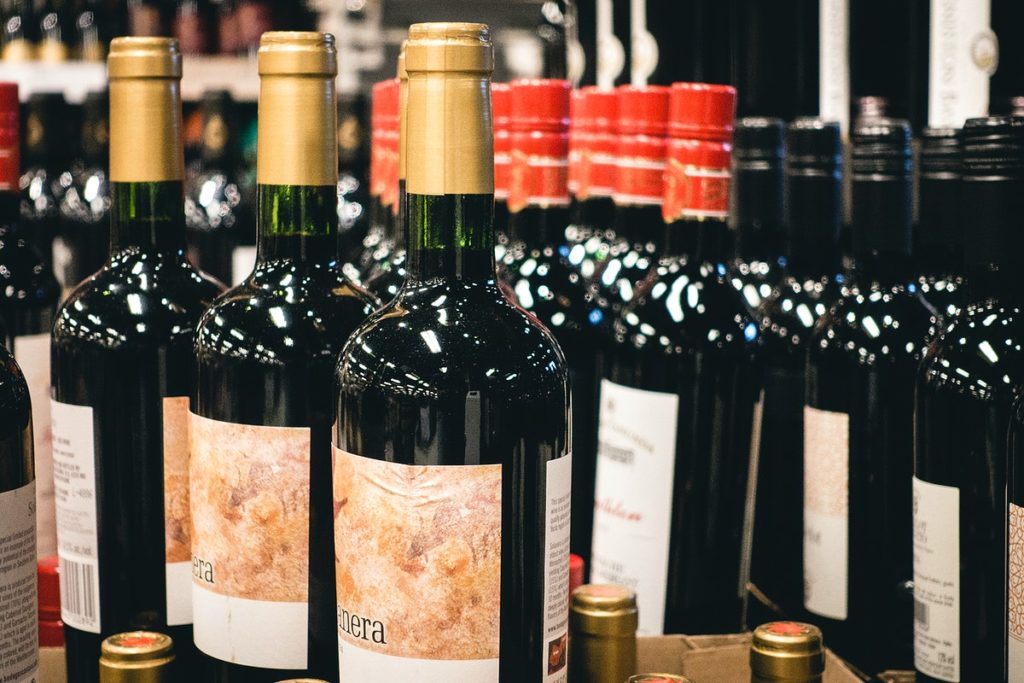 Chainvine was invited to participate at an event organised by HMRC, where Oliver and Rajiv presented the tale of the ‘intelligent wine” that had travelled with them across Europe gathering intelligence through different data mechanisms, such as distributed ledger, the Chainvine platform, and internet of things (IoT) devices.

This story essentially showed to the HMRC attendees that Chainvine is able to demonstrate where a good is as it moves across borders, how much it’s worth, what condition it is in and with whom that good is. This wasn’t about talking about blockchain this or blockchain that, but about how it was being used in this particular use case.

For Oliver this isn’t about tearing down regulations or standards, it’s about making them easier to comply with, and making it easier for government to absorb that information and ensure that compliance and regulations are being met. It isn’t either about tearing down standards but ensuring that they are better met with this type of technology than it would ever be with any sort of paper system that is being used at the moment. The technology brings a higher level of resiliency and sustainability.

Managing the challenges of consortiums, IP and openness

Post conversation with HMRC which had expressed an interest in Chainvine’s solution, Oliver and his team were introduce to the Wine and Spirits Trade Association  (WSTA) who expressed an interest in their solution. This was partially due to the challenge that WSTA is facing with VI-1 documentation requirements from the British Government. The WSTA estimates that full VI-1s for EU wines would mean 600,000 additional forms at a cost of £70m in additional processing.

There was a strong desire by the WSTA and its wine importers and exporters to experiment and innovate in the hope of reducing the burden of paper compliance.

Mike Brookbanks from Exeter and Surrey University played the role of Programme lead to ensure that all participants played their role within this good will project. During Insureblock’s podcast with Nadia Hewett, from the World Economic Forum, she indicated the importance of having an impartial party within a consortium such as a university or a regulator to facilitate conversations and agreements within a consortium.

Mike ensured everyone remained aligned on the shared mission which was the removal of paper.

The project was very much initiated as a goodwill project where Chainvine provided the funding to the project, as Chainvine’s investors saw this as a long play and saw the importance of bringing in players and knowledge together onto the platform.

The Chainvine platform isn’t an open source platform it is a proprietary one that Chainvine has developed. However, it is an open platform in the sense that they do not control who joins it. Any wine importer can join the platform, to create products on the platform and to be able to trade on it.

Equally any other blockchain and technology company can also come and plug themselves onto the Chainvine platform. The platform is designed in a manner where all participants on the platform are managing and keeping ownership of their data in a sovereign way.

Chainvine charges a fee for issuing the compliance, for the work with HMRC and with the FSA. That fee is significantly less than what wine importers, exporters and producers already pay today in terms of paperwork, agent services and time. The Chainvine platform will automate a lot of these paper and manual processes.

As an example, Ranjiv quotes the courier cost of the VI-1 form for a mid-tier wine importer to the UK is about £50 – £60k per annum. The Chainvine platform essentially removes that cost.

The platform that Chainvine is building will allow for other solution providers such as IoT providers, legal service providers and others to monetize on the platform. Chainvine, or the platform operator, gets a fee, similar to a commission model.

As stated earlier on, Chainvine is blockchain or DLT agnostic. For this platform there are using a number of blockchain technologies such as Corda for contract negotiation and contract signing between participants. What this means is that an importer and exporter can agree the contractual side of things such as purchase orders and other matters onto Corda.

For the supply chain side of the platform they use Hyperledger Sawtooth as its blockchain technology is very focused on supply chain type use cases.

To ensure that the platform is open to all other technologies they have built a number of adapters for Hyperledger Fabric, Ethereum and others. Those adapters are used for exchanging information with other blockchain ecosystems.

As the platform works with a number of IoT sensors they have built an IoT gateway which can integrate with any IoT device provider thus allowing the interchange of information between the platform and devices and vice versa.

At the beginning of the journey Chainvine created its own data standards based on what they learned from the data requirements for compliance with HMRC, the Food Standards Agency and other key members.

Moving from “as is” process to the future

The first and present version of the platform complies to the “as is” process of international trade. The platform is integrated within the HMRC systems where it sends compliance data into HRMC and HRMC sends back data regarding payable taxes to which the participants can pay. The platform has all the capability to process a transaction in the “as is” way therefore nobody has to change. The only change is that some participants will benefit from the documents being in an electronic form which therefore reduces the overall cost of the transaction.

In the future, Chainvine anticipates that HMRC is going to say that with the UK leaving the European Union they will have to handle a lot more declarations onto their system that they can handle. One way of handling this increase in volume is using the platform in addition of smart contracts to automate processes, have an audit trail and thus the platform will become a utility trade platform which is what HMRC calls it. 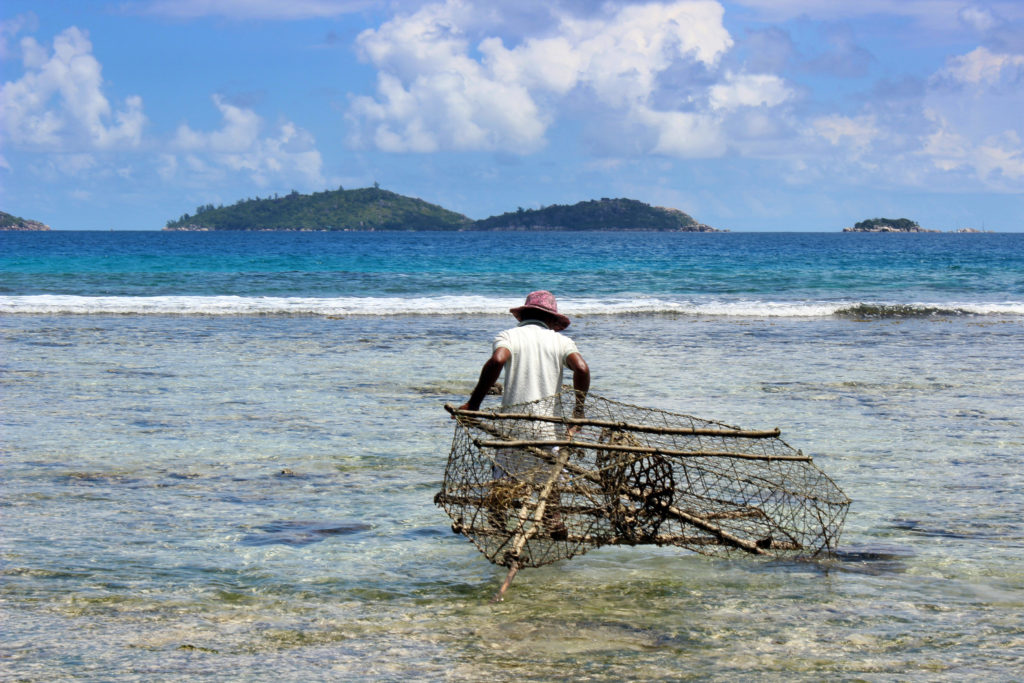 Chainvine is now working with the Republic of Seychelles to create a Seychelles National Asset Management facility, using a blockchain platform from Chainvine, which in the first instance will help the Seychelles manage a key asset – fisheries, which is roughly 24% of GDP.

The agreement was signed with the principal secretary for the blue economy which deals with blue bonds. The platform manages exports of fish which is critical as Seychelles has lost 70% of its GDP which came from tourism.

Seychelles has put about 30% of their oceans under protection in order to manage those fish resources for the future and make them more sustainable and resilient. The electronic digital platform will help them manage these resources.

Oliver shared that one of the hardest parts of the project was actually speaking to the different ministries because they liked working with paper. They liked to be able to issue paperwork and know to whom they issue it to. Oliver point out to the ministers that Chainvine’s system is creating self-sovereign data points for each ministry which will give them better management of their data, where it’s going to, and why it is needed.