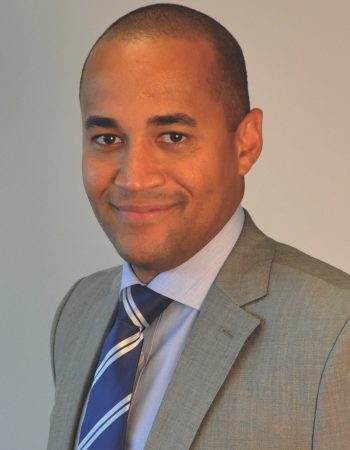 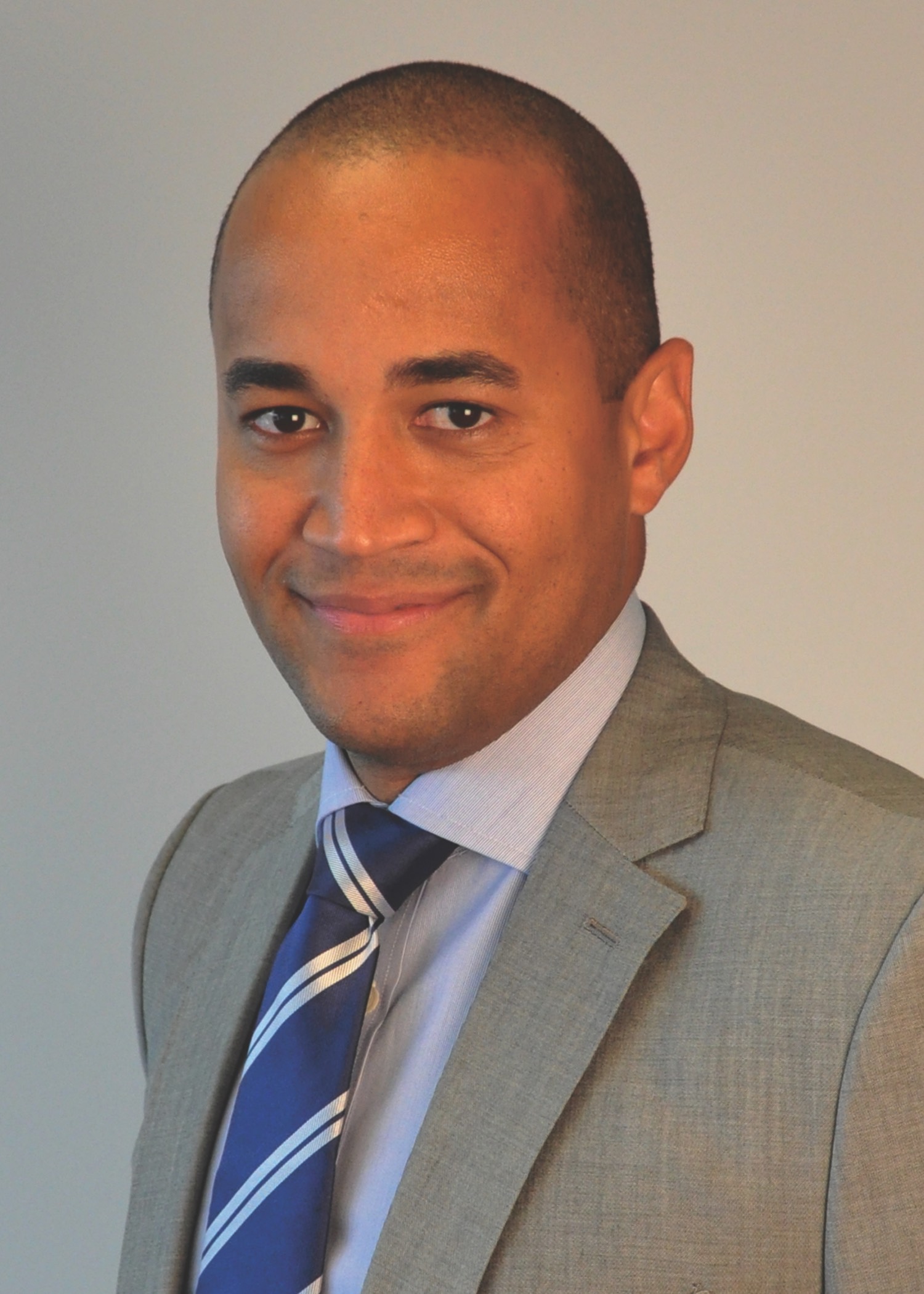 It is widely recognised that there is a growing trust deficit in our societies’ institutions, particularly in insurance. This isn’t confined solely to the question of claims on whether or not an insurance company will pay out or whether the insured is trying to defraud the insurance company. To help guide us through those issues and explain how blockchain can help restore trust we were privileged to have Dante Disparte Founder and CEO of Risk Cooperative, live from Washington DC on our show.

If the internet created a world of low friction communication, blockchain is creating a world of low friction transfer. How it works is by storing and decentralising information on anything from transactions to supply chain interactions. Blockchain is a way of scaling trust without having to have a centralised authority and providing transparency with high levels of confidence in those types of exchanges.

Through a friend and colleague, Dr. Tomicah Tillemann, who runs the Bretton Woods II initiative, Dante was invited to the first ever global blockchain business council event during the annual Berkshire Hathaway shareholders meeting in Omaha. That one meeting led him to become an early mover in the insurance and blockchain community. That evolved into going to Nectar Island for the Third Blockchain Summit, hosted by Sir Richard Branson and BitFury, and most recently to Davos where Dante saw that blockchain was moving out of beta. It is important to recognise the importance of bitcoin and other cryptocurrencies in pushing blockchain out of beta on the world stage, through international corporation between individuals without central institutions.

When you look back at the history of insurance you quickly realise that it hinges on the concept of upmost good faith and mutualisation. The Lloyd’s market works by syndicating risk and syndicating trust. That engine works right now but what blockchain provides us with, is the opportunity to enhance this engine of syndication and trust onto a massively scalable platform. In it you can code in the behaviours, the conduct, the trust and you can remove friction, opacity, asymmetry, and agency issues that weigh down our industry. Because of those reasons Insurance can be the winners of that digital transformation.

What underpins a currency, an insurance policy, or democracy is the expectation, in a binary manner, that if I voted for you it is counted, if a have a dollar bill it has a value, and in the insurance example that if I have a, a million dollar life insurance interest for my beneficiaries it is paid out when I pass away. This is critical because the user isn’t around to use it and there is no way of enforcing that trust in an environment that isn’t transparent where there are huge asymmetries of information.

The trust deficit is one of the biggest market drivers as to why blockchain is coming out of market beta. You see it everywhere, from where it is measured in the Edeleman Trust Barometer which shows a mark decline in trust in public and private institutions. You can see this in our streets and in our ballot boxes in some really profound ways. You can take Starbucks as an example in the US where it was ahead of the curve in its race together campaign and it only took one misstep in one Starbucks shop to shut down 8000 Starbucks across the country.

In the Harvard Business Review, Dante discusses the $7.4 billion in unclaimed life insurance money as a good example of a break down in trust and as an example of an asymmetry issue on information. The buyer and the user of a life insurance policy are two different parties and unless you connect the dots you run the risk of such an outcome of unclaimed life insurance policies. Lloyd’s has an interesting statistic which states that for every 1% increase in insurance adoption you have a 22% decrease in the taxpayer burden of uninsured losses.

Creating more efficient ways of addressing risk transfer, even in mature class such as life insurance, helps drive down that insurance gap. That is how you build a more equitable and resilient society. You got to have the economics in place when bad things happen.

Whilst this makes sense from an insured perspective does it make sense for insurance companies to forfeit sitting on $7.4 billion of interest?

For Dante this represents an opportunity for the first insurance company to be able to offer blockchain technology to its clients. With blockchain technology there will be transparency in connecting the dots to any beneficiary of those life insurance policies. Essentially you are leveraging the trust in the same way that private equity leverages capital or insurance companies leverages risk. Trust is leverageable. And if you have to defend it in a similar way that Mark Zukerberg had to at a congressional hearing or Equifax that comes at a huge drop in market cap ($5 billion drop). That is the cost of a trust deficit. With blockchain, that trust can be leveraged in the opposite direction thanks to its inherent transparency and trust. A good example of this is in 2017, you have a trillion-dollar asset, in the form of cryptocurrencies, that emerged without a central bank, regulator, or central institution.

2017 was a wakeup call for the Insurance industry in economic losses close to $500 billion. From Hurricane Harvey in Houston to Hurricane Irma that destroyed parts of the Caribbean and Florida to Hurricane Maria in Puerto Rico, it really drives home the story board around resilience and finance in covering the last mile and last household.

A good example of the asymmetry and transparency is in Puerto Rico where 60% of FEMA claims are being denied because most of the households cannot provide ownership of their asset being theirs. This was compounded by the fact that the building containing the island’s registry stored on a centralised database was declared a total loss. So even with the availability of capital and because the insurance industry doesn’t trust the customer during a claim process you have to go through a multitude of steps to having a loss adjuster on site, to getting multiple estimations of repairs. This isn’t exclusive to Puerto Rico as even in Houston you have households who 8 months since Harvey still haven’t seen their first dollar from insurance companies.

Insurance is a great form of protection but it is a terrible form of liquidity and when your household and economy has been destroyed, insurers have a special obligation to speed up that claims process and blockchain can play a critical role in this process.

Blockchains innate resilience by design could have protected Equifax from hackers by its decentralised nature by removing a single point of attack. Equally for Puerto Rico’s electric grid, being centralised, represents a single point of failure. What blockchain can now enable is this democratisation and decentralisation of the electric grid or of your personal information. With Blockchain you can remove those global models of centralisation.

Dantes shares many other interesting points in this podcast including playing the part of being the CEO of one of the largest insurance companies in the world and how he’d enable a more trusting relationship with his insureds through blockchain and smart contracts. If you liked the podcast please do review it on iTunes. If you have any comments, suggestions on how we could make it better please don’t hesitate to add a comment below. If you’d like to ask a question to Dante, feel free to add a comment below and will get him over to our site to answer your questions.

Meet Dante at the Blockchain for Insurance Summit

On the 21stof May Dante will be in London at the Blockchain for Insurance Summit. You can attend this event with our 30% discount voucher: 9700INS30

One comment on “Ep.7 – Blockchain vs. the Insurance Trust Deficit”