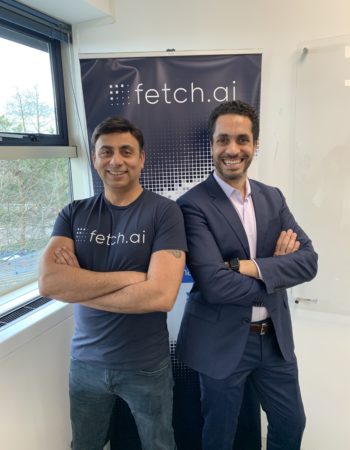 Ep. 102 – Rise of the autonomous economic agents – insights from Fetch.ai 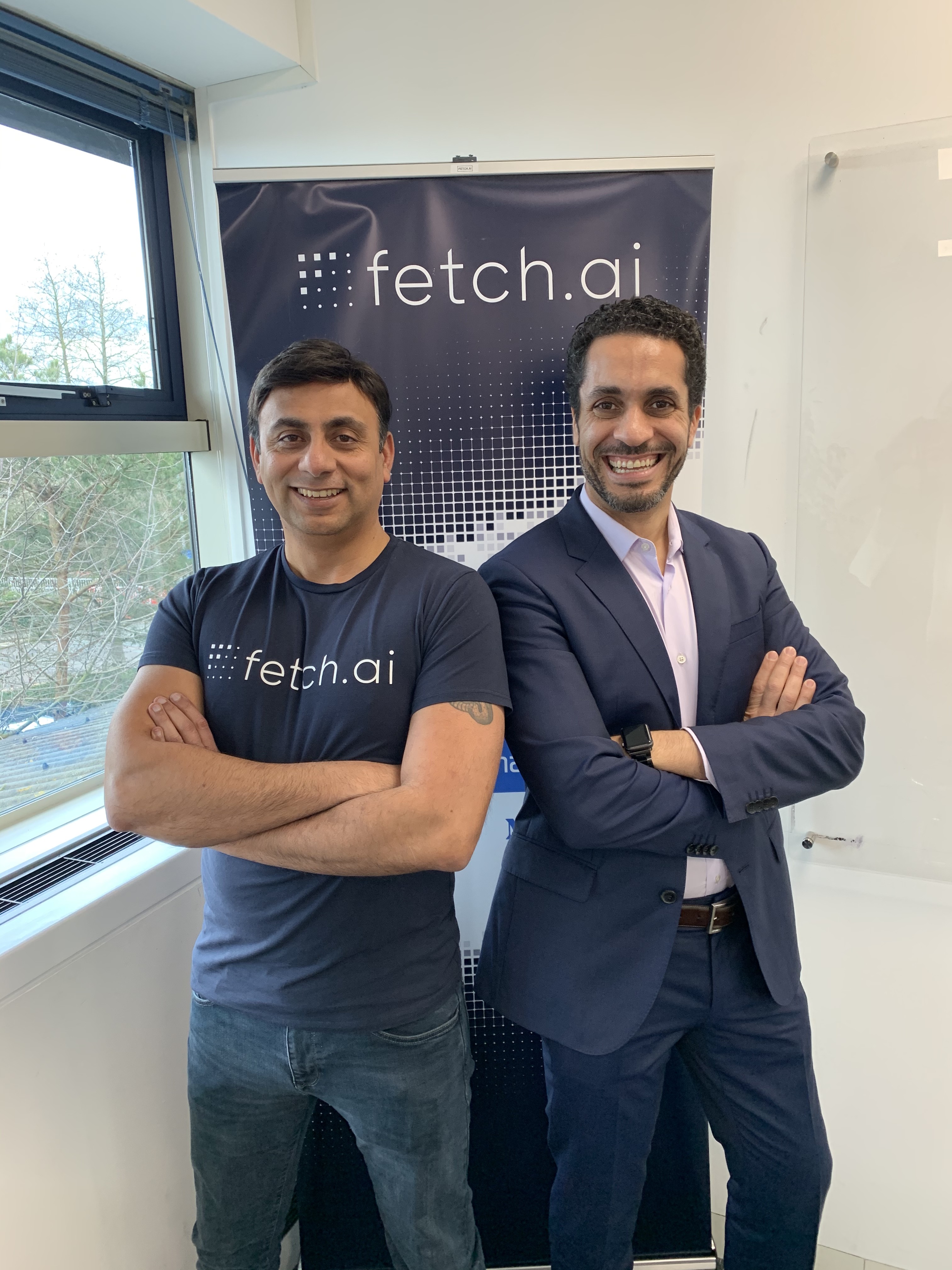 Humayun Sheikh is the CEO & co-Founder of Fetch.ai. Fetch.ai is an 18 months old company that develops solutions around multi agent systems that utilises the principles of the technology behind blockchain. In this podcast we discuss Fetch.ai and how autonomous economic agents can transact and settle transactions autonomously in an economic manner to facilitate the exchange of insights and inferences without the sharing of data sets.

***Image taken on the 27th of February prior to social distancing***

For Humayun, blockchain is just a record keeping mechanism that has the unique feature that enables people to interact with it in a decentralised manner without the need for a centralised entity to control it.

Its other interesting feature is that you can exchange economic value on it which makes it a key differentiator from a centralised database.

In today’s digital world we use a lot of technology. Unfortunately, it is done in different pockets of different things. The challenge is that as we try to connect them all we are faced with issues of interoperability.

For example, how does an individual’s train timetable get connected to their personal assistance? How does their calendar become aware of the train timetables and its possible delays? These examples illustrate some of the very inefficient interconnectivity that people have to deal with in their lives.

Attempts to connect all these services require an exchange of economic value to enable the settlement of these services. Because of these reasons, Humayun believes we are living in a suboptimal world because you can’t build a centralised system from top down which can account for all of these problems. These challenges has led to an increasing move towards software defined systems and autonomous systems.

Whilst APIs are an attempt at trying to facilitate interconnectivity between disparate systems they still require software to be written to connect them up. Additional code is also required to extract the data and process it in a meaningful manner. Because of these reasons Humayun doesn’t believe we are solving the problem because organisations are still building solutions to connect different things together.

The other side of the problem is how do you discover those APIs? How can an organisation rapidly identify an API and connect with it without writing any code in a near real time basis?

What is Fetch.ai and its mission?

These three components are effectively the different components of Fetch. Fetch is a layered solution that provides a substrate where the economic value exchange, the search and discovery and where the actual physical connectivity can take place.

These three components are delivered via Fetch’s:

With a multitude of existing distributed ledger technology (DLTs) which exist, Humayun explained why Fetch built their own ledger. In order to run autonomous software which is going to do search and discovery, which is also going to do a value exchange and do all of that in real time, you need a ledger system.

The nodes within that system facilitate the search and discovery. The system needs to facilitate near real time economic exchange. It has to be very fast because all the economic agents on the system need to exchange small amounts of value in high frequency with a high throughput. In addition, the incentives have to be aligned to support this kind of economic exchange of value.

Fetch’s DLT solution is unique as it takes the best of a Directed Acyclic Graph (DAG) system and combines it with a blockchain system to create a DLT solution that is 3 to 10 times faster than most DLTs on the market.

Last year, Insureblocks hosted Raghavendra Kulkarni from Bosch where he explained to us the move from internet of things (IoT) devices to economy of things (EoT). Humayun agrees with that view as IoT devices are relatively dumb. They act like sensors that feed data to a centralised system. To make them more efficient you have to give them economy and autonomy, and that’s what the autonomous economic agent (AEA) concept is.

Autonomy of an agent is where, if required, it can make decisions. Economics of an agent means having the potential ability or capability to actually transact economically, so it can exchange economic value. An agent is a software agent. When you give it the capability to make a transaction and settle a transaction autonomously that’s when you have an autonomous economic agent.

As these AEA complete tasks they are generating some knowledge – prediction, little bit of data or actions completed for doing a transaction. Fetch’s system takes all these pieces of data and actions to generate some kind of collective learning. An example of this kind of collective learning is with autonomous cars. Autonomous cars are effectively AEAs who can co-ordinate between themselves, with a bit of an economic incentive, ways to improve the flow of traffic. Dynamic taxation and dynamic insurance could be implemented depending on the journeys autonomous cars take or don’t take. This can’t be done in a centralised system today.

Another key feature of an AEA is their ability to acquire skills. Negotiations skills to enable AEAs to do a bid can be added. Agents can connect to skills such as machine learning, AI, algorithmic skills and many others. Fetch provides agents with a library of skills but developers can develop their own skill and add it to a marketplace of skills.

Fetch isn’t looking to design their own identity protocol themselves for agents and will be using a readily available solution from the market. They have been experimenting with Sovrin after a recent self-sovereign ID implementation.

Data sets vs predictions and inferences

Humayun is opposed to sharing data due to its high costs. The model that they’re building at Fetch is one where organisations won’t need to exchange actual data sets. The way this will work is that agents will take the data and, with their processing skill sets, transform the data into inferences or predictions that they can share. The actual data sets aren’t shared.

Humayun provides an example that if he was to decide whether or not to go out with an umbrella he is going to make inferences that (1) it’s not raining and (2) it’s not expected to rain for the next four hours and as he is going out for only two hours he shouldn’t take an umbrella. His decision was made on predictions and not on actual data sets.

Fetch’s objective is to get to those predictions rather than just data sets. Humayun clarifies that this approach works for decentralised systems and not for centralised ones.

Multi-agent optimisation systems can be seen in two ways:

Fetch worked with Warwick University on a model that involved a central control system that runs multi-agents that can optimise both the whole situation and themselves.

Warwick University has a whole energy deployment where they generate their own energy. They combine heat and power systems which run both heating and air conditioning. They were optimising both of these systems individually and also together.

Fetch’s trail with Warwick University involved giving the different energy components autonomy and letting them interact with each other. Based on an economic value exchange they could learn and improve each other and the whole. The agents were also equipped with reinforcement learning so that they can learn from their past experiences.

MOBI is the mobility open blockchain initiative. It’s CEO, Chris Ballinger, was featured on Insureblocks on the 8th of March 2020: Introduction to the Mobility Open Blockchain Initiative (MOBI).

Fetch was an early contributor to the MOBI initiative. Multi-agent based systems for example are perfectly suited for the complex supply chains that exists in the automotive sector. Each of the stakeholders within the consortium have different objectives and their incentives aren’t necessarily aligned. This generates a conundrum as the players wish to collaborate but they lack the desire to share data. With Fetch they don’t have to share date, they can share insights. At the moment the Fetch team is working on a prototype model for MOBI.