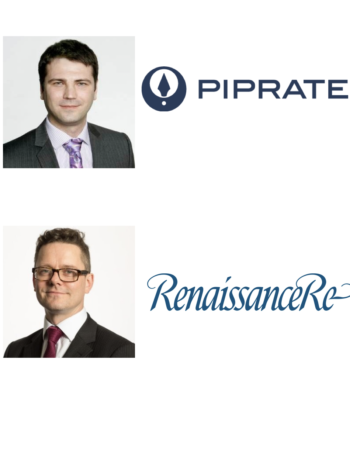 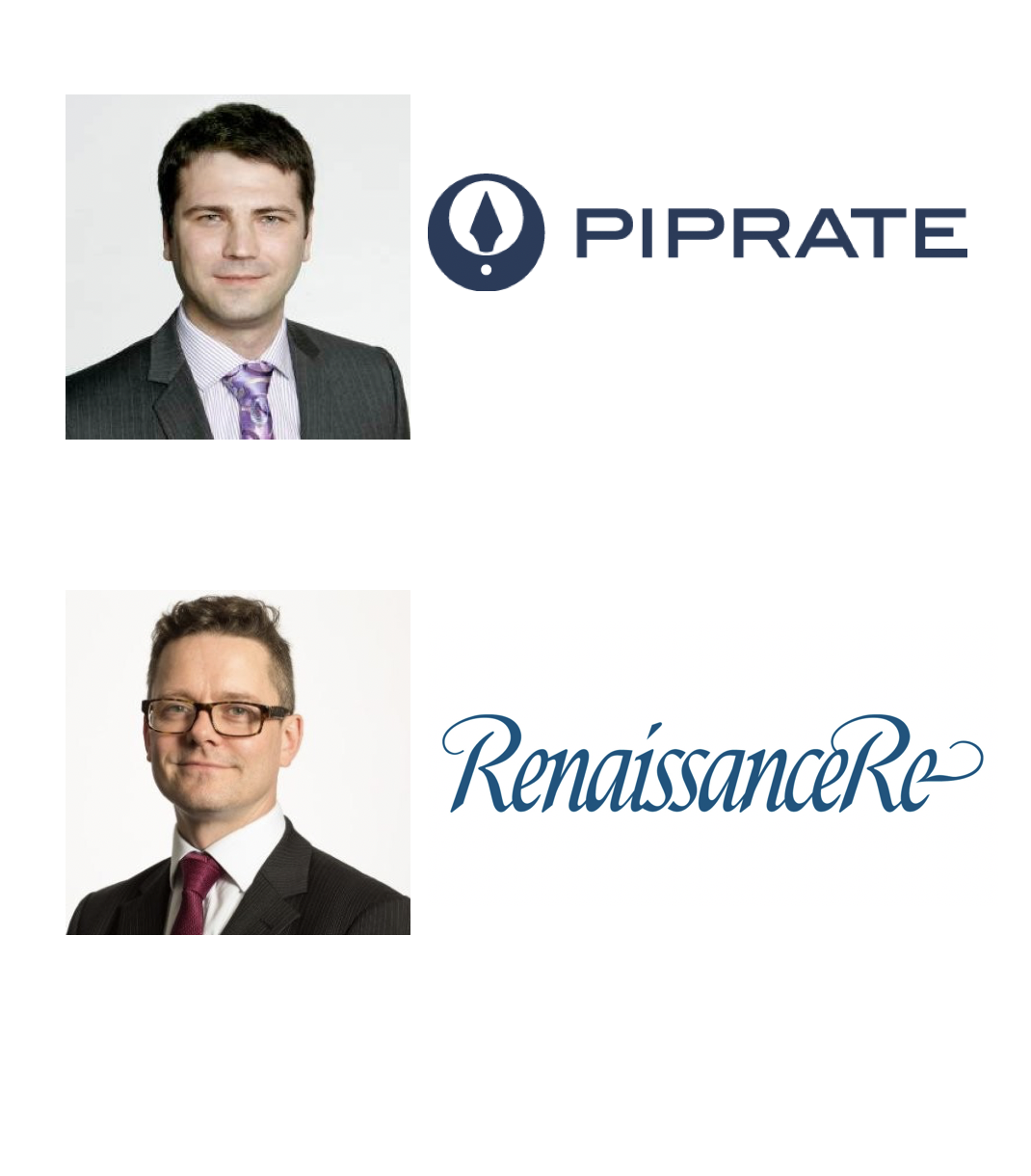 Welcome to another exciting episode of Insureblocks! Today we are joined by Stan Nazarenko and Karl Stanley who discuss how blockchain can enable seamless data transfer in the insurance industry.

Stan Nazarenko is the CEO of Piprate which is an InsurTech data sharing platform. Piprate aims to provide companies in the insurance and reinsurance space with a way to share data that creates trust, accountability and transparency.

Our guests were asked the customary Insureblocks question to share their perspective on what blockchain is and perhaps, what it means for the insurance industry.

According to Karl, from a non-technical perspective, blockchain is a shared and tamper-proof data store. From a technical perspective, it is a decentralised shared ledger which relies on distributed computing and asymmetric cryptography (public-private key pairing.) Distributed computing is important since the ledger is shared by all parties and replicated across all nodes in the network and cryptography maintains the security of the system. Explaining further how cryptography secures the system, Karl stated that since blocks are hashed, a change in data stored in a block results in a change in the hash which indicates that tampering of data has taken place!

Stan chose to provide a less technical and more business-oriented definition of blockchain. He stated that blockchain is a technology that allows a network of participants to agree on a single, shared and consistent state of the world. It also allows participants to update the state.

Insurance professionals are always looking for the most attractive risk. Precise and trusted data is required to understand risk. Today’s data sharing involves a combination of excel spreadsheets, emails, file shares etc. These methods of data sharing are not secure, not compliance friendly and pose the grave threat of cyber risk.

Piprate permits seamless data sharing by using data wallets –  a list of all data possessed by a member of the network. The goal is to help everyone along insurance value chain to get most comprehensive risk representation – thereby bringing risk closer to capital, permitting better pricing and facilitating precision underwriting.

Why did Piprate choose blockchain?

Stan was posed the question on do they really need a blockchain based system for the effective exchange of data between the parties along the value chain. In his view the challenge of using  APIs either to connect insurance players along the value chain or via centralized institutions is three fold:

Given that blockchain is a nascent technology and is rapidly evolving, it was natural to ask Stan why he felt that blockchain would be able to stand the test of time i.e. couldn’t the problem with APIs described by Stan occur with blockchain too?

Stan explained that Piprate has adopted a blockchain agnostic approach by building an abstraction layer on top of the blockchain which allows seamless switching between providers.

Why does blockchain interest Renaissance Re?

Karl believes that the distributed ledger technology has a strong use case for insurance. Initiatives such as the RiskBlock Alliance (the Canopy 2.0 framework was discussed in a recent episode) and B3i (an announcement by B3i was made in a recent episode) indicate that blockchain has been getting a lot of attention from the industry.

Since different members of insurance value chain need to access the same underlying data in a trusted manner, blockchain is likely to play big part in the future of the insurance industry.

Over the past 25 years, since Renaissance Re has come into existence, technology has developed rapidly. According to Karl, Technology Ventures aims to observe the emerging technology trends and make recommendations for transforming the current framework.

He takes the example of underwriting systems at reinsurance firms – not too long ago such systems were built from scratch up. Today, there is no need to do so when you have so many third party services, such as Office 365, that you can plug into using APIs.

Karl echoed the growing sentiment in the industry that there is a need for incumbent-insurtech partnership. Incumbents are beginning to acknowledge that not all capabilities can be built internally, and it is a race to find which 3rdparty tools can be leveraged to get a competitive edge in the soft market conditions today.

Why is blockchain important in insurance?

Karl emphasized that 3 key features of blockchain – the presence of the distributed tamper-proof ledger, existence of smart contracts and possibility of tokenization are extremely important.

Since the distributed ledger is tamper-proof, shared data store, it serves as a provenance solution. Recent blockchain solutions to address Proof of Insurance – POI (a Marsh and IBM collaboration) and First Notification of Loss – FNOL can streamline the process of technical accounting in the industry.

There exists tremendous scope outside of insurance, the ledger can be used in the housing industry by moving a title deed on public asset blockchain i.e. if a bank needs to take possession of a house due to mortgage default, it involves a paperless and quick transfer of digital title.

The ability to automate (to a limited extent) processes such claims handling and payouts through smart contracts can provide huge cost savings soon.

Tokenization is an alternative way to capitalize risk takers. Black Insurance, which we covered in a recent episode, is a decentralised insurance marketplace built on a tokenization model.

Though tokenization has less immediate use due to lack of regulatory clarity on ICOs, distrust in ICOs due to fraud and lack of customer education, it has the potential to have immense impact in the long term.

At this point, Stan added that the Adoption of blockchain in insurance is a big leap in terms of data management.Preservation of data has always been a problem – people in the industry (until very recently) have just accepted this problem. However, the emergence of blockchain, which offers a potential resolution to such problems, has brought such issues back into the spotlight.

Roughly a month ago, Piprate, Renaissance Re and TigerRisk Partners, announced the successful completion of a commercial POC for the transfer of exposure data.

The goal was to explore how the platform and blockchain can be used for one specific problem – exposure management in reinsurance industry.  Piprate wanted to prove that blockchain technology and the platform provided a seamless experience by facilitating near real-time conversation between brokers and reinsurers (like the real world) and data exchange which was immutable.

How is the Piprate platform different?

Stan highlighted although Piprate shares the same underlying technology as the products offered by others (such as B3i),Piprate models and treats data differentlt – the focus is on how different data sets can be combined to a single coherent data set – the implementation of this idea is in the form of a Global knowledge graph.

Piprate complies with the FAIR data principles and the JSON universal data format for exposure and other structured data so that it is easy to process on both sides to achieve longevity.

Why did Renaissance Re chose to work with Piprate?

The origins of the idea for a solution to facilitate exposure data transfer was a white paper written roughly a year ago by Blythe Walker, CTO  at Renaissance Re and Ian Branagan, CRO at Renaissance Re.

Speaking from his own experience, Karl stated that the workload is seasonal and removal of mechanical work from the workflow would ease pressure on the analysts to let them focus on pricing deals. He also added that at the time of writing the white paper, blockchain was not mentioned.

Karl and Stan have worked together in the past at Renaissance Re hence both parties felt there was an element of familiarity and reduced execution risk.

He further added that this POC has confirmed two things – the exposure exchange concept does work and blockchain can be used as the underlying data transport layer.

The next steps for Piprate

Stan stated that Piprate plans for a test network launch in early January 2019 and will be interested in gathering feedback from all participants.

As an InsurTech, Piprate believes that other InsurTech firms can provide interesting insight into risk through exposure data – Stan hopes offerings from other firms can be made available via their platform. The focus is on building a pipeline to process data as it enters the system.

Stan shared some ideas such as being able to derive individual property-level insight from data or the use of machine learning tools to check authenticity of claims images provided!

Stan clarified that the blockchain agnostic approach doesn’t equate to interoperability as connections between blockchain protocols still needs some work but in terms of data representation there is 100% portability.

Karl asserts that there is a window of opportunity today with blockchain – it is cutting edge today, it will transform the industry but tomorrow it will be something that everyone will use.

Stan and Karl provided have some excellent insight into how blockchain can transform the insurance industry by bringing trust, accountability and transparency to the process of data transfer.

Thank you, Stan and Karl!